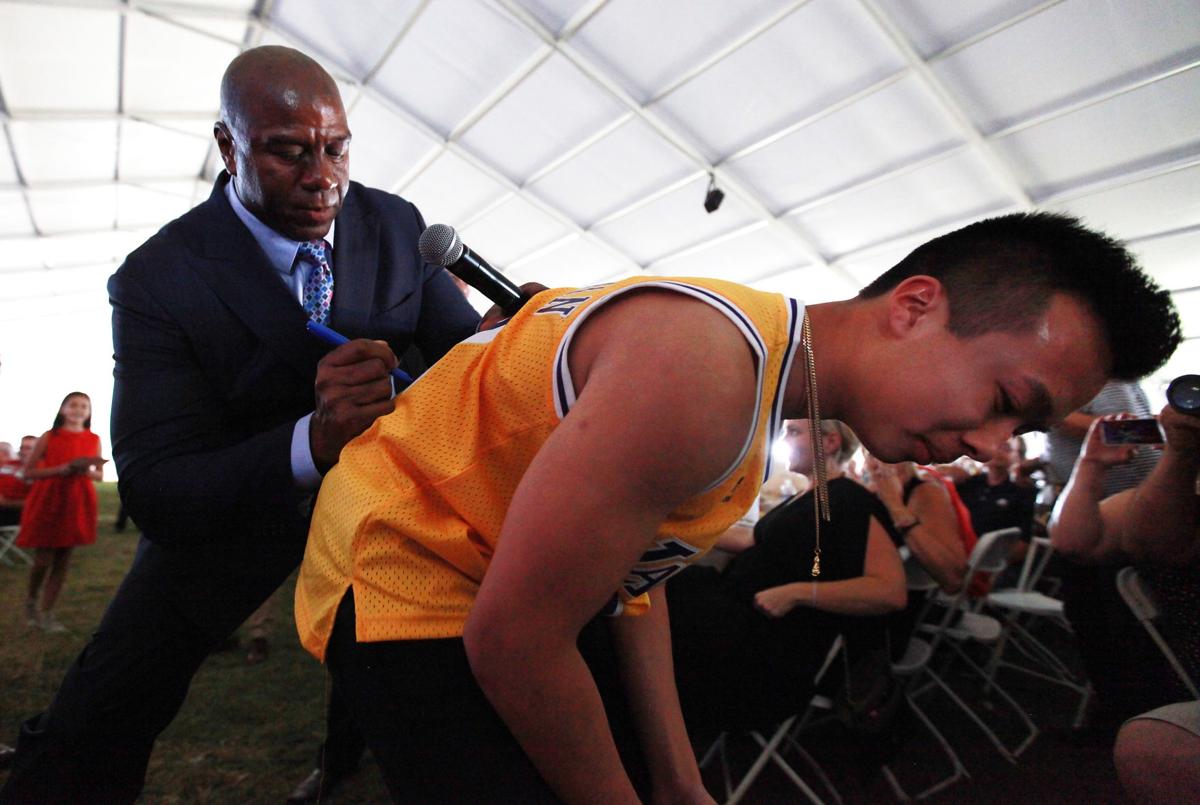 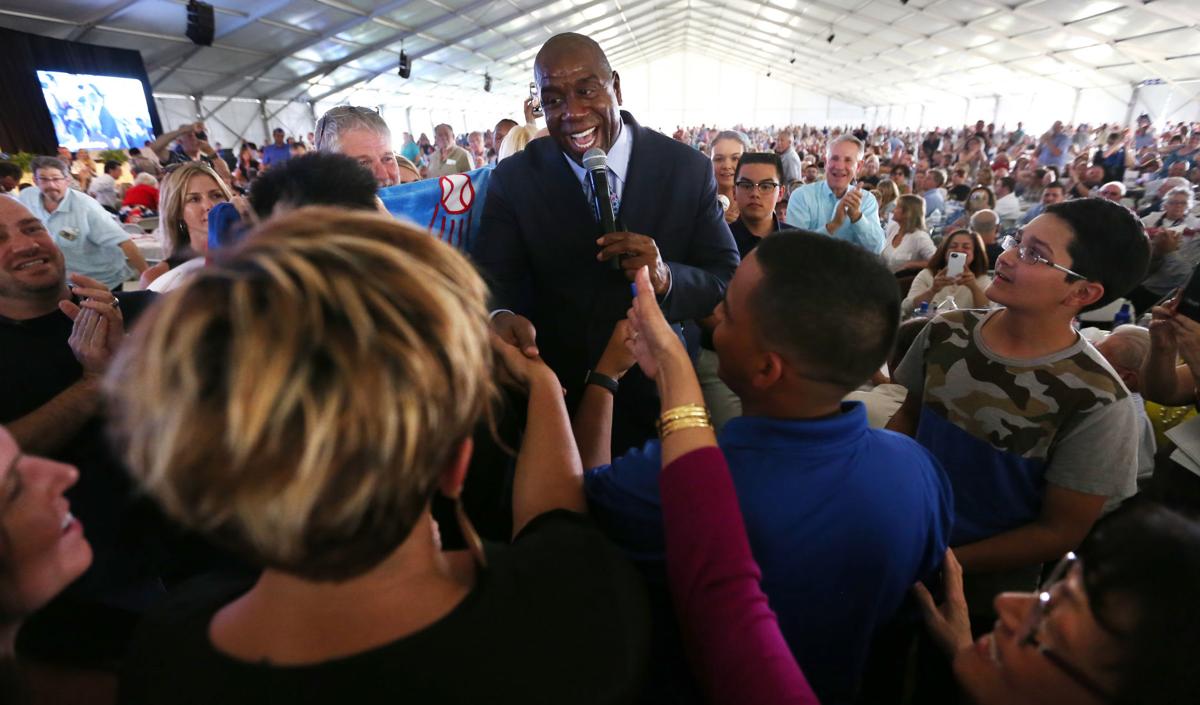 Speaker Magic Johnson gave most of his speech while walking through the crowd at the Bakersfield Business Conference. 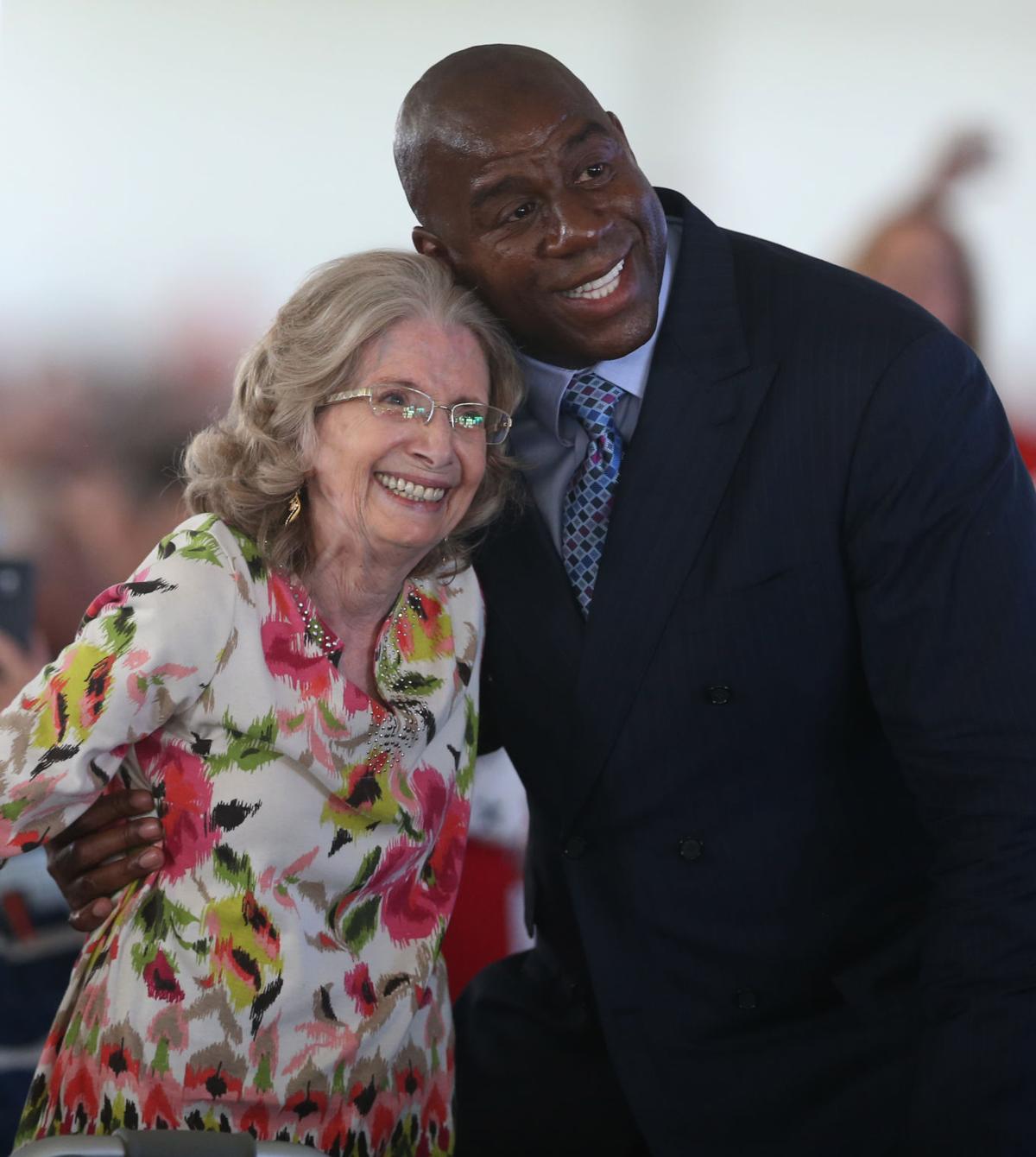 Magic Johnson poses with Carolyn Kenric during his walk through the crowd at the Bakersfield Business Conference. 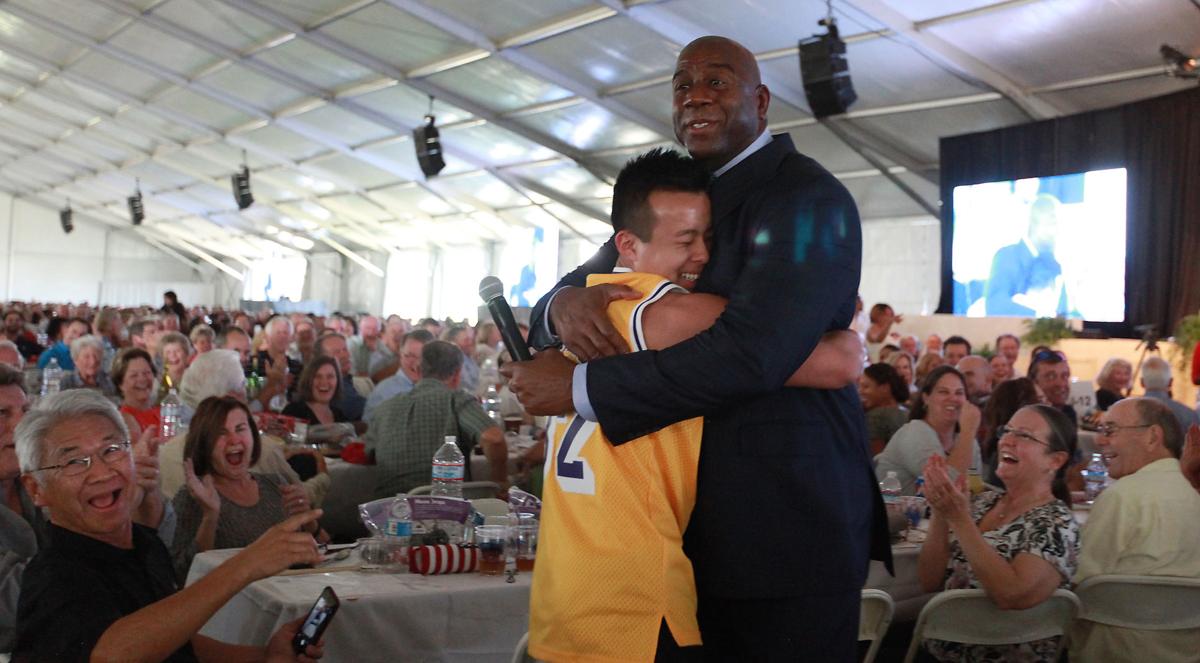 Wearing his Magic Johnson Lakers jersey paid off for Sean Nguyen as the Frontier High student got a hug from the NBA great at the Bakersfield Business Conference.

Speaker Magic Johnson gave most of his speech while walking through the crowd at the Bakersfield Business Conference.

Magic Johnson poses with Carolyn Kenric during his walk through the crowd at the Bakersfield Business Conference.

Wearing his Magic Johnson Lakers jersey paid off for Sean Nguyen as the Frontier High student got a hug from the NBA great at the Bakersfield Business Conference.

As the political tone of the Bakersfield Business Conference reached a crescendo, with James Carville and Ann Coulter interrupting each other over who interrupted whom first, there could only be one antidote.

The Lakers legend and longtime entrepreneur, who’s also a part owner of the Los Angeles Dodgers and the L.A. Sparks of the WNBA, spent most of his 30-minute segment meeting and greeting the crowd in between detailing his great successes in sports and business.

His reminder that he won a college basketball national championship and five NBA titles was followed by a hug from a teenager wearing his jersey, Frontier student Sean Nguyen. A detailed list of Johnson's business deals — movie theaters and Starbucks that cater to urban areas, for starters — was interrupted by selfie-seeking fans, both young and old.

Magic’s meet-and-greet was in direct contrast to most of the rest of the conference, and if his speech lacked in substance it was overflowing with style.

When one woman told Johnson she was looking forward to seeing him more than any other figure Saturday, he feigned shock: “You didn’t come here to see them argue about Republicans and Democrats? Just to see me? Man, God is good. It’s so beautiful.”

In a press conference later, Johnson said he supported Hillary Clinton, that he had known Donald Trump for years and that “people are starting to see who he is.”

But inside the tent, with 6,000 or so rapt fans hanging on his every word, Johnson stayed away from politics and focused his oversized personality on discussing his success and connecting with the crowd.

“It wasn’t easy for me in the beginning,” he said. “I had to get rid of dumb jock syndrome. I had to show people that said, ‘Magic can play basketball, but can he run a business?’ I had to show them...”

Then Magic Johnson stopped mid-sentence as another child approached him.

Magic Johnson and the crowd at #BakoBizCon

The American way of life is being systematically dismantled by a disconnected, self-interested ruling elite, longtime National Rifle Associati…

Dr. Ben Carson, the only Republican during the primary season to offer a true challenge to Donald Trump, said nothing about the controversy cr…