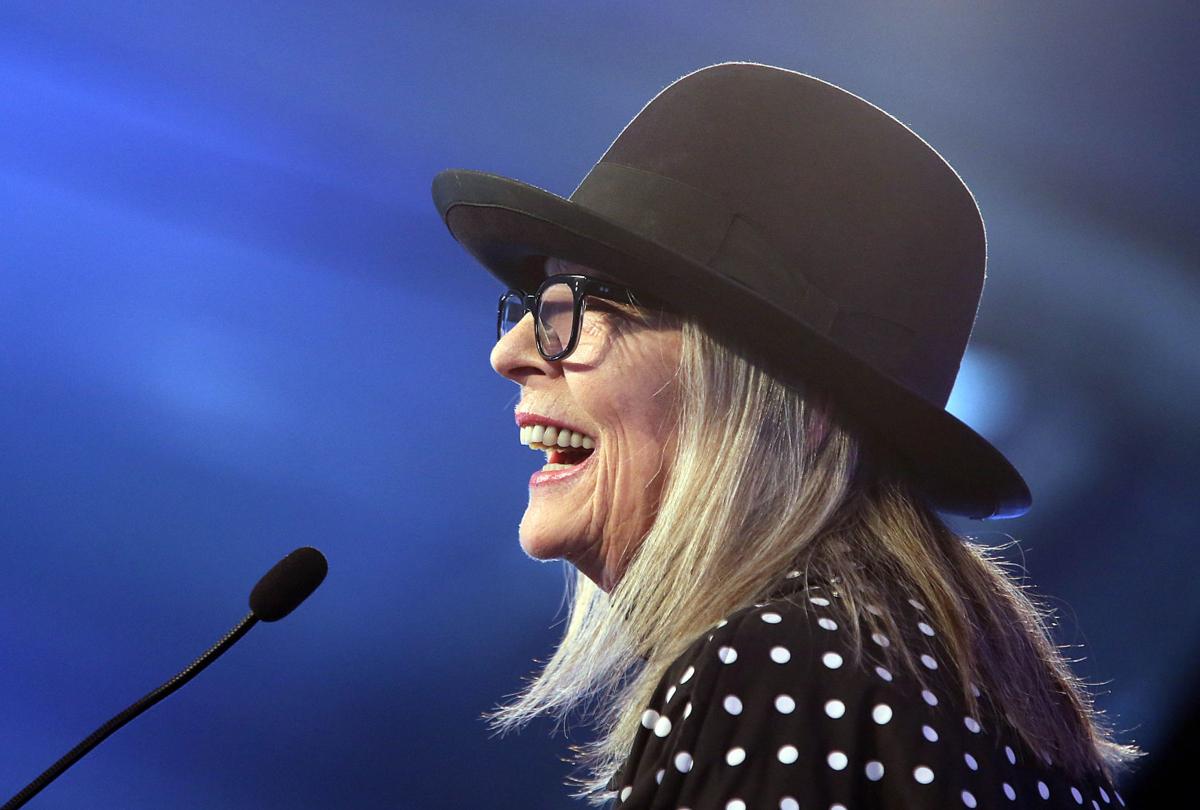 On a day, in a place, where politics reigned supreme, actor and leading lady Diane Keaton came to the Bakersfield Business Conference on Saturday to talk about a very different subject:

You know some in the audience rolled their eyes when the veteran of such films as “The Godfather,” “Annie Hall,” “Looking for Mr. Goodbar,” “Reds,” “Baby Boom,” and “Something’s Gotta Give” introduced her topic. It took guts and a measure of moxie to stand before a crowd hungry for political red meat and talk about lifelong friendship, the power of romantic love and what it has meant in her life — and to her long, successful career.

“Fifty-five million women over 50 live in America, and 21 million are single. I’m single,” she said.

The Los Angeles native recalled, at the age of 6, first falling in love with Judy Garland in “The Wizard of Oz.” Then Doris Day. And then others.

Later she realized she wanted to be funny. And to be loved for it.

“I wanted people to love me like they loved movie stars,” she told the huge crowd in the big tent.

History shows she achieved her desire.

“I chose my dream, and you know what? My dream came true,” she said.

But like all dreams achieved, the reality was different from the vision.

“It was better than I could have imagined,” Keaton said.

It had everything to do, she said, with “the intensely romantic experiences” she had the good fortune of sharing with many people, including those experiences that took place up on the silver screen.

“Warren Beatty shot at least 45 takes of my close-up (in “Reds”) before I got it right,” she said, laughing. But, oh, when it was right, it was right.

And her memories of those experiences still sing.

She treasures her friendship with Jack Nicholson, a friendship that began after the pair co-starred in “Something’s Gotta Give,” one of those rare movies that “give validation to older women.”

Keaton read aloud from a moving letter she wrote to Nicholson, and spoke about how one’s views of love change with age.

Keaton, also an accomplished singer, ended her address by singing a few lines from the song “Seems Like Old Times,” which she sang in 1977’s “Annie Hall.”

Staying up for hours

Doing things we used to do

Being here with you.”

The American way of life is being systematically dismantled by a disconnected, self-interested ruling elite, longtime National Rifle Associati…

Conservative radio show host Hugh Hewitt, expected to talk Saturday about his tweet earlier in the day calling for Donald Trump to leave the p…