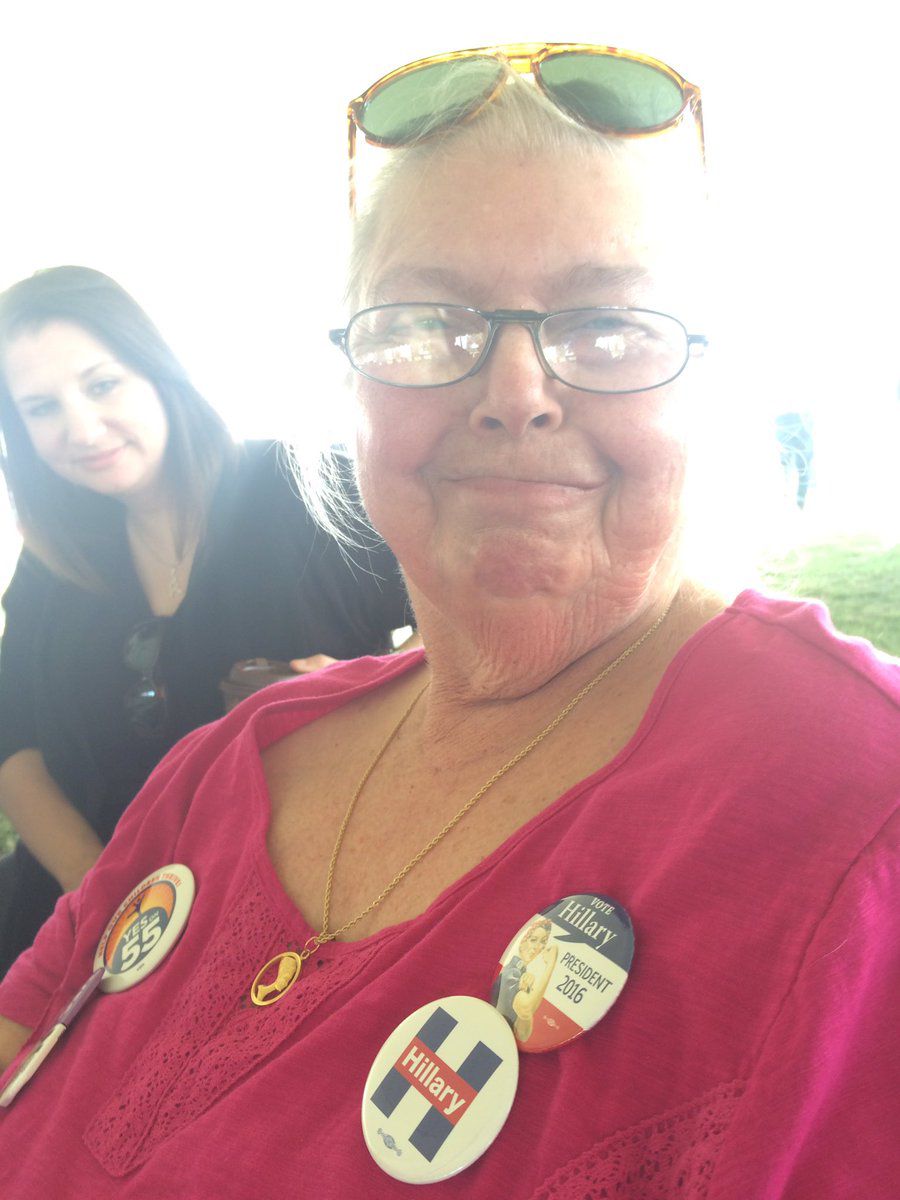 What's it like being liberal at the largely conservative Bakersfield Business Conference? Pam Baugher: "Somebody has got to stand up for what is right." 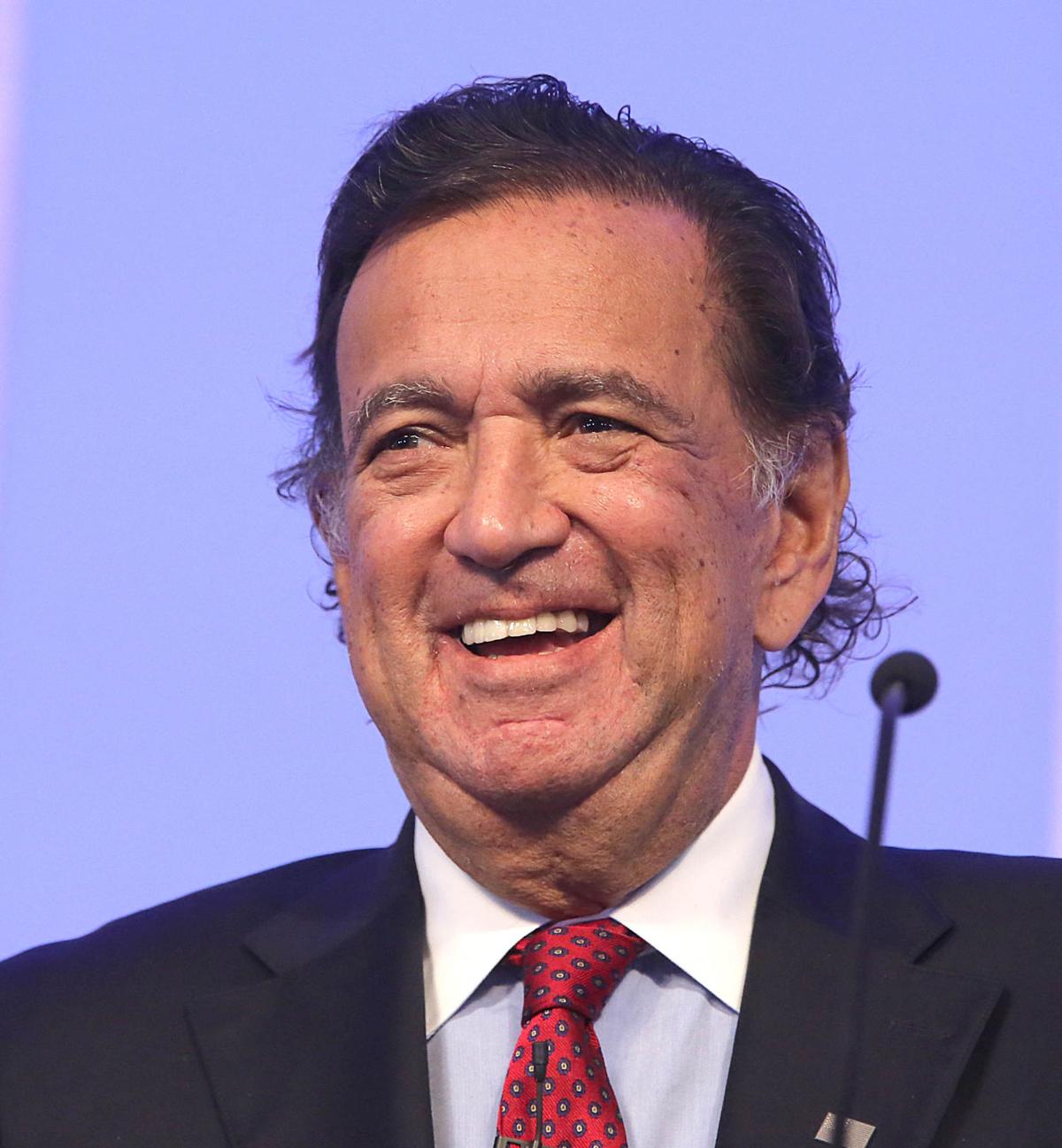 What's it like being liberal at the largely conservative Bakersfield Business Conference? Pam Baugher: "Somebody has got to stand up for what is right."

When former New Mexico Gov. Bill Richardson took to the stage, he said that, along with “that guy in the kitchen,” he was the only Democrat at the heavily conservative-populated Bakersfield Business Conference.

For the most part, conference attendees lean right, but Richardson was right about one thing – some of the volunteers and folks working concession booths, who weren’t paying the more than $300 ticket price to attend, were Democrats.

“Let’s just say I do a lot of theater,” said Kookie Pou, who would only provide his stage name to The Californian. Pou added that he took the job because car payments and veterinarian bills are piling up, but that he would probably be more excited to work the event if it were lousing with liberals.

Julie Gibson, a registered Democrat volunteering Saturday, was sporting an Emilio Huerta for Congress and Hillary Clinton for President pin. The conference, she said, is not all Republican or Democrat, just a good place to be informed.

“Although it is dominated by Republicans,” Gibson whispered, breaking from her political correctness.

That’s where Alyssa Galloway, a Bakersfield-born lobbyist who moved away to the Bay Area after high school with her husband, Casey Sparks, waited outside to take photos with the Democratic figurehead.

Galloway grew up in a Republican household, but had attended the event with family growing up.

“I’ve been to Bakersfield about a dozen times, and it takes a while to learn the culture,” Sparks said before his wife cut him off.

“Say positive things, Casey,” she chastised him before they bickered for a moment. Galloway didn’t want her parents reading Sparks putting down political leaders they admire.

He hemmed and hawed, then did the smart thing, falling in line with his wife.

As the Politichicks debated, Bakersfield City School District Board Trustee Pam Baugher was sporting a Hillary Clinton campaign button — two of them, actually. And she was using a Hillary lawn sign as a sunshade.

“There’s no doubt I’m a minority here. Somebody has to stand up for what’s right,” Baugher said, adding that a conference volunteer told her she wished she could wear the same button, but didn’t want to appear partisan.

Baugher’s not a registered Democrat – in fact, she was a registered Republican for most of her life up until May. What made her jump ship?

She describes herself these days as a political moderate, voting for people, not parties. She groused at the Politichicks rhetoric in the tent.

“These two have drunk the Kool-Aid,” Baugher said as one of the Politichicks talked about how Clinton would bring in “refugee after refugee.”

Baugher, who was at the conference with her liberal daughter and her friend, said they both had abandoned her during that presentation.

“They couldn’t stand it,” Baugher said.

It may have taken the last six years off, but the 2016 Bakersfield Business Conference holds…

LOU HOLTZ: 'You have to choose to succeed'

At age 79 and no longer coaching major college football, you’d think Lou Holtz might have lo…

On a day, in a place, where politics reigned supreme, actor and leading lady Diane Keaton ca…

Dr. Ben Carson, the only Republican during the primary season to offer a true challenge to D…

As the political tone of the Bakersfield Business Conference reached a crescendo, with James…

Some people say that outer space is the final frontier, but Ann Romney, former first lady of…

The American way of life is being systematically dismantled by a disconnected, self-interest…

Conservative radio host Laura Ingraham addressed the 800-pound gorilla right away: She is no…

SPECIAL GUESTS: A trio of heroes

The end of the Bakersfield Business Conference’s program is reserved for special guests, and…

CARVILLE VS. COULTER: Everything you hoped for — and more

Biz con all Trumped up

It was not a great day for the Republican Party in most of the country Saturday, but you'd never suspect anything was amiss with the GOP presi…