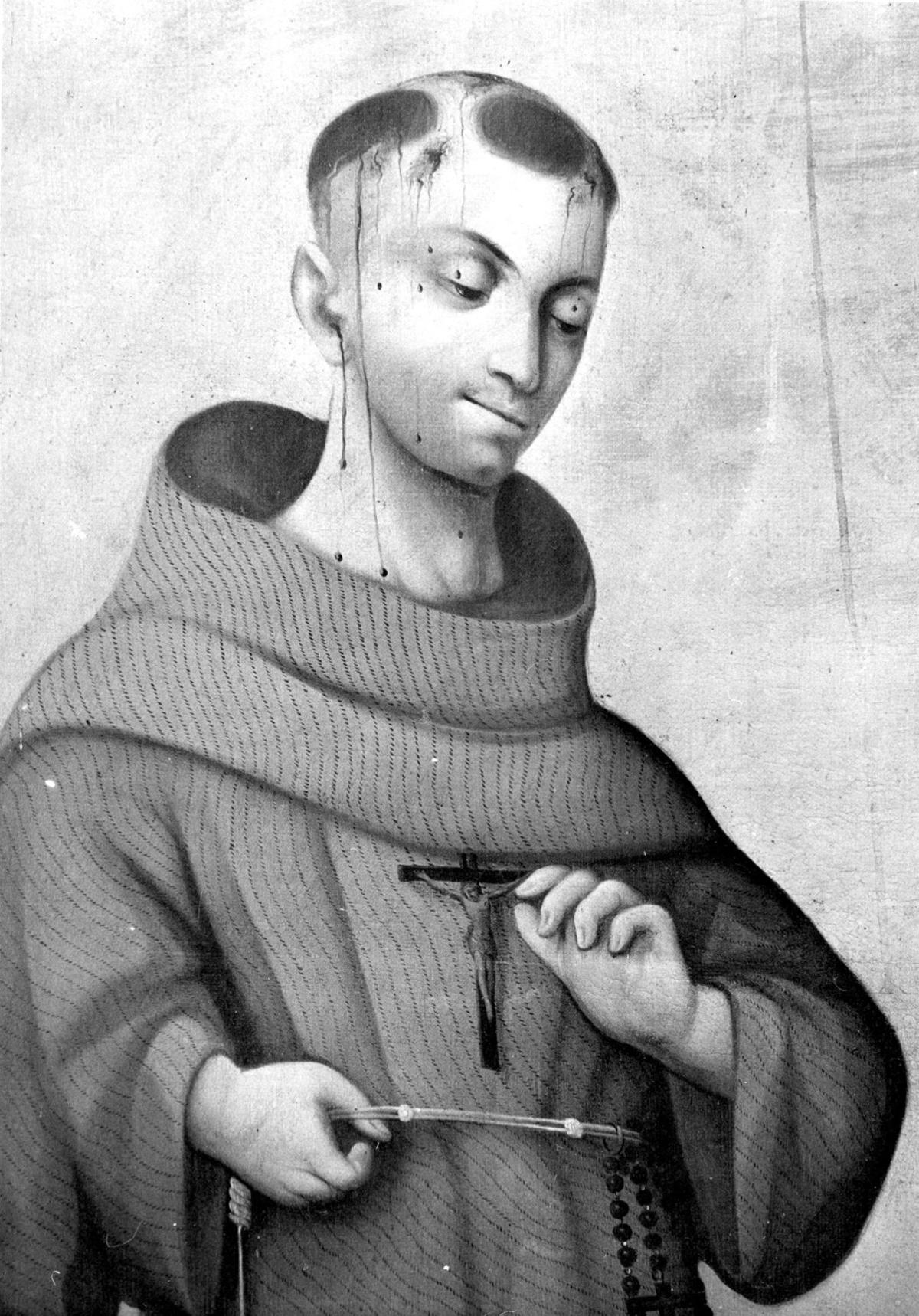 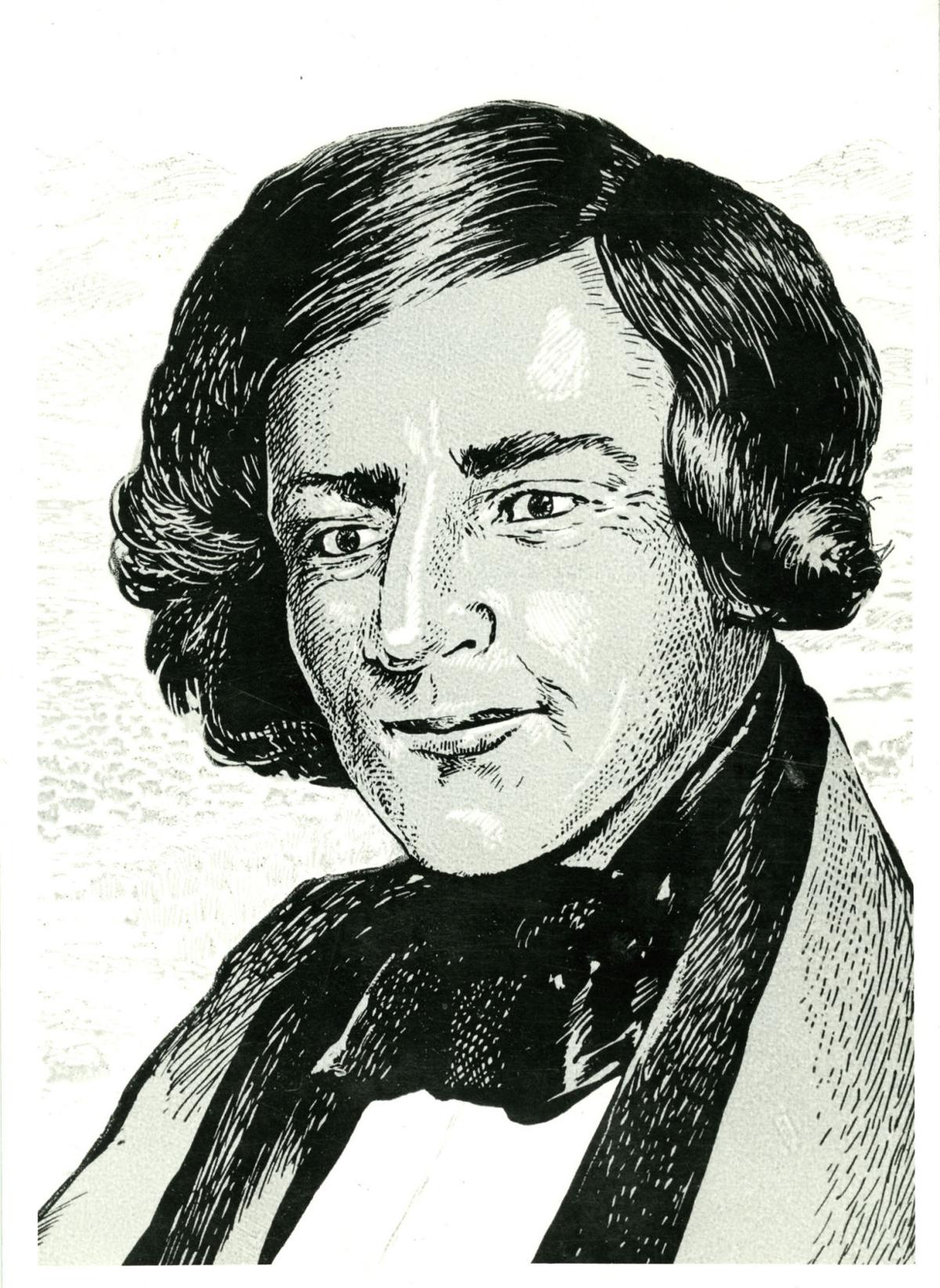 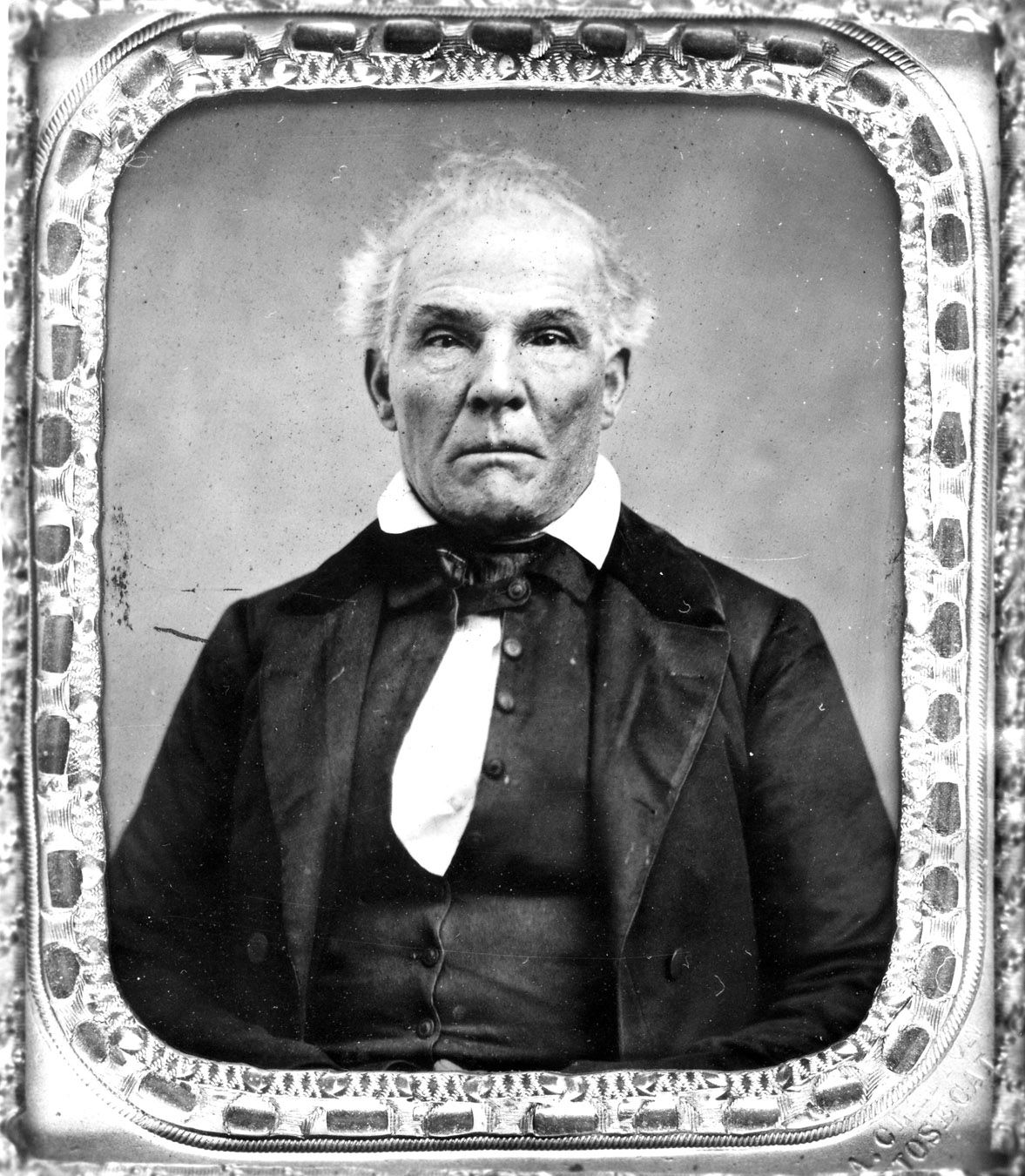 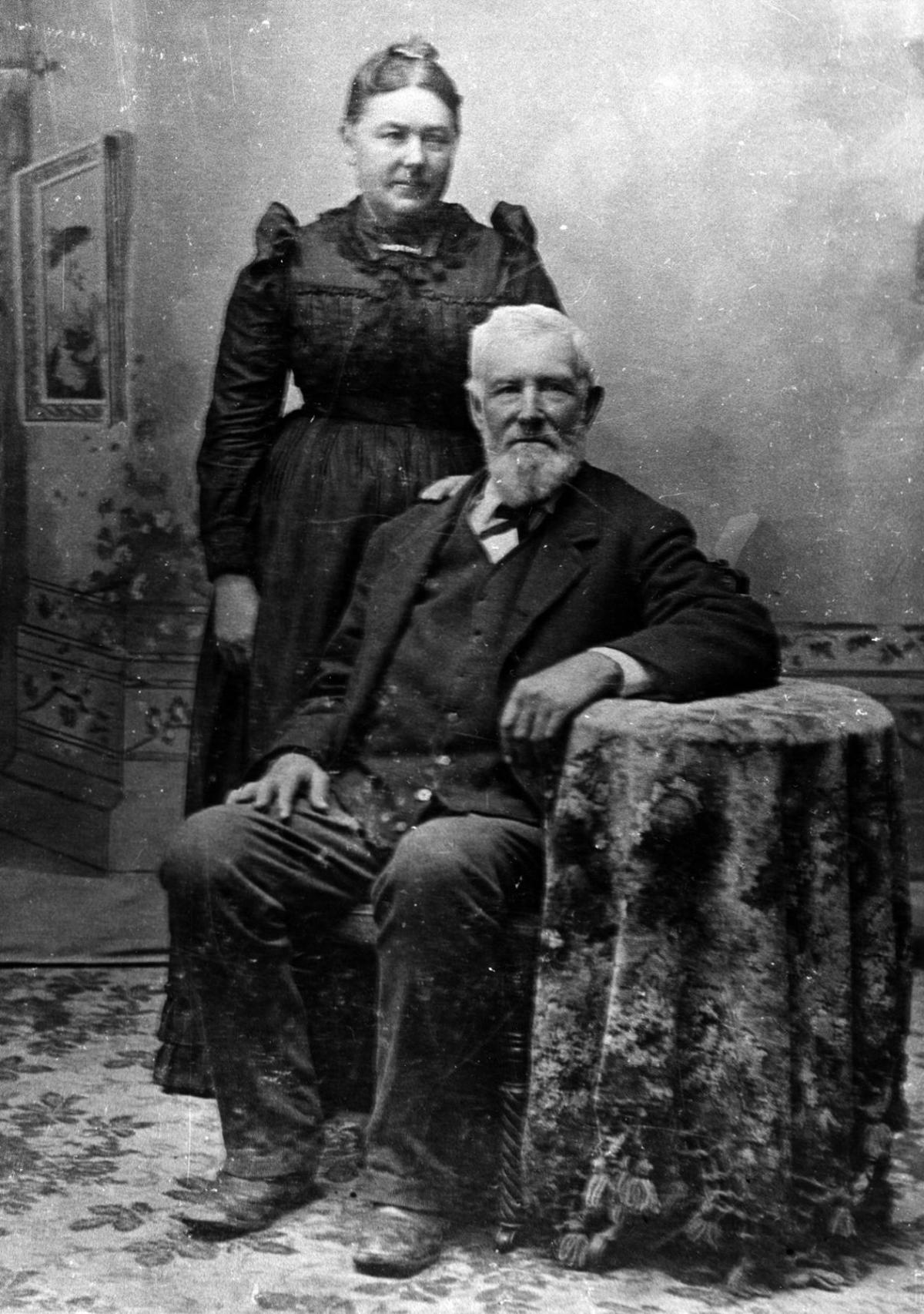 To celebrate the 150th birthday of Kern County — officially established April 21, 1866 — The Californian is digging into its archives and other research and serializing pieces recounting local history.

“Buena Vista,” or “good view,” as this valley was first described by explorers from their vantage point at the mouth of the Grapevine, also became a good place to settle. Commander Don Pedro Fages, acting governor of Upper California, entered the southern San Joaquin Valley in 1772 in pursuit of two army deserters. His first glimpse of the valley, his famous and lasting first utterance, began the years of exploring and finding what Buena Vista and Kern County had to offer.

On May 1, 1776, the Spanish Franciscan Padre Francisco Garces came into what was to become  Kern County in search for a shorter mission route from Sonora, Mexico, to Monterey.

The Padre joined his four Mohave Indian guides on foot, and led a mule with his provisions over the Tehachapis through Tejon Canyon and down to Cottonwood Creek. He stopped a few miles east of present-day Bakersfield on May 7, when he saw “a great river which made noise and whose waters” were “crystalline, bountiful and palatable.” He christened the stream Rio de San Felipe, which today is known as the Kern River.

His diary recalls the rest of the Garces tour through Kern. He left the Yokuts Indian village, went north-ward to another village east of where Delano stands today, where he conducted the first Christian baptism in the San Joaquin Valley. Upon his return trip to his home mission, Garces crossed the Kern River below the bluffs north of Bakersfield and reached the Mojave Desert via the Tehachapi Valley.

Fugitive Indians was the reason for the next recorded entry into the valley. Lt. Francisco Ruiz commanded the expedition in 1806, accompanied by another Padre — Jose Maria Zalvidea, who was looking for possible mission sites.

Although no missions were ever established here, the area was thoroughly traveled by the religious in search for the right spot to establish another headquarters. This 1806 expedition took a new route into Kern, entering through Cuyama Valley, crossing the Carrizo Plain to Rancheria Buena Vista and finally arriving at the present site of Bakersfield.

Padre Zalvidea renamed the Rio de San Felipe “La Porciuncula,” for a Franciscan jubilee, and the group left the valley over Tehachapi Pass.

The San Joaquin River was named in 1813. Gabriel Moraga, accompanied by Padre Nunez, crossed the country from north to south, and named the river “Joachim” in honor of the father of the Virgin Mary.

Within 40 years, the whole Central Valley was generally accepted by the name San Joaquin.

The county continued to be a haven for escaped fugitives and led to more exploration. The Grandos expedition entered the valley in 1815 in search of fugitive Indians from the missions. The missionaries’ quest also continued to be a reason for more exploration. In this pursuit, Padre Luis Martinez set out from San Luis Obispo Mission, with a body of soldiers, in 1816. The group visited the Buena Vista Lake area and returned home.

A historical marker a few miles east of Edison honors Jedediah Strong Smith, the first American to pass through the county.

“Mountain Man” Smith crossed Tehachapi Pass to the marked spot in 1827 and then turned north to the Kern River. Smith’s exploration efforts heralded the arrival of hardy fur trappers along the Kern River within a few years.

Trapping along the Kern was first noted during the winter of 1832-1833, when Ewing Young and his party gathered pelts there. The group had earlier entered the county by following Smith’s route over the Tehachapi Pass, guided by the famous Kit Carson.

Before finding the Kern River hunting grounds, they had trapped along the streams of the Sierra and the San Joaquin Valley. The Young party left the area by way of Tejon Pass, taking with it its pelts and much information about the geography and abundances of Kern County.

One of Kern’s most famous pathfinders was Joseph Reddeford Walker, who came out of the upper San Joaquin Valley in 1834. The pass he discovered was named for him as was the Walker Basin and the Joe Walker Mine.

Walker led an emigrant party to safety through his pass in 1843. The Chiles, who rode the first covered wagon into California from the east, were suffering great hardship until their meeting with Walker. The wagon could not meet the rigorous desert travel, however, so it was abandoned. The Chiles, packing what they could on horses and oxen, followed Walker over the pass on foot.

An interesting meeting with a bear is recorded at the site of present day Lebec. Little is known about the explorations of Peter Lebeck, except that he came to the area in 1836 and was killed by a bear in Cañada de Los Uvas, presently called Grapevine.

Carson again acted as a guide to an important expedition to Kern County when he and Alexis Godey accompanied John C. Fremont as he traversed the area on two of his five western expeditions.

In 1843, Fremont came down the valley en route to Santa Fe, crossing both the Tehachapi and Oak Creek passes. As the famous explorer searched for a mythical river that watered the desert, he crossed the Mojave Desert in an easterly direction. En route, he made note of the Joshua tree, labeling it “the most repulsive tree in the vegetable kingdom.”

Two years later, Fremont’s third expedition led him and a party of 60 to California. This trip was doubly important to this area because the party included Edward M. Kern as topographer for the expedition. Kern was a member of Walker’s group after it split with the others at Walker Lake.

In the same party were Godey, Richard Owens and Carson, who were traveling south through Owens Valley, intending to meet Fremont on the south fork of the Kern.

However, through a misunderstanding, Fremont and his group had pressed on over the northern Sierra and camped on the Kings River. Kern’s group waited for them for 22 days at the site of today’s Isabella Dam, enabling the topographer to utilize the time in making valuable notes of the terrain. After they moved on and met Fremont at Hartneil Ranch near Salinas, Fremont rewarded the topographer by renaming what had been Kern River.

Desert Spring and Indian Wells in Kern County provided the oasis that saved the lives of members of the Jayhawker-Sandwalking Company, who staggered out of Death Valley in 1849. They had been without water for five days and were delivered from their ordeal by the heroic trek of William Manly and John Rogers, who led them to the waters to quench their thirst.

The witty topographer Lt. George Horatio Derby traveled through this area in 1850. Better known by his pen name, John Phoenix, he drew very accurate reports and maps of his explorations.

A practicable route for a transcontinental railroad was the primary reason for the next exploration of Kern. During the summer of 1853, a surveying party of Army engineers led by Lt. Robert S. Williamson, with Lt. John B. Parke as topographical engineer, spent some weeks traversing the county.

Tehachapi Pass won over both Walker and Tejon passes in Williamson’s report, but his comment was that saying Tehachapi was “best” was all that he could say for it. Geologist William Blake also discovered the area known as Shark Tooth Mountain while on this same expedition. He gathered specimens for such noted scientists as Louis Agassiz.

The years 1854 through 1863 brought forth two more important expeditions. Among them was Fremont’s last, during which he crossed Kern County on his way to San Francisco. The other group visiting Kern during the period was the Whitney survey party, which passed through present-day Bakersfield. The recorder, William H. Brewer, gave excellent descriptions of crossing the Kern River, of Fort Tejon, San Emidio Ranch, Tejon Indian Reservation (now known as Sebastian Indian Reservation) and Willow Springs.

Thus, the pathfinders made Kern County known throughout the country and the settlers started moving in. The first man and his family to settle here came all the way from Arkansas in 1860. It was Christian Bohna who arrived at Kern Island on Feb. 1, direct from El Monte where the winter had been spent. The area was known as Kern Island when the family arrived, and derived its name from a description of the terrain.

Coming down off the west side of Mt. Whitney, the Kern River dropped through valleys and gorges before spreading into numerous channels, forming a delta in the flat area around present-day Bakersfield, or Kern Island.

A Missourian was the next to settle here. Soon after the arrival of the Bohna family, Dr. Sparrell W. Woody, who had given up his medical practice when news of the California gold rush hit back east, migrated to the American River. After the gold fever left him, he moved to Kern River to farm, met and married Sarah Louise Bohna.

The flood of 1862 washed away the families’ crops, inciting Bohna’s move to Oregon and Idaho before his retirement in Linn’s Valley, and Woody’s move to higher ground. The Woodys settled at the foot of Blue Mountain, northeast of Bakersfield, where the former doctor farmed, and for whom the town of Woody was named.

The early 1860s brought others to the Kern River delta including Robert Gilbert, in 1860; Harvey S. Skiles, who planted the first cotton here in 1862; Thomas W. Barnes, who planted the first alfalfa in 1864; Edward Tibbet, father of the noted Metropolitan Opera Company star, Lawrence Tibbett; and Wesley W. Shirley, another early farmer in this area. (The younger Tibbett later added an extra "t" to his name).

Col. Thomas Baker arrived on the scene from Visalia on Sept. 10, 1863, and immediately became an important part of the now fast-growing community — his field becoming a stopping point for travelers and a meeting place for the local citizens. George and Julius Chester, two brothers, arrived about the time Baker was laying out the future city of Bakersfield. Both of the Chester brothers became important businessmen and merchants and added greatly by their contributions to making Kern River Delta a better place to live.

The Jewett brothers, Solomon and Philo, also arrived at the time of the Chesters, and became prominent among the county’s first sheep raisers. Philo Jewett has been credited with suggesting the name Bakersfield for the rapid-growing metropolis along the Kern.

Doctors, lawyers and businessmen soon came into the area. Some of the prominent new settlers included Dr. Lewis S. Rogers, who for a time was the only doctor in Bakersfield; Charles H. Veeder, an attorney; James C. Crocker; Philip A. Stine; Wellington Canfield; Fernando A. Tracy; Capt. Elisha Stevens, noted explorer who farmed in the area where Bakersfield Memorial Hospital now stands; Philip Reinstein, a saddler from Havilah who set up a harness shop here; Frederick Macking, who moved from Kernville to set up a blacksmith and carriage shop; and Alexander B. MacPherson.

With the coming of these settlers and those who followed, the City of Bakersfield began to grow and prosper. It became the hub of Kern County and the city that makes up an important part of the “good view” or “Buena Vista,” today.

On Tuesday, April 19, Kern County supervisors may choose this, “Beautiful Kern,” as Kern County’s official song. Here are the lyrics, by Sue H…