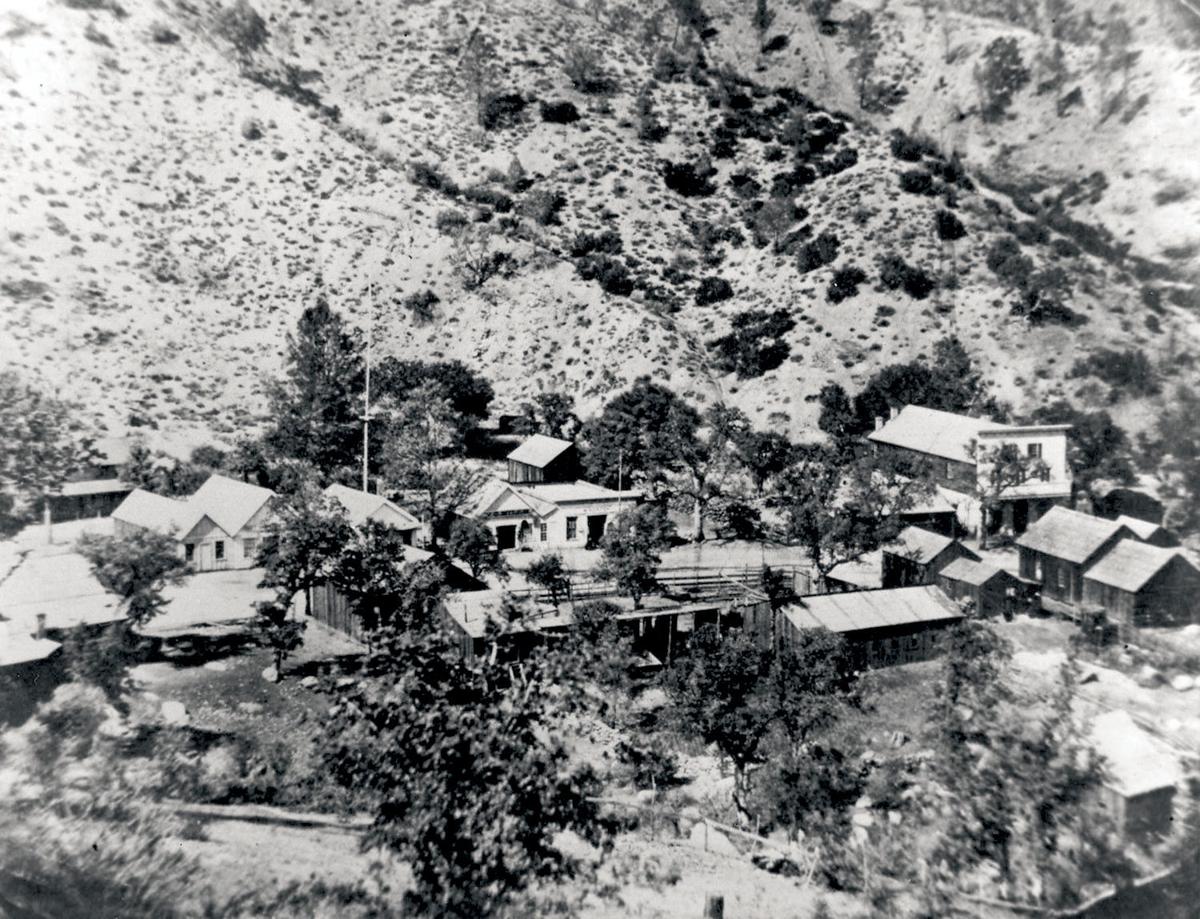 Bird's-eye view of Havilah, circa 1880s. The mining town was the county seat when Kern was formed. 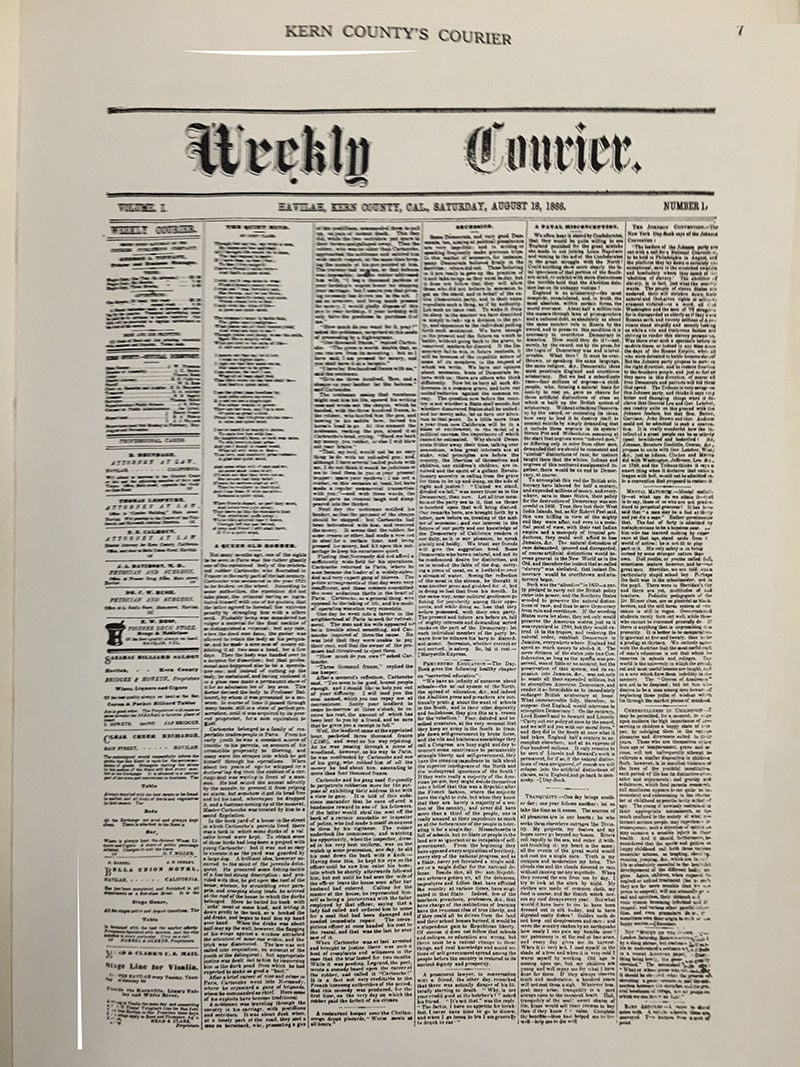 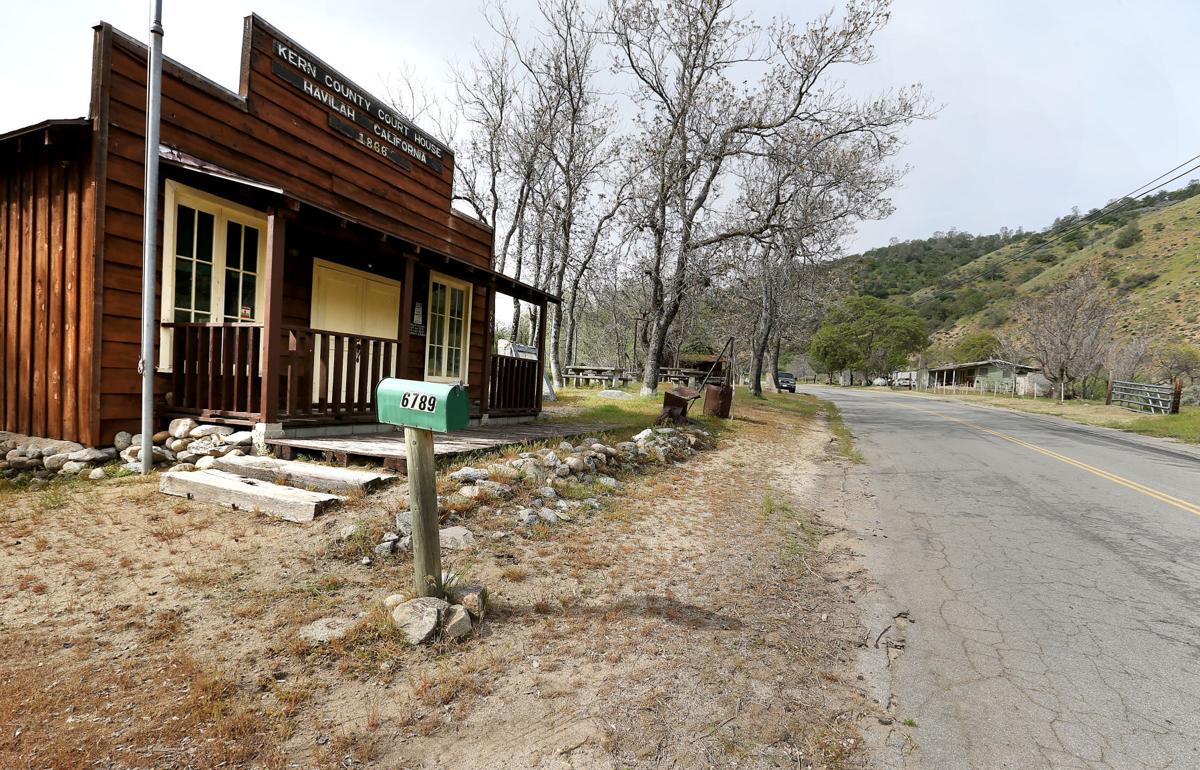 The old Kern County Court House in Havilah is now the Havilah Museum. 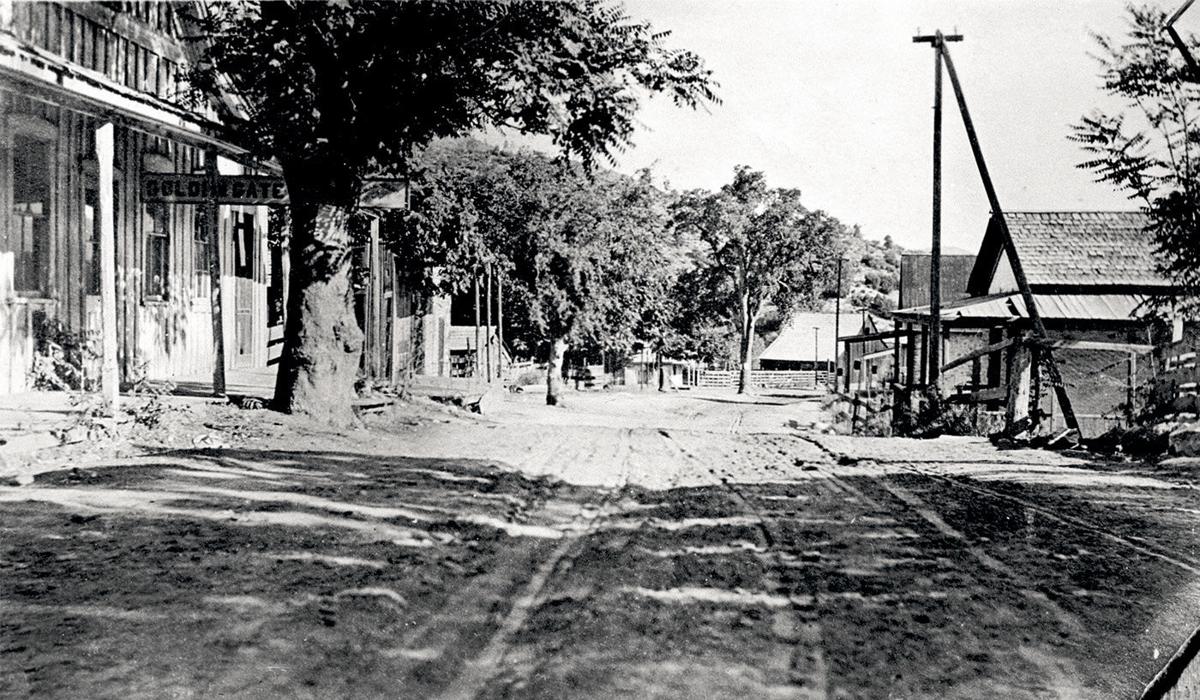 Bird's-eye view of Havilah, circa 1880s. The mining town was the county seat when Kern was formed.

The old Kern County Court House in Havilah is now the Havilah Museum.

If you watched the creation of Kern County in 1866, you were likely a Kern River Valley miner, probably one of 3,000 living in the town of Havilah.

There's a good chance you were from the South -- states like Missouri, Arkansas and Texas -- and first came to California during the Gold Rush seeking your fortune in the central Sierra Nevada.

And you'd probably watched Havilah transform from a settlement with just one store, a few tents and shanties in early 1865 to a boomtown with 147 business buildings lining a one-mile main street by the end of that year.

"It could boast of all the convenience needed for a good life," Cleone L. Shaw wrote of mid-1860s Havilah in the Kern County Centennial Almanac.

"Every house had a well under the back porch, with a hand pump to draw the water. ...There were a number of hotels, dance halls, billiard rooms, saloons, gambling dens and other unsavory businesses."

Yes, Havilah was the center of the action in Kern when the California Legislature created the county out of Los Angeles, Tulare and San Bernardino counties on April 2, 1866.

The center of the rich Clear Creek Mining District, it had surpassed all of its neighboring communities in development and population. It also boasted nine stamp mills busy extracting gold and was part of a stage that ran daily between Whiskey Flat (now Kernville) and Caliente.

Horse racing down the main drag was popular, as was the unfortunate sport of holding up the stage.

When it came time to form a county government -- seated in Havilah -- candidates were "as numerous as frogs after a thunder shower" a journalist was said to have written.

Filling the three seats on the new Board of Supervisors, by big margins, were Democrats Henry Hammel, Samuel A. Bishop and James J. Rhymes.

While no other town in the county rivaled Havilah in volume of trade, economic importance, population or transportation facilities, it had its share of problems.

Card sharps, prostitutes, professional gamblers and trigger-happy idlers flocked to the village. Miners looking for a change from the drudgery of the placers, tunnels and mills found all sorts of opportunities.

Saloons, gambling parlors and associated establishments flourished. Shootings, knifings and assorted brawls were common, though a law-and-order movement by the first sheriff led to an exodus of the "undesirable element" for a time.

Havilah also saw the organization of several churches, the founding of a literacy society, the formation of a library and the establishment of a school.

These efforts were supported and encouraged by two newspapers, the Havilah Courier (which first published Aug. 18, 1866, and later became The Bakersfield Californian) and the Havilah Miner.

The politics of the town tended to favor Democrats and even were tinged with sympathy for the Southern cause despite the end of the Civil War in 1865.

In fact, Havilah had been developed by Kentucky native Asbury Harpending, who came to the region at age 25 dodging federal officers because of his activities in the San Francisco Bay region on behalf of the Confederacy.

But then events in the valley below were bolstering the importance of Bakersfield. Agriculture and stock raising were increasing, trade was flourishing, the population was growing and the railroad, expanding down from the San Francisco Bay area, was approaching.

Mine production in Havilah was declining.

In November of 1872, a petition was presented requesting the county seat be moved from Havilah to Bakersfield. An election on the matter was ordered for Feb. 15, 1873. Bakersfield won by a small margin; the results were hotly contested.

A full year of acrimonious litigation followed, but in 1874 Bakersfield had won the battle, and the county government was established there. In February that year, the Board of Supervisors ordered the town hall of Bakersfield be designated as the county courthouse.

Havilah continued to serve as a trading center for the region for a number of years but the removal of the county seat and the arrival of the railroad at Kern hastened its decline.