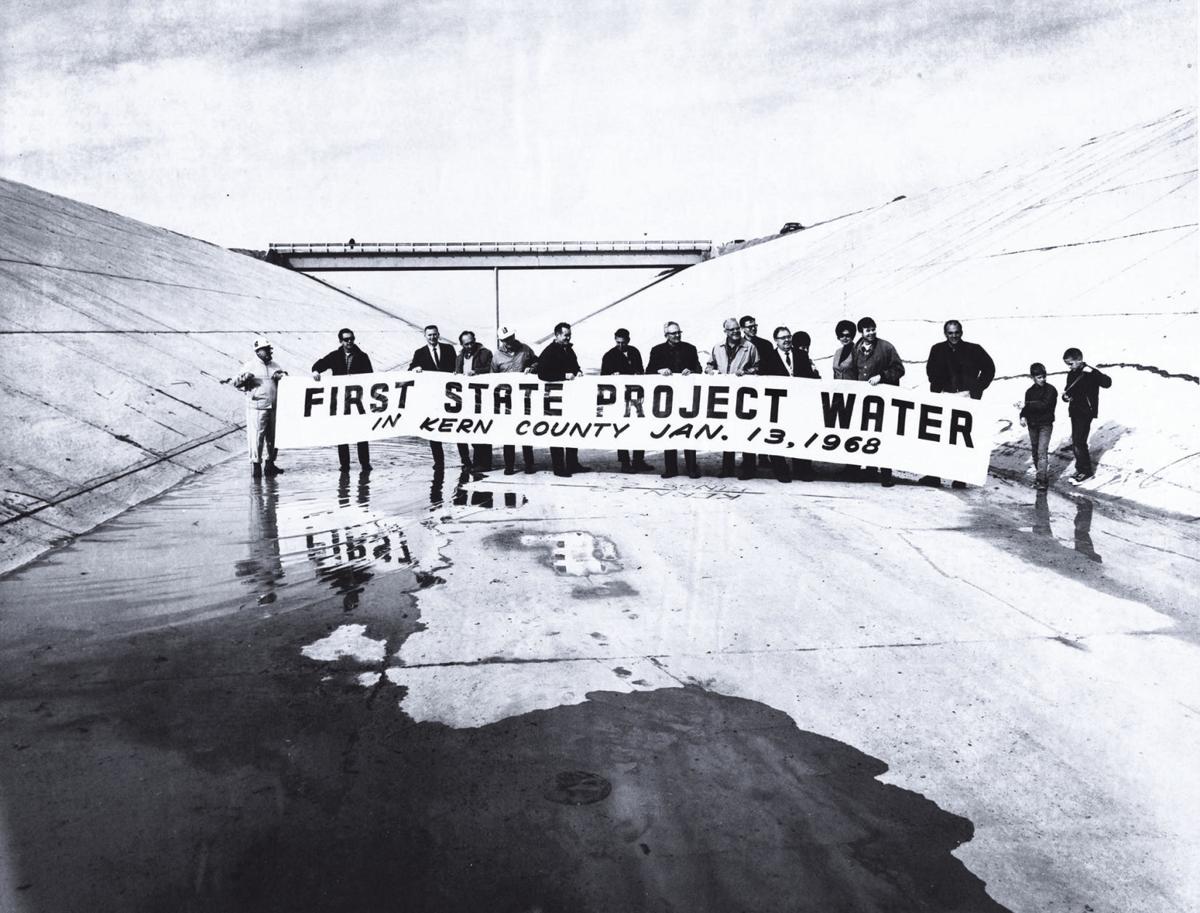 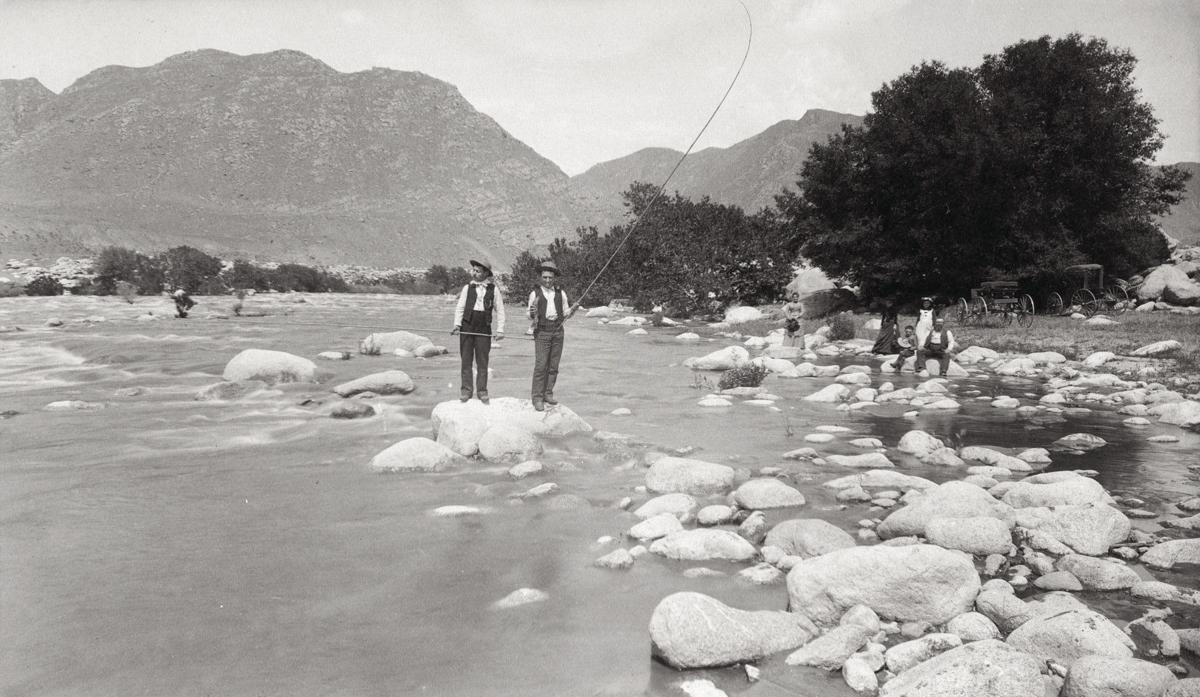 Two men fishing in the Kern River, circa 1900. Droughts in the 1920s prompted interest in re-plumbing the Central Valley. 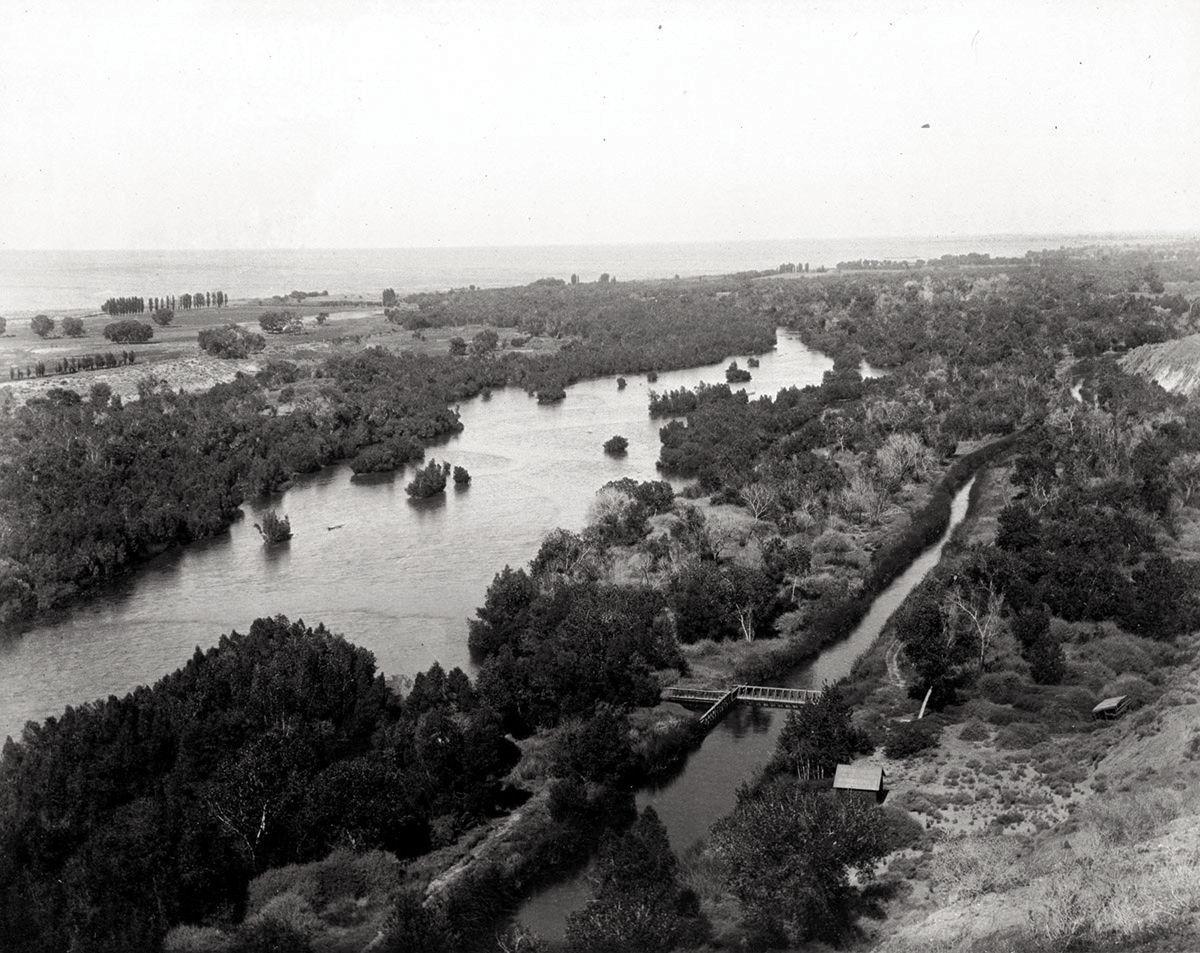 Kern River and Kern Island Canal by Carleton Watkins, circa 1888. 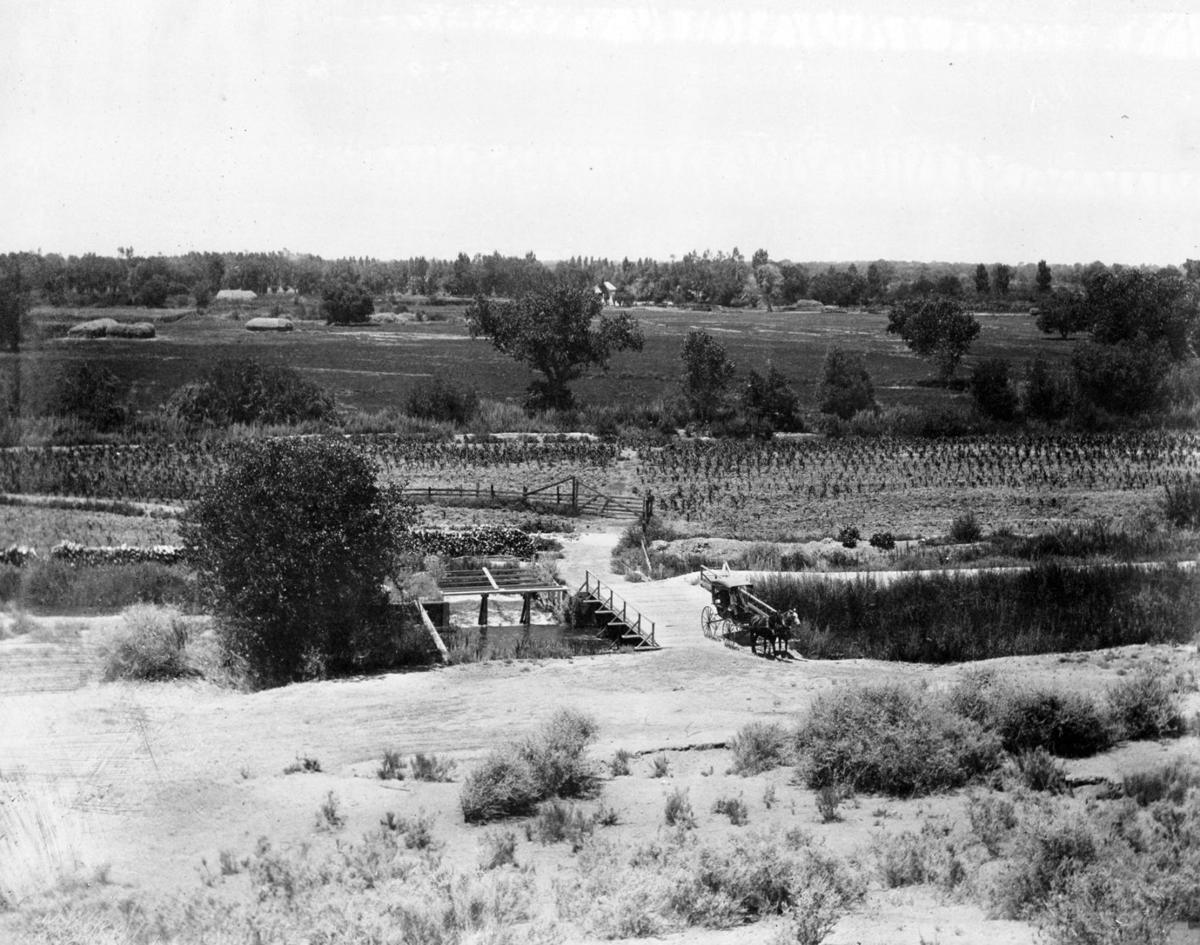 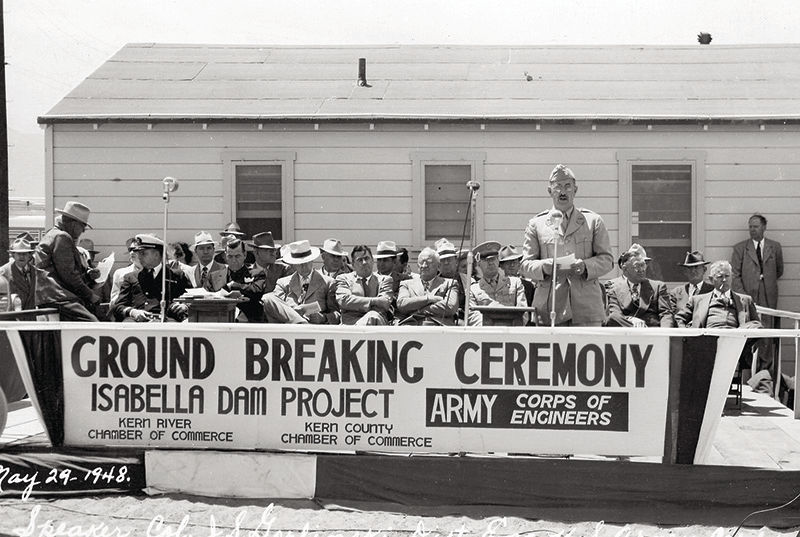 The groundbreaking ceremony was put on by the U.S. Army Corps of Engineers office for Isabella Dam on May 29, 1948.

Two men fishing in the Kern River, circa 1900. Droughts in the 1920s prompted interest in re-plumbing the Central Valley.

Kern River and Kern Island Canal by Carleton Watkins, circa 1888.

The groundbreaking ceremony was put on by the U.S. Army Corps of Engineers office for Isabella Dam on May 29, 1948.

The Kern River once tumbled out of its canyon, all the way to the valley floor, feeding a network of river channels, sloughs and lakes fringed by thick tule reeds and riparian woodlands. It made "much noise," Father Garces wrote in 1776, and flowed with "crystalline, bountiful and palatable" waters.

American settlers in the mid-19th century, however, held a different vision for the valley. They imagined an orderly and productive landscape of farms and towns rather than swamps and tules, of sheep and cattle rather than tule elk.

Thomas Baker began diverting water from the river in 1864, and by 1870 the Kern Island Canal became the area's first major man-made irrigation canal.

The railroad's arrival brought a boom of new canals in the 1870s, including the Calloway, Pioneer, and Stine canals. The river's abundant flows and the topography of its alluvial fan made engineering canals relatively easy, but water grew scarcer with each new diversion and the area's swamps, sloughs and lakes gradually dried up.

Irrigation projects slowed to a trickle and settlers in the Central Valley lamented that the region, with its immense agricultural potential, suffered from Mother Nature's lack of planning: seasonal flooding plagued the north while lands in the south remained uncultivated for want of water.

Droughts in the 1920s spurred interest in re-plumbing the Central Valley to bring the distribution of land and water into greater balance. The Legislature adopted a plan calling for the construction of Friant Dam and the Friant-Kern Canal to divert the San Joaquin River south to Kern County.

The diverted water would be replaced by water pumped from the Sacramento-San Joaquin Delta and conveyed to Fresno County by the new Delta-Mendota Canal.

Finally, Shasta Dam, on the Sacramento River, would create a large storage reservoir to assure adequate flows of water to the south.

Ultimately, the federal government, through the Bureau of Reclamation and the New Deal's Public Works Administration, assumed responsibility for funding and building the Central Valley Project.

Constructed between 1935 and 1951, it finally brought significant new water supplies to Kern County. The early 1950s brought another major change to the county's waterscape: completion of the U.S. Army Corps of Engineers' Isabella Dam on the Kern River.

Powerful storms and rapidly melting snowpack sometimes caused the river to flood Bakersfield. Levees along the river helped, but flood concerns directed the city's growth eastward toward the bluffs. Isabella Dam, funded by Congress through the Flood Control Act of 1944, greatly reduced the flood risk to the city and allowed residential development to move westward.

In 1959, Gov. Pat Brown pushed through legislation and bonds to build the State Water Project. Within a decade, the new California Aqueduct brought the waters of the Feather River south through Kern County, where massive pumping stations lifted them over the mountains and on to Southern California.

It also brought new water supplies to Kern County, making possible vast new farms on the county's west side that now produce much of the nation's almonds, pistachios and pomegranates.

The re-engineering of California's rivers has produced tremendous wealth from Kern County's soils, although at the cost of the valley's native natural landscape. Getting here hasn't been easy.

Every major change has been the result of bitter conflict in Congress, the state Legislature and the courts. "Whiskey's for drinking, water's for fighting over," says the western truism, and the recent severe drought and the possibility of an ever-drier California climate suggest that the future of Kern County's water story will include as much fighting as in the past, and probably more.

Douglas Dodd is an associate professor of history and history graduate program coordinator at Cal State Bakersfield, where he teaches courses in U.S. history, California history, public history and the history of the American West. He holds a doctorate in history from the University of California, Santa Barbara.