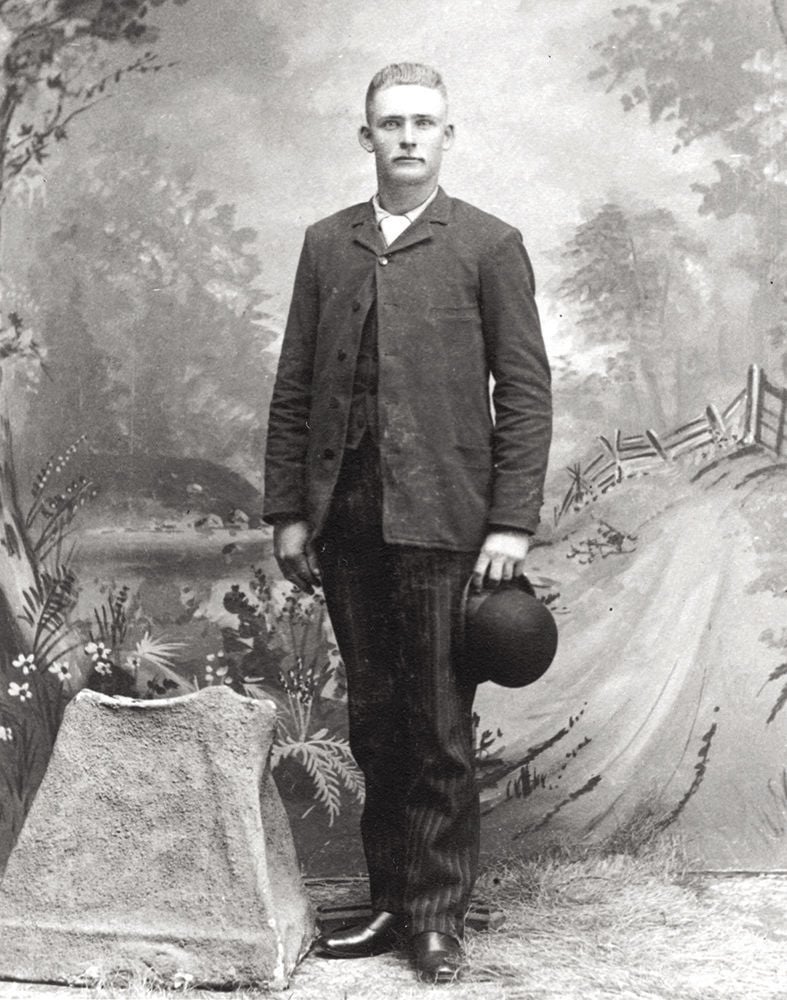 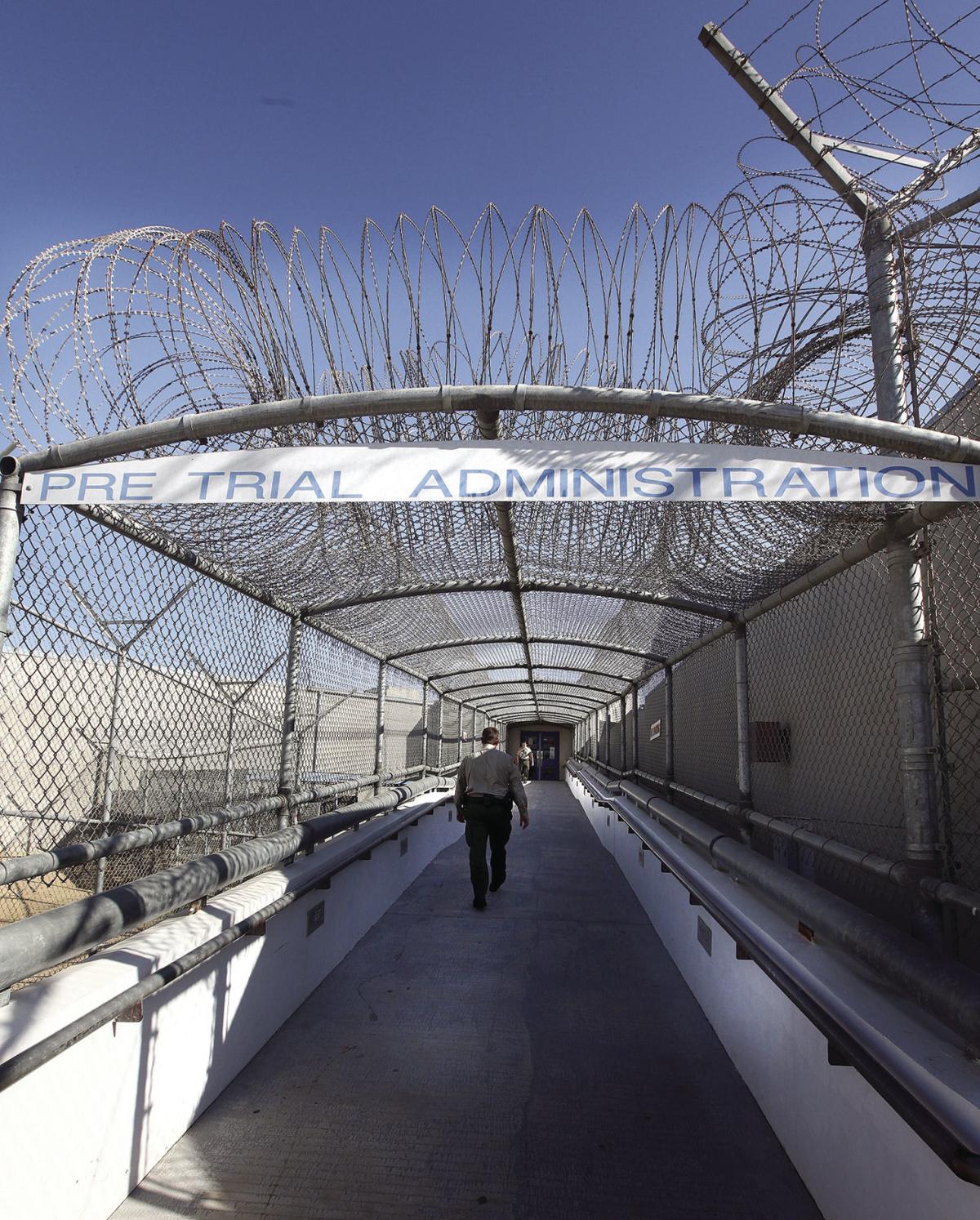 Kern County Sheriff's Office SWAT team members leave a home after it was discovered no one was home. The team was formed in January 1974.

Kern County Sheriff's Office SWAT team members leave a home after it was discovered no one was home. The team was formed in January 1974.

Kern County's first sheriff's deputies didn't have it easy. Back then, the Winchester lever-action rifle was advanced weaponry, understanding of DNA was generations in the future and horsepower didn't go beyond one. Outlaw gangs, Indians and the elements (the invention of the first modern air-conditioning system was more than 30 years away) were just a few of the things with which they had to contend.

A small, learn-as-you-go group transformed into a force of hundreds of men and women who must complete six months of training before they can serve. Radios and computer systems provide rapidly updated information, helicopters can outpace any fleeing suspect and advances in DNA technology and fingerprint analysis have made it easier than ever to secure a conviction.

When he first joined the Sheriff's Office in 1972, Sheriff Donny Youngblood was told to go buy a gun and uniform and show up for work at Lerdo. There was no such thing as paid overtime; you just worked the OT without reimbursement.

In those days, a blue light on a hill flashed when there was a call for service in Mojave, Youngblood said. He couldn't recall if there were even pay phones in that area back then.

The sheriff has seen plenty of changes in his 40-plus years on the job, modes of transportation included.

"I don't ride a horse as much as I did back then," Youngblood said with a laugh last month.

And while it's easier than ever to convict criminals, he said it has become much harder to work with the unions and reach common ground on what they think is important.

"It used to be if you told your sergeant you weren't going to do something, you were fired," he said.

He isn't sure what advances the future holds for law enforcement.

"What I do know is I wish I could live 50 more years to see what it would be like," he said.

Following is a timeline of the department, courtesy of the 2016 Kern County Sheriff's Office Yearbook, which meticulously details notable events beginning with the election of the first sheriff in 1866, as well as Californian archives:

July 1866 -- William B. Ross becomes the first sheriff and tax collector of Kern County and goes on to serve one term, until 1868.

Nov. 6, 1873 -- Constable William S. Metler is shot and killed by Francisco Gomez while trying to serve a warrant on him. He's the first Kern County peace officer killed in the line of duty.

1874 -- The county seat is moved from Havilah to Bakersfield. A bond for $25,000 is issued to build a courthouse and jail in Bakersfield. The Sheriff's Office and jail is established in the city and are used until 1917.

Oct. 22, 1876 -- Tehachapi Constable Thomas Godwin is shot and killed by James Hayes in retaliation for Godwin shooting dead a friend of Hayes while attempting an arrest in 1875. Hayes goes on to be caught, tried and convicted, and becomes the first person to be legally hanged in Kern County.

Dec. 16, 1877 -- The last gang of outlaws in Kern County is put to death by hanging, from a beam between two trees behind the courthouse.

Aug. 9, 1884 -- The Board of Supervisors passes Kern Ordinance 10, separating the position of tax collector from sheriff.

July 3, 1891 -- Constable John L. Powers and Deputy Constable Oliver McCoy are shot dead by Indians while trying to serve a search warrant on one of them.

April 1893 -- William R. Bower is again elected sheriff for another two-year term. Bower goes on to serve 14 years total, more than any other sheriff.

1911 -- The county's Bureau of Identification is established, with the Bakersfield Police Department creating its own bureau in 1916. Both bureaus are combined by 1920 and supervised by the city, but by the early 1940s the county takes over and has managed it ever since.

January 1935 -- Edward Champness is elected sheriff and goes on to enforce laws regarding gaming by confiscating slot machines and arresting violators. He also adopts a uniform to "professionalize the department."

1936 -- Constable Cora Bowen becomes the first full-time woman peace officer and first woman elected to public office in Kern County. She goes on to serve until 1951.

January 1939 -- John E. Loustalot is elected sheriff and goes on to serve three terms, until 1951. Loustalot is credited with establishing the reserve organization and the sheriff's mounted posse. He later becomes Bakersfield postmaster.

1939 -- A two-way radio system is implemented for both the Sheriff's Office and Fire Department.

Aug. 27, 1943 -- Edward Coffee is elected constable and goes on to serve for 33 years, becoming the longest-serving elected peace officer in Kern County.

Oct. 6, 1945 -- Sheriff's Chief Civil Deputy Howard H. Knott is traveling to the Inyokern area to serve papers when he becomes caught in a flash flood in Keene. He dies in the flood.

1949 -- The first communications center is completed.

1952 -- The first basic training for deputies is established; 40 hours of training is conducted in conjunction with Bakersfield College. All personnel with fewer than five years experience must attend.

1959 -- The California Commission on Peace Officer Standards and Training is created, establishing standards for employment, basic training and in-service training.

1966 -- California City becomes the first city to contract with the Sheriff's Office for law enforcement services.

Dec. 21, 1966 -- Search and Rescue volunteer Richard O. Slates is searching with the China Lake Mountain Search and Rescue group at Death Valley National Monument and falls to his death. He'd been a mechanical engineer.

April 14, 1969 -- Sheriff's Sgt. Donald Hodges is shot and killed while chasing a thief from a Bakersfield bar.

1970 -- Lerdo Minimum Security Facility is turned over to the Sheriff's Office from the Roads Department.

Jan. 2, 1977 -- Laws passed in 1975 and 1976 result in the reorganization of the courts and elimination of the justice courts. As a result, the office of constable is eliminated.

1978 -- The Lerdo Maximum-Medium Security Facility opens. Its capacity is 308 beds.

Oct. 11, 1981 -- Sheriff's Deputy Michael Wilson dies in a crash while on patrol east of Bakersfield.

Aug. 16, 1983 -- Sheriff's Reserve Deputies Lansing Warren and Ray Mallory are searching for a downed aircraft north of Kernville when their plane crashes, killing both men.

1984 -- The canine program is revived with the purchase of four dogs, the Air Support Unit is re-established and the Crime Prevention Unit is started.

March 3, 1989 -- Sheriff's Deputy Richard McHale dies after being beaten and shot while on a family disturbance call in Oildale.

Oct. 19, 1991 -- Sheriff's Deputy James Lee Williams dies in a crash while on patrol in southwest Bakersfield.

1992 -- The first bicycle patrol is established, from the Wasco substation.

January 1995 -- The Board of Supervisors consolidates the coroner and public administrator offices with the Sheriff's Office.

1999 -- The Computer Forensics Lab is established.

July 2005 -- The Lerdo Max-Med Facility is reopened to relieve overcrowding at the Lerdo Minimum Facility.

Nov. 14, 2006 -- Sheriff's Deputy William "Joe" Hudnall dies in a crash while transporting a prisoner from the Kern Valley area to the downtown jail.

May 23, 2008 -- Sheriff's Deputy James Throne dies in a crash while responding to a deputy needing help in the Lamont area.

May 20, 2015 -- A groundbreaking for the Lerdo Justice Facility takes place.