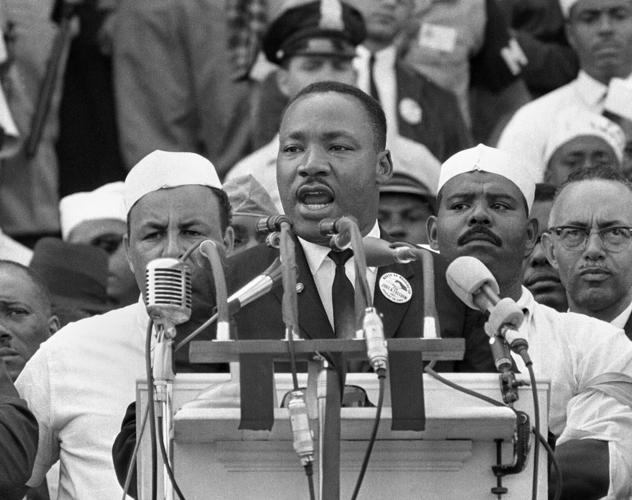 In this Aug. 28, 1963, file photo, Dr. Martin Luther King Jr. addresses marchers during his "I Have a Dream" speech at the Lincoln Memorial in Washington. 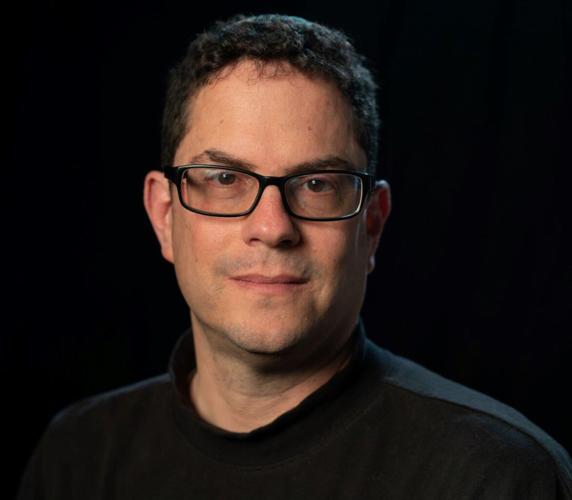 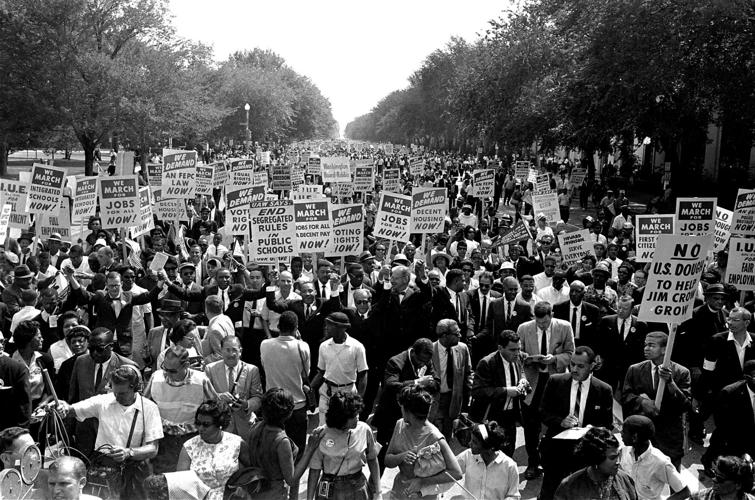 In this Aug. 28, 1963, file photo Dr. Martin Luther King Jr., center left with arms raised, marches along Constitution Avenue with other civil rights protestors carrying placards, from the Washington Monument to the Lincoln Memorial during the March on Washington.

In this Aug. 28, 1963, file photo, Dr. Martin Luther King Jr. addresses marchers during his "I Have a Dream" speech at the Lincoln Memorial in Washington.

In this Aug. 28, 1963, file photo Dr. Martin Luther King Jr., center left with arms raised, marches along Constitution Avenue with other civil rights protestors carrying placards, from the Washington Monument to the Lincoln Memorial during the March on Washington.

It is no surprise to me that a Jewish refugee from Nazi Germany, Rabbi Joachim Prinz, joined the Rev. Dr. Martin Luther King Jr. on the steps of the Lincoln Memorial in August 1963 to demand an end to the bigotry that continued to poison America’s conscience. Nor that the June 1964 murder of one Black and two Jewish men in Mississippi — James Chaney, Andrew Goodman and Michael Schwerner, respectively — was a bloody reaction to their working partnership to register Black voters. Schwerner’s executioner asked him an unrepeatable question with disgusting expletives, to which he calmly replied, “Sir, I know just how you feel.” Moments later he was shot, his body tossed in the dirt alongside his fellow advocates for decency.

I serve a congregation with virtually no Black membership (all are 100 percent welcome to join us). Although an ally, I do not purport to understand the Black experience in America, let alone in Bakersfield. I am hampered by my opportunity to fully thrive. At UCLA, a less-than-kind Black student once quipped, “If you want to blend in, you can; I can’t.” He was right. And that’s when I started wearing my Kippah, daily ever since.

Why am I not surprised — and exceedingly proud — that Prinz and my personal hero, Rabbi Abraham Joshua Heschel, among others, actively supported the venerable King’s efforts? Or that Chaney, Goodman and Schwerner gave their lives as brothers in the struggle, or that American Jews are overwhelmingly dedicated to the struggle for universal civil rights? The answer: Jews agreed with King when he wrote, “Injustice anywhere is a threat to justice everywhere” in his Open Letter from Birmingham Jail in April 1963, and that Prinz spoke truth: “America must not become a nation of onlookers. America must not remain silent. Not merely Black America, but all of America ... and not for the sake of the Negro, not for the sake of the black community but for the sake of the Image, the dream, the idea and the aspiration of America itself.” Through deed and action, Black and Jewish civil rights leaders espoused a view that Black Americans — in truth, all peoples — have the same infinite worth that white Americans do. Our reaction to racial hatred, whether Nazi atrocities or segregation, must be boundless compassion and reclamation of universal humanity.

Prinz added: “In the realm of the spirit, our ancestors taught us thousands of years ago that when G-d created humanity, G-d created them as everybody's neighbor. Neighbor is not a geographic term. It is a moral concept. It means our collective responsibility for the preservation of human dignity and integrity.”

This universal inclusion and celebration of diversity is eroding, rapidly. Ruthless negative campaigning; hateful tweeting; electing pathological liars; spreading social media bots calculatedly designed to enrage and disrupt our democracy; tolerating politically motivated or even treasonous violence; scapegoating Blacks, Latinos, Jews, Asians, whites, men, women, transgender people — Our Cup Runneth Over miserably with both left- and right-wing hatred toward the other. This has made a mockery of King’s vision, and that of my community’s as well, replacing a culture of universal worth with one of deflection, nonaccountability, replacing decency with venomous screeds, built upon distrust of differences. Instead of Kingian Nonviolence to bring about change, far too many choose rhetorical and physical violence instead.

Mohandas K. Gandhi, whose nonviolence methodologies my friend Rev. James Lawson shared with King, famously taught us to “be the change we wish to see in the world.” Have we abandoned this vision? In the face of hatred and evil, do we, in the words of 24-year-old Jewish student Michael Schwerner, say to those opposing us, “Sir, I know just how you feel”? Or do we opt for a continuation of despicable rhetoric that only further erodes our hallowed American institutions?

May each of us this King Month rekindle the vision of our holiday’s namesake, one not only of justice and equality but also one of nonviolence, tolerance, heaping blessings upon one another, recognizing that all of us are made “B’tzelem E-lohim,” in the divine image.