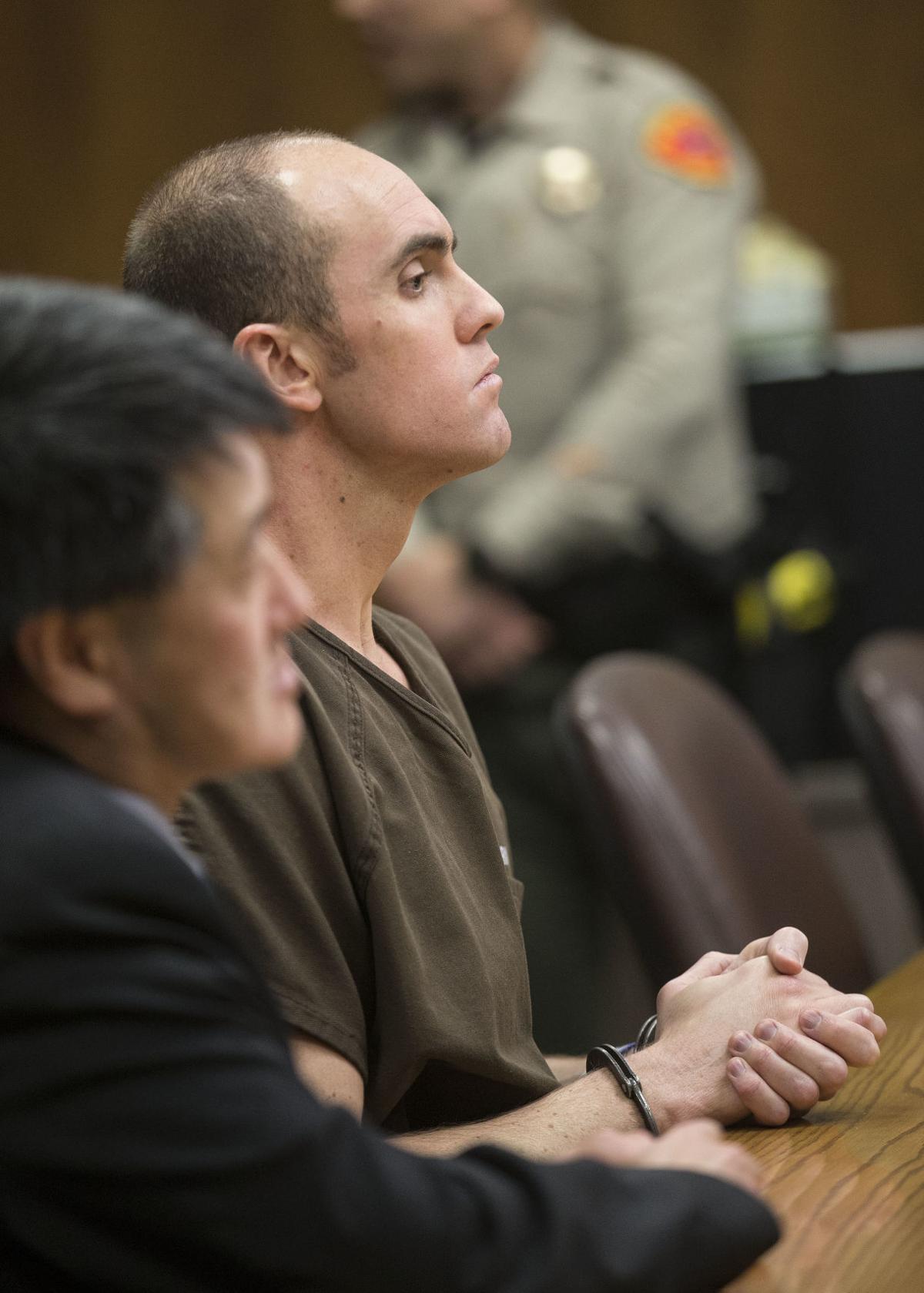 In this 2019 file photo, Parker Chamberlin listens as Judge Michael G. Bush rules he will have to continue serving his prison term of 26 years to life for killing his mother. Chamberlin was in court for a possible resentencing. Two years later, Chamberlin was recommended for parole. 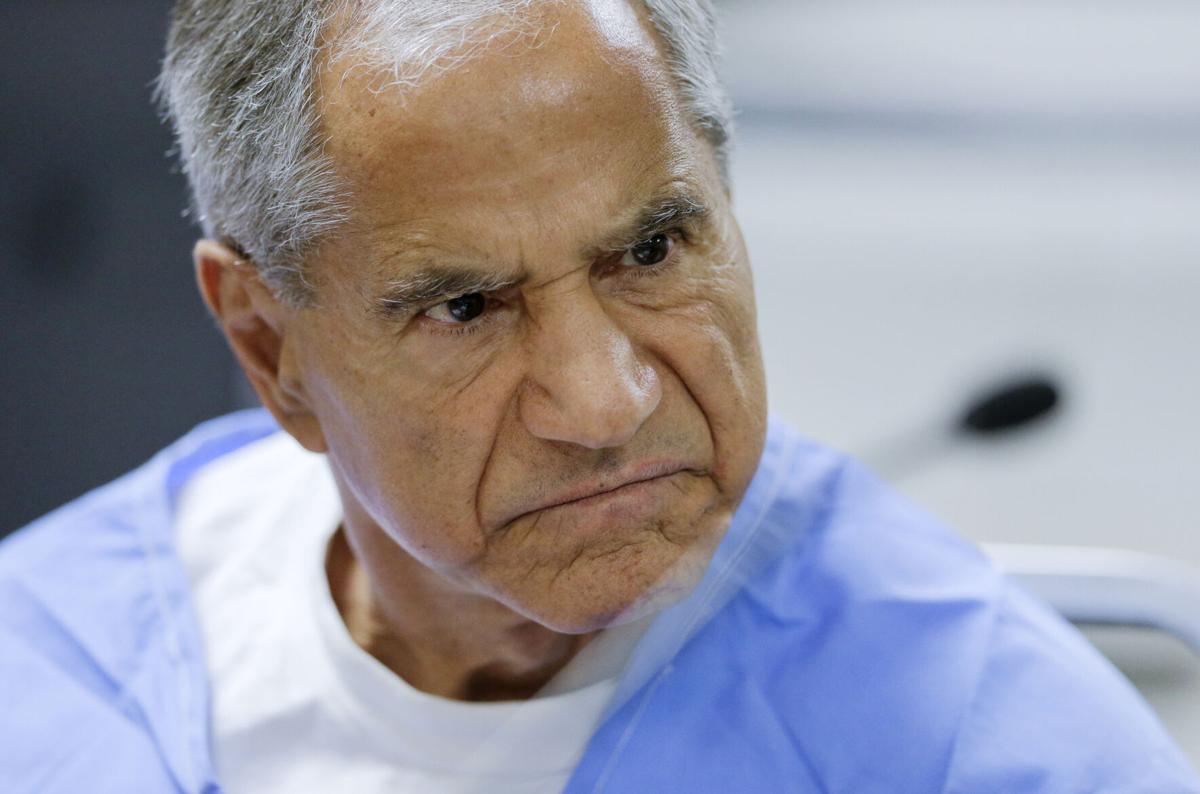 In this Wednesday, Feb. 10, 2016, file photo, Sirhan Sirhan reacts during a parole hearing at the Richard J. Donovan Correctional Facility in San Diego. 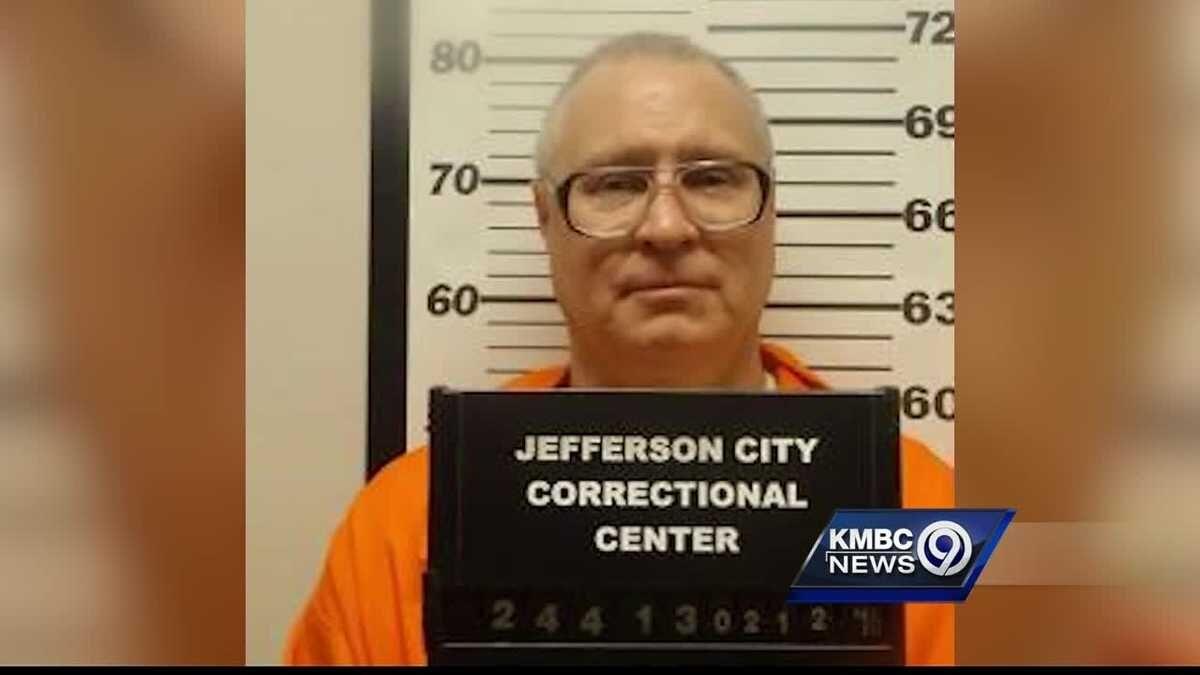 Benedict “Benny” Kemper will remain in prison for at least a few more years.

In this 2019 file photo, Parker Chamberlin listens as Judge Michael G. Bush rules he will have to continue serving his prison term of 26 years to life for killing his mother. Chamberlin was in court for a possible resentencing. Two years later, Chamberlin was recommended for parole.

In this Wednesday, Feb. 10, 2016, file photo, Sirhan Sirhan reacts during a parole hearing at the Richard J. Donovan Correctional Facility in San Diego.

Benedict “Benny” Kemper will remain in prison for at least a few more years.

Benedict “Benny” Kemper will remain in prison for at least a few more years. You probably don’t know Benny. I really don’t. But his murderous rampage has cast a shadow over the rural Missouri family I married into a half-century ago.

His victims’ family is forced to relive Kemper’s vicious crime over and over again — each time Kemper seeks to be paroled; each time they unite to fight his release.

The case is strangely similar to Parker Chamberlin’s 2001 brutal murder of his mother in Bakersfield. Both Chamberlin and Kemper were 15 years old when they decided to become murderers. Both crimes were especially vicious. Both were premeditated.

Their parole hearings were held recently before panels in California and Missouri within days of each other. In California, the panel concluded Chamberlin should be set free. In Missouri, Kemper was told no.

Why the different outcomes?

On the night of Oct. 10, 1972, Kemper cut the telephone line to the Merrigan family’s house in Conception, Mo. He waited outside until the lights went out and then crept into the house with a .22-caliber rifle. He went from room to room shooting and killing Marion, 45, the father; Kathleen, 41, the mother; William, 15, their son and his classmate; and Helen, 16, their daughter. Only their daughter, Sue, who was away at college, is alive today.

Kemper, who lived with his family down the road from the Merrigans, confessed to the murders and was sentenced in 1973 to four consecutive 45-year prison terms. Later, six years were added to his sentence for an attempted jail escape. He also was charged in the stabbing of a fellow prison inmate.

Kemper has been eligible for parole since 1985. And every time a hearing is held to consider his release, Marge Wolfer, Kathleen’s sister and my husband’s cousin, gathers protest signatures and pleads with prison officials not to release him. She succeeded once again last month in keeping Kemper locked up. His next parole hearing is scheduled for Sept. 1, 2026. Wolfer expects to be there.

Wolfer and law enforcement officials predict Kemper will kill again. On Facebook, Wolfer thanked family, friends and her community for their support. “It takes all of you to help keep Benedict Kemper in prison. My goal is to protect all of you.”

Court records describe Kemper’s mental condition when he killed the Merrigans. His high school principal explained Kemper outwardly could appear polite, but he was “a walking time bomb,” with an uncontrollable temper. An above-average student, he was a loner who classmates sometimes ridiculed.

According to Kemper’s mother, grade school officials urged her to get Kemper psychiatric care when he was 10 years old. She did for a short time, but the family could not afford to continue treatment.

After spending time with a friend, Chamberlin returned to his mother’s house, took a knife from the kitchen, entered his mother’s bedroom, and stabbed her 35 times, with so much force that the knife broke off in her body. He stabbed her nine times in the face and partially disemboweled her.

Chamberlin admitted killing his mother and was convicted of first-degree murder. He was sentenced to 26 years to life in prison. But now 35, he may be released after serving only 20 years.

Chamberlin, who expressed remorse, told a Parole Board panel in late August that he has changed. He is no longer an angry teenager. While in prison, he earned a bachelor’s degree and got married. He has a job lined up in Fresno, with the Community Justice Center. He has an “impeccable” prison record.

Twenty years ago, Chamberlin told law enforcement officers that his use of steroids drove his rage to kill. But prosecutors insisted Chamberlin was motivated by money, when his mother told him the family had to cut back on spending it.

Knapp’s relatives and friends doubt Chamberlin has changed. Richard Moore, Knapp’s father and Chamberlin’s grandfather, calls him an expert at deceit and a danger to society. He insists Chamberlin should remain in prison.

But recent changes in state law regarding the sentencing of juveniles were factors in the Parole Board’s recommendation to release Chamberlin. Theoretically, if he murdered his mother today as a 15-year-old under the new laws, he could be released by age 26.

Law changes and court rulings are the backdrop of another recent high-profile state Parole Board recommendation that is stirring national controversy.

Sirhan Sirhan, then a 24-year-old Jordanian immigrant, fatally shot Robert F. Kennedy in 1968 in Los Angeles on the night the Democratic candidate won the California presidential primary. Sirhan’s explanations for his crime have varied over the years. He said he had been drinking and cannot remember shooting Kennedy. Yet, in his writings at the time he repeatedly called for Kennedy’s death.

Sirhan was convicted of murder and sentenced to death. But like many other high-profile murderers awaiting execution, including the Manson Family killers, Sirhan’s sentence was commuted to life in prison in 1972, when the California Supreme Court declared the state’s death penalty unconstitutional.

At the time, California did not have today’s “life without the possibility of parole” sentencing option. As a result, Sirhan and other murderers have repeatedly and unsuccessfully asked the state Parole Board for release.

That is until just a few weeks ago, when Sirhan, now 77, made his 16th appeal to the Parole Board and neither the newly elected Los Angeles County district attorney, nor any of his representatives showed up to argue against Sirhan’s release.

The board’s recommendation to parole Sirhan has split the Kennedy family. Two Kennedy children support Sirhan’s parole. But on behalf of her mother and Kennedy’s widow, Ethel, daughter Kathleen posted on Twitter, “He should not be paroled.”

In a joint statement, six of Kennedy’s other surviving children adamantly opposed Sirhan’s parole and said they were shocked by a ruling they believe ignores standards for paroling “a confessed, first-degree murderer in the state of California.”

Sirhan’s and Chamberlin’s fates ultimately rest with Gov. Gavin Newsom. By the end of the year, he must accept, or reject, the Parole Board’s recommendations to free the two men.

At the heart of Newsom’s deliberations will be the question: What is the purpose of sentencing criminals to prison? Is it to deter crime; to punish; to rehabilitate; to protect society?

It’s all of these things. And it’s why sentencing and paroling criminals is difficult, controversial and fraught with conflicts.

Without punishment, some people will not respect or obey laws. They will inflict enormous pain and suffering. Society deserves to be protected from dangerous people.

Prisons also must rehabilitate. Very few crimes allow society to lock up criminals and throw away the keys. Sooner or later, they will be released. It’s foolish to just incarcerate them and then release them to commit more crimes.

But what is to be said of a society that frees a man who assassinated a presidential candidate and changed the course of history, or a man who 20 years ago butchered his mother?

Newsom must balance justice with forgiveness. But what is just and can we now forgive these men?