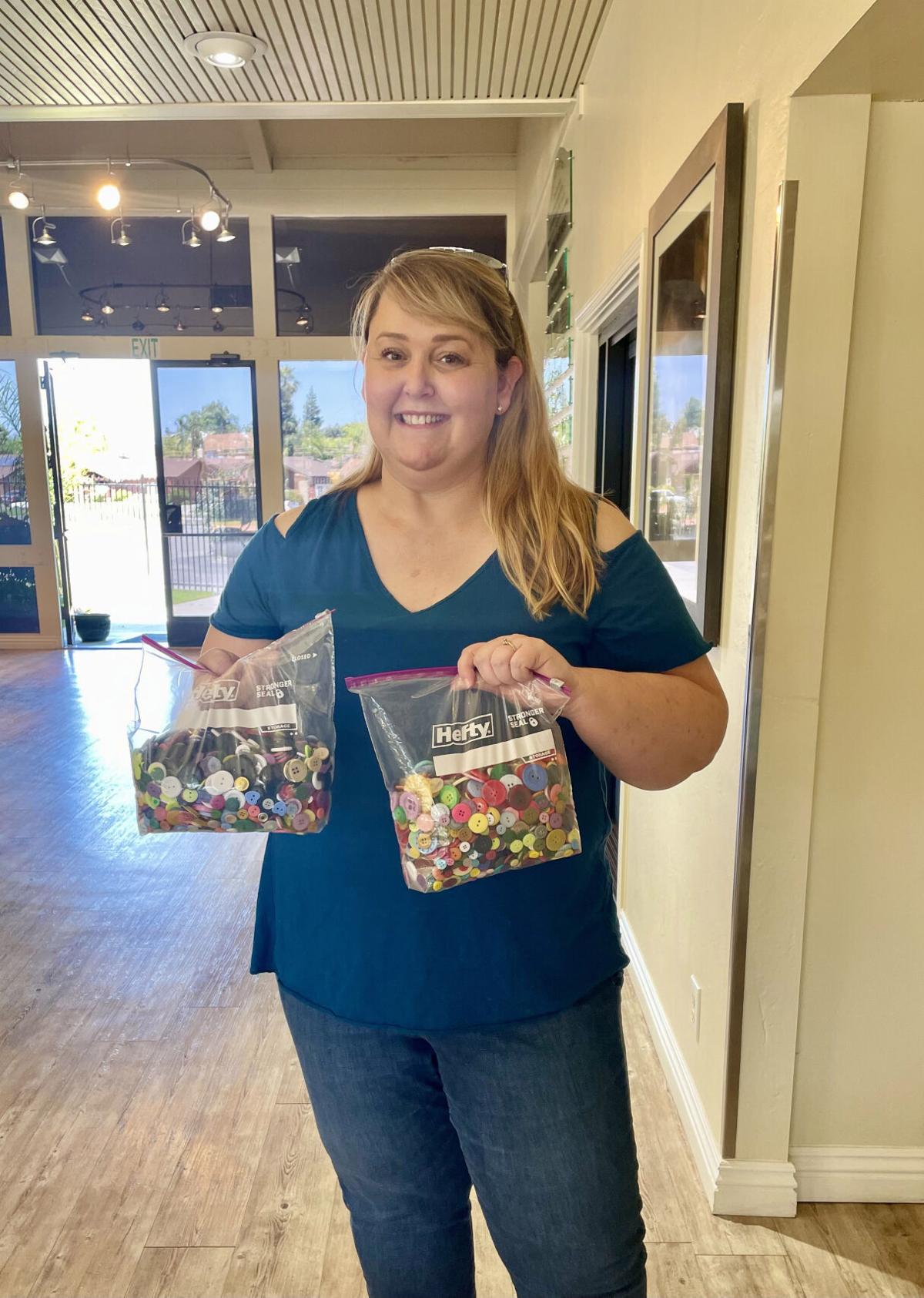 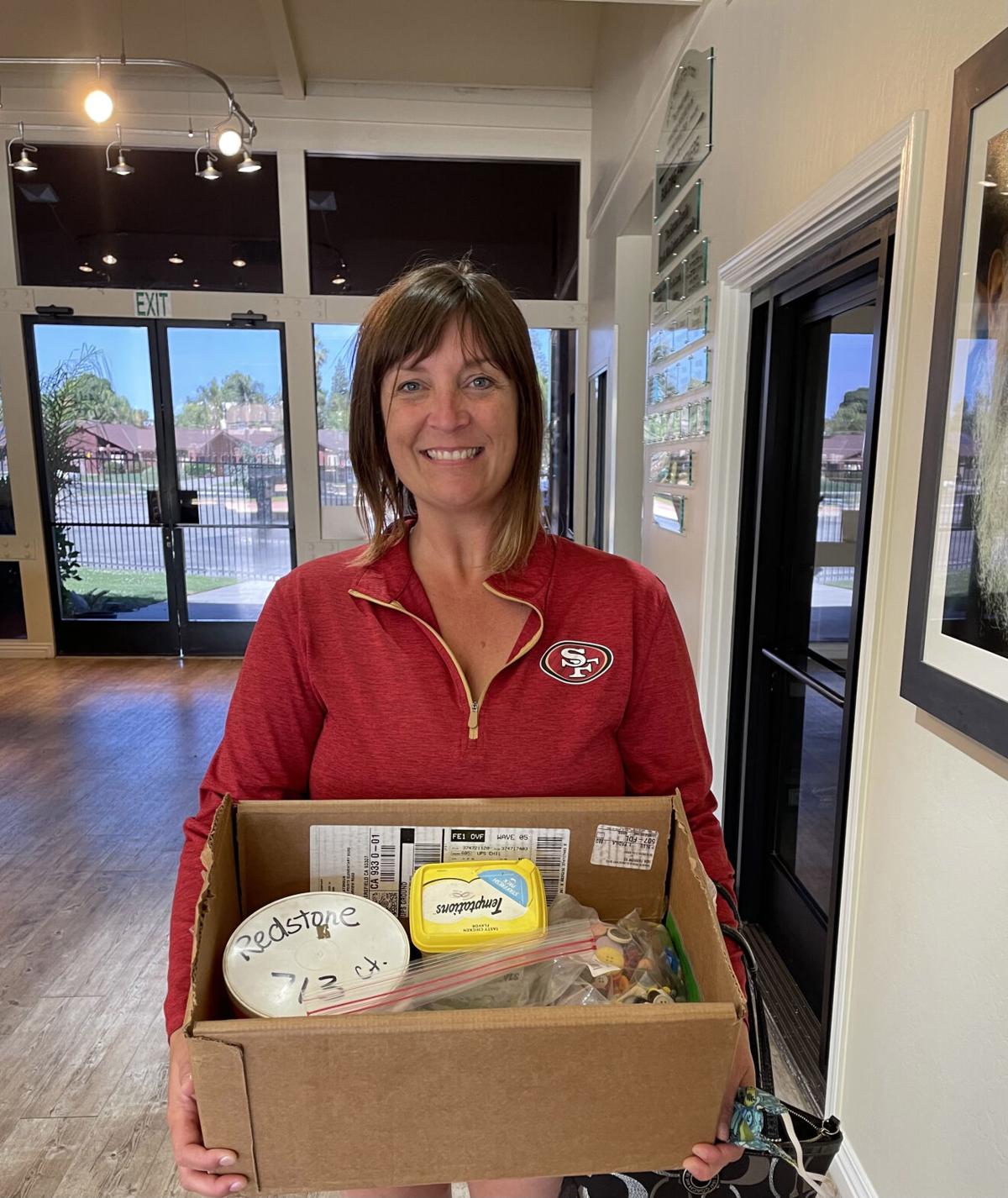 In March, Chabad of Bakersfield introduced plans for the Holocaust Button Memorial, reaching out to the community with a goal of collecting a total of 6 million buttons for the memorial at the Chabad Jewish Community Center.

Each button displayed will represent a single victim of the Holocaust — an individual, a father, a mother, a daughter, a baby, a big brother, a little sister, a tailor, a writer, a student. Each unique in their own way.

Six million is a large number and very much abstract, but the distinctiveness of the buttons will bring home the magnitude of life lost to hate and genocide. The buttons represent the individuality of each human being murdered because they were Jewish, just as varied, and different of the buttons in a button jar.

In addition to the memorial, visitors will have educational resources through accompanying literature, available on site, detailing the history of the Holocaust as well as the creation of the site itself.

In this way, the memorial will be a direct resource for local educators, offering schools on-site historical reading materials as well as a visual reference point for discussions of assigned core texts, like Elie Wiesel’s "Night" or Anne Frank’s "The Diary of a Young Girl." Reading such works, and then visiting the memorial, with its concrete illustration of something otherwise incomprehensible will help students better understand the Nazi period as well as its aftermath and relevance today.

Since introducing this project to the community, Chabad of Bakersfield has collected hundreds of thousands of buttons. Buttons have come in from many local elementary and high schools, teachers, hundreds of individuals, and even preschools.

Donations have ranged from a jar of dozen buttons to containers holding 10,000 buttons. Many of the buttons hold sentimental value and have been passed down from mothers and grandmothers to their daughters who are now dropping off the buttons to be part of this memorial and make history.

"The interest in this project has been overwhelming," said Esther Schlanger, director of Chabad of Bakersfield. "Individuals from all walks of life have gotten involved. It is heartwarming to see the connection that people feel toward this project.”

“As acts of antisemitism have risen by 400 percent in the past few weeks, this project is now more important than ever," Rabbi Shmuli Schlanger of Chabad. "Holocaust awareness and education is vital for our youngsters."

Research shows that adults and millennials in the United States have significant gaps in what they know about the Holocaust. For instance, while 6 million Jews were killed in the Holocaust, 41 percent of millennials believe the number is 2 million or fewer.

Studying the Holocaust teaches young people the dangers of prejudice, discrimination and dehumanization, be it the antisemitism that fueled the Holocaust or other forms of racism and intolerance.

Rabbi Schlanger said they hope to begin building the memorial in the next few months. However, they still need to reach their goal of 6 million buttons, so he asks that anyone that has buttons lying around to please drop them off.

In addition, monetary funding is still needed to build this unique and beautiful memorial. To become a sponsor of this vital project, please contact Rabbi Schlanger at 834-1512 or donate at chabadofbakersfield.com/buttonmemorial

For more information or to get involved email inof@chabdofbakersfield.com or call 834-1512.

'A place of life and joy': Chabad of Bakersfield to build Central Valley's first Holocaust memorial

Inside Chabad of Bakersfield, you'll find lots of buttons — nearly 6 million of them.