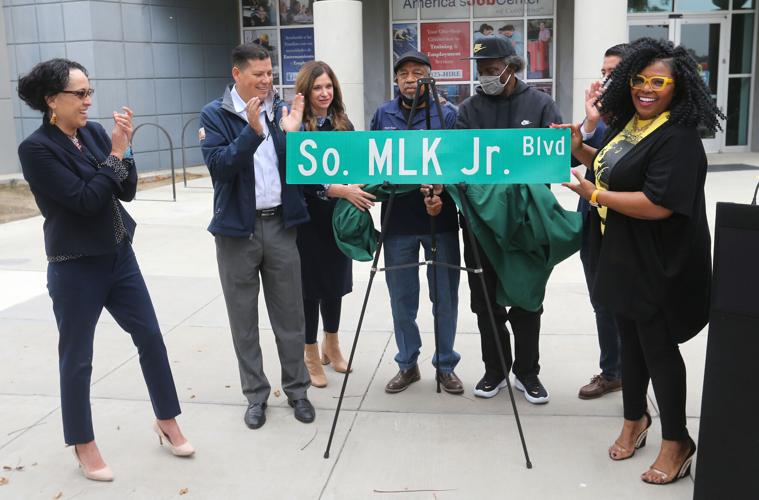 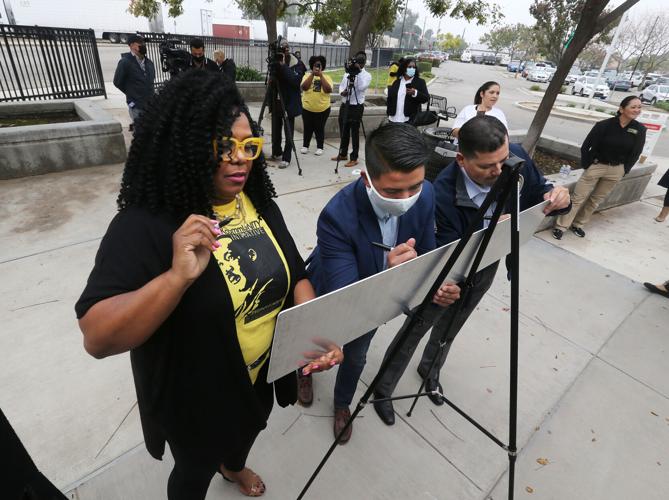 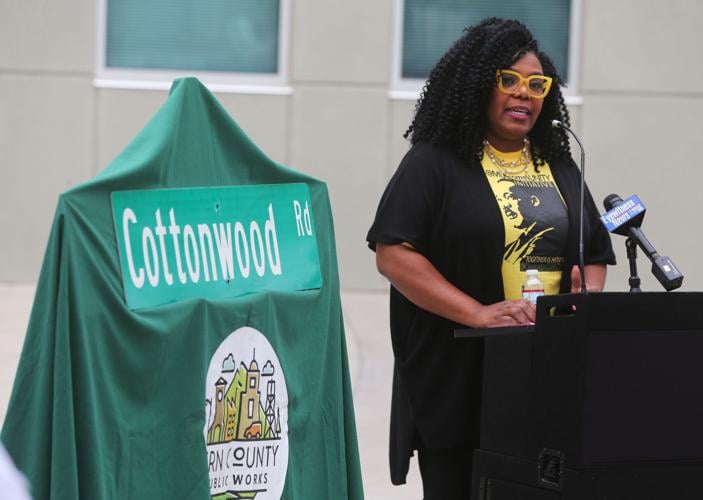 Arleana Waller, founder of the MLKcommUNITY Initiative, spoke about growing up on Cottonwood at ceremonies celebrating Cottonwood Road officially being renamed MLK Boulevard on Wednesday. 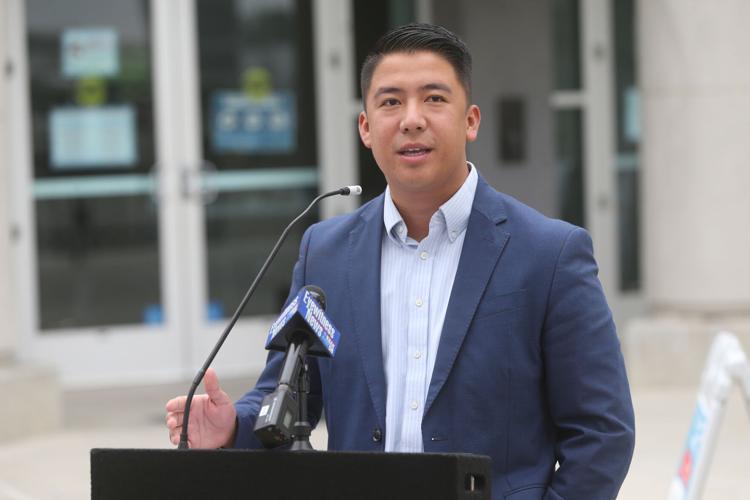 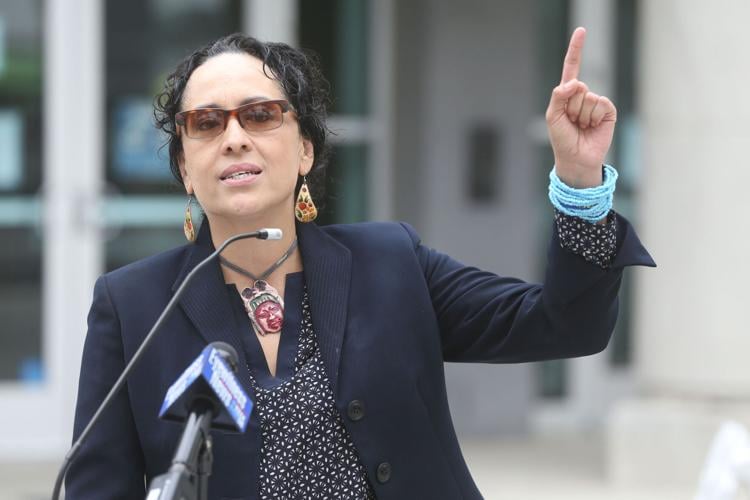 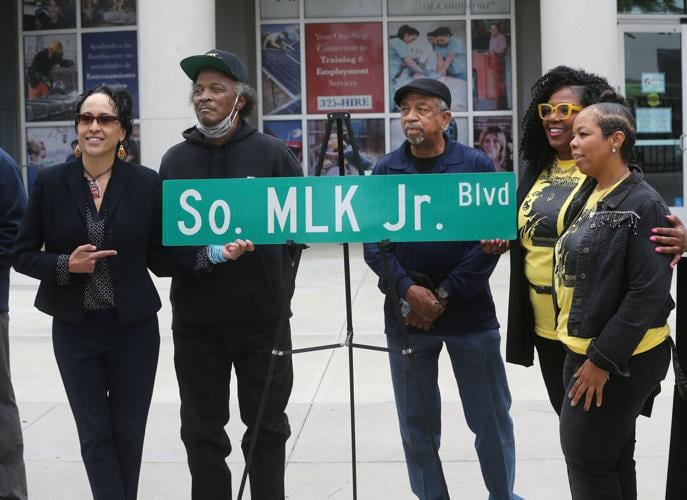 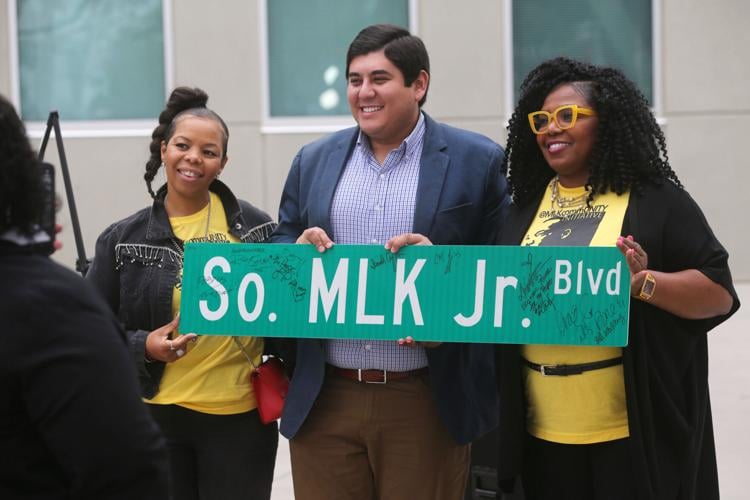 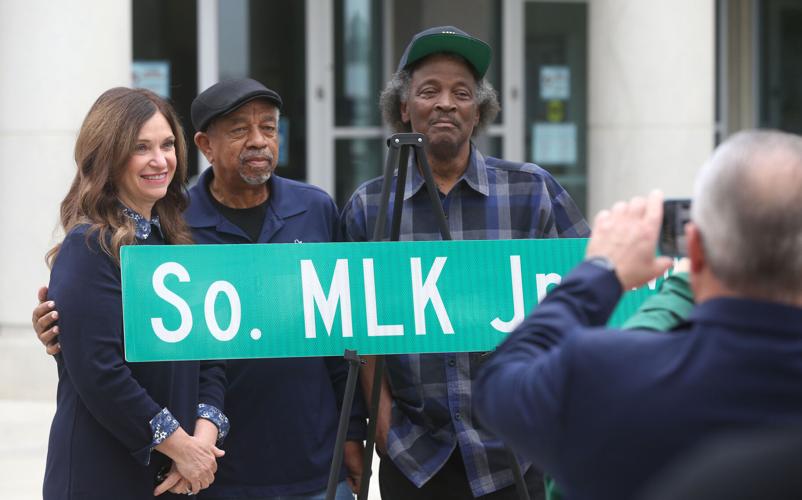 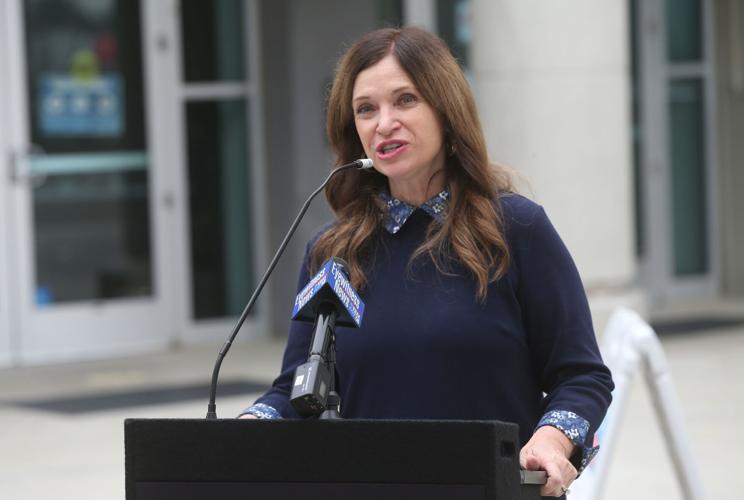 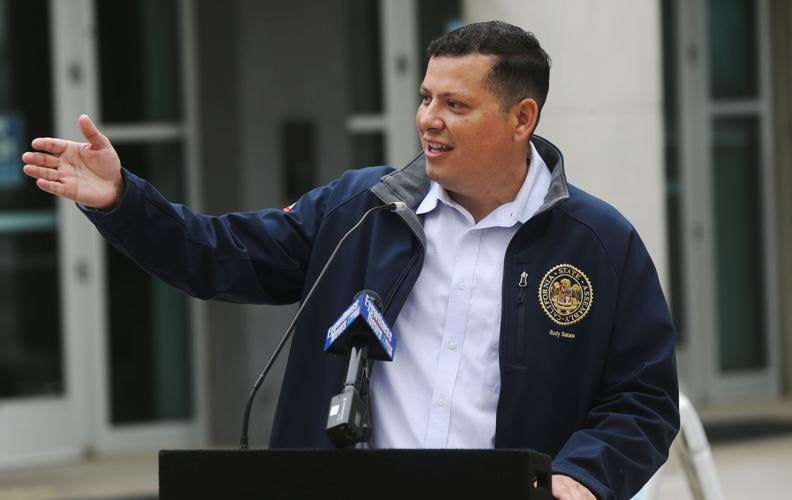 Arleana Waller, founder of the MLKcommUNITY Initiative, spoke about growing up on Cottonwood at ceremonies celebrating Cottonwood Road officially being renamed MLK Boulevard on Wednesday.

The name change from Cottonwood Road to South Dr. Martin Luther King Jr. Boulevard is meant to be more than just the alteration of a few street signs. Local residents, and the elected officials who represent them, hope the changing of the road name will lead to the long-awaited rebound for the economically depressed area.

On Wednesday, Kern County Supervisor Leticia Perez and others who were instrumental in bringing about the change held an unveiling ceremony for the new street signs, which have recently been installed at intersections and along Highway 58. The event was emotional for some who have been working to improve the area for years.

Approved in 2019, the name change extends Dr. Martin Luther King Jr. Boulevard into an unincorporated county island south of East Brundage Lane. The city of Bakersfield had approved changing its portion of the road in honor of the civil rights leader in 2003.

The new name comes at a time of renewed hope, as the opening of a new school is expected to bring economic interest to the area. The school, Dr. Martin Luther King Jr. Elementary, opened in 2020 as one of the region’s most significant investments in years.

“This is more than just a name change, and today is a signal to the community that we are serious about community revitalization and we are truly intentional and ready to turn the tide of southeast Bakersfield,” said City Councilman Eric Arias, who noted the city had recently designated more than $50 million to certain disadvantaged census tracts, including those in the southeast. “That is truly putting your money where your mouth is, and it is long overdue. We are incredibly excited to actually make true change.”

Joining in the celebration were Assemblyman Rudy Salas, D-Bakersfield, who helped urge Caltrans to change the lettering on the highway signs, and Kern County District Attorney Cynthia Zimmer, who spoke about her hope for the neighborhood with the addition of the new school.

Local residents may one day look back on the new street signs as the moment things began to change.

“Today is a small token of appreciation to a community who laid down their lives and said, ‘all of us matter,’” Perez said during the unveiling ceremony. “These are beautiful people. These are our people. These are Kern County people. These are great Americans and when we lock arms and say, ‘we stand together’ there is simply nothing we can’t do.”