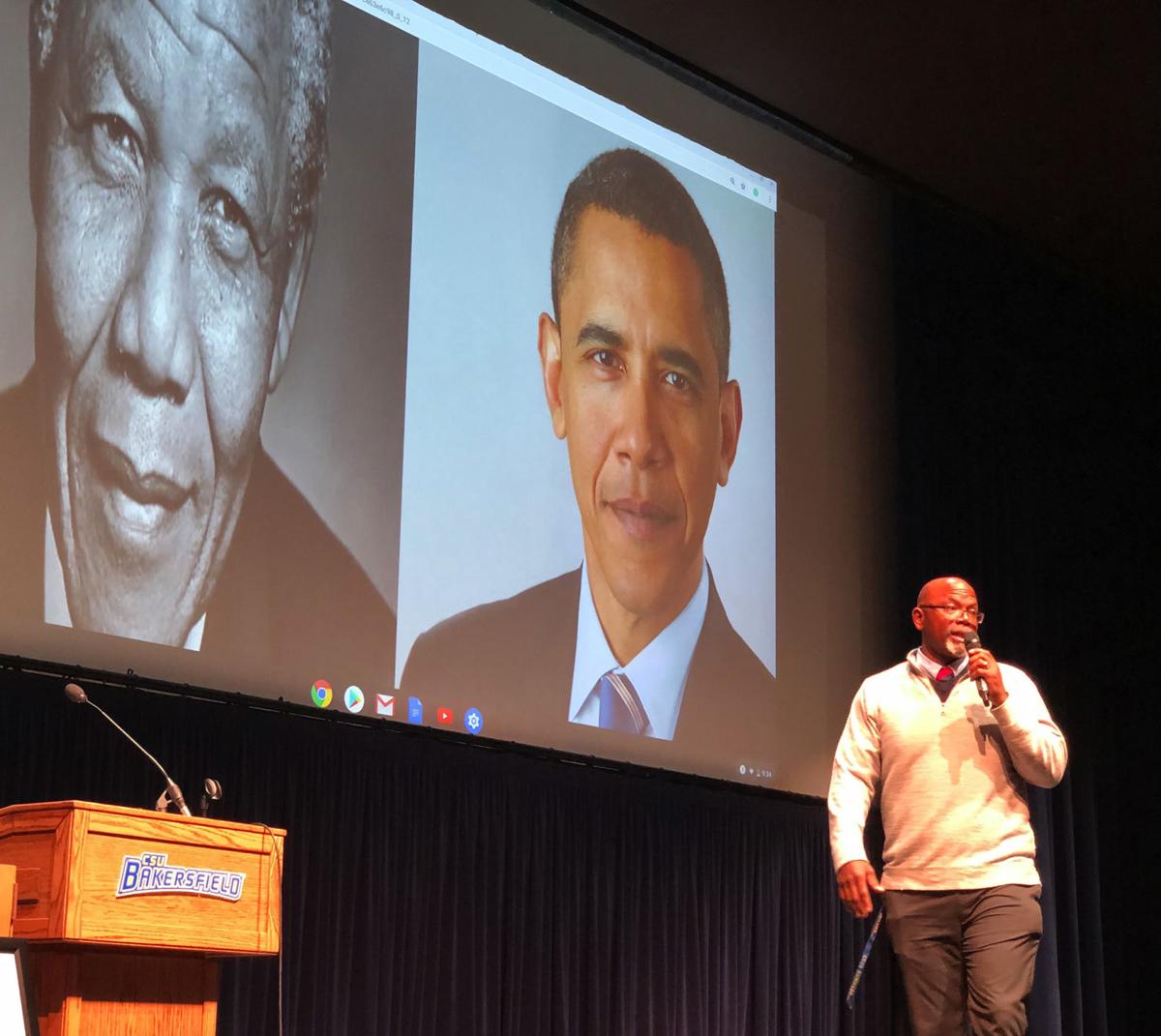 The keynote speaker at Thursday's Project BEST Men Teach event was David Sandles, a Cal State Bakersfield professor. He talked about the different reasons why representation matters in classrooms. 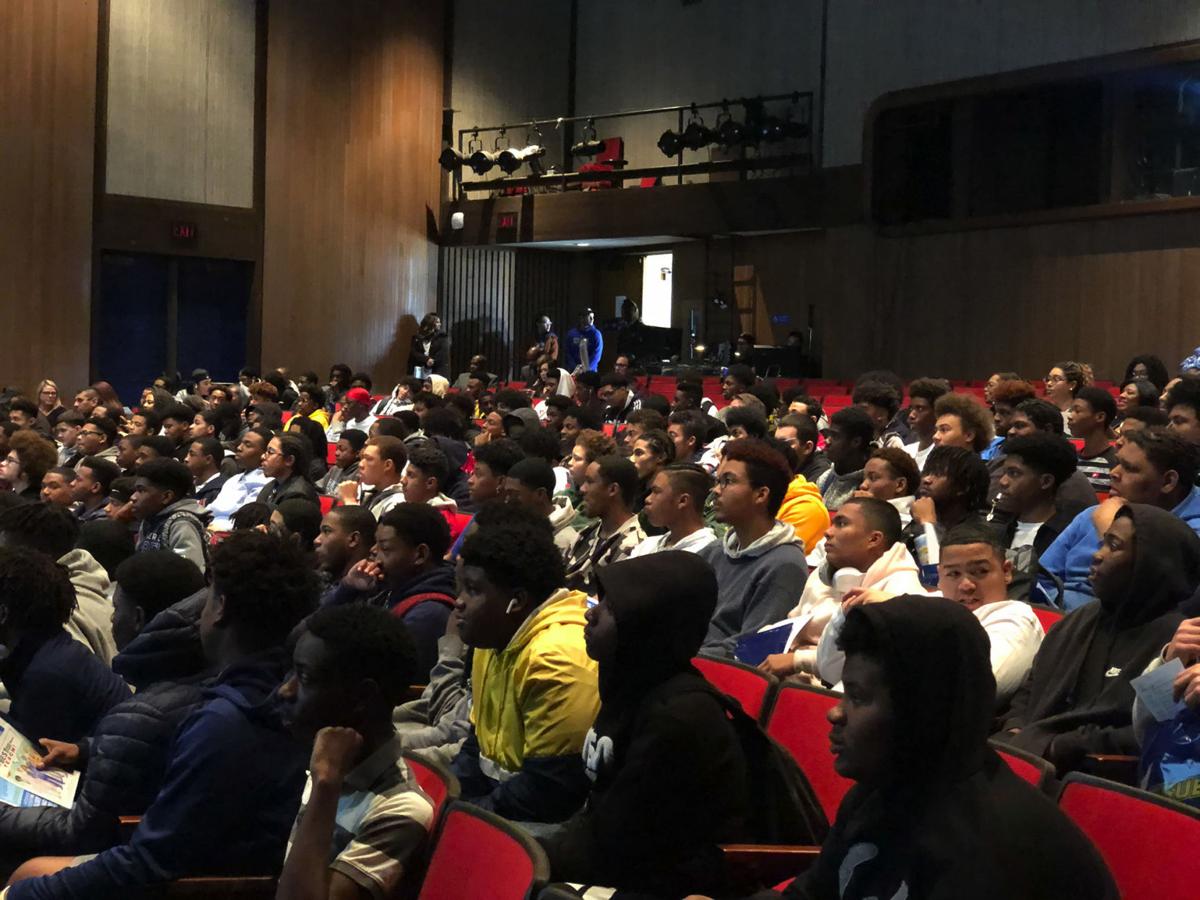 Around 300 young black males from local high schools came to Cal State Bakersfield Thursday and listened to a dozen black male educators talk about their personal journeys and why they decided to pursue education as a career path. 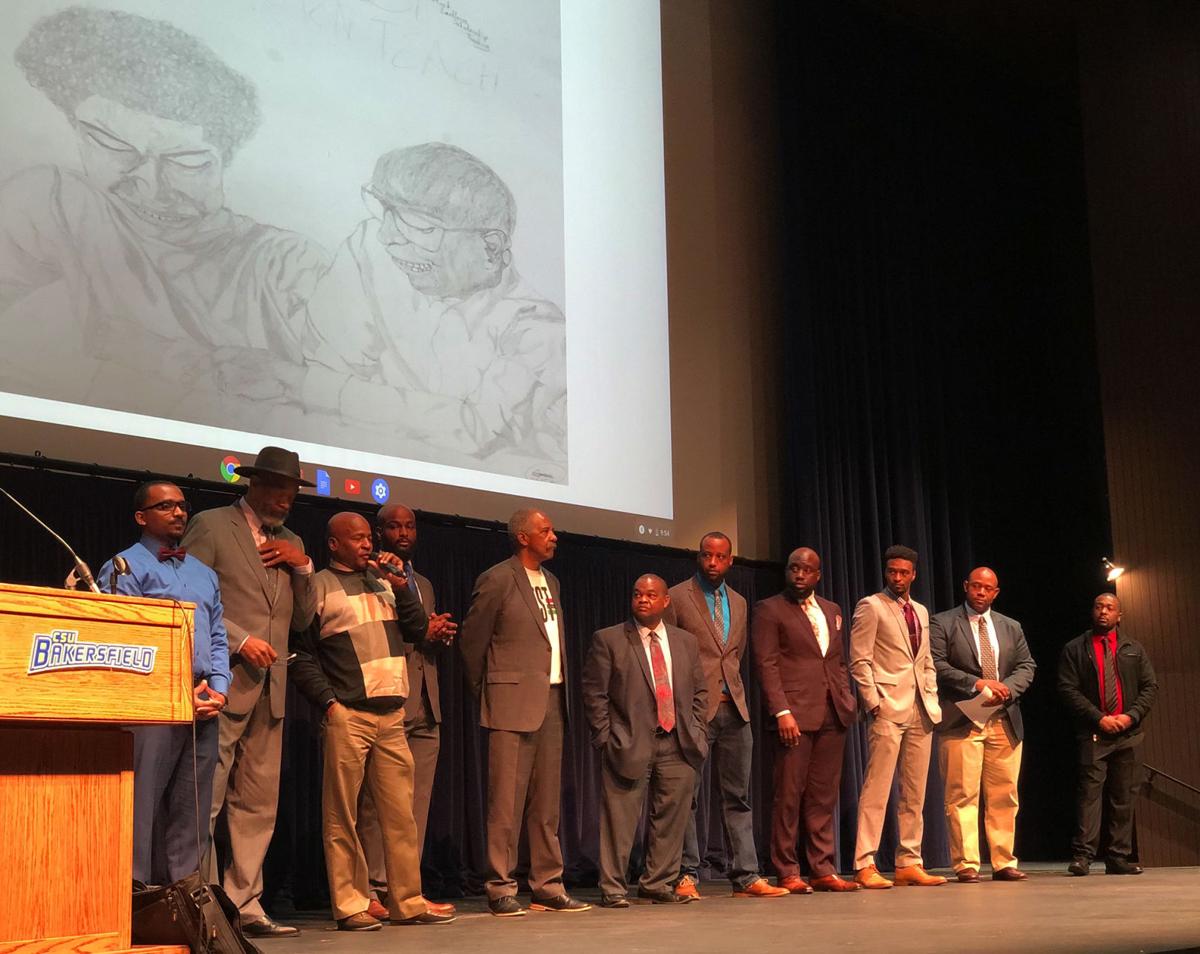 The keynote speaker at Thursday's Project BEST Men Teach event was David Sandles, a Cal State Bakersfield professor. He talked about the different reasons why representation matters in classrooms.

Around 300 young black males from local high schools came to Cal State Bakersfield Thursday and listened to a dozen black male educators talk about their personal journeys and why they decided to pursue education as a career path.

Golden Valley High School junior John Butler can count on one hand the number of black male educators he has had in his life — one — but the impact has been tremendous.

When Butler was diagnosed with attention deficit hyperactivity disorder as a child, he thought there was no way he would succeed academically. Once he met his chemistry teacher, Okon Udo, everything changed.

"He taught me that I know I can be something more than what I thought I was going to be. I didn’t think I would be anything to begin with when I was in eighth grade," he said. Military service seemed to be his only path, but when he got to Udo's classroom, "seeing him teach me, I thought, 'OK, I can do this.'"

Other students share similar connections with their black male educators, but very few can say they have been taught by more than three in their academic careers.

In Kern County, out of 15,765 total teachers, there are 325 black male educators in public schools, or 2 percent. Statewide, black men make up 3.9 percent of all teachers, while nationally they make up only 60,000 of 3.2 million teachers. That's only 1.8 percent, making black male educators an almost "endangered species," according to David Sandles, a professor at Cal State Bakersfield.

To try to improve those numbers, CSUB's Department of Teacher Education partnered with Kern High School District’s Project BEST, or Black Excellence in Scholarship and Teaching, and invited around 300 young black men to hear from 12 local black educators and administrators and encourage them to consider education as a career path.

Black educators are needed in all levels, especially elementary and middle school classrooms. If no effort is made now, those statistics will only continue to decrease.

"This is a crisis that we face," Sandles said to a crowd of students Thursday in the Doré Theatre during his keynote address. "In 15 years, if we continue at the same rate, we'll be less than 1 percent. You'll be challenged at some point to find a single black educator."

That type of representation matters, not just for diversity sake, but because of the way it affects black students throughout their lives. One statistic noted by Sandles shows that having just one black male teacher in third, fourth or fifth grades reduces drop out rates for black students by nearly 33 percent. Additionally, black students who had one black teacher between kindergarten and third grade are 7 percent more likely to graduate from high school and 13 percent more likely to enroll in college.

Marcus William Baley, from Bakersfield High School, said his social studies teacher in seventh grade helped show him "greater possibilities" that were available to him in the world.

"I can pursue knowledge and succeed ... he showed me what I could be if I put my mind to it," he added.

Sandles also credits a high school track and field coach, who always made himself available to both his students and nonstudents, as an inspiration for choosing education as a career path.

"I just imagined myself at some point becoming a sitting judge and doing something in the world of law and influencing policy," Sandles said. "I didn't envision this for myself, but it was after the initial experience with the high school track and field coach and then having some really powerful college professors who just engineered a shift of thinking."

Now that he can be a mentor and inspiration to young black men, he calls the experience "transformative."

But not too many choose to become educators. Out of 84 students who were surveyed Thursday, 65.5 percent said they do not want to become an educator, mainly because they would rather do something else, they're not good with kids or they have athletic aspirations.

But for the 34.5 percent that would consider it, they believe they can help future generations. One respondent said, "I would have the opportunity to become the person I needed when I was growing up." As minorities, they also noted they would be champions for students from underrepresented populations who don't see people like them in classrooms.

Later in the day, students heard from a dozen local champions who spoke about their personal journeys and why they chose education.

"The impact is potentially huge. Just the possibility of you being in the classroom, being in front of students, the imagery is powerful," Sandles said.