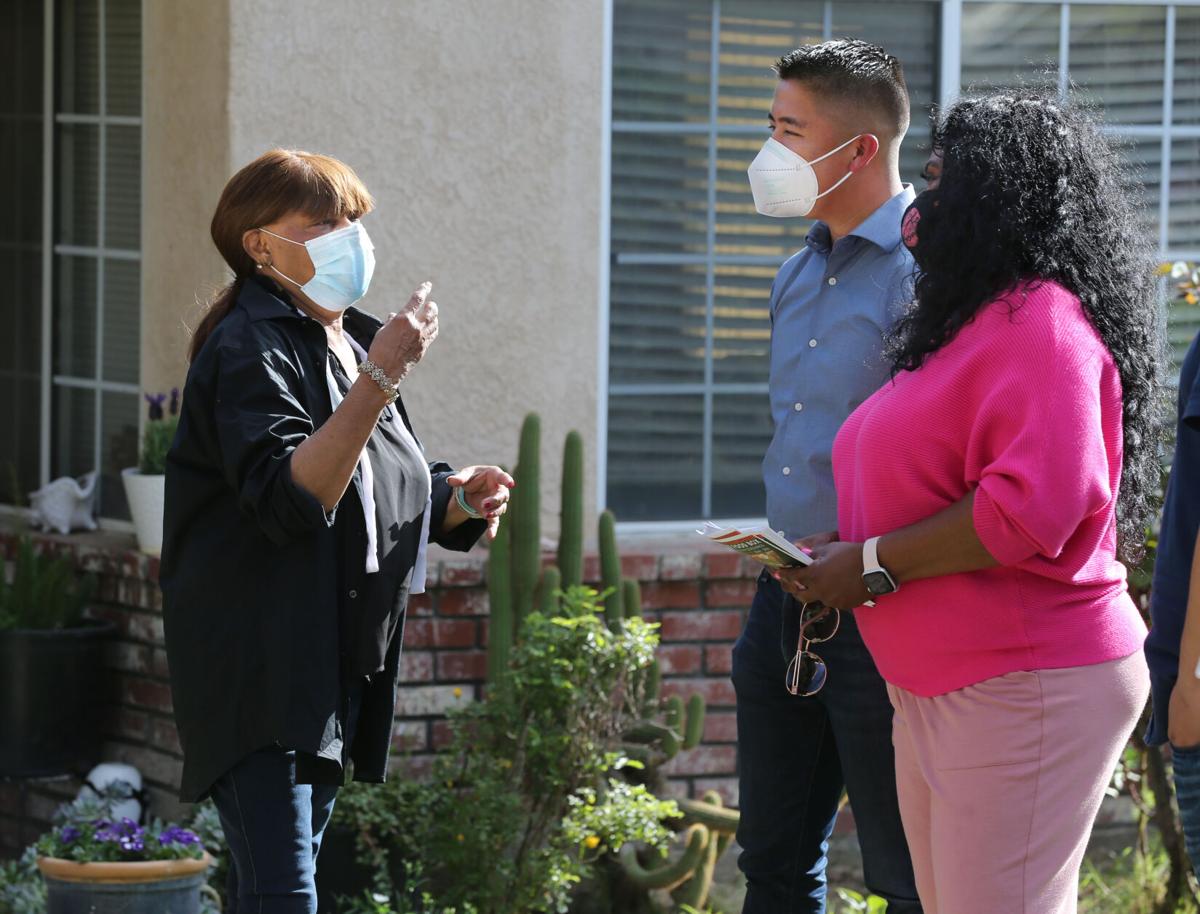 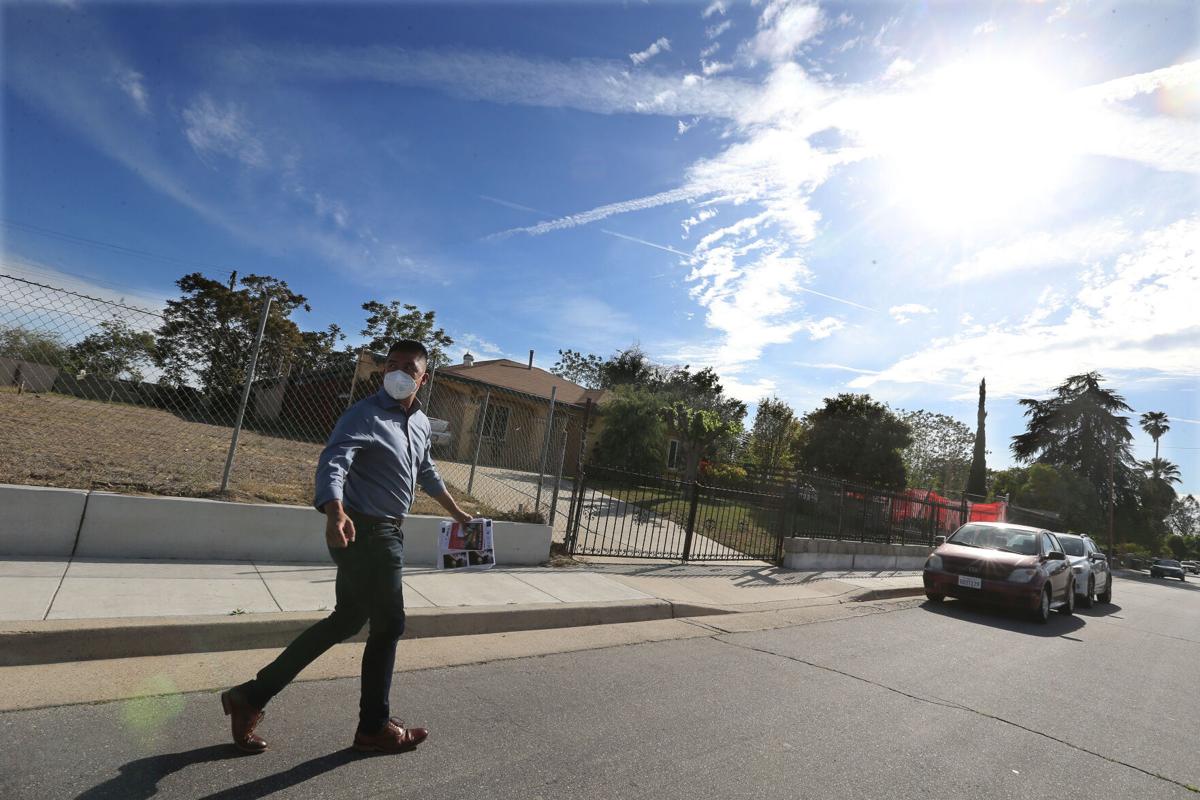 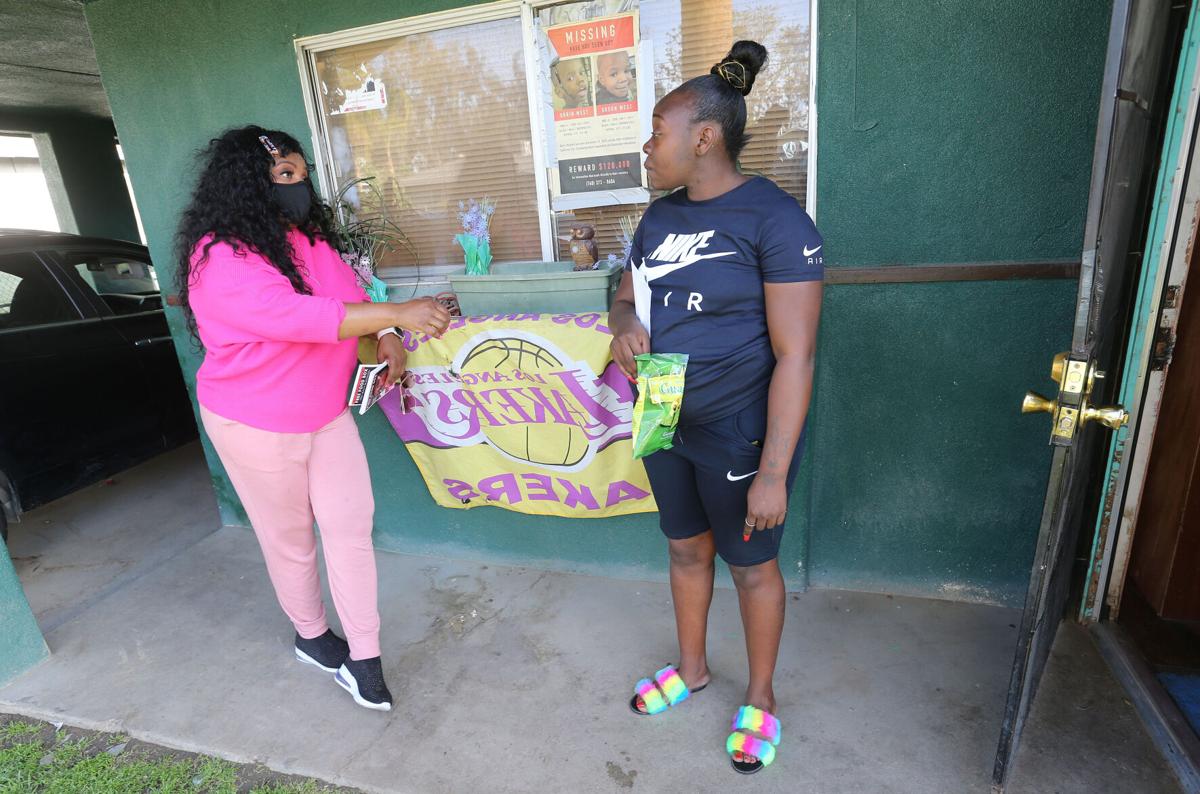 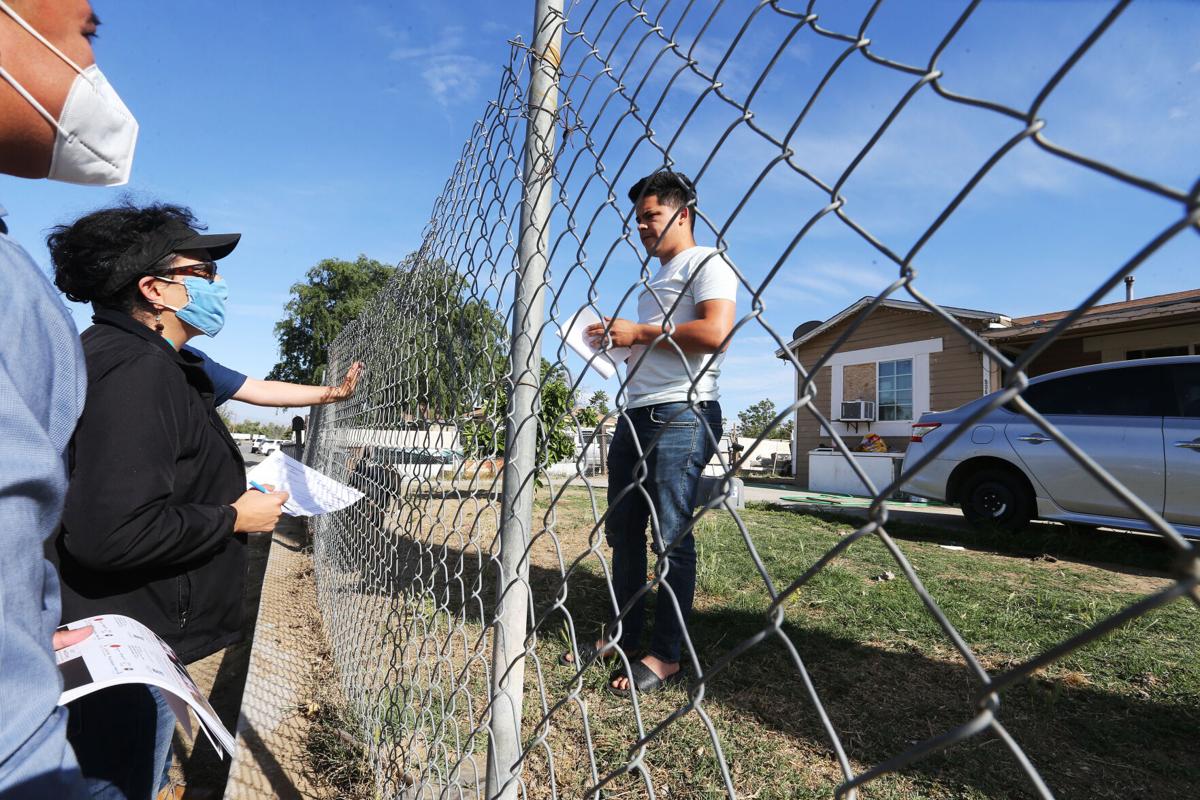 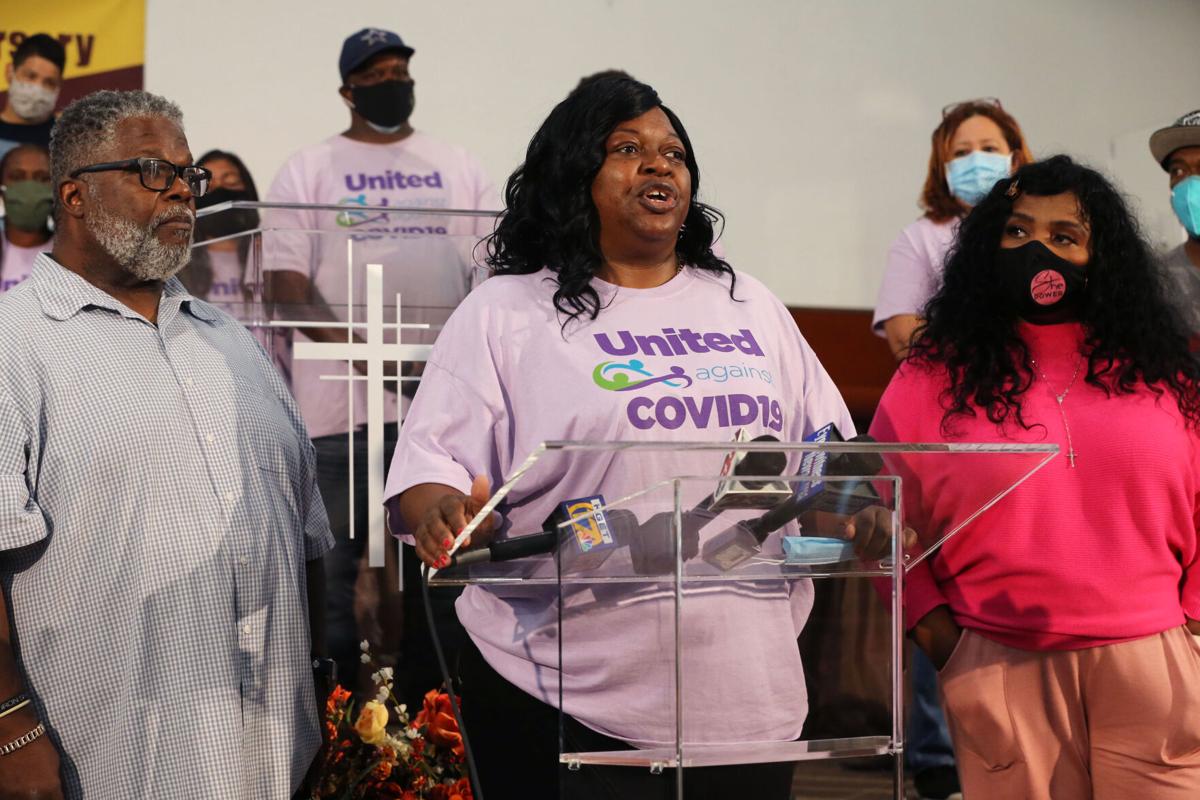 Ucedrah Osby, with United against Covid, spoke during a Wednesday press conference promoting the vaccine as well as an upcoming COVID-19 vaccination effort taking place Sunday at The People’s Missionary Baptist Church in southeast Bakersfield. 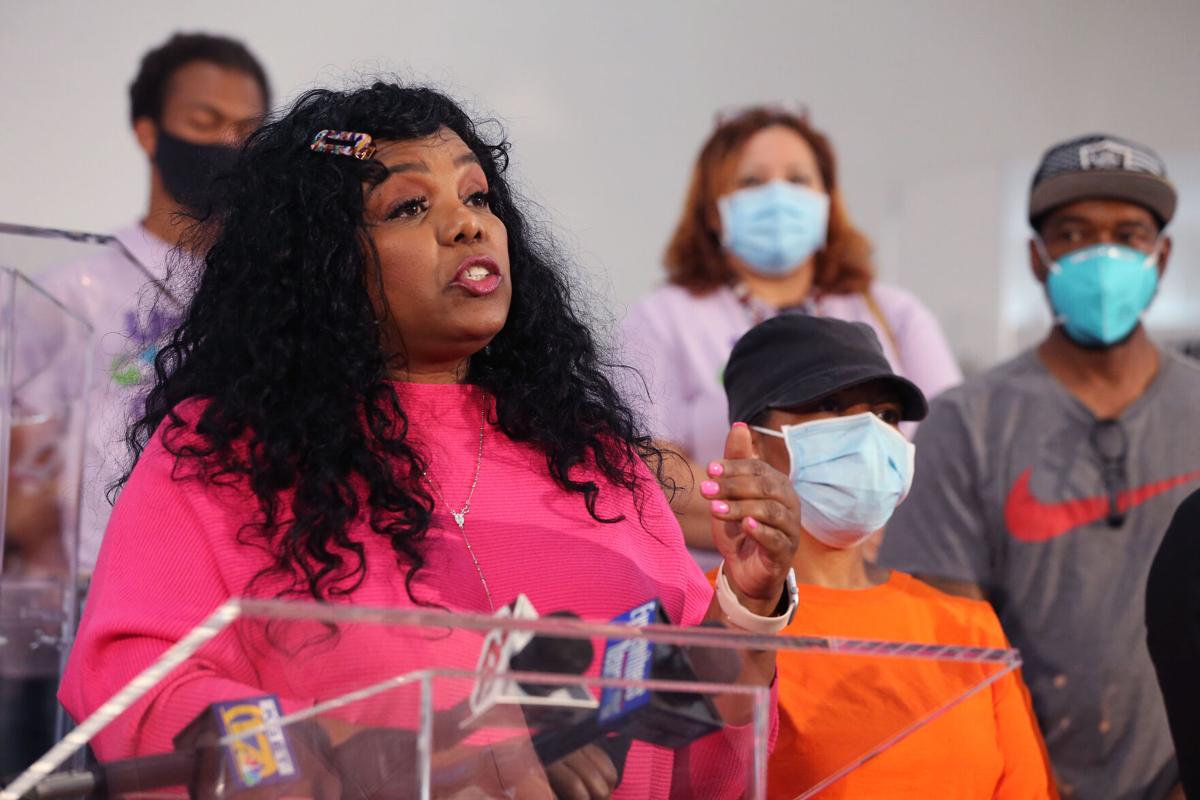 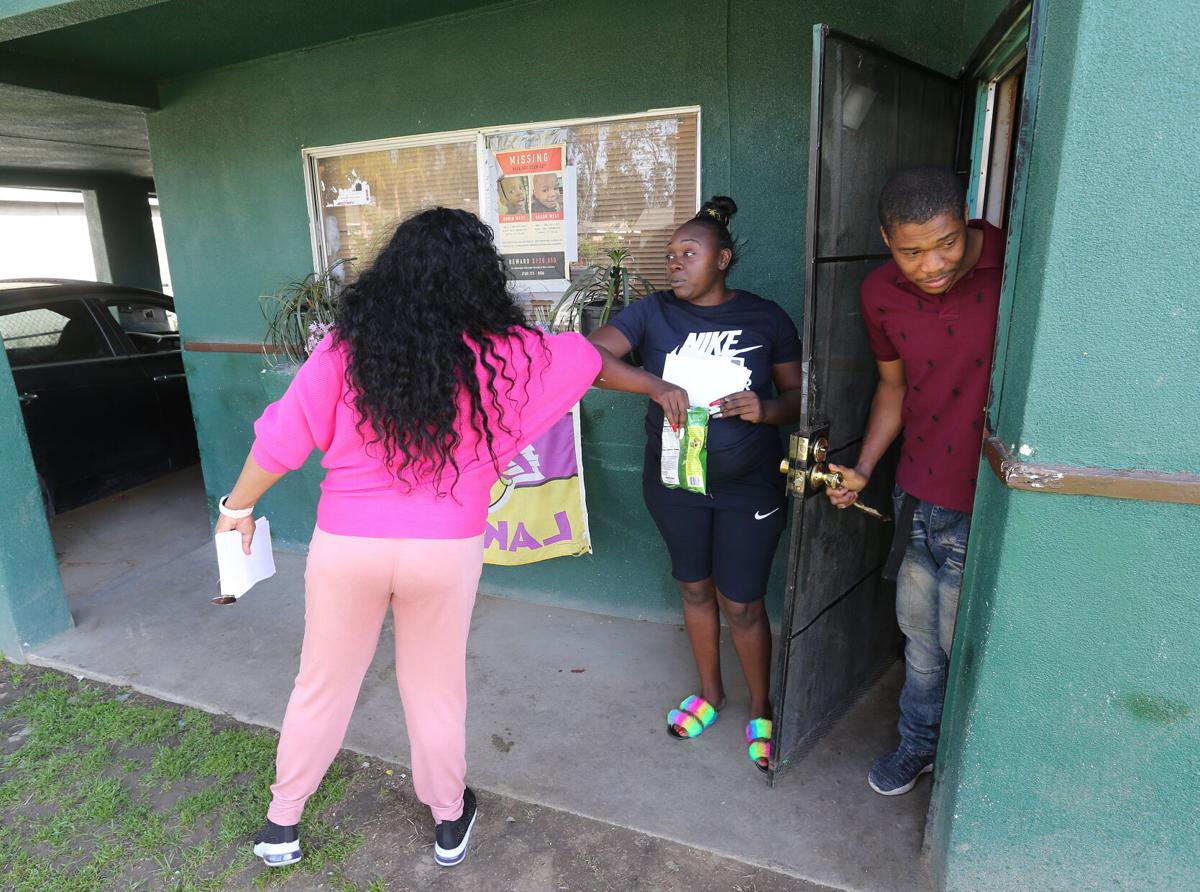 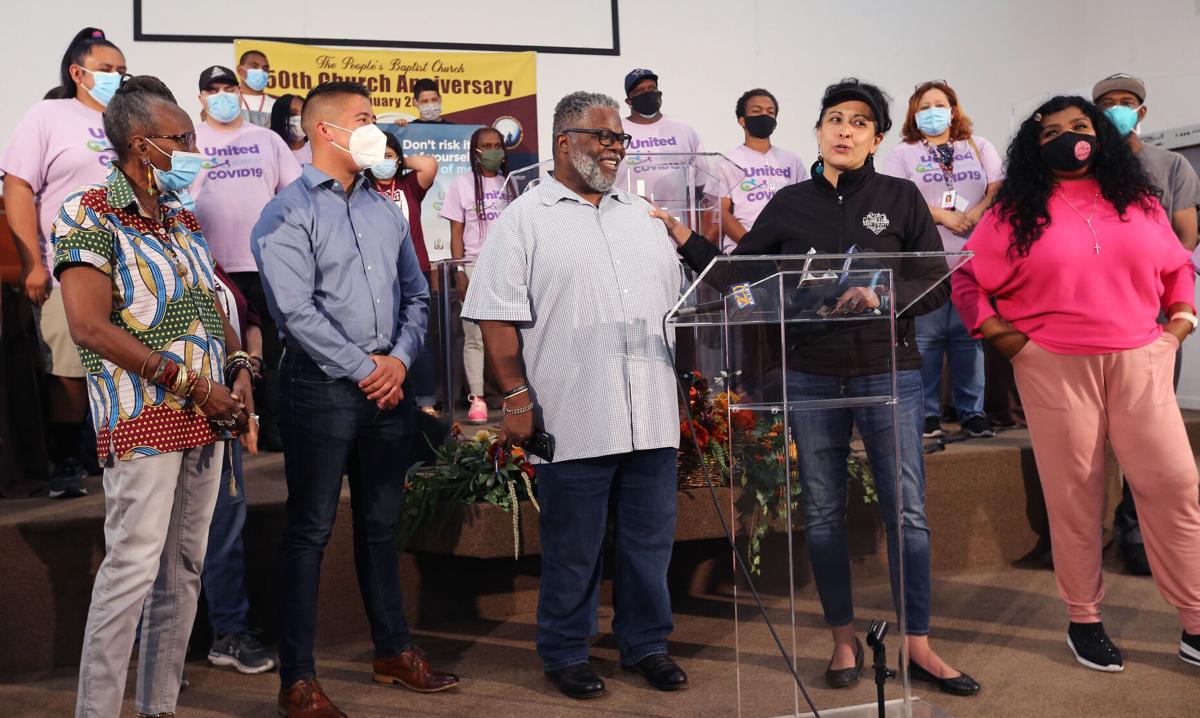 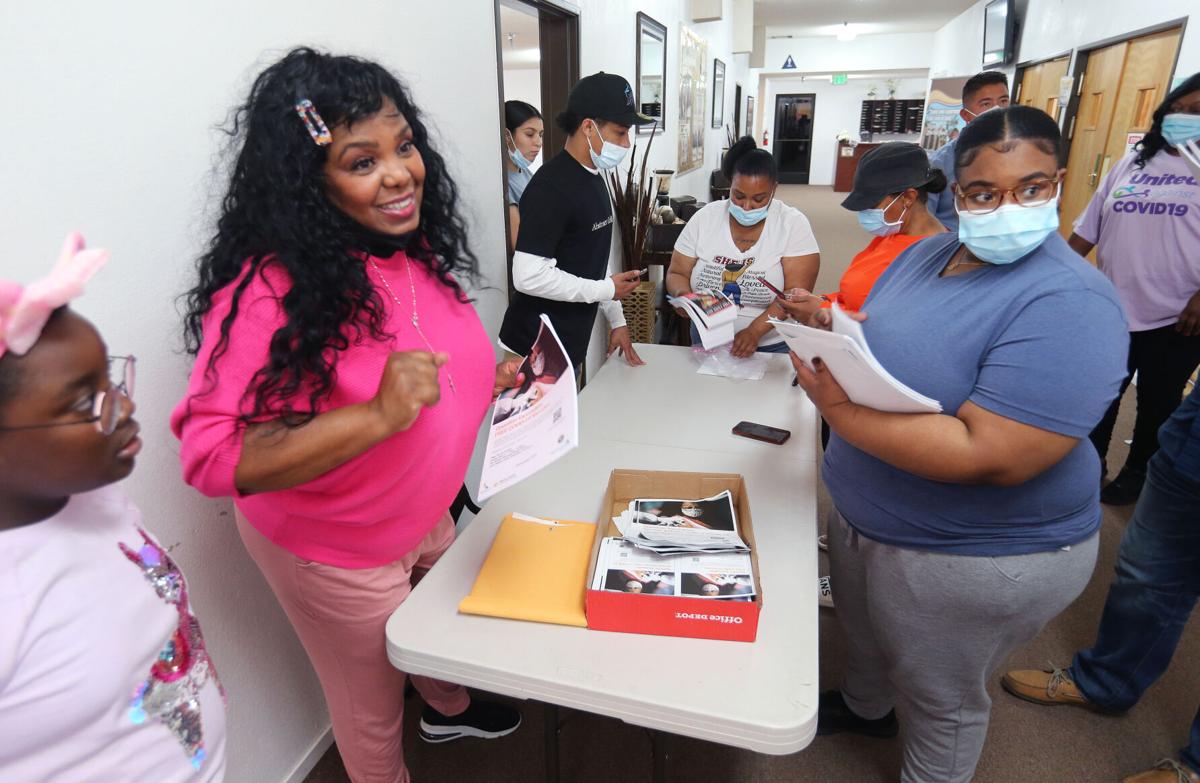 Ucedrah Osby, with United against Covid, spoke during a Wednesday press conference promoting the vaccine as well as an upcoming COVID-19 vaccination effort taking place Sunday at The People’s Missionary Baptist Church in southeast Bakersfield.

Sabrina Morgan voiced skepticism about the coronavirus vaccine Wednesday afternoon. In front of her home in southeast Bakersfield, she said she wasn’t sure if she should get it because she’d heard people had died after being vaccinated.

Yet, a few minutes after speaking with a group of canvassers — who happened to include Supervisor Leticia Perez and Councilman Eric Arias — she was convinced to attend a free COVID-19 vaccination clinic happening a few blocks away on Sunday.

“I have two little boys who need me,” she said after the canvassers had left, noting she had health complications like diabetes that could make a coronavirus infection deadly. “I know if I catch the COVID I won’t have half a chance.”

Persuading people like Morgan to get vaccinated is a key goal for a coalition of healthcare providers and community advocates. They have come together to hold Operation Vaccination, a free COVID-19 clinic that aims to distribute 1,000 one-dose Johnson & Johnson vaccines from The People’s Missionary Baptist Church on Sunday.

Focusing on African Americans and Latinos who live in the surrounding area, organizers hope to close the gap between groups who have been disproportionately impacted by COVID-19, who may still have questions about the vaccine’s efficacy.

For African Americans in particular, a history of medical mistreatment contributes to vaccine doubts.

“When you’re talking about elderly members of our community who may not have access to all of the social media outlets and all of the information, some of those things are very scary for them,” said V.K. Jones, lead pastor of The People’s Missionary Baptist Church, which will host Operation Vaccination. “If they’re old enough to remember when they were discriminated against in getting their medical care just because of the color of their skin, then they are going to be very much afraid and leery about getting this vaccine. They’re not going to just do it because somebody says they ought to do it.”

Sunday’s event has been preceded by a media campaign involving local African American leaders espousing the benefits of the vaccine.

For Arleana Waller, who organized the event through the MLKcommUNITY Initiative, the subject is an emotional one.

“We’re dying at a much higher rate, and we’re saying no to something that we are not educated about,” Waller said. “(Morgan) was able to have an honest conversation, and in the end she made her own decision. It breaks my heart that that hasn’t been afforded to the Black community, to have these honest conversations with trusted messengers that look like them.”

Both Blacks and Latinos live in the area surrounding The People’s Missionary Baptist Church, and organizers hope the proximity will draw in those who may have had difficulty reaching vaccination sites in other parts of town.

Perez’s office and Facebook each provided a $5,000 grant for the effort. Gov. Gavin Newsom’s office also directed the vaccines to the event to help reach disadvantaged communities.

“This is an opportunity for us to come out here and say, ‘you matter,’” Perez said. “Your people, your children, your community is so important here. For whatever way in which we have contributed to not making that so, we are here to make up some of that ground.”

Who: While aimed at reaching African Americans and Latinos, everyone is welcome

Visit coldf.org to register although walk-ins will be accepted