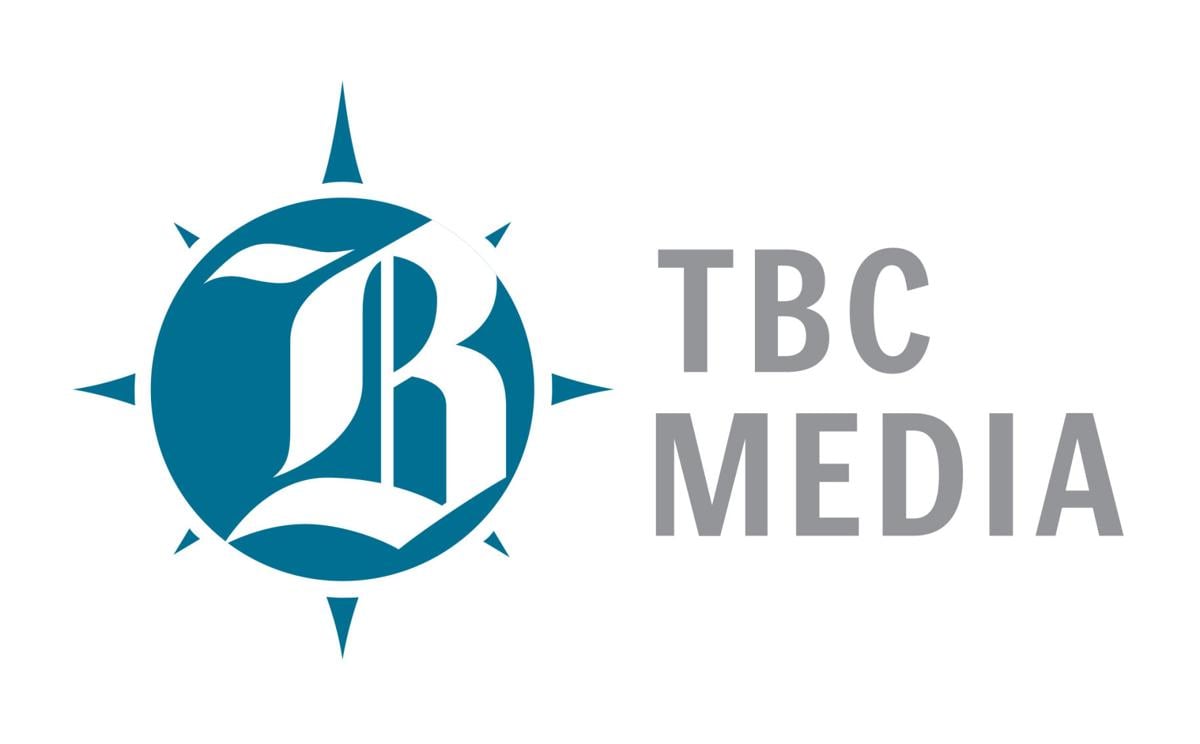 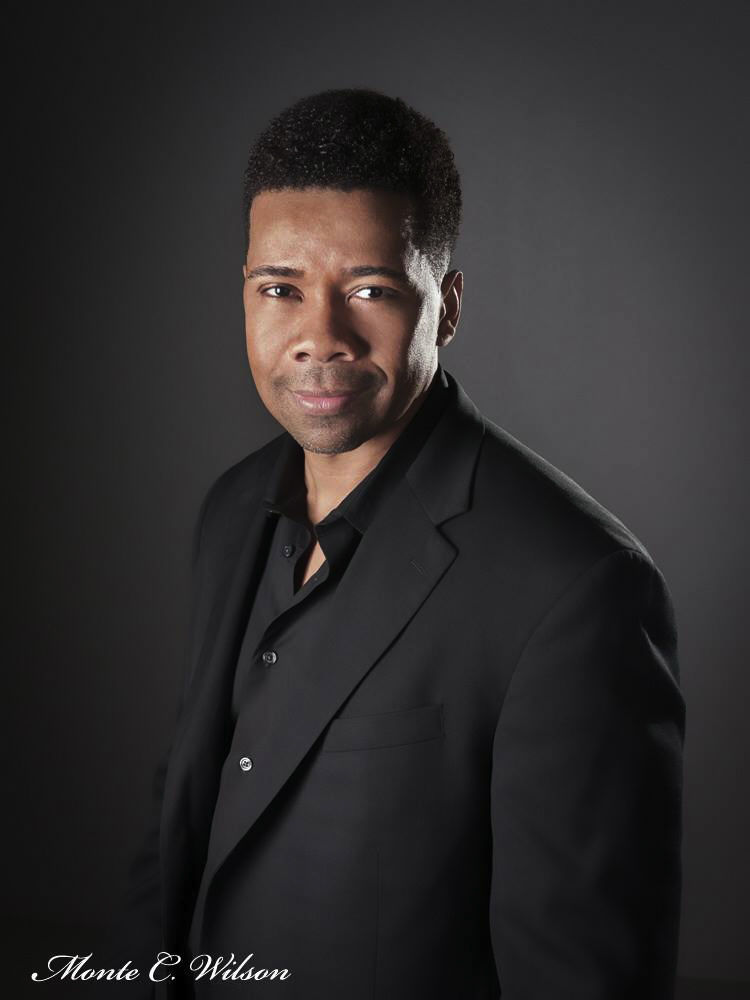 There has been much local speculation and discussion since The Californian severed its relationship with community columnist Danny Morrison earlier this week.

Morrison himself has, intentionally or unintentionally, fueled some of the assumptions readers have been making.

We believe, in light of such rampant speculation, we needed to explain why we parted ways with Morrison, who has contributed dozens of columns since October.

Our credibility as a news organization is on the line every day, with every story, every word. Nothing is more important to our mission.

As we said in an earlier statement, Morrison's departure from The Californian had nothing to do with controversy generated by his columns, or with criticism he or The Californian received as a result of their publication.

The Californian has published controversial stories throughout our history that we knew would likely result in anger from some readers, or worse, cancellations of subscriptions. But the mandate to fulfill our mission to inform and enlighten invariably won out.

The Californian and Morrison parted ways for one primary reason: Despite attempts at counseling him regarding the inclusion in his columns of people who are not real, he continued to introduce these composite or hypothetical figures without clearly identifying them as such.

At least one of those submissions made it past the editing process.

In the interests of transparency, we decided to review every column Morrison submitted.

Here is what we found:

On April 25, we published a column by Morrison about a man named "Tony" from the east side of Bakersfield who grew up in a broken home, joined a gang, served prison time and later struggled to recalibrate his life. The point was that released prisoners "shouldn't be shackled with their respective crimes for the rest of their lives."

After the column appeared in the paper, an editor at The Californian asked Morrison if Tony was a real person. Morrison told that editor Tony was a compilation of people Morrison had known and worked with over the years. The editor told Morrison that if he is going to use hypothetical people to make a point in a column, he needs to tell his editor and his readers.

But Morrison continued to insert hypothetical or composite people in his columns without alerting his editor and readers — although editors caught most or all those instances before publication.

On Aug. 7, Morrison turned in a column about the hit-and-run case involving John Giumarra III. The submission contained multiple factual errors, including referencing a "Leroy Jackson" who turned out to not exist.

The submitted column read: "Close your eyes. This case isn't about John Giumarra III. It's about Leroy Jackson. Hispanic. Age 25. Tatted. Intoxicated. Killed a caucasian woman on the highway. Then, left the scene of the crime and had multiple DUI priors. Now open your eyes ..."

Before the column was edited, Morrison contacted an editor to say Jackson's name should be changed to Carlos Lopez.

An editor looked up the names Leroy Jackson and Carlos Lopez in The Californian's archives to verify the details in the column. No such people were found. The editor asked Morrison if Lopez was a real person and Morrison said no, he's a hypothetical figure.

The editor changed the column to say: "It's about a hypothetical Carlos Lopez. Hispanic. Age 25 ..."

Morrison was told — for the second time — that if he wants to make a point using a hypothetical person, he needs to tell readers he is doing so. It was one of many errors pointed out to Morrison, who responded to the editor with an email on Aug. 10 containing the following:

"As I have begun writing my newest article, I wanted to thank you again for taking the time to teach me a few things on my last one involving John Giumarra III.

"As I mentioned, I'm still fairly new at this, but the information you shared with me was some of the most valuable I have received this far. From emails to phone calls, you really took the time to show me the ropes on how to write an article that involves investigative information.

"I want to continue to get better. I want to perfect this craft. Thank you so much for not only the investigative tips, but for the investment in ME."

Problem was, Morrison turned in another column on Sept. 8 containing yet another fictitious character. It would be the last column Morrison would submit to this newspaper.

"Meet Juan. Juan's parents migrated from Chiapas in Mexico when he was only 4 years old."

Morrison created an entire backstory. Juan's parents were staunch Catholics. His mom, Lupita, carried the same rosary beads in her purse throughout her son's adolescence. Juan's father saw fit to have his wife and son deeply immersed in prayer every night and in the pews of their neighborhood church every Sunday morning.

This extended composite character is followed by Morrison through high school and into college. Most of the proposed column is about Juan.

"Juan would attend Cal Berkeley and graduate in 3-1/2 years time," Morrison wrote. "He is now in the process of starting a career which will command a six-figure salary in a short span of time. All due to the United States of America."

After that submission arrived, an editor emailed Morrison with the following request:

But Juan was not a real person. There was no contact info.

At that point, after the third violation, we felt we had no choice but to part ways with Morrison.

Basic journalistic ethics demand that reporters never make up sources or subjects in their stories. A columnist has slightly more leeway, only in the sense that a composite character may be allowed if it is made clear to the reader high up in the column that the subject is a fictional or composite figure.

That, apparently, was a hard lesson to learn for the former community columnist. But it was too important to let it ride yet again.

We wish Danny Morrison the best.

The Californian's credibility as a news organization is on the line every day, with every story, every word. Nothing is more important to our mission.

SOUND OFF: Truth, opinion, lies, fake news and telling them all apart

I have known Danny Morrison for almost 20 years. I can say without a doubt that he is an absolute fraud. He has abandoned his children, then taken financial advantage of one of them when the child was diagnosed with cancer. He cheated on his wife and abondoned his family shortly after the birth of this child. Hes a dead beat father that offers little to no financial support to his children. This child in a man's body is not a good person. All those defending him based on his color may want to think twice.

When your arguments are full of nonsensical lies, imaginary racist boogie-men and half truths, making up sources and ficticious people is a necessity.
I expected no less of Danny. I am actually pleasantly shocked to find that the Bakersfield Californian finally stopped this nonsense. But, even a broken clock is right twice a day, so I won't get too excited just yet.....

Dan has moved on to CNN where creating fake news is taken seriously.

I appreciate the explanation for dropping Danny Morrison's commentary from the newspaper. It should have been printed before rumors and speculation were allowed to thrive. My question to the Californian is this - Are you prepared to find a suitable replacement for Morrison's unique and thoughtful perspective from a black liberal?

blew it Danny. Nobody to blame but yourself. The Californian gave you the opportunity to be a voice in a conservative community, and the message is diluted by pure laziness. How hard would it be to find people who received different justice than a Giumarra? If you need hypotheticals, you're not working hard enough. Any deviation from reality will be pounced on as fake news. Don't blame the Californian,they gave you 2 chances too many. Instead of helping your community, you have set them back. Learn from it. Own it. Only the truth will set you free. Only the truth will set all of us free, and there are already enough non truths.

Geesh, and here many of us thought he got fired for being a race baiting POS racist. Guess that part was ok.

I'll bet you say that about every nonwhite person with an opinion you don't like.

Danny Morrison is nothing more than a racist punk. I am sure he has a nice "free" education at others expense merely because of his race. His current job has all to do with race baiting and complaining of the one sided system that worked so well for him. Typical of a libtard why let the facts get in they way of your personal agenda when you can just make it up in "your" view Danny.

I'll bet you say that about every nonwhite person with an opinion you don't like.

What is racist, Brian, is the dearth of opportunity afforded Black people (and other non Whites) here in Kern County, especially if you do not agree with the conservative, Christian-oriented stance of the status quo. You should really understand the term "racist" before you frivolously and thoughtlessly throw it around with impunity. Is there a 400 plus year history of White folks in America being (state-sanctioned) mistreated, systematically imprisoned, beaten, undereducated, decimated and underemployed? I concede Mr. Morrison has some challenges, but you, my friend, lack a firm comprehension of historical racism and, therefore, should not be using the word.

Another vapid comment by someone who believes affirmative action actually benefitted Black people. You should truly educate yourself, Brian. Are you sure he actually possesses a college education? Know your facts, bro.

TBC allowed a journalist to continue to write for the paper despite finding that his sources were not credible? Why is the Editor not on the chopping block, too?

Your choice was to be a journal or "click bait" trash. I am glad TBC chose not to waste your readers time by allowing Morrison to turn the community against itself for the sake of more fuming eyeballs. Give true journalism a chance.

“…he continued to introduce these composite or hypothetical figures without clearly identifying them as such.”

Now, some might call this “lying”…but who am I to question TBC? At any rate, it certainly is playing fast and loose with the truth!
It’s admirable that your staff attempted to “counsel” him on his little peccadillo, but you stated that this first took place in April. That would mean that you let him publish this fictitious garbage for nearly six months before it troubled you enough to banish your “community columnist.” This begs the questions: Who hired this guy in the first place? And, who thought six months of multiple red flags was required to let him go… finally? Why didn’t your “editor” ask him for corroborative facts BEFORE the articles were published given his two previous trips to Fantasy Island?
Check your emails. I hear Brian Williams is looking for a new gig.

The article stated that the editor made the corrections to show the stories were hypothetical, not literal.

Thank you for letting us know why you and Mr. Morrison are no longer working together.