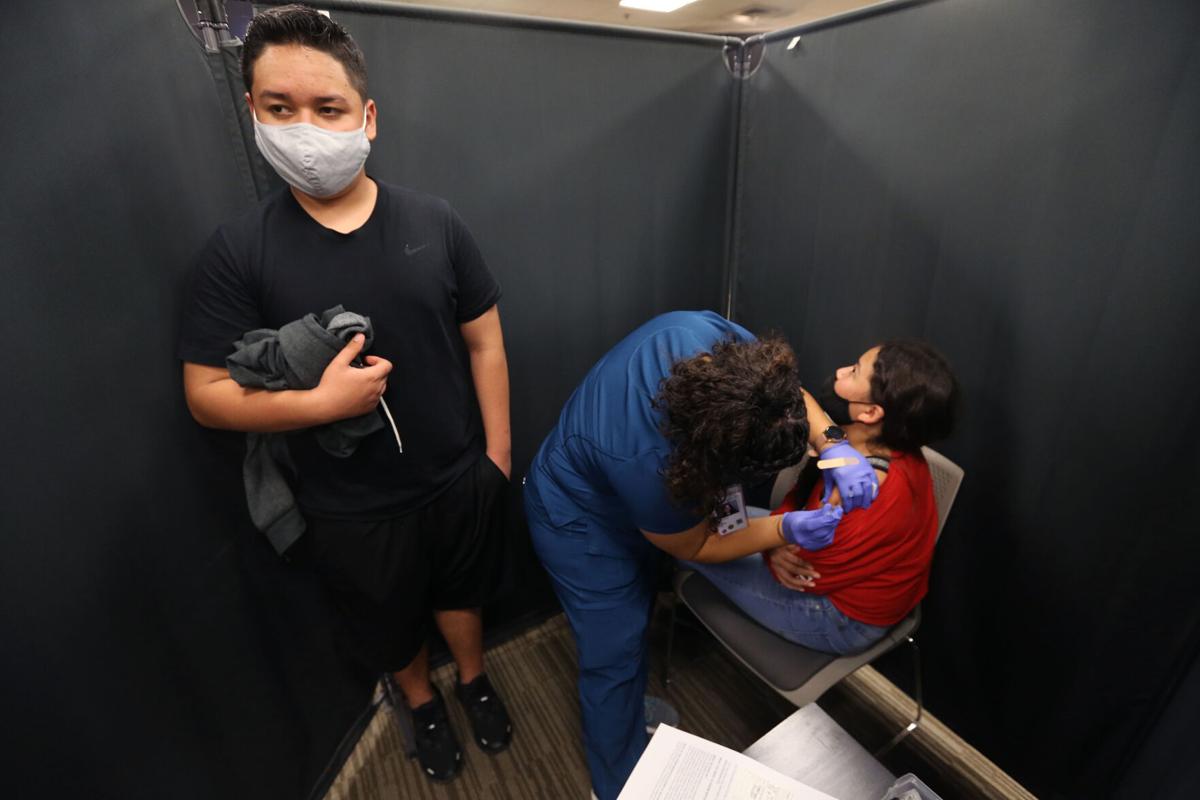 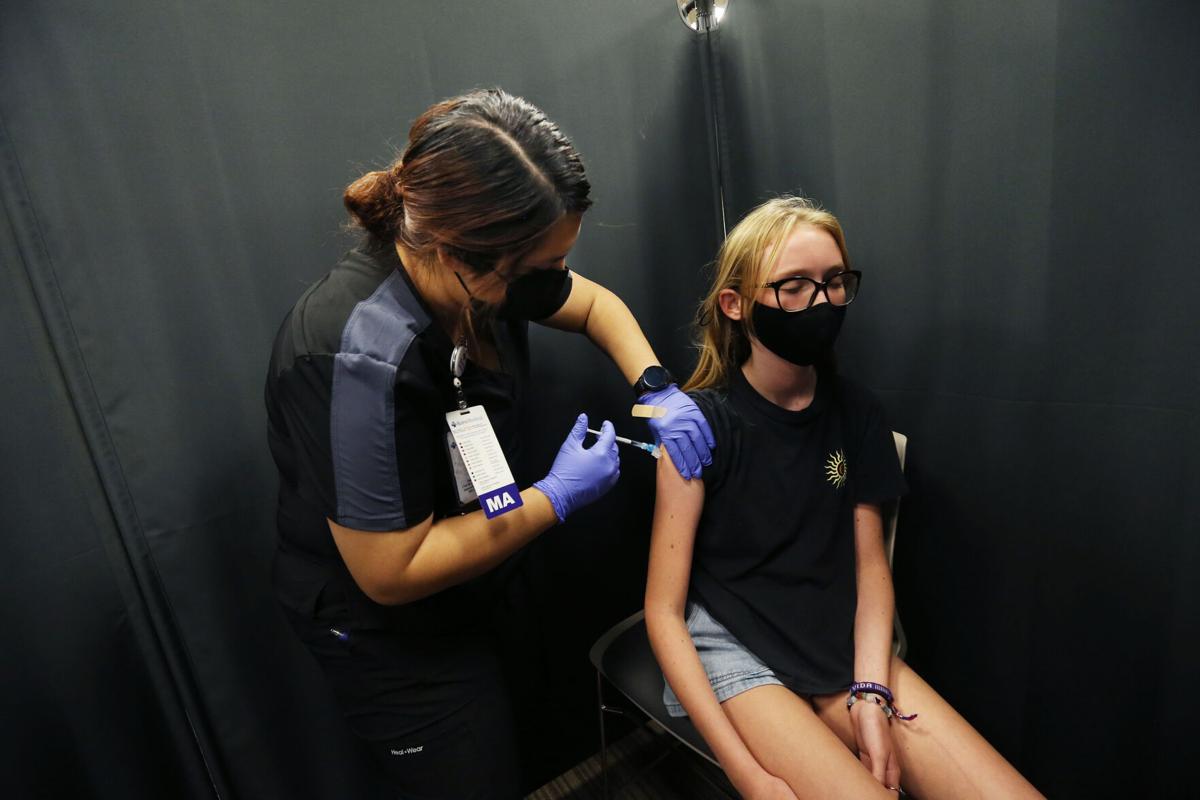 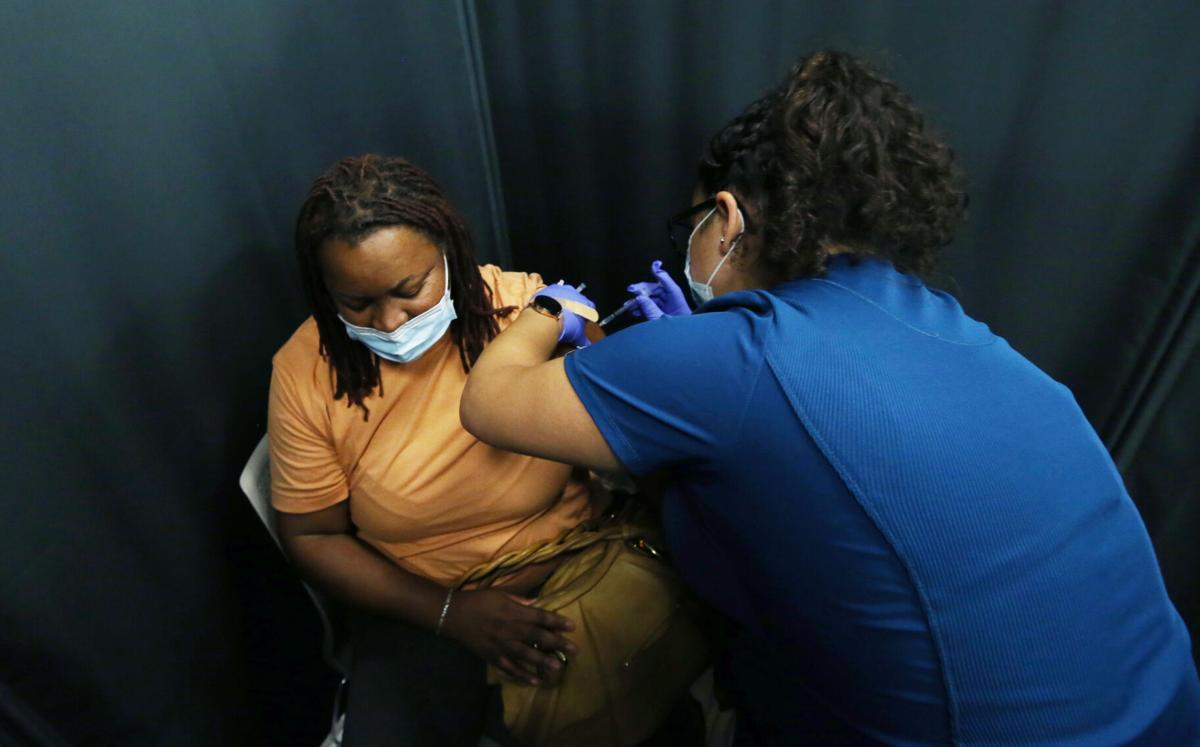 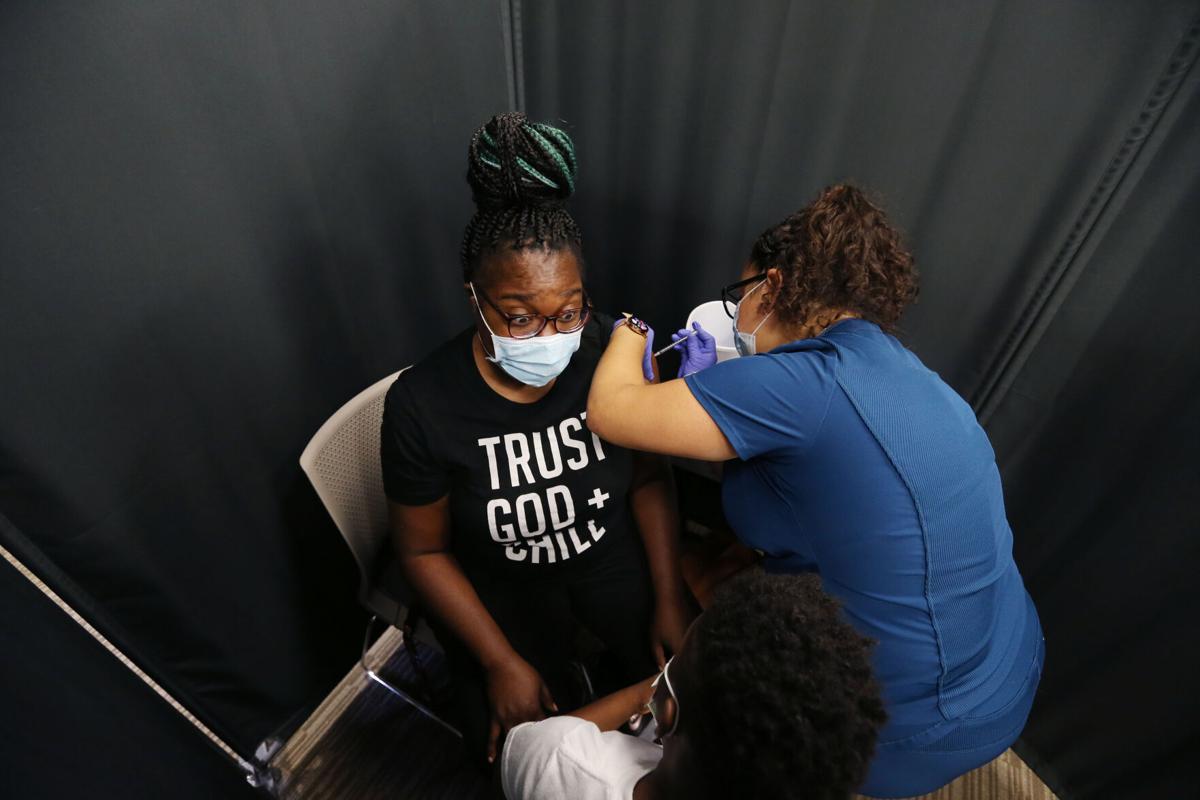 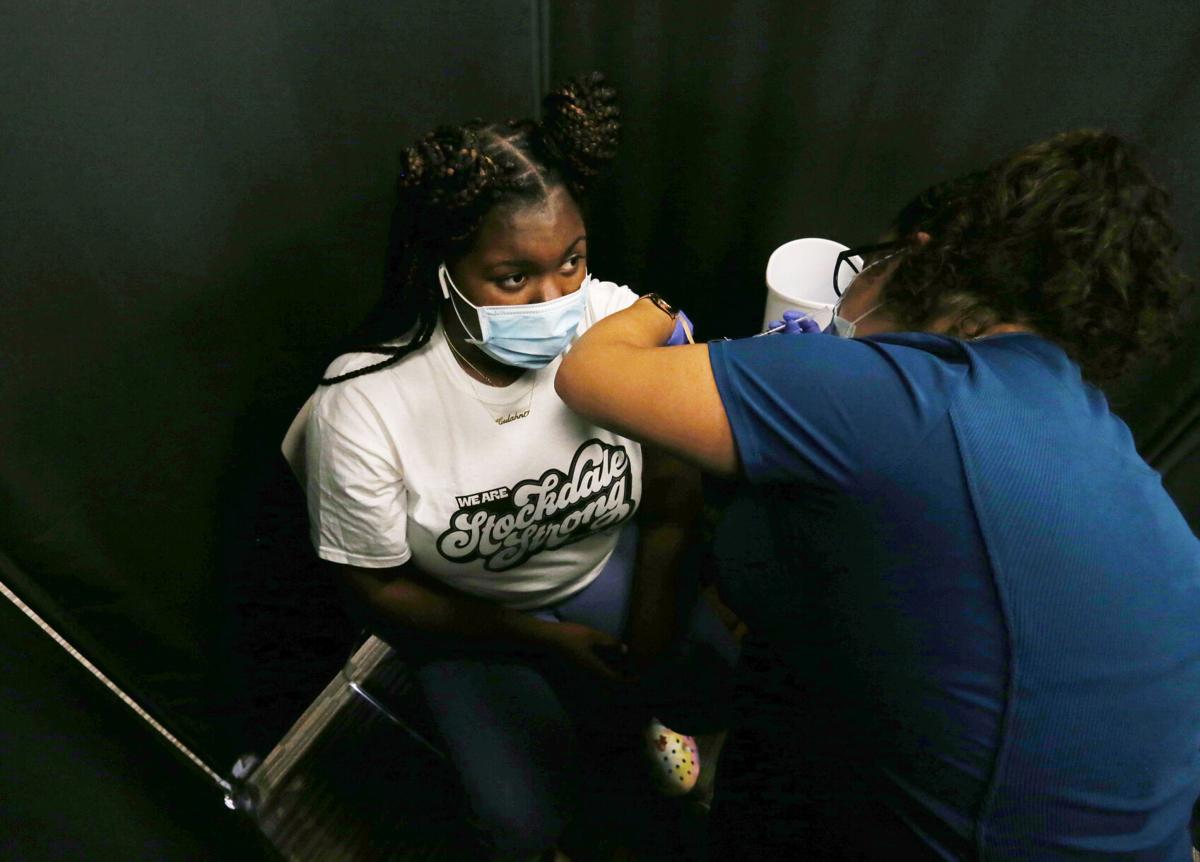 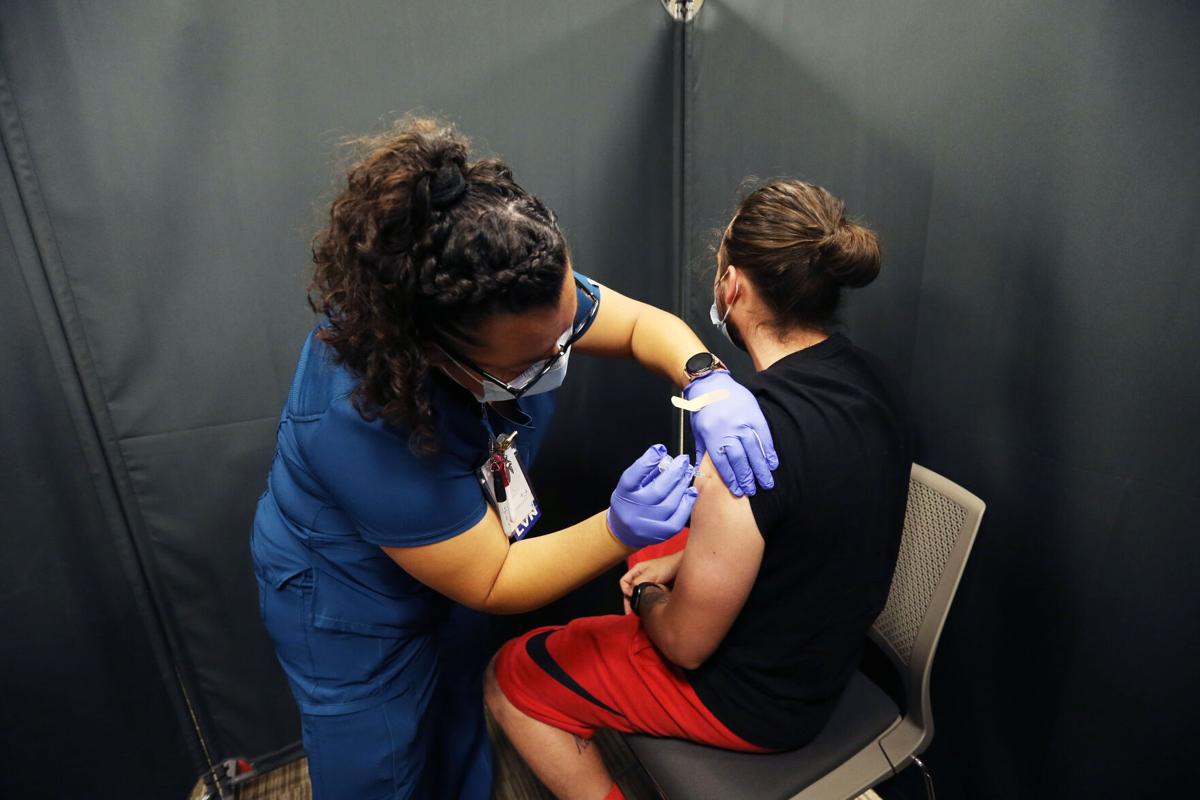 The questions came in quickly over the chat box during a town hall meeting held by Lamont Elementary School District on Thursday. COVID-19 infections had cropped up at all four of the district's schools, and 56 attendees showed up for the lunchtime Zoom presentation held by Superintendent Miguel Guerrero.

"The kids are packed together during recess and (a lot) are unmasked — so how is the tracing being done then? My concern is those in-between times in between classrooms," wrote Yoshi.

"How many classrooms at Alicante have positive cases?" Emilia wrote in Spanish.

"With so many active case(s) why haven't we as parent(s) been informed at all?" wrote Jesus C.

"How bad is it going to have to get for us to have a choice for our kids to stay at home or send them to school? Shouldn't we get the choice now before half the school catches it and it has to shut down?" wrote an unidentified person, while others only provided a first name on the Zoom meeting.

The Lamont parents' concerns demonstrate a deep unease with several aspects of state guidance that have changed rapidly since last year, including a decision to change the way school communities are notified about virus cases. This year, more students are returning to classrooms than ever before since the pandemic closed them.

But the state has changed its rules, and no longer requires schools to notify the school community when there is a COVID-19 infection. As case rates have risen, there has also been increasing confusion and frustration inside and outside school communities about not knowing about cases inside schools.

Unlike most students in Bakersfield who only returned to school this week, students in Lamont have been attending school in person since July 28. But news about individuals in schools testing positive for COVID began to spread recently in Lamont, sparking fear in a community that has been deeply affected by previous waves of the virus.

A big part of their frustration was not fully knowing what was happening in their schools. During the last school year, the state required school districts to notify the school community when there was a confirmed COVID case on campus. This year the only individuals required to be notified are the parents of those who are exposed.

"It is up to each district to decide if, when and how they will notify their stakeholders," said Robert Meszaros, spokesman for the Kern County Superintendent of Schools.

WHAT DISTRICTS ARE SHARING ABOUT CASES

During Thursday's town hall, Lamont Superintendent Guerrero vowed to unveil a COVID dashboard online for the district the following week. He said it would include school sites where there are cases, and whether the cases are among students or adults. He noted that he had seen posts on social media in the community expressing frustration over not knowing how many cases were inside schools.

"We’re not trying to hide the numbers; the numbers are what they are," Guerrero said during the town hall.

He said the district has had 19 COVID cases — 11 that are currently in quarantine. Six of the infections were among staff and the rest are students.

Other school districts in California have unveiled their own dashboards. With the start of the new school year, Los Angeles Unified School District launched the "COVID-19 Testing School Report Card," which includes daily data. It breaks down cases by staff and student and notes whether the cases constitute an outbreak. It also pulls community COVID-19 data alongside school data.

Lamont Elementary's and LAUSD's decisions to share any sort of data with the public go far above and beyond what the state requires of schools. They're also rare. The Californian has not identified any other district in Kern County that has launched its own COVID dashboard, though some have mulled it.

Some districts are more forthcoming with information than others. Outlying districts like Lamont Elementary that started school early have been facing these questions. Arvin Union School District Superintendent Georgia Rhett declined to give any numbers when individuals in the district tested positive, citing privacy issues. But Wasco Union Elementary School District Superintendent Kelly Richers has shared up-to-date numbers about not only how many students have tested positive in their schools, but how many students were exposed and where most of the exposures happened.

There are some limits on sharing information. It is crucial in all cases that the identity of those who test positive be protected, Meszaros said.

But KHSD said that when a case is identified at its schools, its registered nurses begin contact tracing to identify any students who were less than 6 feet from that individual for more than 15 minutes to be notified by school staff, according to district spokeswoman Erin Briscoe-Clarke. The school will also notify students who were in a classroom with an individual who tests positive.

Districts aren't sharing much with the public or the larger school community, but that information is shared with the county, which in turn shares it with the state. But neither of those agencies share timely, local information about COVID in schools.

Schools work closely with the Kern County Public Health Services Department on their health and safety plans. They are required to report any positive cases within 24 hours. Right now, the department isn't sharing that information publicly.

"Due to patient privacy constraints and our case information policy in accordance with our HIPAA statistician which only allows for reporting of more than 11 individuals, we are currently assessing a method to communicate information about positive cases in schools to our community," said county health department spokeswoman Michelle Corson.

Under previous guidance, it was a little harder to fly under the radar when there would be a cluster of positive cases inside a school, especially during the winter surges when fewer students were on campus. It didn't take many positive COVID cases to send full classrooms, schools or districts back into distance learning. The county health department would share which schools had closed.

The changes have been made in part because of vaccinations and modified quarantine. The California Department of Public Health recommends vaccinations not only to prevent COVID-19 and serious disease but to "avoid interruptions to in-person education." Those who are vaccinated and exposed are allowed to stay in school if they are asymptomatic. Modified quarantines allow even the unvaccinated to stay in school; if an unvaccinated person is exposed to a COVID-positive individual, they can remain in school if they were both masked and that person tests twice a week during quarantine.

“As COVID-19 conditions continue to improve and vaccinations ramp up throughout the state, this map will provide local communities with accessible, up-to-date information on how districts in their communities and beyond are adapting to the pandemic, including safety planning and implementation,” the governor said in a statement at the time.

In February, the state released a map of public schools that had district-level data, but the promised outbreak data from January through June was not released until June 29. An outbreak is defined as "three or more people with COVID-19 within a 14-day period who had identifiable connections to each other at school."

The map does note "reported outbreaks" inside Kern County school districts, including KHSD, Greenfield Union, Richland and Delano Union. It only notes numbers and each district is listed as having one outbreak except for KHSD, which is listed as having three. There is no date, no numbers of how many people were affected or any other information.

Without that data, it is confusing even for the district itself to know what the state might be referring to. KHSD's team that deals with COVID cases checked its own records from last year and didn't find anything.

"Public Health would have to make the call," Briscoe-Clarke said. "We didn’t show anything that would constitute an outbreak."

Irvin, the assistant superintendent at PBVUSD, said the district had some cases involving adults that would constitute an outbreak, but nothing showed up on the state's map.

The state notes that "incomplete reporting and reporting delays" are an issue.

The state tracks the statewide data in aggregate. The California Department of Public Health has tracked 414 outbreaks and 2,353 cases of COVID in elementary and secondary schools. The two highest months recorded were 469 cases and 94 outbreaks in January, and 477 cases and 87 outbreaks in April.

Those who attended the Lamont town hall were frustrated that the rising case rates in their schools hadn't triggered a shutdown or a distance learning option as it would have last year. Guerrero explained to them that this wasn't an option on the table for any school.

It was clear that some who attended the town hall took issue with this summer's release of state health department guidance, whose central principle is ensuring schools offer full in-person instruction and keeping students in school as many days as possible. Parents expressed concern about their students playing unmasked at recess or eating inside classrooms. They expressed a desire to switch back to virtual or a hybrid option, as was the case for most schools in spring. The state bill that made distance learning possible in California expired in June.

Guerrero explained this to parents.

"All those things we did last year are not acceptable or not allowed under current guidelines," he said.

The school's independent learning option, which was one way students could have opted out of in-person learning, now has a waitlist. Parents wondered if a possible exposure would be an allowable reason for their students to stay home. Guerrero said it would be hard to talk about every single possible scenario. But he addressed the larger issue that was rankling the community.

"There's a lot of discussion of 'why we don't close schools?' At this point, the state is not allowing us to do so," he said. "Maybe in the future the rules might change, and we will make that decision if we are allowed down the road."