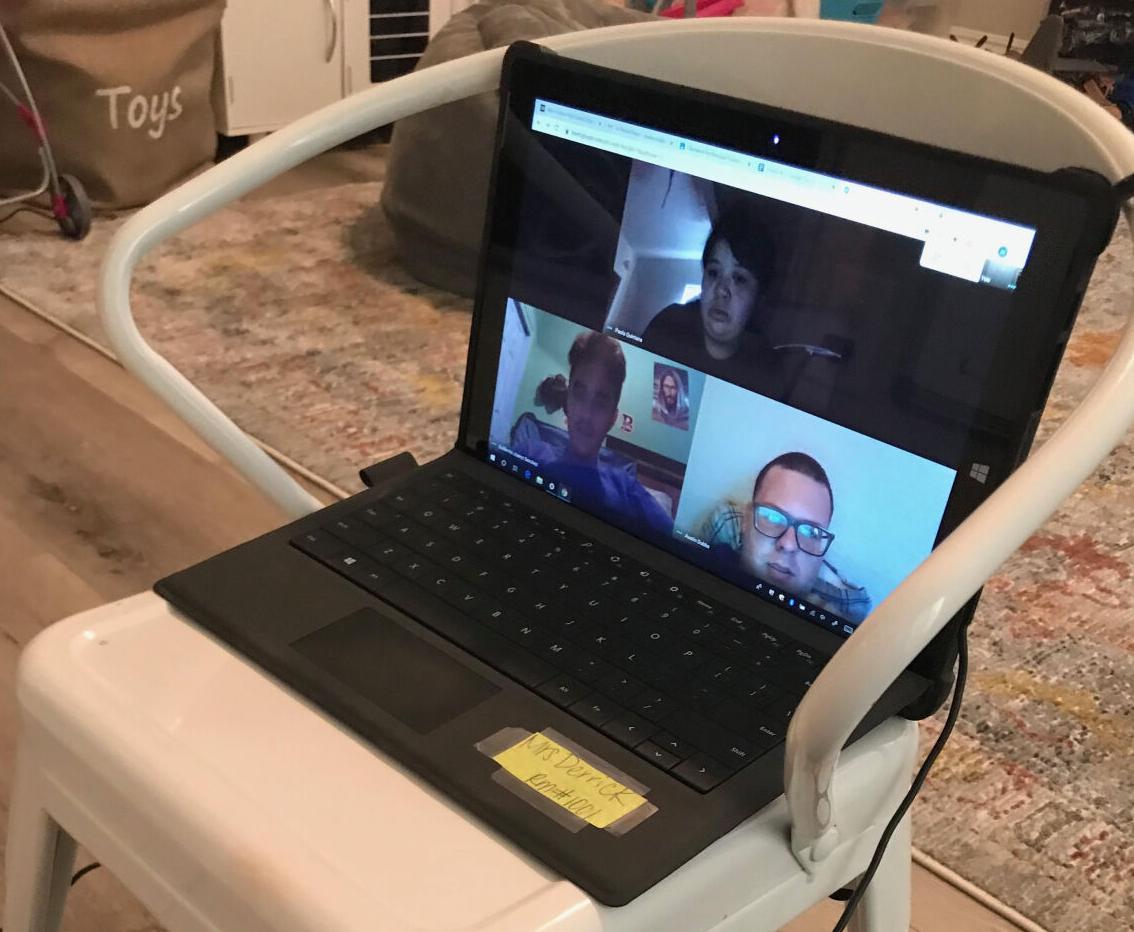 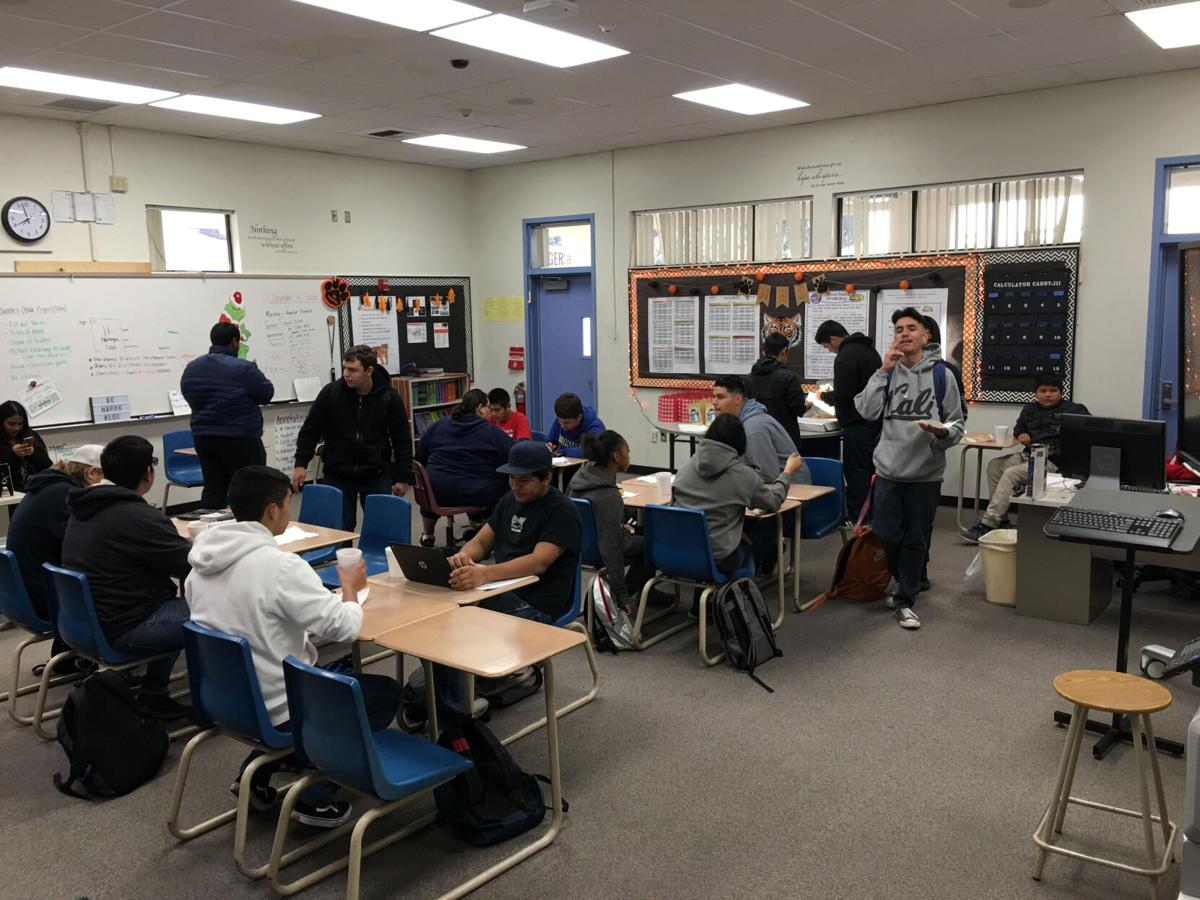 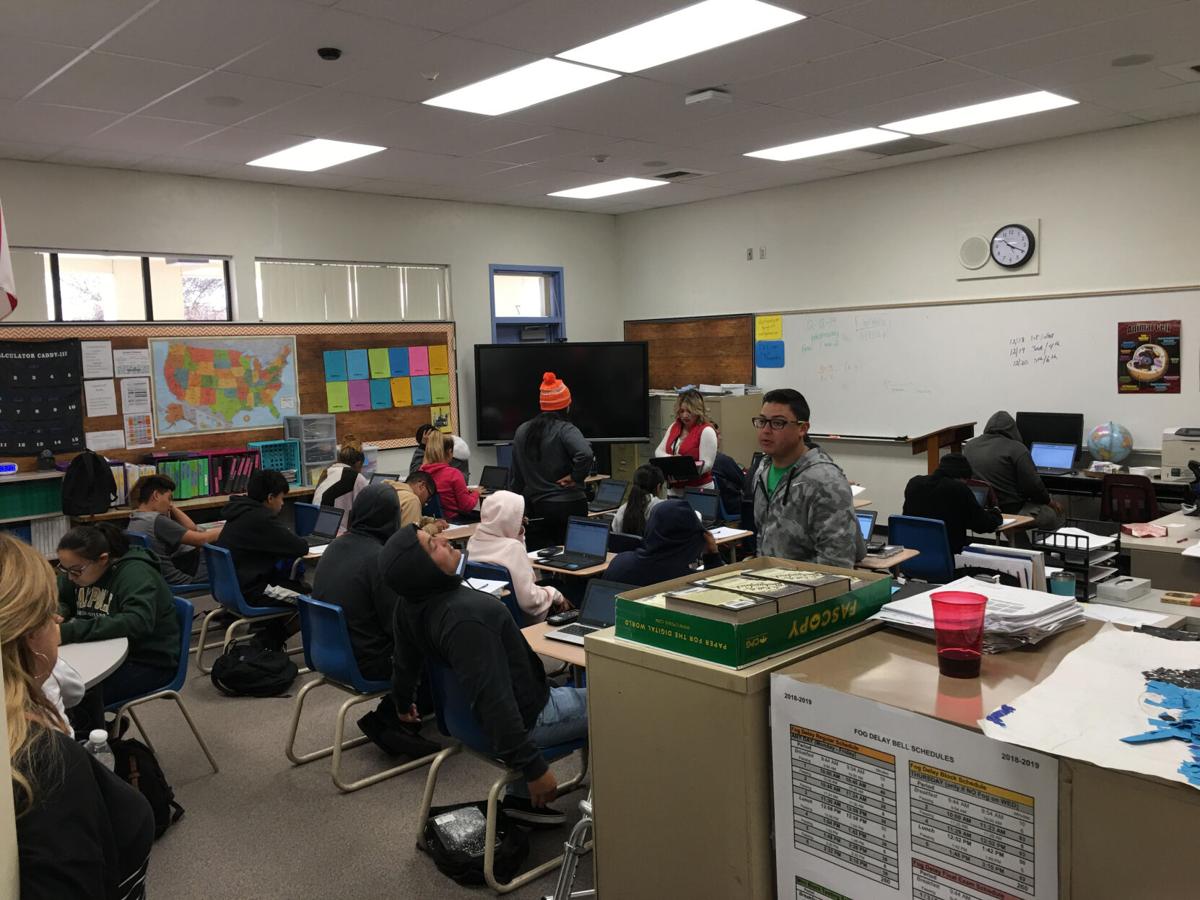 Teachers and instructional aides support students during finals week one year. The classroom is designated so students can use testing accommodations comfortably.

Teachers and instructional aides support students during finals week one year. The classroom is designated so students can use testing accommodations comfortably.

Cecelia Stewart wasn’t totally sure how she and her children would get through the ups and downs of distance learning when school closures were announced in mid-March.

Her son, Jeshaiah Tyler, who will start his senior year at Wasco Union High School this fall, has dealt with short-term memory loss and dyslexia his entire life, making learning difficult. She also has two younger children who have special needs, and Stewart works two jobs.

“Right away for me it was a lot,” she said. When she would come home at night, Stewart would check to see if her children completed their work. Because she wasn’t always home during the day, “it was a battle” to make sure everyone was working, she said.

Families locally have struggled with the switch to distance learning, especially those with special needs children. Students, who are used to in-class instructional aides, had to switch gears and have parents be more hands-on with their learning.

With that said, local districts aimed to make many resources available at home.

Students also have an Individualized Education Program and teacher or instructional aide to help guide them through classwork.

When school closures were first announced, “it was kind of like panic” for many, Uresti explained.

“With some of the students that we serve, they need a lot of support. They need someone to guide them through their classes, reteach a few things, make sure to use their accommodations to make sure they’re successful in the classroom,” he explained. “Whatever packets were provided, we knew some students would be on top of it. There’s another population of students that we knew they weren’t going to do it.”

For many children, Uresti said, if work looks hard, they don’t ask for help and it doesn’t get completed. That’s what the district was hoping to avoid, and so the special education department decided to take on the “Wasco Way”: going above and beyond to support students.

‘We came together for the students’

During a nonpandemic school year, Monica Derrick is a PUSHIN teacher in a few English and math classes, where she helps special needs students in a general education classroom if they’re struggling with work.

She also has two collaborative support classes, similar to a study hall, dedicated to helping juniors and seniors with special needs, and a testing accommodations and core support class.

The routines her students were used to got thrown out the window once school closures began.

Students felt overwhelmed with the coursework and weren’t completely sure how to complete it all, Derrick explained, adding, “they were used to getting one-on-one help.”

What helped was setting a schedule for students — working on math daily at a set time, for example — and holding group and individual video chats. Derrick and her aides also reached out to parents if students weren’t logging in.

“I was very happy to see how we came together for the students and happy to see that students were able to reach out and they were comfortable doing it,” she said.

The various ways special education teachers reached out to families and students made a big difference when navigating distance learning.

Alejandra Ruiz’s son, Adam Rocha, was diagnosed with autism when he was 3 years old. It’s difficult for Adam to keep track of several directions, so he needs to take things “one step at a time” and be reminded to stay focused on his work, Ruiz explained, which his Wasco Union High School instructional aide helps with.

Taking on a teacher role gave Ruiz “a little bit of a panic attack” when school closures were first announced.

The change was also difficult for her son.

“He likes consistency. When that changes, it freaks him out,” she explained. “There were times he wanted to give up.”

It wasn’t until one of Rocha’s instructional aides showed the family how to navigate various learning platforms that things began looking better. Both knew how to log into lessons, which helped Ruiz check in to see if her son was completing work. She noticed his grades improved because he could move at his own pace, helping him better understand material.

“There was a time that he was like, ‘I can’t do this,’ that was all he was saying,” Stewart recalled. “He called me at work, and I was like, ‘You can do this. Take your time, do the best you can do, that’s all you can do.’”

Though there were definitely struggles, both Ruiz and Stewart say they’re grateful for the support they received.

“I don’t think I would have been able to do it on my own,” Stewart said.