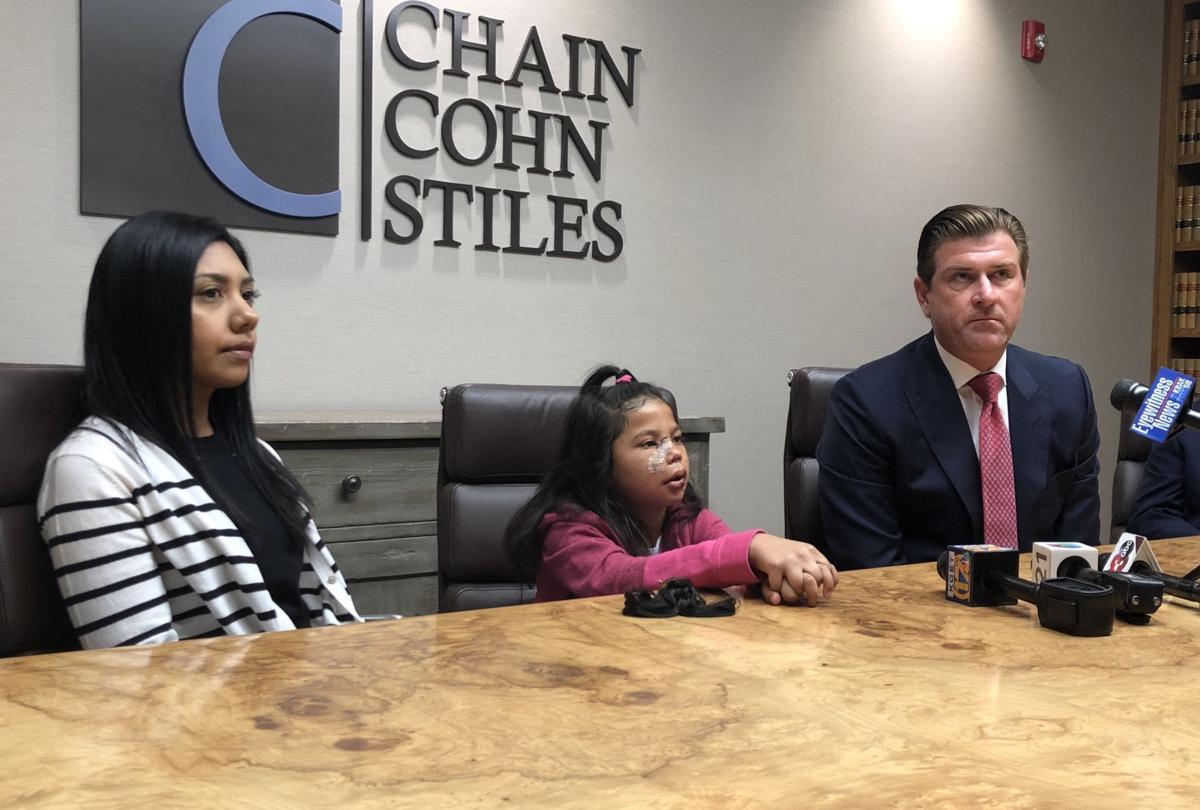 During a press conference in May, Chain Cohn Stiles Attorney Matthew Clark, far right, speaks about how 8-year-old Leilani Rivera was bitten by a dog while in class at Wayside Elementary on May 9. To Leilani's right is her aunt, Andrea Gonzalez. 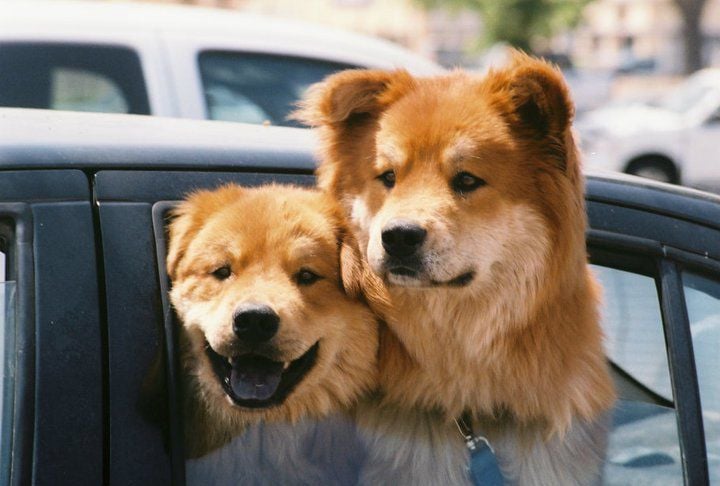 One of these dogs, named Fred and Barney, bit 8-year-old Wayside Elementary student Leilani Rivera in class on May 9, according to Chain Cohn Stiles.

During a press conference in May, Chain Cohn Stiles Attorney Matthew Clark, far right, speaks about how 8-year-old Leilani Rivera was bitten by a dog while in class at Wayside Elementary on May 9. To Leilani's right is her aunt, Andrea Gonzalez.

One of these dogs, named Fred and Barney, bit 8-year-old Wayside Elementary student Leilani Rivera in class on May 9, according to Chain Cohn Stiles.

Ann Ardell has seven entries in the online court system, while Jeff Jones has 13. While each had several arrests involving crimes such as theft, trespassing and obstructing an officer, many of these offenses were dismissed and neither person saw much jail time, according to court records.

Ardell and Jones brought two dogs that appear to be akita or chow mixes to the school on May 9 during a trip to read with second-grade students. After the reading, students were given permission to pet the dogs. One of the students, 8-year-old Leilani Rivera, was seriously injured after being bitten in the face by one of the dogs.

“We’re not talking about traffic tickets here. These are misdemeanors,” said Chain Cohn Stiles attorney Matt Clark. “If you’re a parent, wouldn’t you want to know that people like these are coming into the classroom?”

Clark is representing Rivera in a claim against the Bakersfield City School District and the Kern County Superintendent of Schools regarding the attack.

“Not in a million years could I have imagined that the Superintendent of Schools office or BCSD could have failed in so many ways to ensure the kids in that classroom were protected,” he said.

According to court records, charges against Ardell in all but one of the listed cases were dismissed. These included drug-related offenses, using a mobile home outside of an approved area and working as a contractor without a state license.

Ardell did plead no contest, however, to two counts of petty theft in 1994. She was sentenced to three years’ probation, court records show. She has not served any jail time, according to current records. Records before 1994 were not immediately available.

According to the KCSOS, Ardell was cleared to serve as a volunteer reader as part of its Community Reading Project. Spokesman Rob Meszaros said anyone who wants to volunteer has to be fingerprinted and clear a background check.

They also must be over 18 years old and take a two-hour training session before being partnered with a participating school.

Jones has a more extensive criminal history. He has been convicted in several crimes, including trespassing, obstructing an officer, operating an unregistered vehicle and working as a state contractor without a license, according to court records.

Jones has been sentenced to several years’ worth of probation and a total of 33 days in jail. Most of that — 30 days — was for the obstruction charge, court records show. He was sentenced to a total of three days for trespassing.

How was Jones able to qualify to serve as a volunteer reader? It turns out he wasn’t.

“Only one of the people with the dogs (Ardell) was an approved reader,” Meszaros said.

KCSOS has no record that Jones applied to be a volunteer, Meszaros said. However, while the state's Education Code relating to background checks doesn’t specifically include volunteers, it does suggest that Jones could have been eligible if he had applied.

According to the code, a person can be employed as long as they haven’t been convicted of a serious felony, drug-related or sex-related offenses. While Jones was arrested on suspicion of drug possession, he was never convicted of the charge, records show.

"Our office applies the same standards to volunteers as would be the case for normal classified employees," Meszaros said.

Clark still took issue with the fact both were let in the classroom, for one because they were bringing in two large dogs and the fact they have criminal backgrounds.

“It seems like there were multiple red flags that were raised here,” Clark said. “In my experience litigating cases for over 20 years, people typically get injured when there’s multiple failures in judgment. It’s not just one thing. For Leilani Rivera, that’s exactly what happened.”

Clark faulted BCSD and KCSOS for failing to prevent Ardell and Jones from entering the school with their dogs.

“All these failures led to this girl’s injuries,” he said. “Had someone responsible stepped up and questioned whether the district should be allowing this, that girl wouldn’t have been hurt.”

The Bakersfield City School District has not directly addressed this month’s attack outside of a statement they released last week. However, according to district policy, visitors must provide some form of identification to get in.

Public Information Officer Irma Cervantes said the district does not have an electronic check-in system like that used by the Kern High School District. In 2018, KHSD installed the Raptor system, which conducts a background check on visitors when they come in.

The device essentially works as a card reader in which a visitor inserts a government-issued photo ID, which is then read and cross-referenced with various databases. If cleared, a visitor will receive a printed guest nametag.

Cervantes said the district has been discussing implementing such a system.

“At this point, we don’t have a definitive decision on which direction we will go, but we do know it is something we will be looking to implement,” she said.

The law firm Chain Cohn Stiles has filed a claim on behalf of the family of 8-year-old Leilani Rivera, a Wayside Elementary School second-grad…