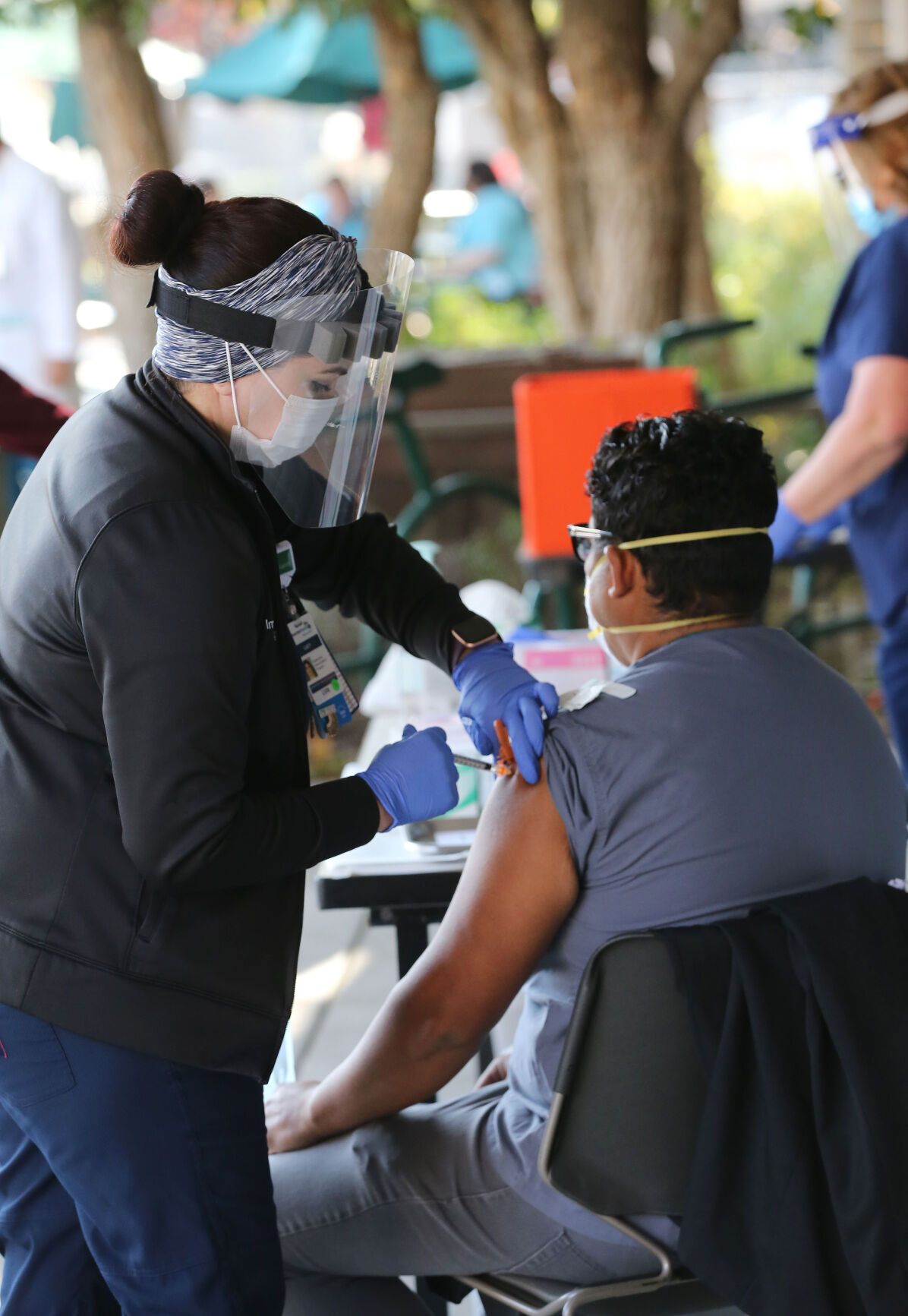 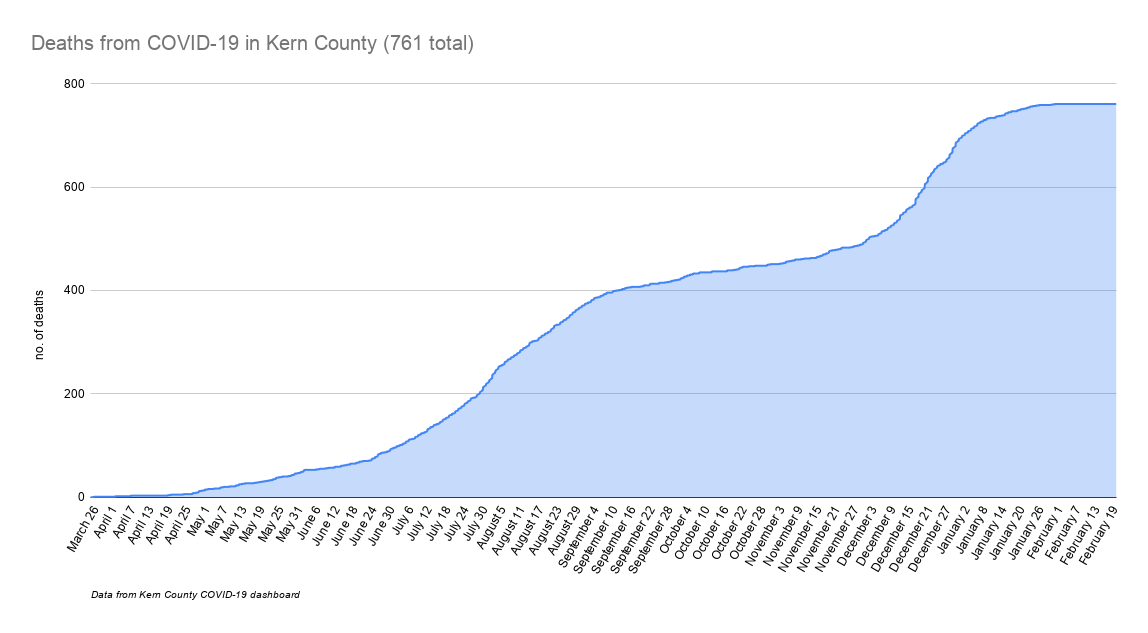 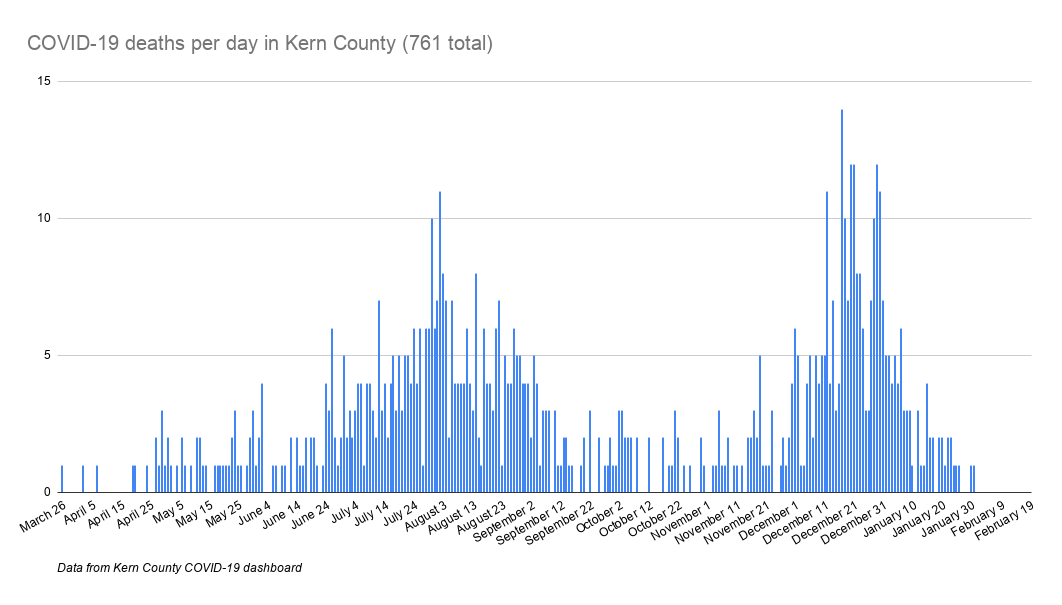 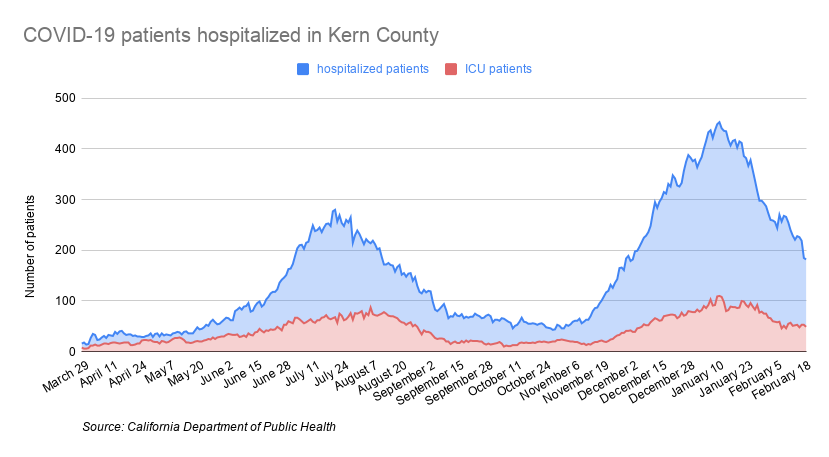 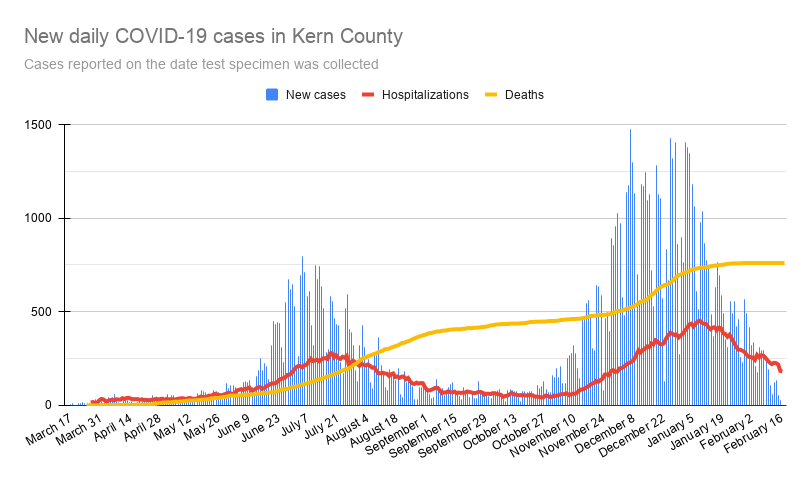 Kern County appears to be past the worst of the COVID-19 virus. The vaccination efforts are picking up steam. New cases and hospitalizations have dropped significantly since the highs seen in December and January. And after a statewide stay-at-home order was lifted last month, a gradual loosening of restrictions is underway.

Many restaurants have reopened indoor dining, even though technically only outdoor dining is allowed. Some elementary schools have reopened and more are expected to do so as cases continue to fall. And on Friday the state announced a new, less stringent standard for when youth sports may resume.

Kern County's new director of public health services Brynn Carrigan said Friday the trends locally are "promising and hopeful" but it's hard to say yet when conditions will improve to a point where more reopenings can happen.

The county remains in the purple tier, which is the most restrictive of the state's system for reopening the economy. But with continued vigilance and increasing supply of the vaccine, change could be on the way.

"Right now is the time to look at where do we want to be this summer and take the effort and actions ... so we can open more things and kids can be involved in more activities," Carrigan said.

WHAT THE NUMBERS SHOW

COVID-19 cases and hospitalizations are down significantly from the peak this winter.

Countywide, hospitalization of patients infected with the virus are half what they were a month ago, said Dr. Glenn Goldis, chief medical officer at Kern Medical. There were just seven COVID-19 patients at Kern Medical on Friday, Goldis said, down from 40 during the recent peak.

"I’m encouraged by the drop in cases and the relief in places in our health are system but at the same time I don’t think we’re out of the woods yet," Goldis said.

He pointed out that the current number of COVID-19 hospitalizations remain higher than they were during the first local peak over the summer.

New cases have plummeted dramatically as well, from an average of more than 1,000 new cases a day over a seven-day period in early January to about 260 new daily cases as of last week.

To progress further through the reopening tiers, the county's positivity rate must be at least 8 percent. Kern's countywide test positivity rate is pretty close, at 10 percent as of last week.

On the vaccination front, numbers are steadily climbing.

The latest state data shows close to 100,000 people in Kern have now been vaccinated.

Still, concerns remain, particularly about virus variants and if they could prove resistant to the current and forthcoming vaccines. If that happens, COVID-19 could continue circulating among the population. Regular updates to the vaccine would also be needed to stay on top of new variants. However, it's largely unknown yet if that will be an issue going forward.

For now, many experts predict that life will remain relatively the same throughout the spring, until a significant percentage of the population is vaccinated, which could possibly occur by the end of summer.

That means that masking and social distancing will likely continue for the foreseeable future, said Goldis of Kern Medical.

"We’ll likely have to exercise precautions for some time," he said.

The CDC continues to recommend masking even for those who are fully vaccinated because it's unknown if people who receive the vaccine can still spread the virus to others.