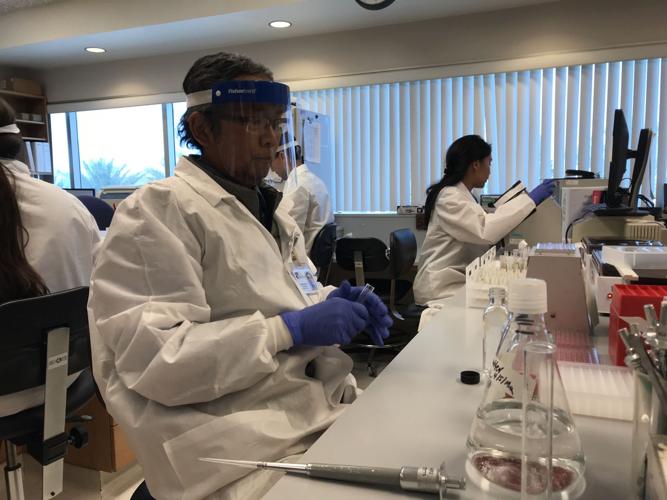 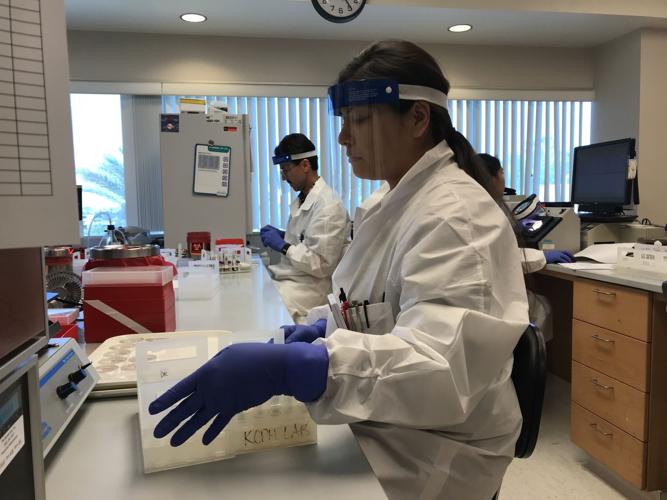 Valley fever, an insidious respiratory disease endemic to the region, killed nine people and infected 2,929 in Kern County in 2017, making it the second worst year for the disease since the county began recording cases in 1992, local public health officials announced Monday.

Public Health officials said they could not release the ages or areas of residence for those who died, citing patient privacy laws.

The announcement of preliminary numbers marks the third straight year that cases have increased in Kern and statewide. Infections in Kern County generally make up about 30 percent of the state’s total cases. Kern County Public Health Services Department officials recorded 2,310 confirmed cases and six deaths in 2016, and 1,174 cases and nine deaths in 2015.

“In Kern County, anyone who develops symptoms such as cough, fever, or difficulty breathing, lasting two weeks or more, should ask their health care provider about Valley fever,” Constantine said in a statement. “Valley fever is endemic to Kern County so we all need to be aware of the symptoms and ways to reduce our exposure.”

Valley fever, or Coccidioidomycosis (Cocci for short), is caused when airborne Coccidioidal fungal spores are inhaled. Most don’t get sick. But for immunocompromised people, the risk of developing symptoms is heightened. The respiratory disease causes flu-like symptoms, extreme fatigue, chills and night sweats. If left untreated, the spores can spread throughout the bloodstream and create complications that can lead to a lifetime of health problems, and in rare cases, death.

Valley fever is known as an “orphan disease” because it has no vaccine and no medications have been developed specifically to fight it. It remains widely misunderstood and underestimated, even by those living in endemic regions.

Local Public Health officials could not point to a specific reason for the steady increase, but suggested that it could be a variety of reasons, including environmental factors, weather patterns and disturbance of the soil through construction.

The Kern County Public Health Department launched a robust public awareness campaign starting in 2016. They lit up digital billboards across the county, and last year enlisted Kern County Sheriff Donny Youngblood to take part in a series of Public Service Announcements that have been airing on television, during movie previews at the cinema, in news print and on social media.

That coordinated push could have driven more people to head to doctor’s offices and ask for tests, Public Health officials said.

“We do think a big piece of it is people’s awareness,” Hernandez said. “A lot of it is recognizing you are ill, going to the doctor and having medical providers know those symptoms and have them treated if necessary.”

The highest incidence of cases were reported out of western Kern County, which includes rural communities like Lost Hills, McKittrick, Buttonwillow, Taft and Maricopa. Roughly 1,074 out of every 100,000 people living in those communities were infected with the disease last year, data show. Just two years ago, that incidence rate was less than 123 per 100,000.

That western part of the county has always been disproportionately impacted by Valley fever, Constantine said.

To be sure, “anywhere in the county that you go, there is a risk,” Hernandez said. “The spores can travel for miles.”

Rob Purdie, a Valley fever survivor and vice president of the Bakersfield-based Valley Fever Americas Foundation, said he’s not surprised by the increase in cases. It’s proof, he said, of the necessity of a bipartisan legislative package introduced this year to bring more research funding to the disease and mandates requiring doctors be trained in the disease.

“There’s nine families that have lost loved ones to this disease and its heartbreaking and disgusting that this is still happening,” Purdie said. “All we can do is keep moving forward in their honor, and for those who have not yet been impacted by this disease.”

Even as the state experiences more Valley fever cases than in decades, prompting warnings last year from State Health Officer Karen Smith, California allocates no money whatsoever to public awareness efforts — the one thing experts consistently say is needed to help curb misdiagnosis, which is common.

When people are aware of Valley fever, they are more likely to get diagnosed early, accurately and have better outcomes, at least one University of Arizona study has shown.

The orphan disease has historically received little attention, and the history of getting legislation passed and funding secured has been largely unsuccessful. A bill authored last year by Assemblyman Rudy Salas, D-Bakersfield, that would have addressed inconsistencies in reporting, funneled millions of dollars to the disease and created a mandatory state awareness program was vetoed by Gov. Jerry Brown for lack of funding.

Salas introduced legislation again this year that would have required doctors to take part in continuing education on Valley fever before 2020, but was softened last week. It now would require clinics and hospitals to develop, adopt and implement policies and procedures for preventing, diagnosing and treating Cocci.

Valley fever, an insidious respiratory disease endemic to Kern County, is commonly misdiagnosed and mistaken for the flu or pneumonia. Protect yourself by knowing the most common symptoms:

Public Health officials recommend people stay indoors and use recirculating air conditioning in their vehicles when there is a dust storm or during windy, dusty days. People working or recreating in a dirt area should wet the ground before activities and wear a N95 mask or respirator to prevent infection.

If you think you have valley fever, insist your doctor test you.

When it comes to valley fever testing, the Kern County Public Health Services Department laboratory is a powerhouse.

The small third-floor laboratory processes between 90 to 100 valley fever tests every single day, and in many cases, they're from outside of Kern County.

On Monday, Public Health microbiologists were running immunodiffusion and complement fixation tests to determine first whether patients had valley fever, and then how severe the case is based on titer levels, which indicates how hard an immune system is fighting against the disease.

The lab has received such a reputation for turning around tests quickly — in most cases, 24 hours — that doctors from Monterey, San Luis Obispo and other out-of-the-way counties send their samples to Kern County's lab to be tested on a routine basis. Most commercial labs take between one to two weeks for the same test, Kern County Public Health Epidemiology Manager Kim Hernandez said.

In the most dire cases, when patients are suspected of suffering from rare forms of cocci meningitis, tests can be turned around in three hours, Hernandez said.

The only other lab in the state that comes close to matching Kern Public Health's lab, experts have said, is one at UC Davis, another leading valley fever research institution.

'No one has done well.': One year after federal health officials launch first-of-its-kind valley fever drug trial, few have enrolled