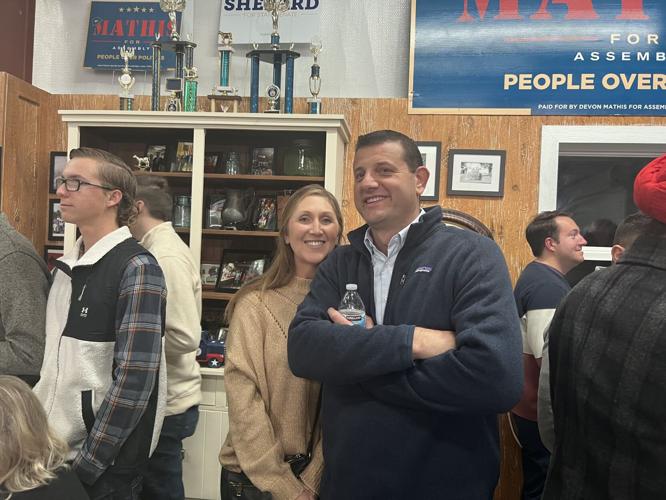 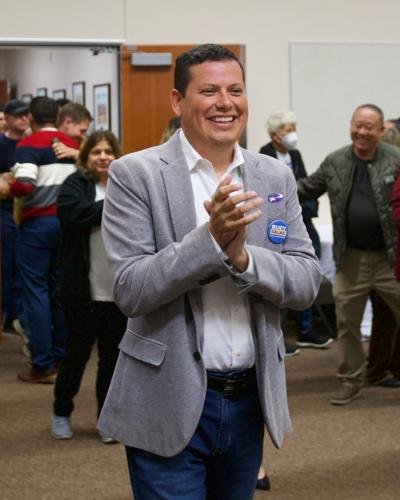 Assemblyman Rudy Salas, D-Bakersfield, smiles as he enters a watch party to applause at IBEW headquarters after polling locations closed for the evening. 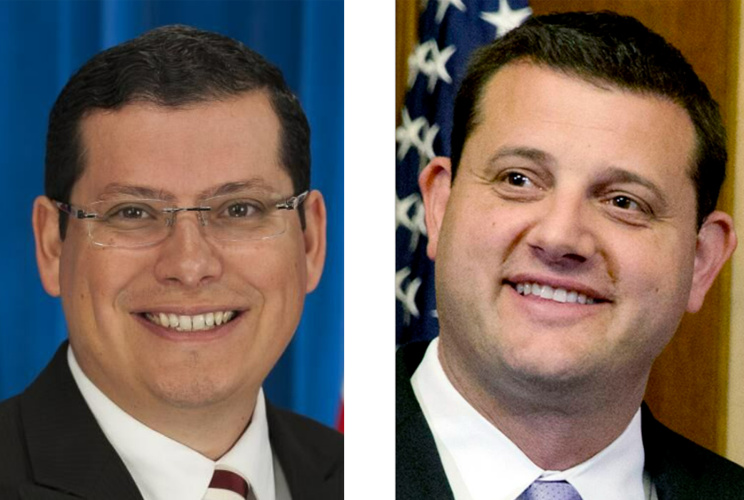 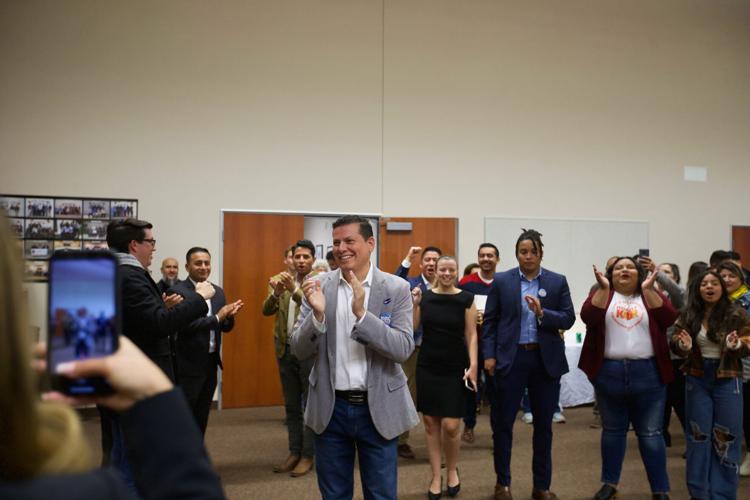 Assemblyman Rudy Salas, D-Bakersfield, enters a watch party to cheers at IBEW headquarters. A group gathered to support the Democratic candidate as results began to trickle in on Tuesday night.

Assemblyman Rudy Salas, D-Bakersfield, smiles as he enters a watch party to applause at IBEW headquarters after polling locations closed for the evening.

Assemblyman Rudy Salas, D-Bakersfield, enters a watch party to cheers at IBEW headquarters. A group gathered to support the Democratic candidate as results began to trickle in on Tuesday night.

In a contest seen as one of the tightest and most important in the nationwide battle for control of the U.S. House of Representatives, the Hanford Republican was ahead of the Bakersfield Democrat, 50.6 percent to 49.4 percent, with 60.9 percent of districts reporting.

"We always knew this race was going to be tight," Valadao said by text message at 9:13 p.m. "I'm optimistic about our start but we still have a long way to go."

The race was as notable for the money it attracted from across the country as it was for the negative campaign ads that proliferated on television and the internet. It was, in that sense, a repeat from two years prior, when Valadao narrowly defeated former Rep. T.J. Cox, the Democratic incumbent, in the race for what was then the 21st Congressional District.

Redistricting gave the district more of a Democratic advantage, with 43.4 percent of voter registrations to 26 percent Republican and 22.7 percent stating no party preference.

In the June primary, which featured three Republicans and a single Democrat, Salas beat the four-term congressman by almost 20 percentage points with 45.2 percent of the vote.

One question that arose during the campaign was whether Republicans in the district who remain loyal to Donald Trump would forgive Valadao for voting to impeach the former president after the Jan. 6, 2021, U.S. Capitol riot.

A dairyman who has focused much of his efforts in Congress to help the Central Valley's farming industry, Valadao has pointed to his work on a 2016 bipartisan infrastructure bill that supports water infrastructure development in the West. Other successes he noted include a law designed to bring more physicians to the valley, improvements to Naval Air Station Lemoore and expansion of a Kern County food bank.Salas is the son of a farmworker who has served 10 years in the Assembly after becoming the first Hispanic to serve on the Bakersfield City Council. He has pointed to his record of bringing taxpayer money to his district.

Salas highlighted his efforts to steer $50 million from the state to the Kern Community College District for creation of its new California Renewable Energy Laboratory, plus $10 million for Adventist Health’s AIS Cancer Center in downtown Bakersfield, $8 million for the Farmworkers Institute of Education & Leadership Development facility in Bakersfield, and $6 million each for nursing education at Bakersfield College and Cal State Bakersfield.

In the big race for California's 22nd Congressional District seat, surely there's a lesson to be learned from the results of the June primary.…