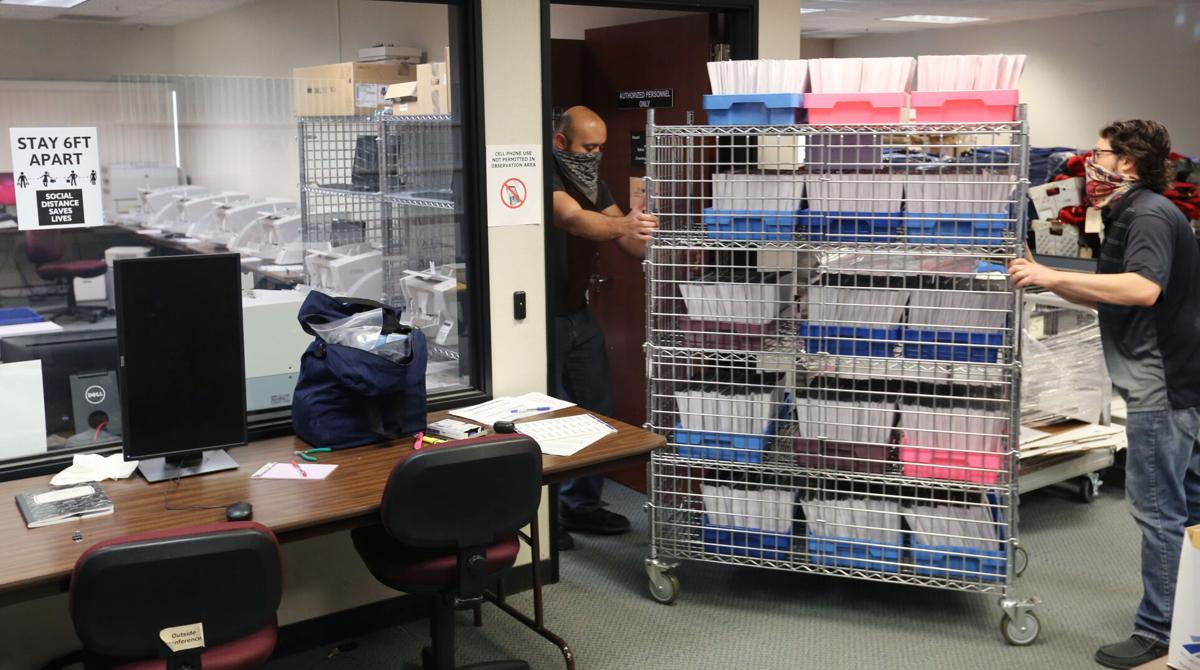 County elections employees move mail-in ballots into a counting machine room Friday afternoon. An estimated 178,000 ballots had yet to be counted on Friday. 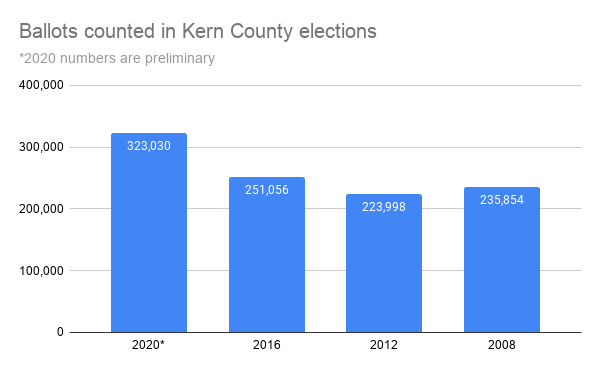 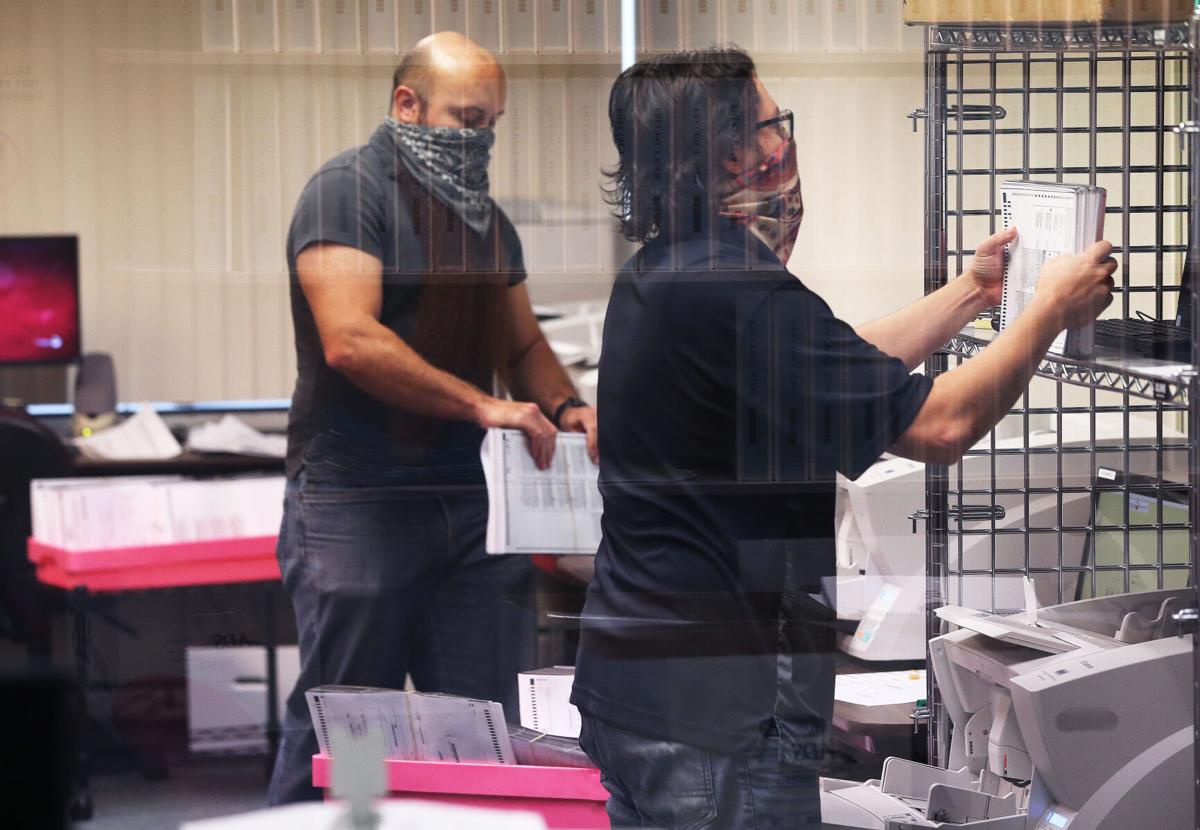 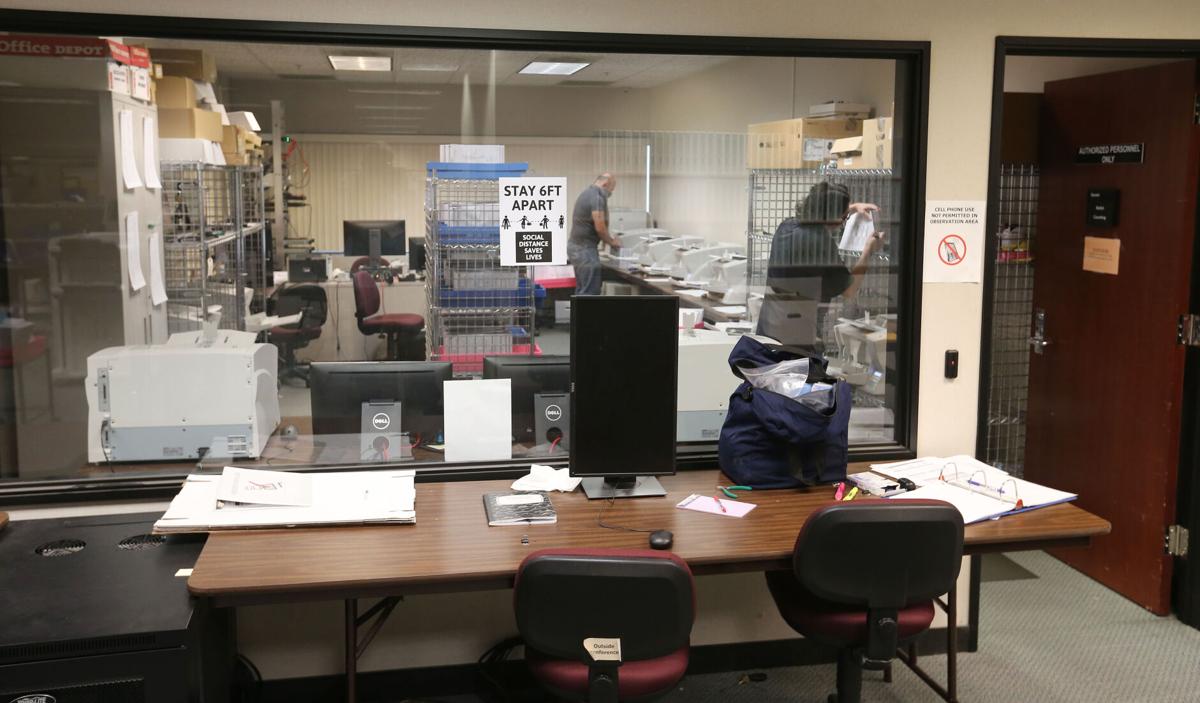 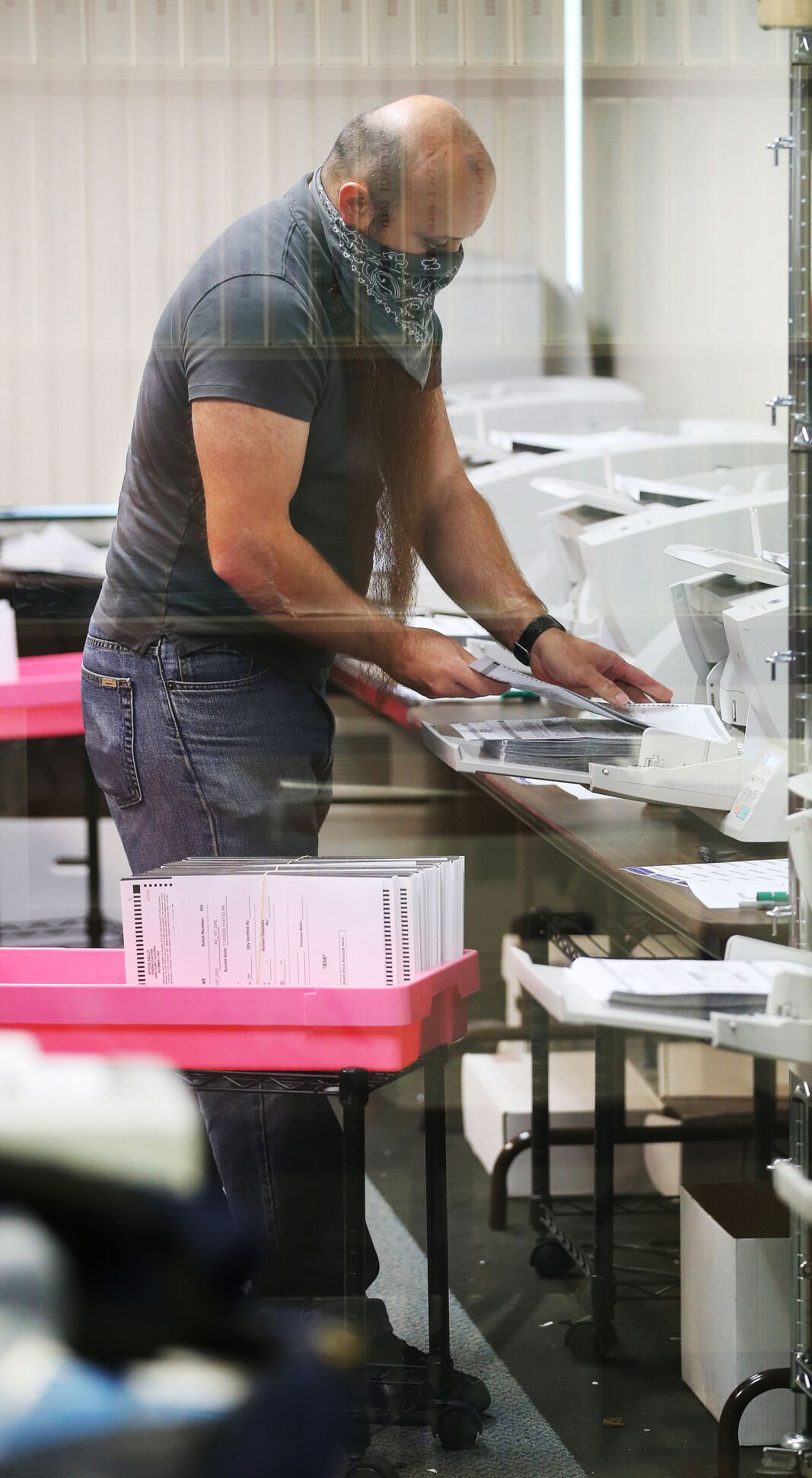 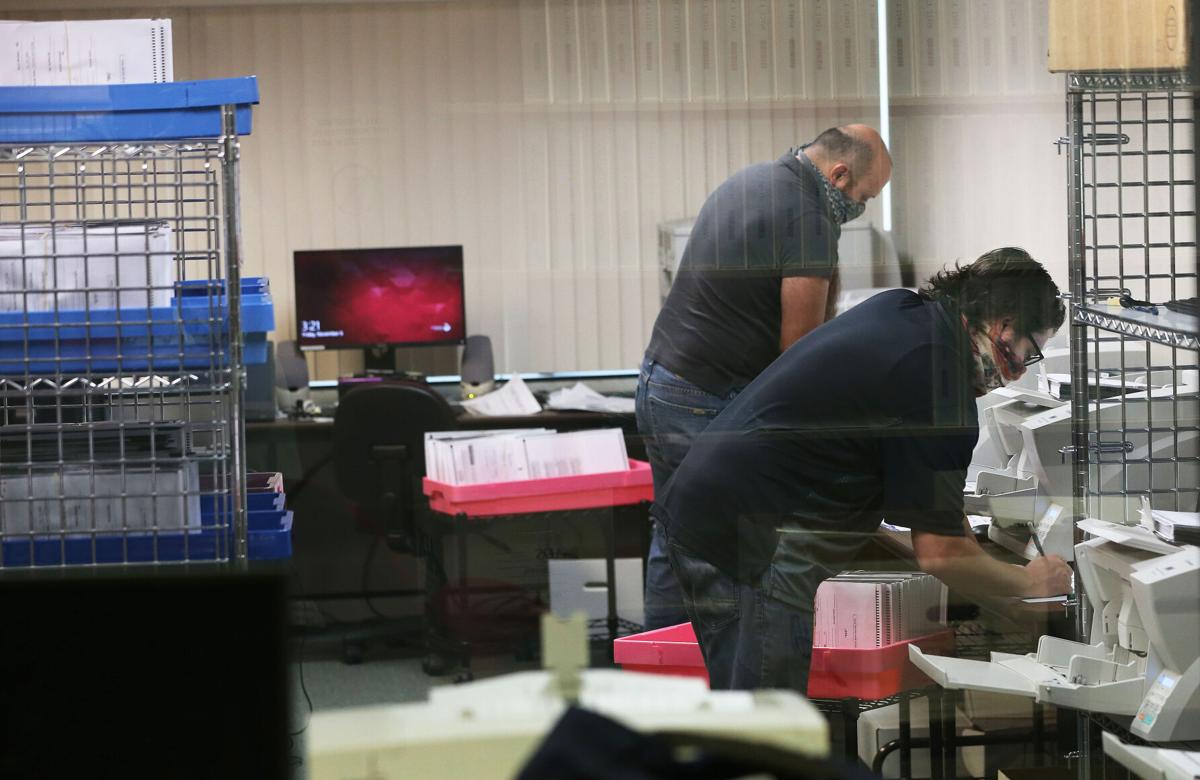 County elections employees move mail-in ballots into a counting machine room Friday afternoon. An estimated 178,000 ballots had yet to be counted on Friday.

Kern County residents voted in droves in this week's election,but so many of the ballots cast were uncounted heading into the weekend that the outcome of many local races remained uncertain.

About 178,000 ballots had yet to be tallied as of Friday, according to Kern County's Registrar of Voters Mary Bedard. With an estimated record of 320,000 ballots cast in Kern, according to Bedard, that's roughly 55 percent of the vote that remains uncounted.

As a result, many races are still a toss-up at this point, according to Ivy Cargile, a CSUB assistant professor of political science.

“Generally speaking, for any race that’s very close, a 1 to 6 percent difference, I think it can make a difference,” Cargile said of the yet-to-be-counted votes. “I don’t think the propositions will change but I think who gets elected will change.”

The outstanding number includes approximately 140,000 mail-in ballots received since last Friday and about 40,000 provisional ballots cast at the polls Tuesday night, according to a report on the California Secretary of State's website. (Voters who did not bring their mail-in ballots to the polls had to cast a provisional ballot, which requires extra verification before the vote is counted.)

The numbers do make clear, however, that more locals than ever voted in Tuesday’s election and Kern County is on pace to reach greater than 75 percent turnout, a level not seen since the 2008 presidential election.

In raw numbers, the 320,000 ballots cast in the election is a 30 percent increase over the number of ballots counted in the 2016 election, which was the highest in recent years at 251,056.

Voter participation as a percentage of ballots cast out of total registered voters is on track to exceed 75 percent. Turnout in the 2012 and 2016 elections was 67 percent but it was 75.8 percent in 2008.

In Kern County, one of the races being closely watched for changes as results are updated is the 21st Congressional District race between incumbent T.J. Cox, a Democrat, and Republican David Valadao, who previously held the seat.

Valadao’s lead will diminish and Cox will ultimately win the seat, an outcome that would be a repeat of what happened in 2018, Martinez predicted.

Many school board and city council seats in smaller communities, where the difference between candidates is a few dozen votes, will also likely be vulnerable to swings, Cargile said.

And observers are closely watching whether Kern County will vote for Joe Biden over Donald Trump.

The presidential candidates were separated by less than 2 percentage points after election night.

Republican strategist Cathy Abernathy said earlier this week she believes Trump will come out on top when all the votes are tallied.

But Cargile and Martinez both suspect Biden could win in Kern, which would be an astonishing result.

“If we have traditional trends of how these things go, then I think we could have Kern County literally supporting Biden at the end of the election,” Martinez said.

Cargile said grassroots groups did a lot of political organizing on behalf of Biden in Kern and made strong efforts to reach out to people in person and encourage them to vote. The research shows, she said, those in-person contacts make a difference.

Martinez was critical of the county elections staff for withholding results from the public for such an extended period of time. Results were last updated at 2 a.m. Wednesday and the county said another update wasn’t due until Monday.

“Without any updates, that’s when people start raising questions. ‘What are you hiding?’” Martinez said. “You don’t have to give updates every two hours but at the least daily updates.”

“You need a hefty team” to process 178,000 ballots, Cargile said, and local elections staff may be short on resources.

“But this is important, this is our democracy,” she said.

Abernathy was also incredulous at the delay in reporting out election results. She recalls getting more updated information decades ago than today.

In one of the more bizarre bits of news, Kern County Elections officials released a statement Friday saying it is investigation how a vote-by-mail dropbox containing 423 ballots was inadvertently left overnight at a poll site at Bakersfield College. The collection box was locked and it was left in a room that was locked overnight before it was retrieved the next morning, according to acting elections chief Laura Cantu.

“We are confident at this time that the chain of custody of the ballots was maintained throughout this incident and that no tampering with ballots, envelopes, or the box occurred,” Cantu said in the statement.