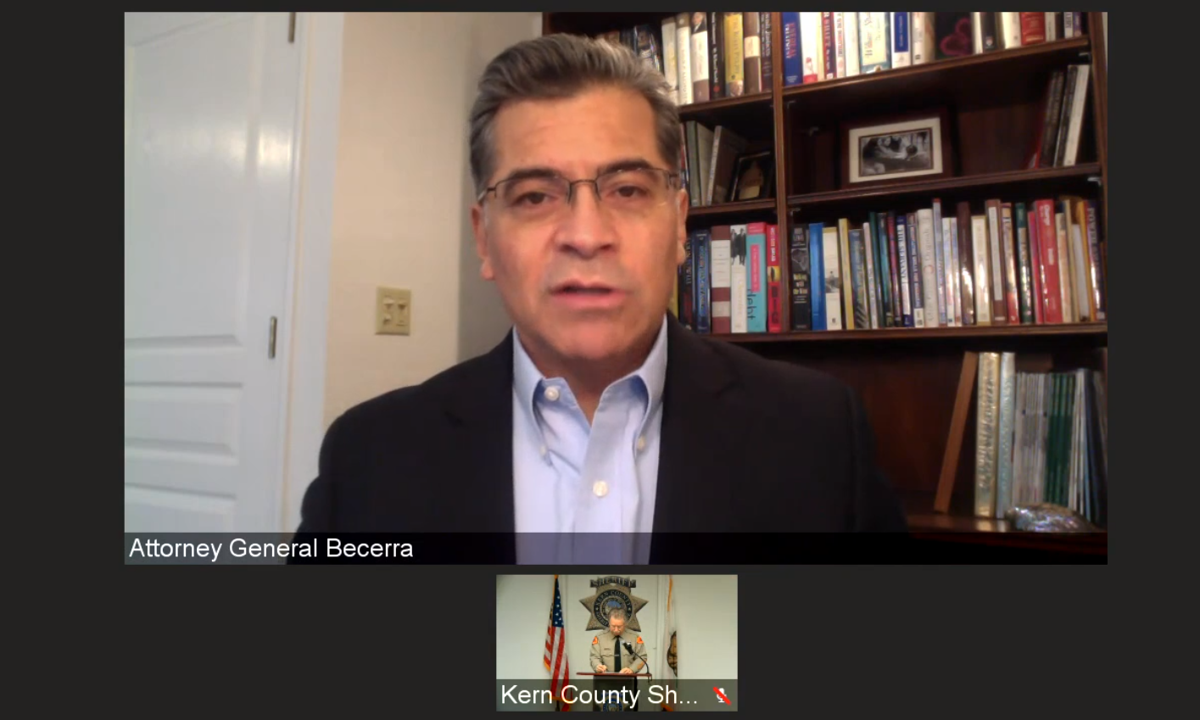 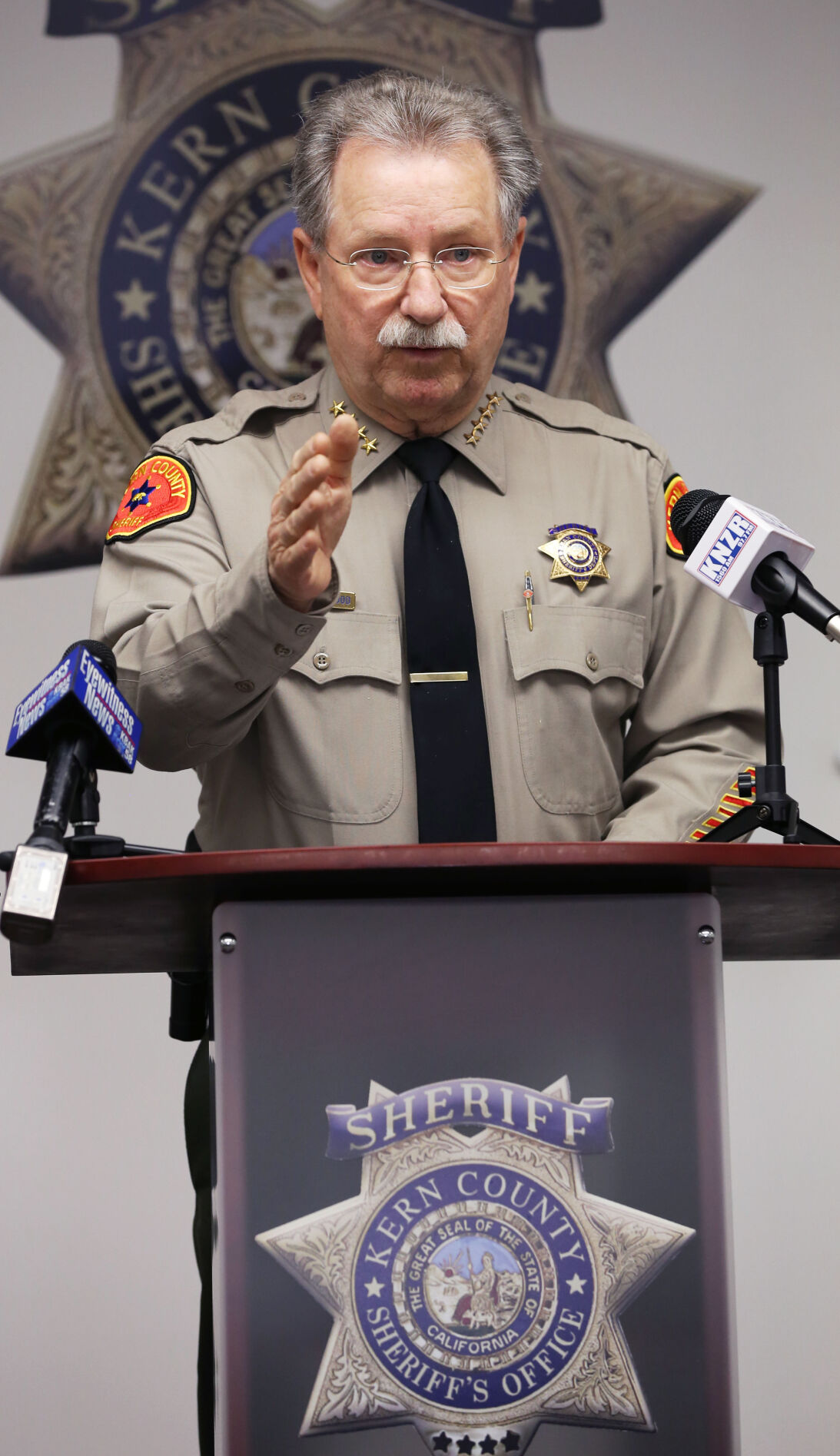 After a four-year investigation, the California Department of Justice has entered into a “major settlement” with the Kern County Sheriff’s Office, forcing changes to the department’s practices.

Prompted by citizen complaints and media reports of excessive use of force by KCSO deputies, the settlement attempts to correct the issues identified by Justice Department officials while avoiding a potentially costly and protracted legal battle.

Settlement between Kern County Sheriff's Office and Department of Justice

In a complaint filed in Kern County Superior Court on Tuesday, the DOJ said the Sheriff’s Office engaged in a pattern of conduct that deprived citizens of their constitutional rights and violated the law in numerous categories. However, as part of the settlement, KCSO and the county of Kern were allowed to officially deny the allegations.

During a joint press conference Tuesday, Sheriff Donny Youngblood adamantly opposed the notion his department was guilty of the grievances included in the Justice Department’s complaint.

“I do not believe that the men and women in this organization have ever violated constitutional rights, have ever used excessive force that we didn’t deal with punitively when we found (it),” he said. “That just doesn’t happen in our organization.”

Attorney General Xavier Becerra positioned the settlement as a productive step in the right direction, which allows the Justice Department to enact reforms with the cooperation of KCSO.

The DOJ also alleged the Sheriff’s Office violated the law in the use of deadly force against individuals with mental health disabilities, as well as failing to maintain a program to investigate civilian complaints. Failing to provide equal employment opportunities for employees and applicants, and a lack of a community policing program were also listed as law violations in the complaint.

By settling, KCSO has consented to enact more than a dozen reforms over a five-year period, which will be overseen by an independent monitor that both parties will select within 15 days of the agreement going into effect.

Per the terms of the agreement, the county will bear the cost of the monitor.

“We realized that going forward we had two choices: We could go to court and let a jury and a judge decide whether we did anything right, wrong or indifferent. Or we could go to the table with the Department of Justice and make our organization better than what it was before,” Youngblood said. “So what we chose to do was to partner with the Department of Justice to make us the best agency that we could be. And I think that’s where we wound up.”

Failure to comply with the terms of the agreement would mean the Justice Department would bring the matter before a Kern County judge, potentially forcing reforms through a court order.

Kern County Supervisor Leticia Perez, who serves as chairwoman of the board, spoke positively of the settlement and the “tone of civility” around the issue.

“Because, as you know, hearts and minds are the most important part of change and progress as our communities continue to change,” she said. “This is a good example for other agencies around the state and other leaders that are struggling to talk about public safety, struggling to build relationships with law enforcement partners.”

According to Youngblood, the Sheriff’s Office has been working on reforms since the DOJ’s investigation began in 2016. He claimed the department was already 70 percent done with changes required by the agreement.

For Becerra, who has been selected by President-elect Joe Biden to serve as the secretary of Health and Human Services, the settlement could be one of his last acts as California's attorney general.

“I believe that this settlement will help assure continued improvements in law enforcement practices in Kern County and its jails,” he said. “Now it’s time to get the work done and underway.”

The DOJ also launched a similar investigation into the Bakersfield Police Department. On Tuesday, Becerra said that investigation was still ongoing, and would not comment further.

The California Department of Justice announced a settlement aimed at reforming a wide range of practices at the Kern County Sheriff's Office. Here is a list of the measures that will be implemented over a five-year period, according to a news release from the DOJ:

• Review and revise use-of-force policies and principles to, among other things, prohibiting the use of maneuvers that create a substantial risk of positional asphyxia while emphasizing that use of force is not a routine part of policing. Also, make it an affirmative duty for deputies to intervene, when in a position to do so, against unnecessary or excessive force by another deputy.

• Modify canine-related policies and training. Ensure canines are deployed in a manner consistent with “find and bark” rather than “find and bite” approaches. Limit off-leash canine deployments only to instances in which a suspect is wanted for a serious felony or is reasonably suspected to be armed based on individualized information.

• Strengthen use-of-force reporting. Develop a policy and process to inform the public about all officer-involved shootings, deaths in custody or other significant matters.

• Require supervisory investigations for all reportable uses of force. This includes requiring supervisors to respond to the scene and document findings in a “Supervisor’s Report on Use of Force.”

• Improve use-of-force training. Work with an independent monitor to incorporate training on, among other things, de-escalation techniques, principles of procedural justice and how bias can impact threat assessments.

• Require deputies be able to articulate a valid reason under law to conduct a consent search, securing supervisory approval before conducting any such searches of a home.

• Provide all dispatchers and their supervisors with crisis intervention training, as well as establishing a preference for deputies who are specifically trained in dealing with individuals in mental health crisis or suffering from a mental health disability to respond to such calls for assistance.

• Ensure timely and meaningful access to police services to all members of the Kern County community. This includes incarcerated individuals, regardless of their ability to speak, read, write or understand English.

• Develop a written recruitment plan, including clear goals, objectives and action steps for attracting and retaining a quality workforce that reflects the diversity of Kern County.

• Broaden efforts to actively participate in community engagement efforts. This includes participating in local community meetings and working with the community on the development of diversion programs.

• Conduct a biennial community survey, seeking, in part, to measure public satisfaction with policing, attitudes among personnel in the Sheriff's Office, and the quality of deputy-citizen encounters.

• Establish a clear definition of what constitutes a civilian complaint. This includes non-traditional sources of complaints such as online video posts by community members depicting apparent deputy misconduct.