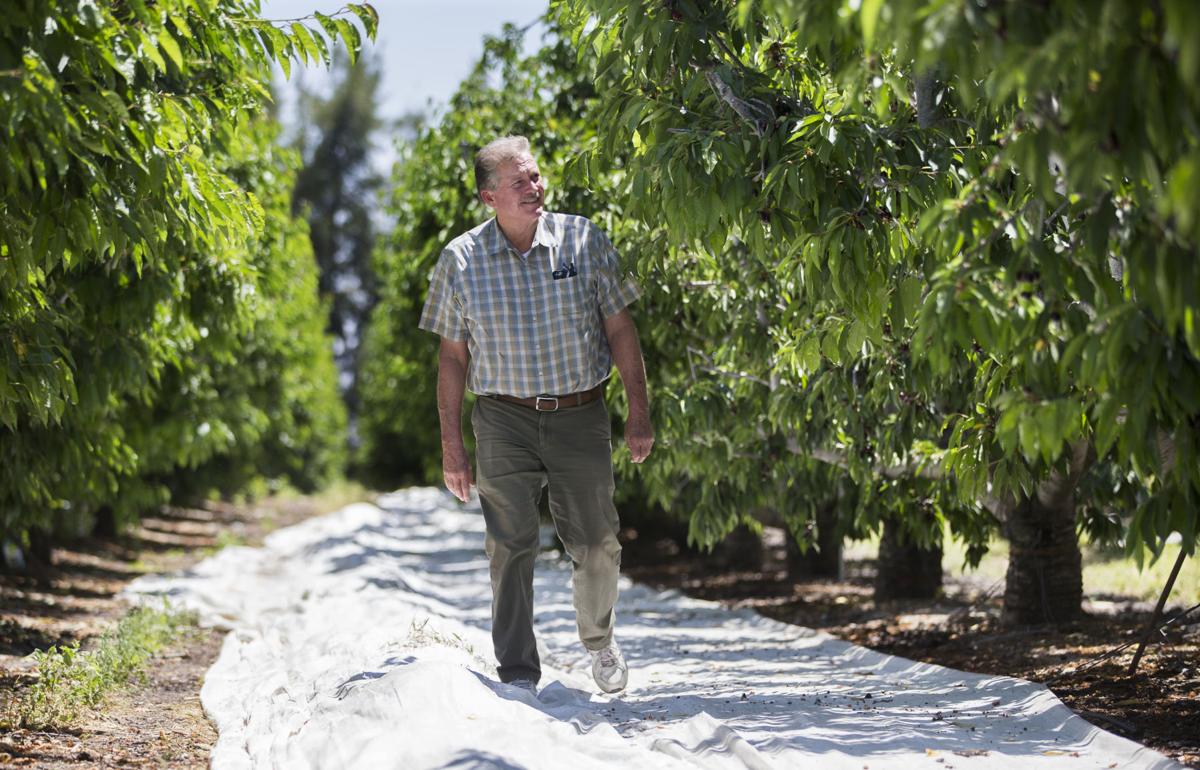 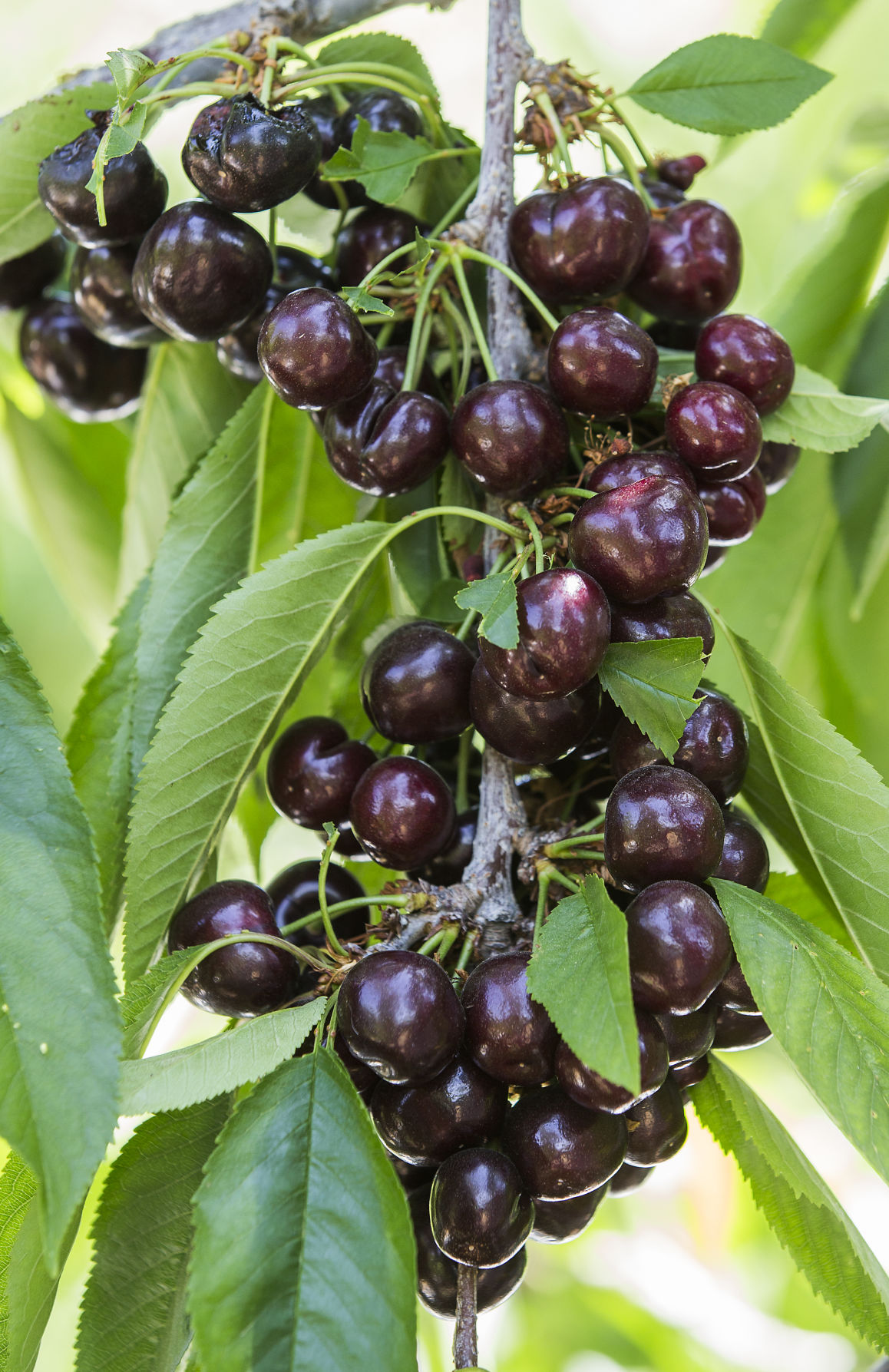 A variety of cherries grown at Murray Family Farms, known as GG1, pictured in this 2018 file photo, has become very popular at farmers markets throughout the state. 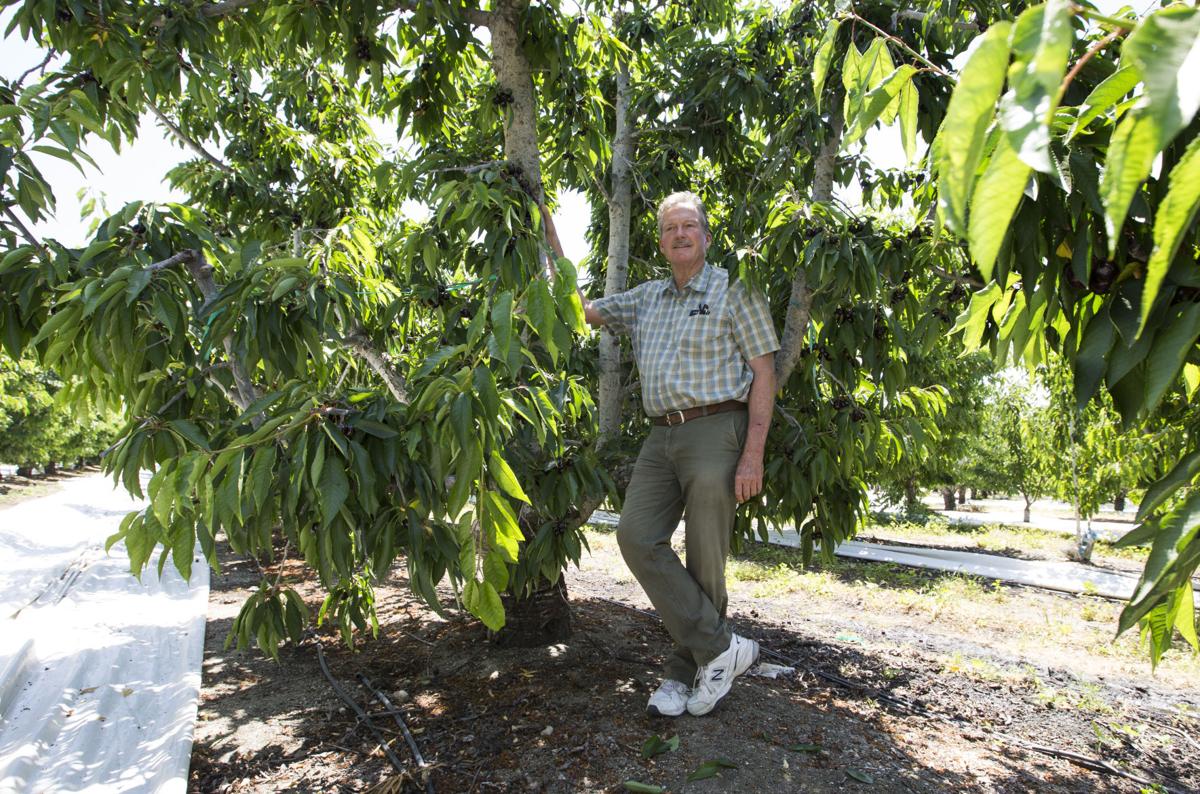 A variety of cherries grown at Murray Family Farms, known as GG1, pictured in this 2018 file photo, has become very popular at farmers markets throughout the state.

Farmer Steve Murray is learning just how fortunate he is to have orchards in the Edison-Lamont area rather than somewhere else in the southern Central Valley.

Thanks to his property's relatively high elevation, Murray's cherry trees weathered the unusually warm winter and the hard freeze that hit in late February.

Other growers weren't as lucky.

"We saw many orchards that did not see a (single) cherry," said the owner of Murray Family Farms. "It was a crazy year."

More like disastrous. Local cherry growers, as well as blueberry farmers and possibly others in Kern County agriculture, face huge losses because of unfavorable weather conditions that denied fruit trees the "chill hours" they require.

Chill hours are a hibernation state that trees require to achieve maximum yield.

Officials at the county Department of Agriculture so far have not filed this year for a disaster declaration that might lead to financial help for local growers affected by the difficult weather. But Deputy Director Cerise Montanio said such a move might not be far off.

The agency is still adding up last year's harvests, she said, and hasn't yet turned its attention to the continuing cherry harvest. But she predicted the county will apply for a disaster declaration if an upcoming assessment shows at least 30 percent of the crop has been lost.

"I'm not surprised to hear that cherries (are) having a problem. The lack of chill hours is a real problem that they deal with every year." Montanio said.

Some growers estimate this year's cherry crop is down as much as 75 percent from normal levels.

That happens to be great for those with fruit to sell, because the lower supply has kept prices high at a time of year when they normally decline.

February's hard freeze ruined virtually everything growing on Buck Klein's 160 acres of blueberries in the Famoso area east of McFarland. There's some fruit there, he said, "but it's not good quality at all. It's not marketable."

Klein said the damage, "totally weather-related," will result in millions of dollars in losses. He's seen minor damage from frost events in the past, but "nothing ever like this."

The one consolation may be the pistachios he also grows at the property. But he won't know for sure whether they were properly pollinated amid the disruptive weather until July, when the nuts' meat begins to appear.

As for whether he will respond to the difficult weather patterns by planting different crops, he's not quite sure. "We haven't evaluated all that yet," he said.

Cherries have recently been a big crop in Kern, blueberries less so.

The county's 2016 crop report, which is the most recent available, indicates cherries brought in $105.8 million countywide that year, pushing up its ranking by value from 15th in 2015 to ninth in 2016.

By comparison, the county estimated blueberries generated sales of $32.8 million in 2016. It rose from Kern's 25th most valuable crop in 2015 to 20th the next year.

It's hard to say at this point just how much damage blueberry fields and cherry orchards sustained during the winter, said Ashram El-kereamy, viticulture and small fruits advisor with the University of California Cooperative Extension in Kern County.

Actual losses will vary not only by location and elevation, he said, but also by variety. He said the quality of this year's crop remains a question, adding that blueberries are particularly sensitive to temperatures.

"We have to wait" to learn the extent of the crop losses, he said.

Cherry grower Bruce Frost counts himself lucky. He farms 40 acres of cherry trees next to Murray's orchards, and in February experienced only about an hour of damaging cold at a time when growers at lower elevations went through consecutive days of temperatures dipping precariously low.

Lower elevations suffer worst in hard freezes because cold air sinks to the bottom of the valley. Growers on the foothills and upper slopes often avoid the coldest temperatures.

But a deep cold and a mild winter haven't been the only problems lately. Frost noted last summer's high temperatures caused trouble by producing defects known as doubles, spurs and sutures, all of which tend to lower the value of a farmer's cherry crop.

He picked and sold most of his crop early this year, exporting it at very strong prices to buyers in Japan, South Korea, Hong Kong, Singapore and the Middle East.

In an effort to protect his cherries from the effects of a warm winter, he recently had large black tarps installed over his orchards. It kept solar radiation off the trees and allowed them to chill in a kind of hibernation state.

The tarps were a big investment, he said, but it looks like they may have paid off.

"I'm better off than most of the guys," he said. "I had a beautiful crop."