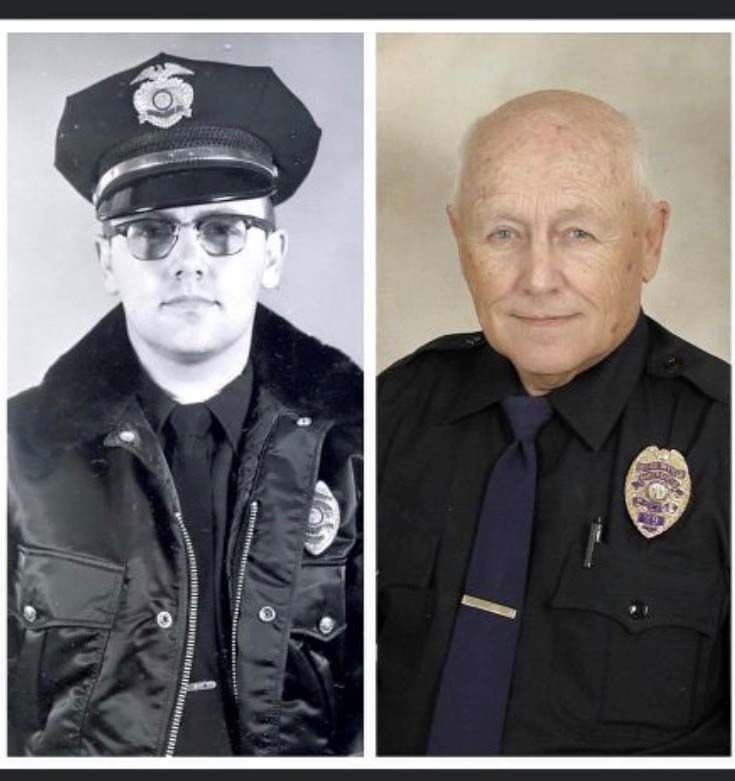 Jacque "Jack" Miller served 42 years as a reserve police officer with the Bakersfield Police Department. Miller died in his sleep on Oct. 6. He was 83. 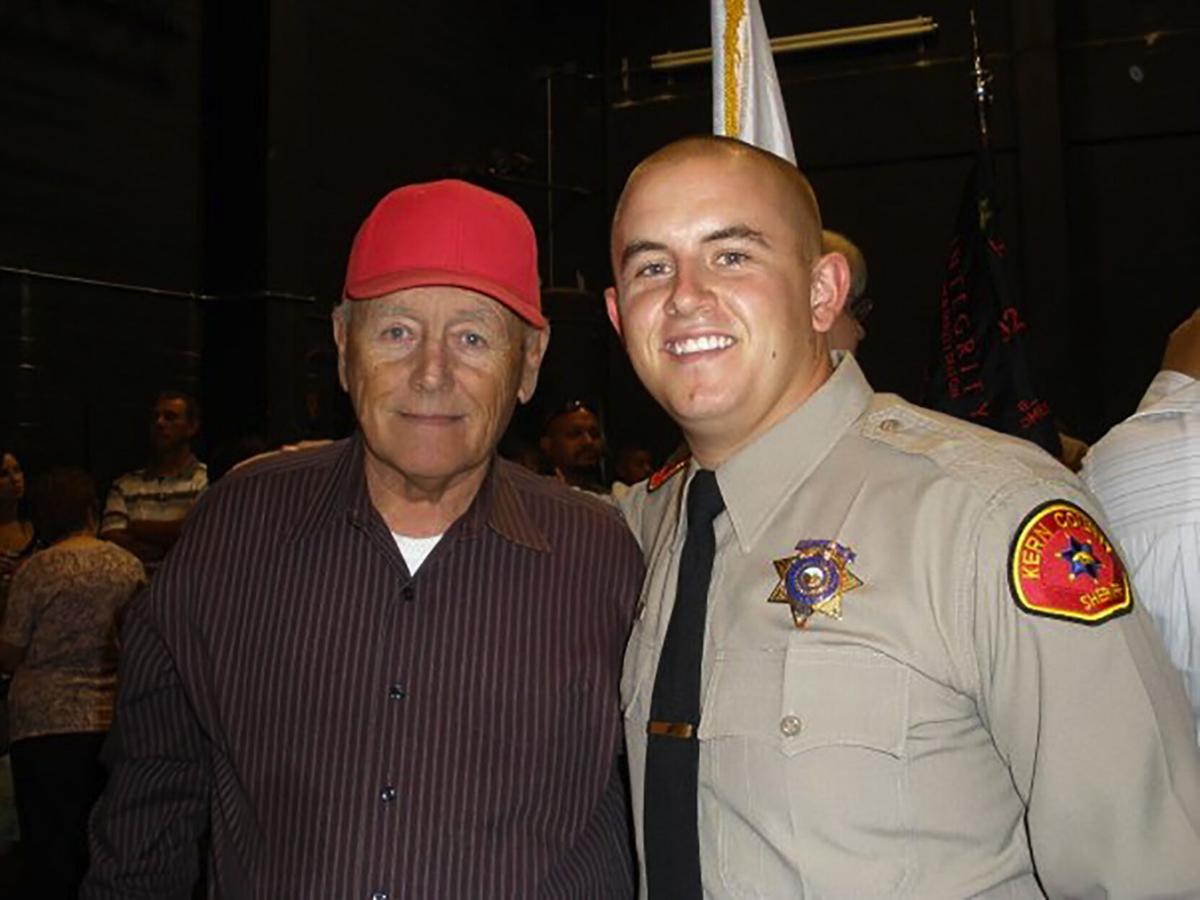 Jacque Miller with his grandson Tanner Miller, who followed in his grandfather's footsteps to become a Kern County sheriff's deputy. 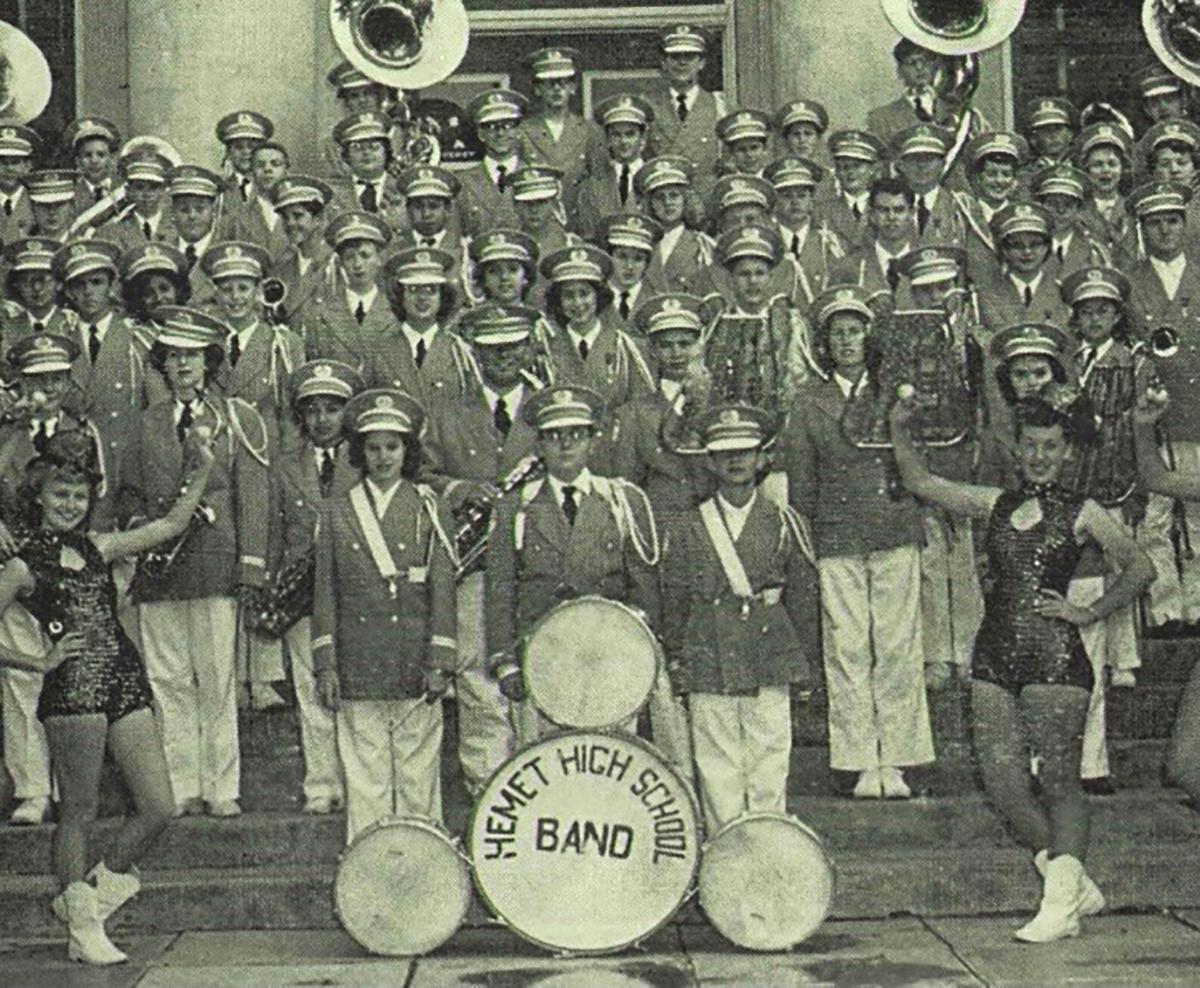 Jacque Miller was the drum major in the Hemet High School Marching Band. He came to Bakersfield in 1958 where he would work in retail management, start his own business and serve 42 years as a reserve police officer in the Bakersfield Police Department. Miller died Oct. 6. He was 83.

Jacque "Jack" Miller served 42 years as a reserve police officer with the Bakersfield Police Department. Miller died in his sleep on Oct. 6. He was 83.

Jacque Miller with his grandson Tanner Miller, who followed in his grandfather's footsteps to become a Kern County sheriff's deputy.

Jacque Miller was the drum major in the Hemet High School Marching Band. He came to Bakersfield in 1958 where he would work in retail management, start his own business and serve 42 years as a reserve police officer in the Bakersfield Police Department. Miller died Oct. 6. He was 83.

He wore a badge and a gun without pay for 42 years because he loved serving his community, loved the camaraderie of law enforcement and just plain loved the work.

"He was a wonderful human being," said Sheri Miller, one of his four daughters.

"He wore that badge with honor," she said. "He was a great asset to Bakersfield and to the Bakersfield Police Department."

Ironically, the man who loved serving in law enforcement so much he was willing to do it without pay, did not meet the height requirement to become a full-time officer, Sheri Miller said.

But that never stopped him from following his vocation.

Born Nov. 3, 1936 in Fort Wayne, Indiana to parents Jacque and Nedra Miller, young Jack moved with his family to Hemet, California where he attended Hemet High School and was the drum major for the school's marching band. Shortly after high school, Miller met Kristina Michels, they fell in love, married and moved to Bakersfield in 1958.

Miller worked at a number of jobs in Bakersfield, including as manager of Thrifty Drug Store and later as a code enforcement officer for the city of Bakersfield.

But, according to family and friends, his true calling and first love was serving as a reserve police officer for the Bakersfield Police Department.

According to Sgt. Robert Pair, the BPD's public information officer and a 19-year veteran of the department, Miller had a long-established reputation for his skills at calming otherwise explosive situations, and de-escalating heated incidents.

"He was the picture of calm," Pair said, a trait that comes with age and experience.

Lt. Billy Owens, who heads the department's volunteer corps of reserve officers, said those officers do everything from working parades, concerts, and other events to working patrol duty, DUI checkpoints, transporting prisoners and even plainclothes operations.

Often, they free up full-time sworn officers to concentrate on responding to calls.

"In my personal opinion, Jack never had a bad day. He loved serving his city," Owens said.

Like full-time officers, reservists also put themselves in harm's way. But they do it for free.

"He told me stories," his daughter recalled. "Some crazy stories."

Owens remembered one incident when an inmate they were transporting to Lerdo became violent, went for their weapons and had to be subdued.

"Being a reserve officer doesn't mean we don't face some of the same risks and rewards," Owens said.

The hours the city has received in unpaid service from reserve officers numbers in the hundreds of thousands, Owens said. But Miller was willing to donate the work because he lived for it.

But that doesn't mean he had no life otherwise. On the contrary, he played city league baseball and was a pitcher with a mean fastball, his family said. At home, he spent countless hours at the piano keyboard playing such tunes as "The Entertainer" (from the movie The Sting) and "Misty."

He once added his own lyrics to the classic blues tune, "House of the Rising Sun," a humorous lament on working in retail:

There is a store in Bakersfield/They call it Thrifty Drug

It's been the ruin of many a manager/Because I know I'm one.

The Millers would ultimately divorce, but the father of four would remain connected to his daughters and later their children. At the time of his passing, he had 15 grandchildren and eight great-grandchildren.

"My dad was very stoic. He was very calm," Sheri Miller said. "He was always listening, always observant.

"He was a man who loved people. And he loved being a police officer."

Assistant Chief of Police Mike Hale came up through the ranks of the reserves and worked with Miller many times over the years while he was a reserve officer and after he became a regular police officer.

"I remember becoming a new reserve officer and meeting Miller," Hale said in an email. "He always had a cool, calm, friendly, professional and controlled demeanor when he spoke to me and especially when I listened to him speak to members of our community. He was a man ahead of his time.

"The BPD has had many reserve officers over the years," he said. "Some just volunteer and others volunteer to see if being a police officer is what they want to do for a living. Reserve Officer Jacque Miller just volunteered, which is a monumental understatement.

"Not only did he volunteer as a reserve police officer for over 40 years of his life, he volunteered doing something most would never do for good pay," Hale said.

"Reserve Officer Jacque Miller was a pillar at the Bakersfield Police Department and will be missed by his BPD family."