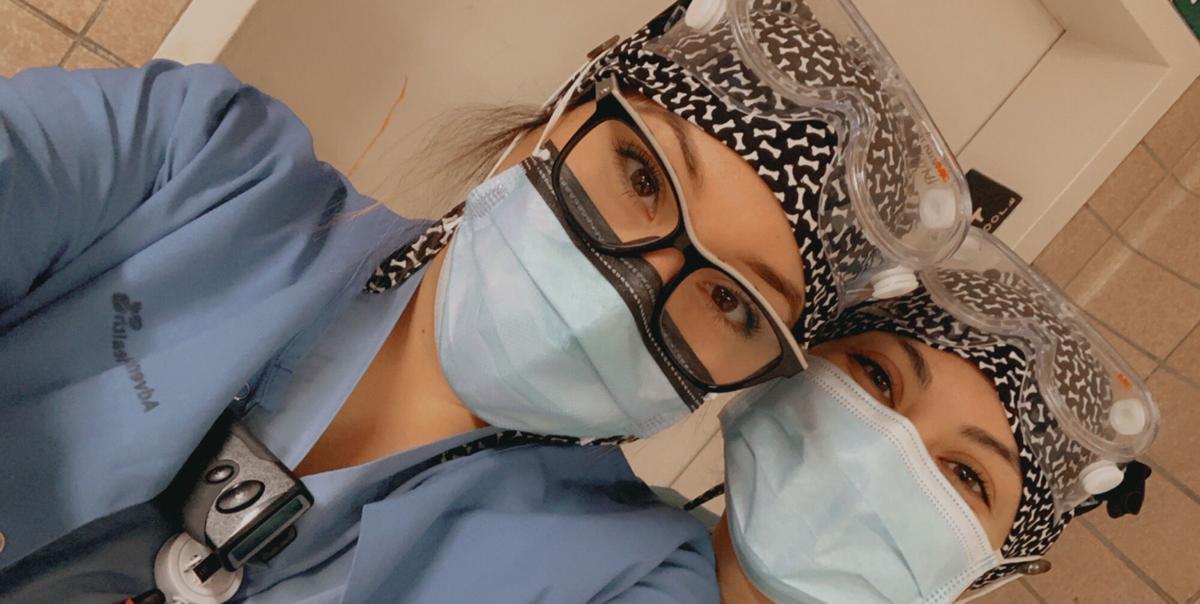 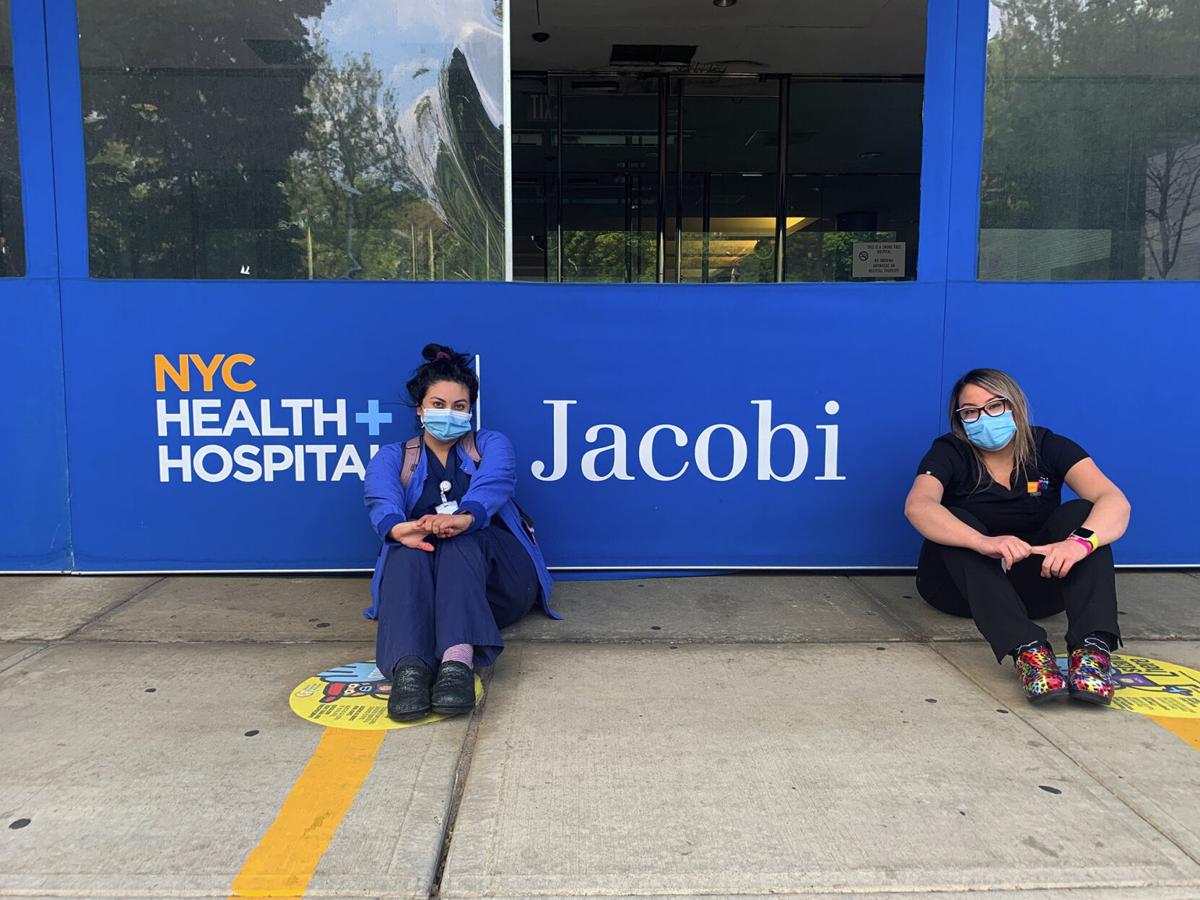 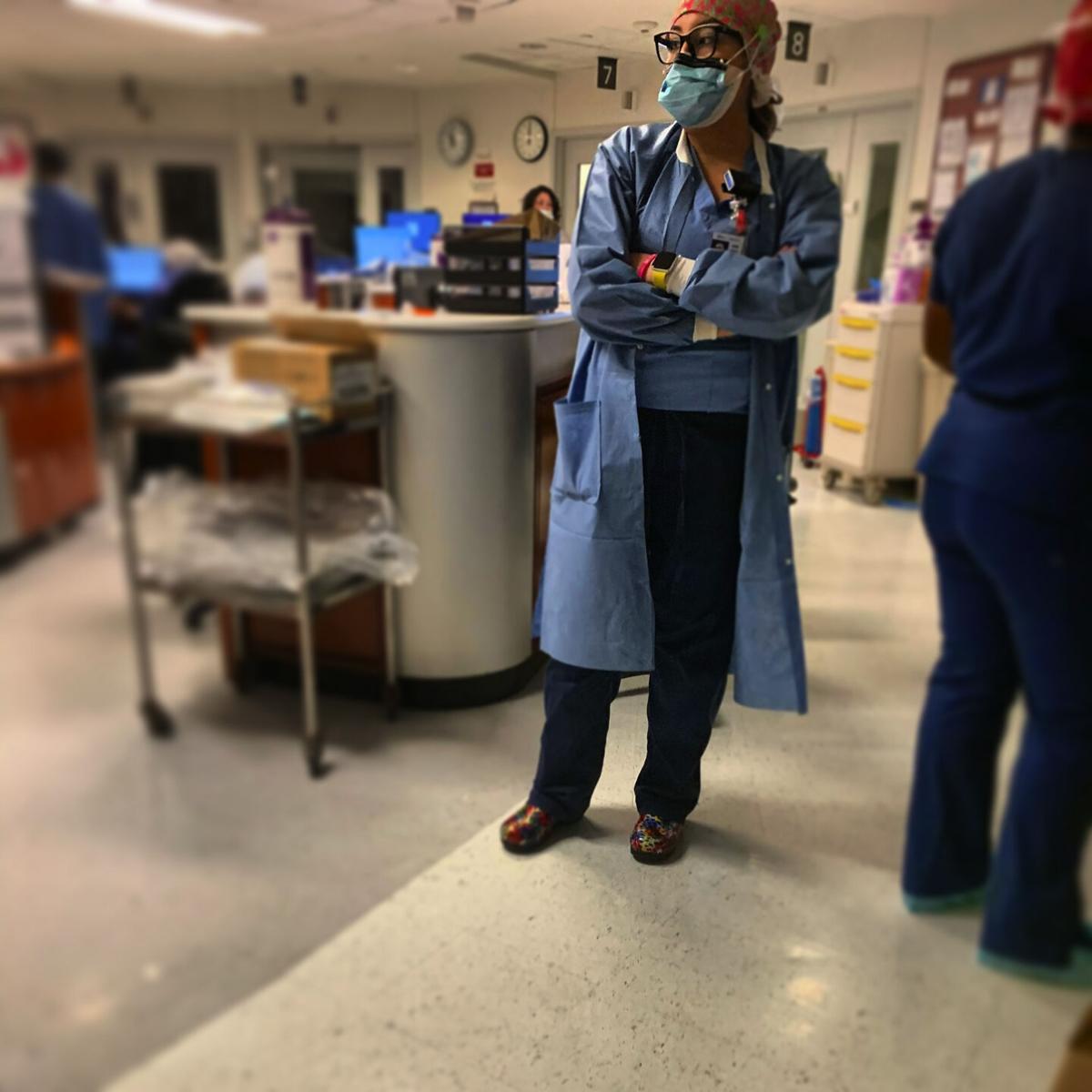 Natalie Palomar, a respiratory therapist, at Jacobi Medical Center in the Bronx, in New York City. She spent seven weeks there in May and June and is now back in Bakersfield helping patients in her hometown.

Natalie Palomar, a respiratory therapist, at Jacobi Medical Center in the Bronx, in New York City. She spent seven weeks there in May and June and is now back in Bakersfield helping patients in her hometown.

In late April, when the coronavirus was just getting a foothold in Kern County and local hospitals were empty, two respiratory therapists who work for Adventist Health Bakersfield headed to New York City.

Marisela Gonzales, 25, and Natalie Palomar, 27, arrived at the midpoint of New York's hospital surge and spent seven weeks working in "the eye of the storm," as Gonzales called it, at Jacobi Medical Center, a 450-bed hospital in the Bronx. They came back to Bakersfield in mid-June, just as Kern County's case counts and hospitalizations grew. In the past week, local hospitals reached a tipping point as they filled to capacity and are now seeking hundreds more health care workers to open up more beds.

"It's kind of getting the same as New York," Palomar said Thursday, as she worked her eighth straight day picking up an extra shift at Bakersfield Memorial.

Patients in every room. Patients on high-oxygen intake because their blood oxygen saturations are so low.

"This is what the virus is," said the Mira Monte High School graduate.

Palomar worked Tuesday through Thursday at Adventist Health, which she said was busier than Bakersfield Memorial.

"I put three to four people on ventilators each day. People died every day. You turn around the ventilator, clean it, and put it on another patient. People crash all day," she said.

Gonzales said she also sees signs that the situation locally is starting to feel similar to her time in New York. She arrived at work last week and noticed people sitting on lawn chairs outside the hospital's ER, waiting to get in.

In New York, Palomar and Gonzales sometimes had up to 18 patients on ventilators at one time and logged 9 miles of walking per shift.

While Palomar has six years of experience as a respiratory therapist, Gonzales was just months into her career after graduating from San Joaquin Valley College in August.

"It’s eye-opening. It’s an amazing experience and I love my job," Gonzales said of her time in New York. "But it’s emotional and it’s mental."

The pair, both graduates of San Joaquin Valley College, had each other to turn to for support in New York. They walked to and from the hospital together, ate meals together, and shared their experiences and breakdowns.

But when they came back to Bakersfield, it was different, Palomar said, choking up as she spoke. That's when she began to process what she experienced.

She recalled the hospital in New York at one point had one ventilator left and was so overrun with patients the staff couldn't get to all of them.

"There were times when it was like, 'Which one are we going to save?'" she said.

But Palomar is thankful for the experience and knowledge she gained there.

"When things pop off and five things are happening at once, I try to stay calm and constantly remind everyone, it’s OK. We’re doing the best we can," said Palomar. "If a patient doesn’t make it for whatever reason, we literally are doing all that we can."

Palomar was scheduled to be off Friday and then back to work Saturday.

From outside the sliding glass doors of an ICU room on the third floor of Bakersfield Memorial Hospital, nurse Jaclyn Moore peered in at a patient.

Ha! Vood luck trying to convince Trump supporters. Their cult leader convinced them for 6 months that it was all a plot against him. Now he's changed his mind because he's getting murdered in the polls.

These hospital workers, doctors and nurses are to be commended and thanked for all they do. Not only do they have to try to help people and, quite literally, save lives all day long, but they have to deal with families who lose loved ones or are on edge because they cannot be with their loved ones who may be hospitalized with this virus.

Everyone needs to show that they care for others by wearing a face covering. It's the human, good citizen thing to do. Doesn't make you a liberal...it makes you a worthwhile American.