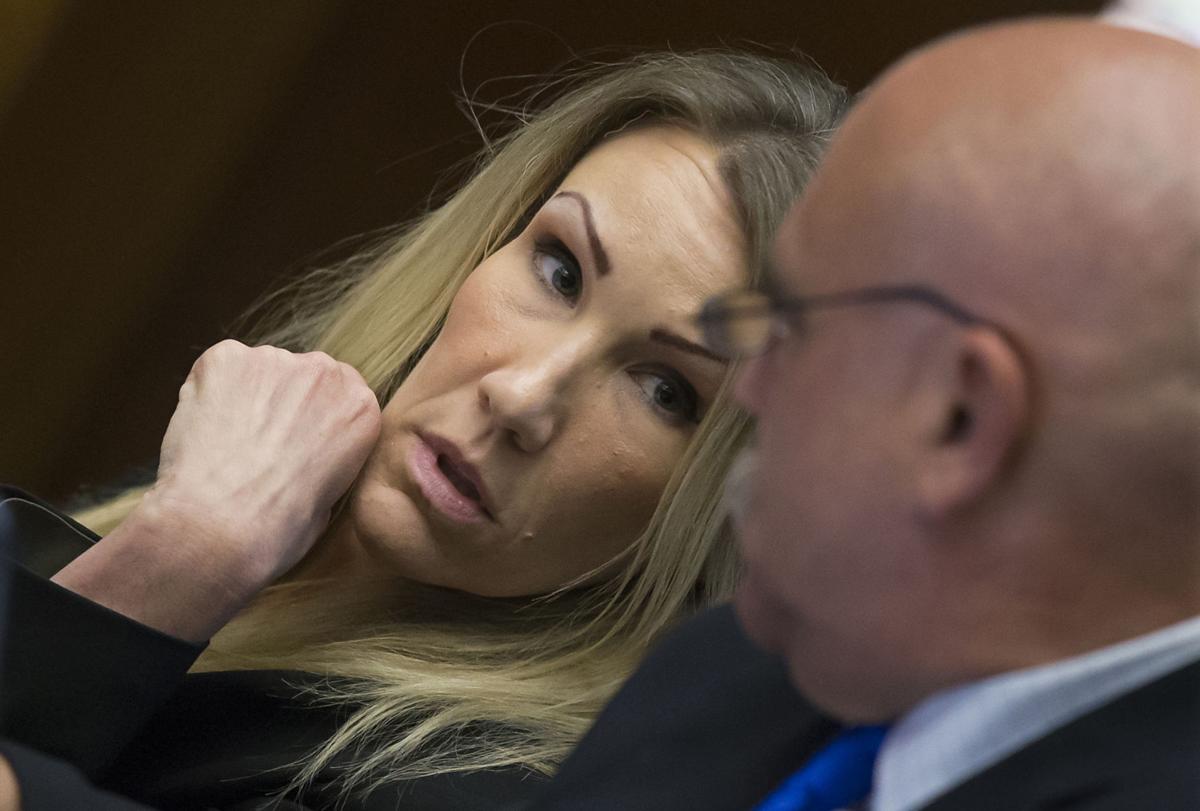 Sabrina Limon confers with trial attorney Richard Terry during the testimony of her former lover Jonathan Hearn in 2017. 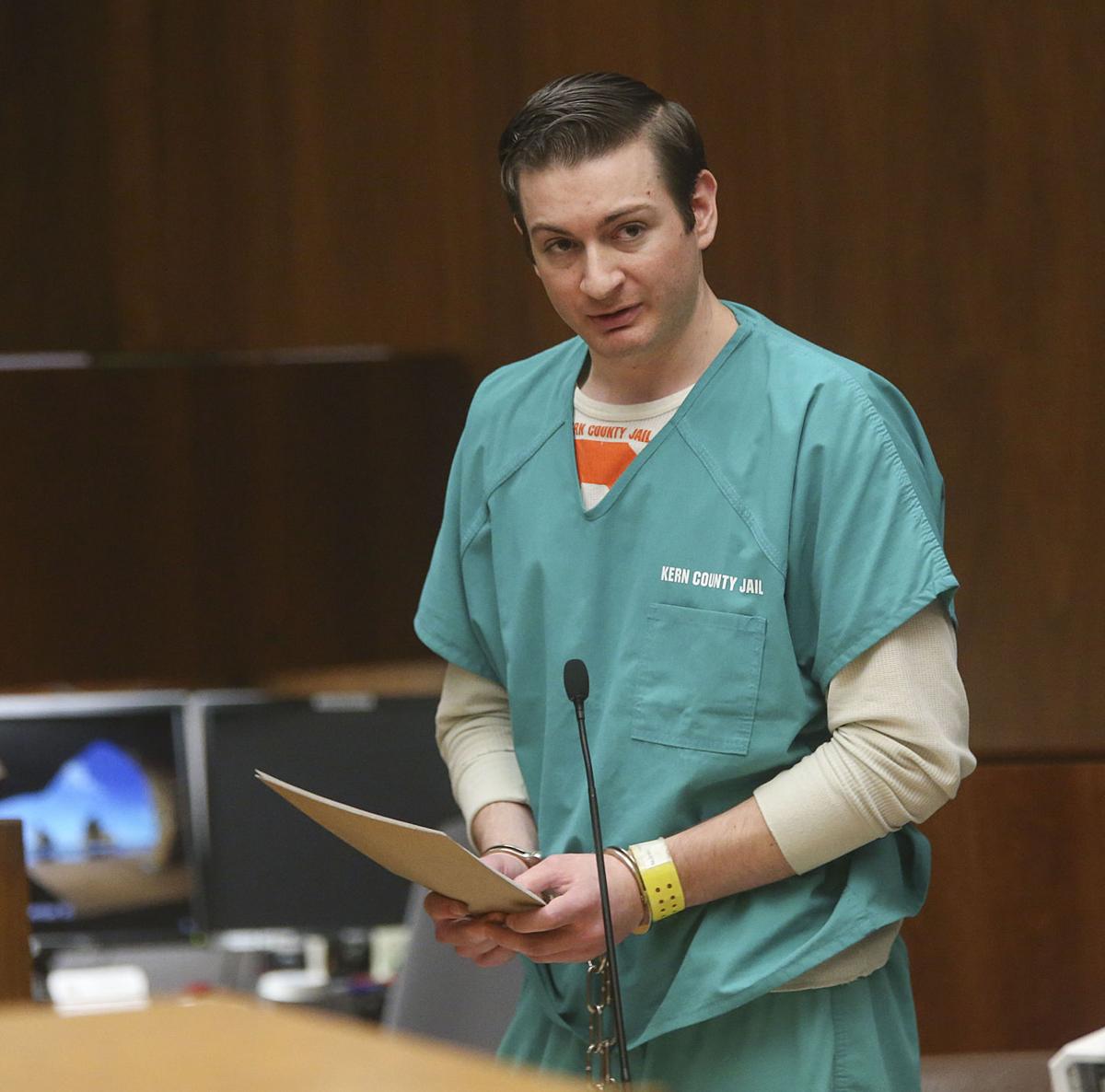 Sabrina Limon confers with trial attorney Richard Terry during the testimony of her former lover Jonathan Hearn in 2017.

The sordid story of Sabrina Limon and Jonathan Hearn gripped Kern County last year, each day bringing forth compelling details of how their relationship evolved from an affair to a plot to kill her husband.

The love triangle and the slaying of Limon's husband alone were enough to draw attention. Add to that their "swinger" lifestyle, an aborted plan to kill Limon's husband with arsenic-laced pudding and their distorted view of Bible passages to justify their actions and it's clear why the trial gripped Kern County and beyond throughout its three-week duration.

Limon, 39, was convicted of first-degree murder, among other charges, in October 2017. She's serving 25 years to life at Central California Women's Prison in Chowchilla.

And roughly a year ago Hearn, 28, a former Redlands firefighter, was sentenced to 25 years and four months in prison after accepting a plea agreement in which he admitted gunning down Robert Limon, Limon's husband, so he and Sabrina could be together.

Limon's appellate attorney said she is still researching the trial record but anticipates filing an opening brief early next year. The trial transcript alone is just over 2,000 pages, and then there are juror questionnaires to review and voire dire to scrutinize.

One of the main issues Wass said she'll bring up on appeal is the court's failure to sequester the jury.

"I'm of the really strong opinion that any time a case has that much media coverage a jury should be sequestered," she said.

A judge can order jurors not to watch any trial coverage, Wass said, but a juror may inadvertently violate that order just by checking Twitter and spotting an update. Sequestering a jury and limiting its contact with the outside world is a way to prevent such mishaps.

The Limon case attracted a national audience. Dateline ABC aired an episode about the case. True crime author Michael Fleeman wrote a book about it called "Better Off Dead."

And the trial was livestreamed, giving the world instantaneous access simply by logging onto a laptop.

While not at the same level of media frenzy, Wass said the coverage bears some similarities to her representation of Conrad Murray, the doctor who administered a dose of propofol to Michael Jackson the night of the pop superstar's death. In that case, as in the Limon trial, media coverage was constant.

She said it's not hard to spot the appeal of the Limon case.

"You've got the young, handsome firefighter with the housewife, a swinging lifestyle and religious stuff throw into it."

Between the filing of her opening brief, the attorney general's response and then her response to the government's filing, all the necessary documents likely won't be filed until summer, Wass said. The case can then sit in court for anywhere from a few months to a couple of years before it's placed on the appellate court calendar for oral argument.

Hearn and Limon had been carrying on an affair behind Robert Limon's back for months before Hearn traveled to Robert Limon's workplace in Tehachapi on Aug. 17, 2014, and shot him to death.

Prosecutors said Sabrina Limon conspired with Hearn in planning the murder. Hearn testified Sabrina Limon persuaded him her husband needed to die so they could marry and raise her children as "godly parents."

Limon maintained during her testimony that she knew nothing about a plot to kill her husband.

The jury found to be true that Sabrina Limon, who lived in the Hesperia area, had told Hearn how to get to her husband's workplace and what hours he was working the day of the killing.

It also found it true that she used a "burner" phone to communicate with Hearn in an effort to avoid detection by law enforcement. Investigators recorded hours of wiretapped phone calls between the two.

In one of the recordings, Hearn recommended Limon read Psalm 38 and Psalm 51, describing them as "good rest for the soul."

Both passages reference the story of King David's lust for Bathsheba, the wife of one of his most devout soldiers. David and Bathsheba later had an affair resulting in pregnancy while the soldier, Uriah, was away. David then arranged for Uriah to be killed and married Bathsheba as a cover.

In the Biblical passages, David expresses the guilt he was feeling and seeks God's forgiveness.

"David is a lot like you and I, Sabrina," Hearn told Limon in a November 2014 phone call. "He made a lot of big mistakes and was someone who committed adultery … and went on to kill the guy. He went out of his way to cover up his sin."

Hearn testified that in Psalm 51 he found similarities between David and the Limon case, "not exactly, but as it pertains to a lot of lust and adultery and a murder cover-up."

Another aspect of the trial that captured a lot of attention was Hearn's testimony that he and Limon first attempted to poison her husband with arsenic-laced banana pudding. He said he ordered arsenic online and sprinkled it into pudding. He then gave the pudding to Sabrina Limon to place in her husband's lunch.

They aborted the plan, he said, because they were afraid of getting caught.

The plan they finally settled on didn't turn out so well either.