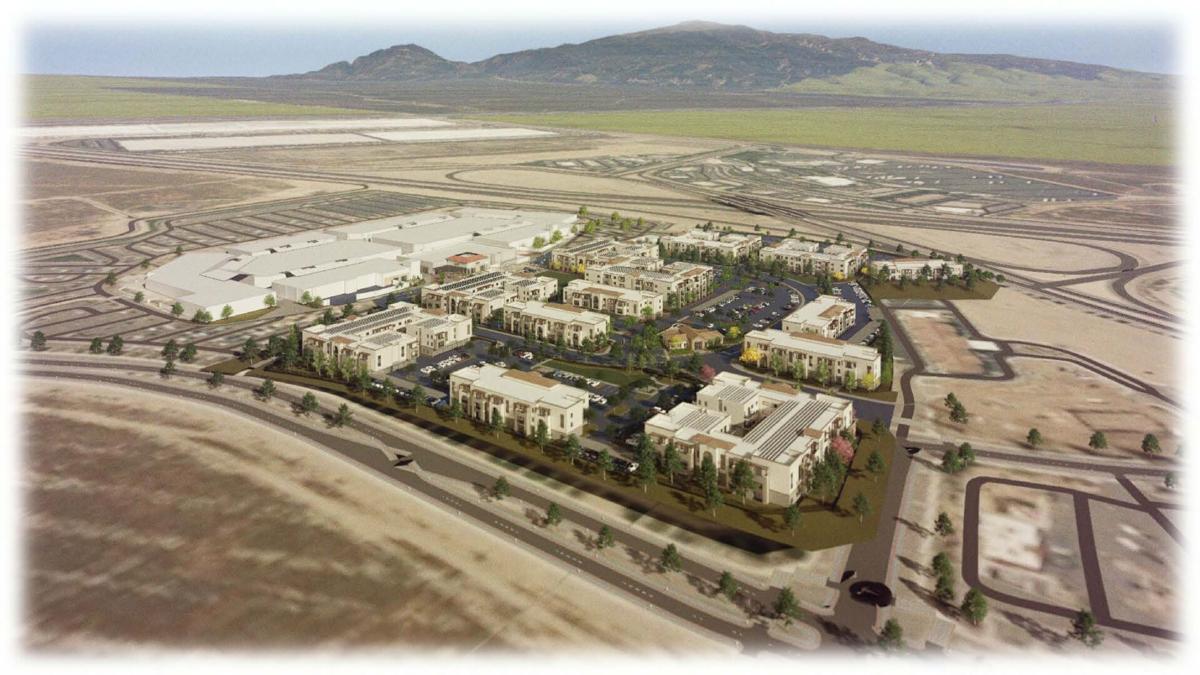 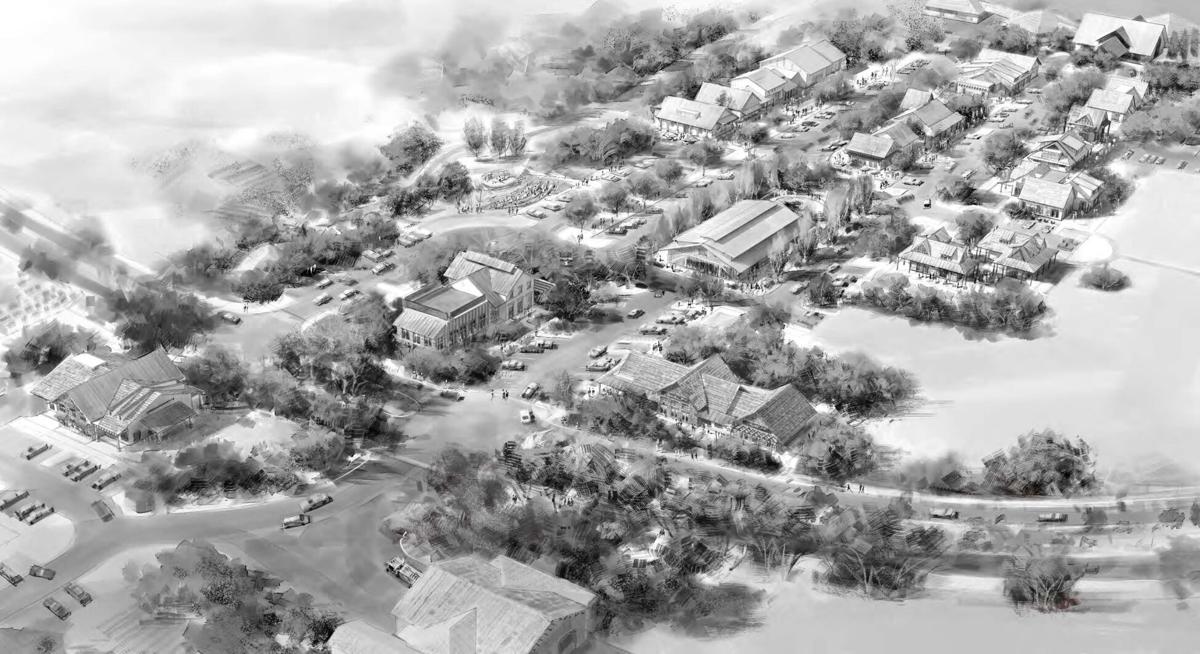 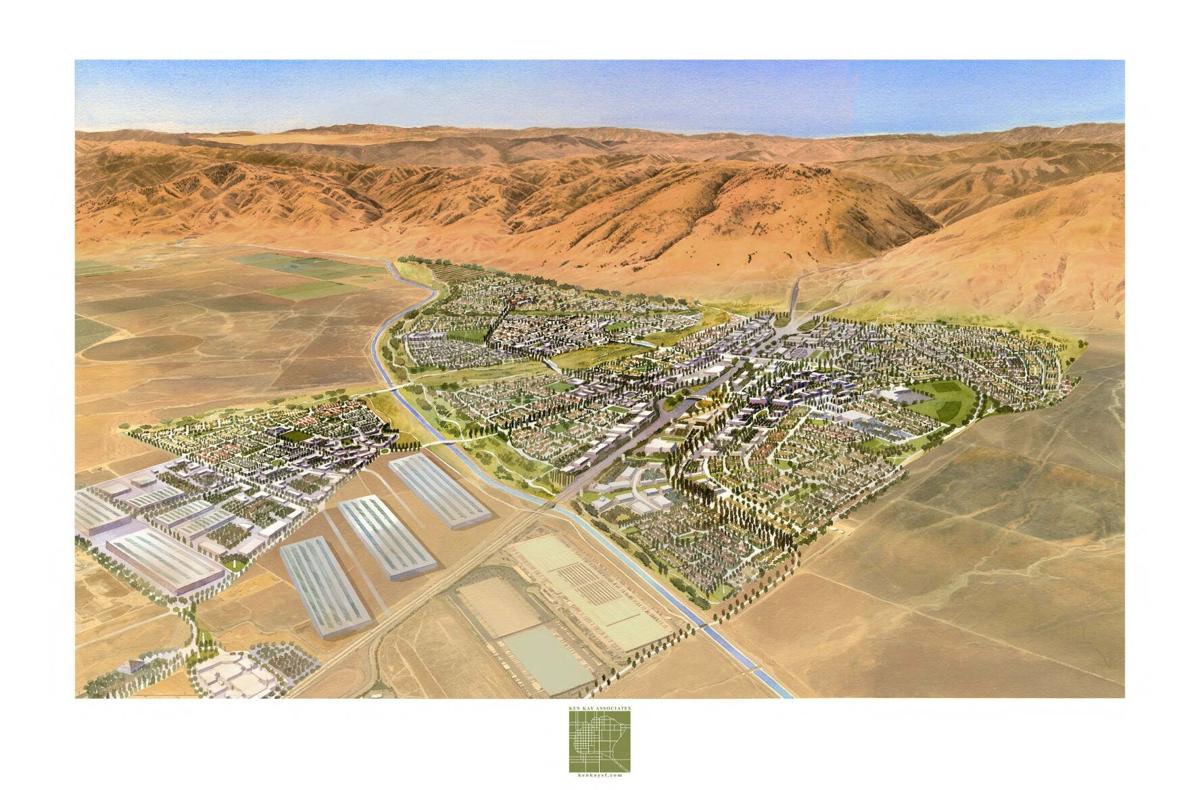 For all its many years of planning, project permitting and legal battles, Tejon Ranch Co.'s next big task on the way to developing four separate, master-planned communities has little to do with any of that.

More than anything else, what it needs now is to form a strong relationship with another company. And looking forward, it will probably need several such partners before it can make progress toward its goal of developing 35,000 residential units near Kern's southern border.

The Lebec-based agribusiness and real estate development company has never built an apartment building, let alone 13 of them with a total of 495 rental units, as its plans call for at Outlets at Tejon. The idea is to provide housing for future workers at the area's commercial and industrial projects.

"We don't have the expertise in-house of doing multifamily, and there are a lot of good, solid companies both locally, Southern California, (and) California-based, that have that expertise," said Barry Zoeller, Tejon Ranch's chief spokesman and head of investor relations.

The challenge is one Tejon Ranch will face again and again in the years to come. In some cases, its partners will need construction know-how, such as retail or hotel development. But in other cases, it'll be more about bringing money to the table.

Fortunately, the company does have experience forming joint-venture partnerships. The Tejon Ranch Commerce Center is an example, as is its latest industrial development, a speculative project being built with the help of Southern California development giant Majestic Realty Co.

The search for an experienced apartment developer started in the spring. The focus now is on identifying different companies that appear best suited for producing a quality project, Zoeller said, adding, "Our brand is important."

After that will come a period of sharing information and examining market research. Zoeller said whichever company Tejon agrees to partner with on the apartments will share equally in rental proceeds.

Tejon's ability to find the right partner will make all the difference for the project's long-term success, said Bruce Davis, senior vice president of development at Bolthouse Properties in Bakersfield.

"You want to make sure whatever you do you're getting the right info and making the right decisions," he said.

That said, Davis has no doubt the company is up to the task.

"They are definitely smart enough to figure out the best way to go," he said.

In general, Tejon Ranch's partnerships are structured to be 50-50, with the Lebec company responsible for permitting and providing the real estate. Zoeller said the other company makes contributions equal to the property value.

That's not necessarily the case with every project going forward, he said. For one thing, Tejon Ranch's stock trades publicly and so it has the option of selling additional stock to help it finance projects. Plus, the company expects to fund future development projects using revenue from the first residential units to come online.

In the case of Mountain Village at Tejon Ranch, near Lebec, the company has not decided whether to go the route of a joint venture, Zoeller said. There will be agreements with developers to build hotels at the property, he said, and homebuilders will be invited to design and construct residences there. But he said it's possible the company will fund the overall project out of its own cash, or that of its investors.

"The board is going to look at the best capital structure for the (opportunities) that provide the greatest value to shareholders," he said.

The search for the perfect partner won't be as far-reaching as it might sound. Zoeller said the field of candidates is relatively small because of the difficulties involved in building housing in California.

"From a major developer point of view, there aren't many places in California that will be able to do what's happening and going to happen at Tejon Ranch," he said.

Tejon Ranch Co. plans to develop, or co-develop, a total of about 35,000 residential units on its property near the southern border of Kern County. It has divided them into four separate projects in various stages of development. Each of the projects is planned to be phased, with portions of the developments built in different stages.

Construction is expected to begin in 2022 on 495 residential units next to the company's existing outlets project east of Interstate 5 near Laval Road. The units will be divided among 13 buildings, each of them two to four stories high. The project will include 8,000 square feet of common space.

Company spokesman Barry Zoeller said Kern County has issued a conditional use permit and that the project is completely entitled.

With 3,450 homes, 750 hotel rooms and 160,000 square feet of commercial space, this resort-type development on the east side of Interstate 5 near Frazier Park is four to five years from initial sales. A tentative map and commercial site plan has been approved and a final plan has been submitted to the county for review.

The development requires extensive infrastructure work, including a sewer system and water from the State Water Project. Commercial development will likely be built first, followed by custom homebuilding.

Twelve thousand homes would be built at the bottom of the Grapevine under this master-planned project originally approved by Kern's Board of Supervisors in 2016. It is primarily envisioned as providing housing to future workers at the Tejon Ranch Commerce Center near Interstate 5 and Laval Road.

After it was challenged in court, the project had to be re-approved by county supervisors in December 2019. Tejon Ranch is now preparing tentative tract maps, and the company is also working to secure various state and federal permits. Zoeller predicted its earliest stages will come online three to five years after the initial stages of Mountain Village.

This large-scale residential and mixed-use commercial development near Highway 138 and Interstate 5 will include 19,333 residential units and 10.1 million square feet of commercial space. The furthest off in Tejon Ranch's development schedule, Centennial is planned to serve homebuyers from the Los Angeles Basin.

The Los Angeles County Board of Supervisors approved the project's specific plan and development agreement in April 2019. Tejon Ranch is defending the project from legal challenges related to greenhouse-gas mitigations, fire risks and vehicular traffic.