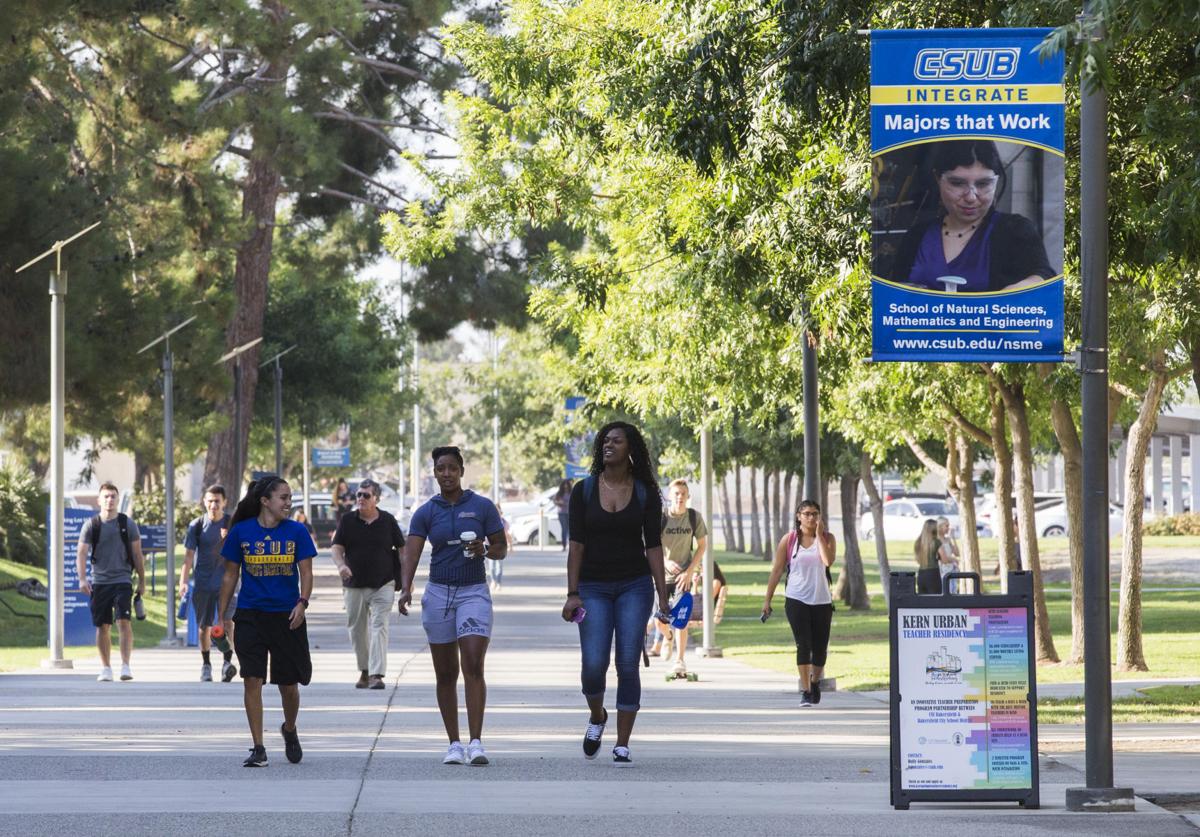 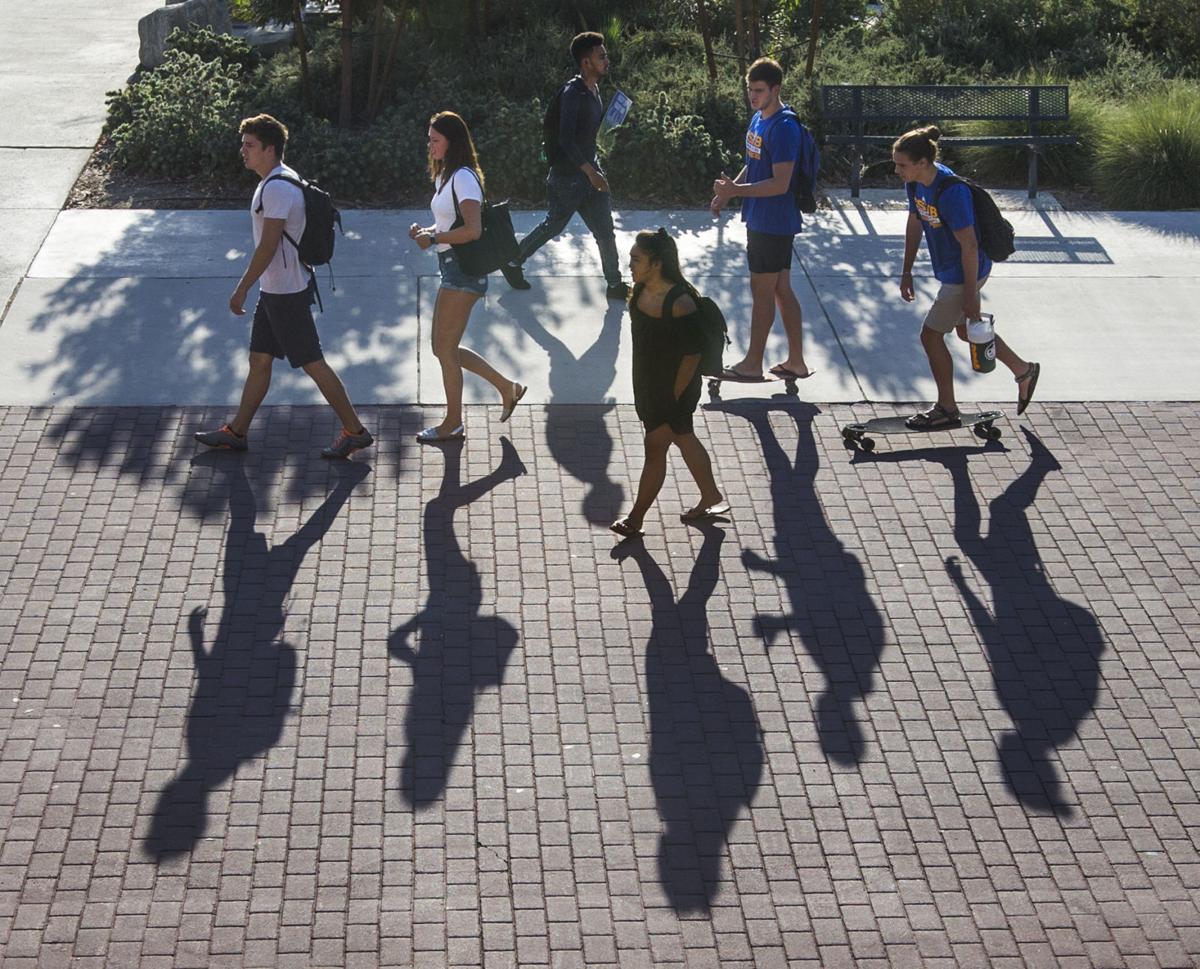 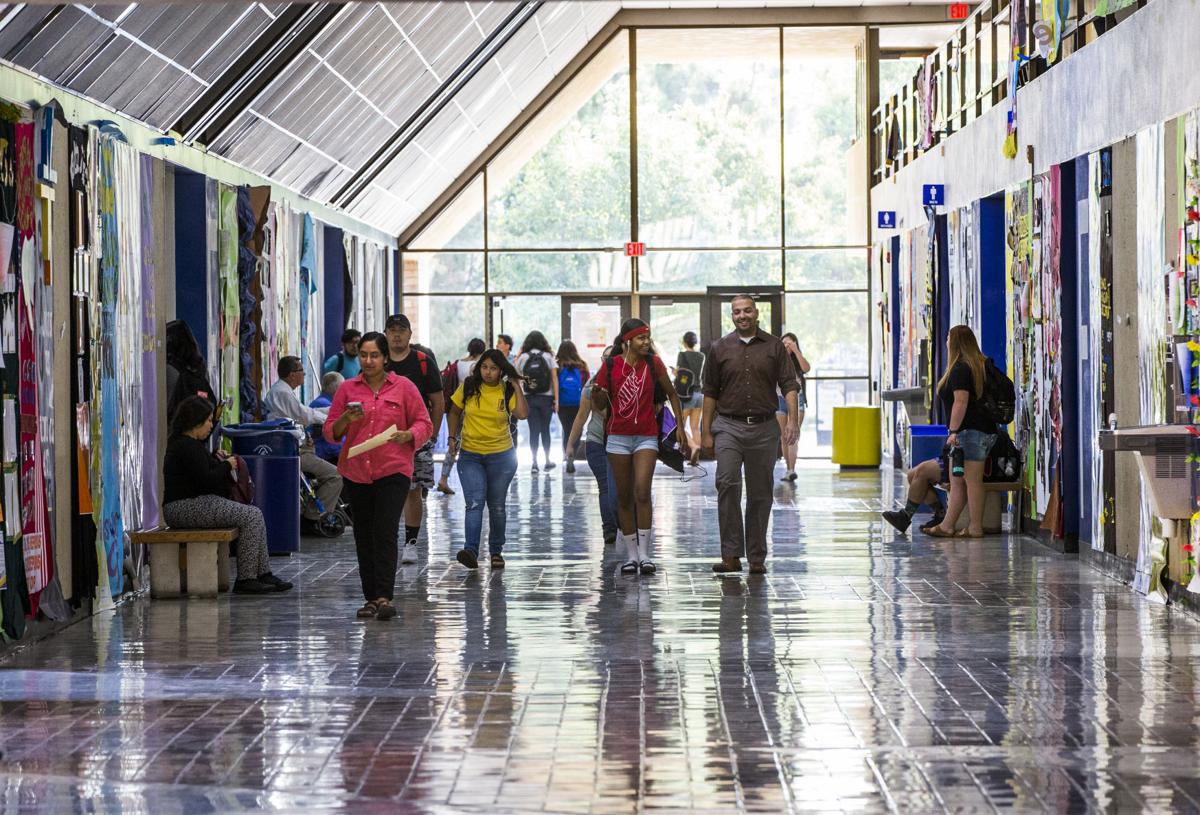 Students file into Dorothy Donahoe Hall on the CSUB campus on Sept. 6. 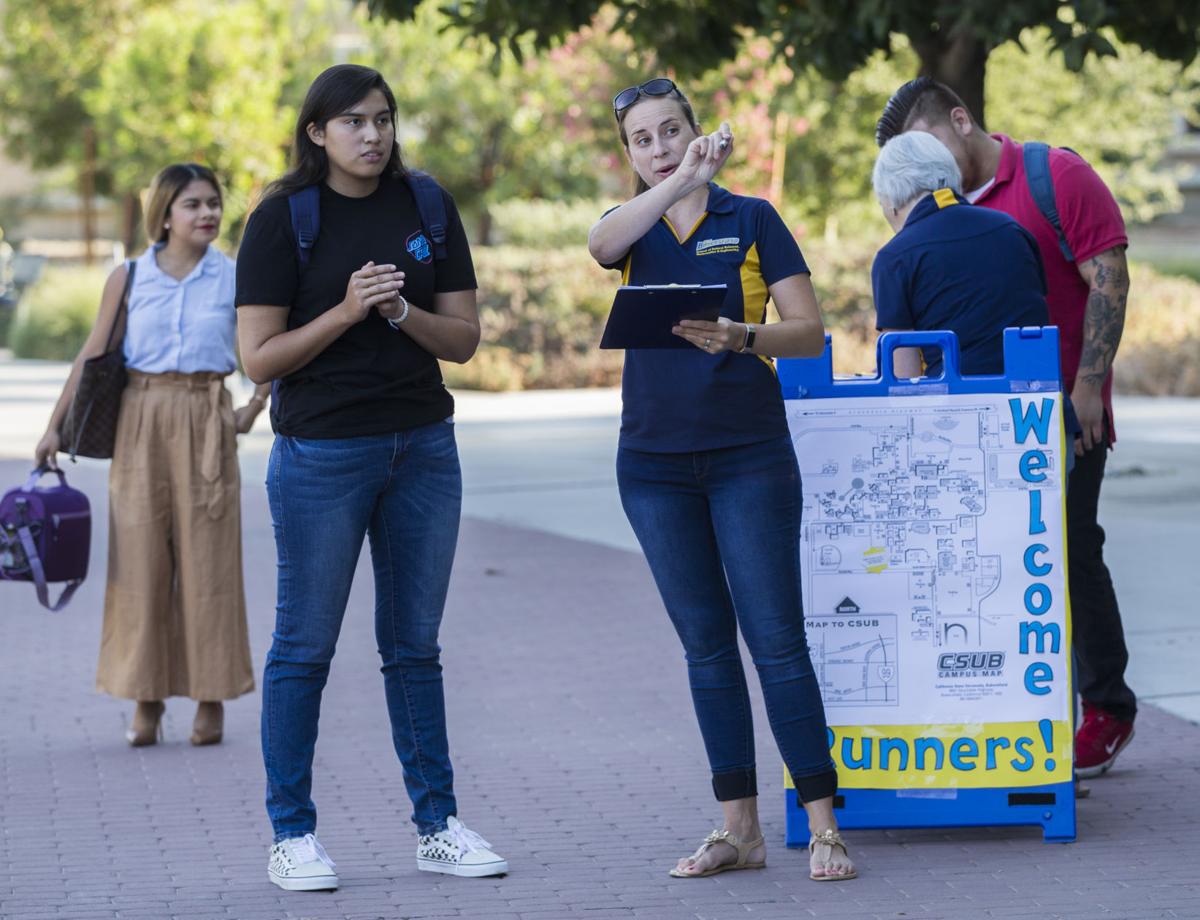 Katie Van Grinsven, center, was one of several CSUB faculty and staff on hand helping students and giving directions during the first day of school on Sept. 6.

Students file into Dorothy Donahoe Hall on the CSUB campus on Sept. 6.

Katie Van Grinsven, center, was one of several CSUB faculty and staff on hand helping students and giving directions during the first day of school on Sept. 6.

They say, "It ain't over till it's over," and it looks like it's not the end of the line for thousands of students who applied to a Cal State University but were not admitted due to overcrowding.

According to EdSource, about 28,000 students were turned away, and 5,000 have taken advantage of redirection.

At CSUB, 532 students have been redirected and 132 have expressed interest in attending, according to numbers provided by Ben Perlado, director of admissions and records. Twenty-three students have enrolled so far.

"I'm pleased," Perlado said of the increase in enrolled students. "It's a little more than last year, so we’re growing a little bit."

Low enrollment numbers could be due to students having other plans that do not allow them to attend the university. The number could grow in the coming weeks, however, as students submit transcripts and attend orientations.

Eligible applicants who have not been admitted are contacted and select a first- and a second-choice campus based on the locations where space is available, the CSU website states. Their application is then redirected to their first-choice campus unless​ that campus has run out of capacity.

Perlado said the policy has been used for at least five years, and CSUB has been a redirection campus since the start.

Other CSUs to which students can be redirected include Cal State Channel Islands, Cal State Dominguez Hills, Cal State East Bay, Humboldt State, San Francisco State, Sonoma State and Cal State Stanislaus as well as several majors at the Maritime Academy in Vallejo, according to EdSource.

Most students who attend CSUB through redirection come from Southern California.

"We tell students in our communications that we’re not far from the beach," Perlado said, with a laugh.

In the past, redirection was offered only to transfer students from community colleges who completed the associate-degree-for-transfer program. This year, it has been widened to include all freshmen and transfer applicants.

Officials at CSUB see the expansion as a benefit for both students and the school, especially since the university is hoping to reach record enrollment numbers in the coming years.

"It’s part of our mission to grow in enrollment, and we hit 11,000 students this past year and (CSUB President Lynnette) Zelezny would like to reach 18,000," said Jennifer Self, director of public affairs and communications. "We’re hoping they can come and stay in our student housing, so we’re also reaching out to them to let them know about our competitive student housing and why living on campus is a benefit to students."

Perlado also believes the policy will help bring students from all parts of the state to CSUB in future years and that they might be able to make Bakersfield home.

"We’re a smaller campus and some students want to go to smaller campus," he said. "The cost of living is less around here and they have things to think about that may benefit them and help them realize they made the right choice to come here."

Total enrollment at CSUB is right under 10,000 students, Perlado said Wednesday, but the number is expected to grow before the first day of school on Aug. 26.