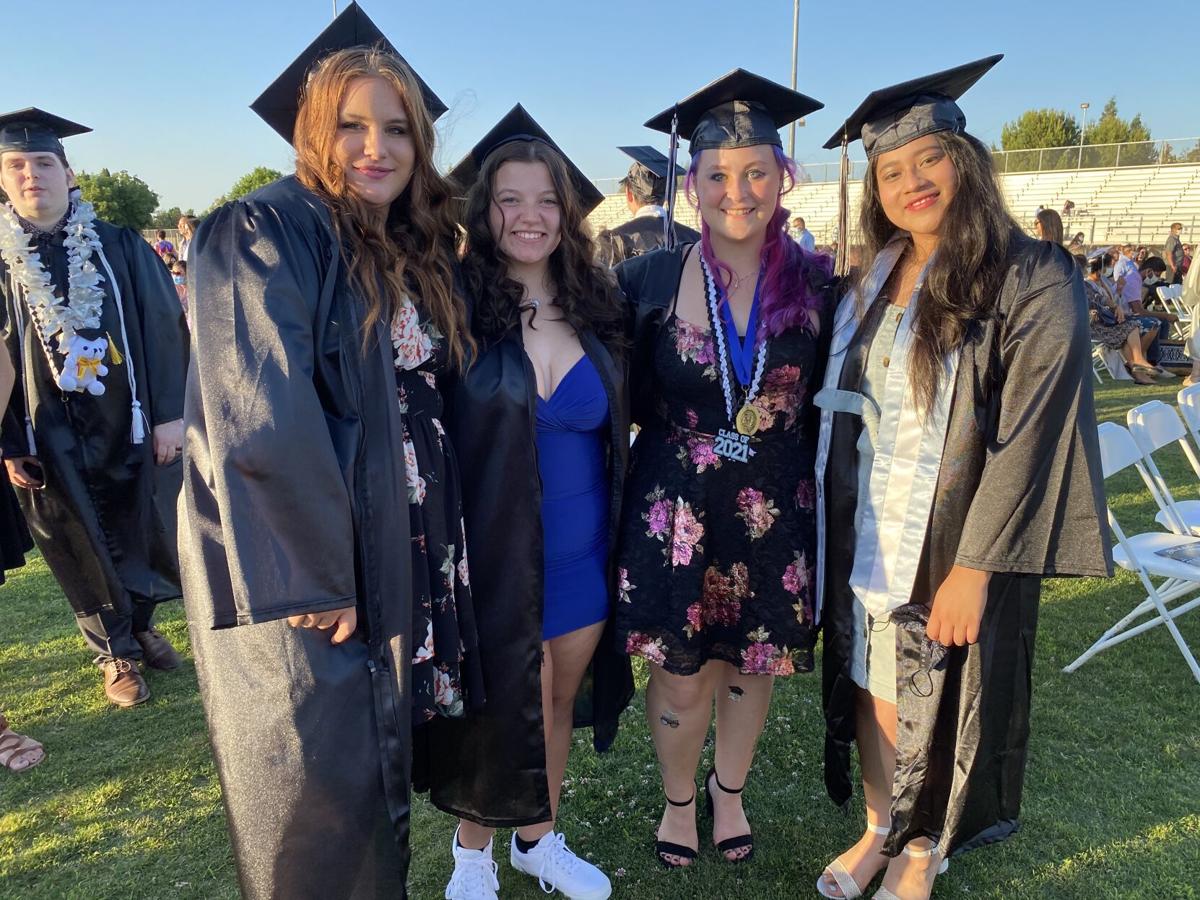 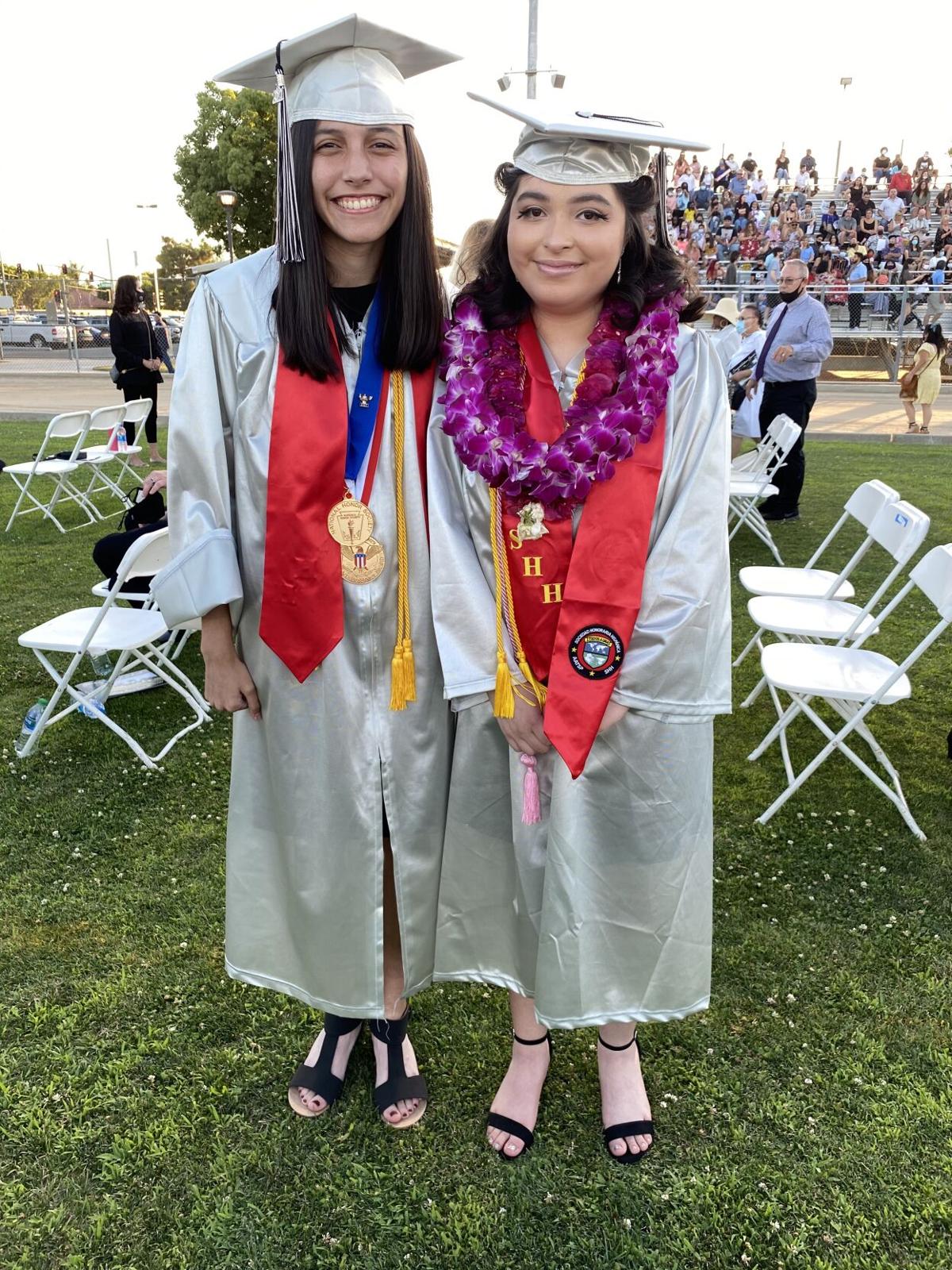 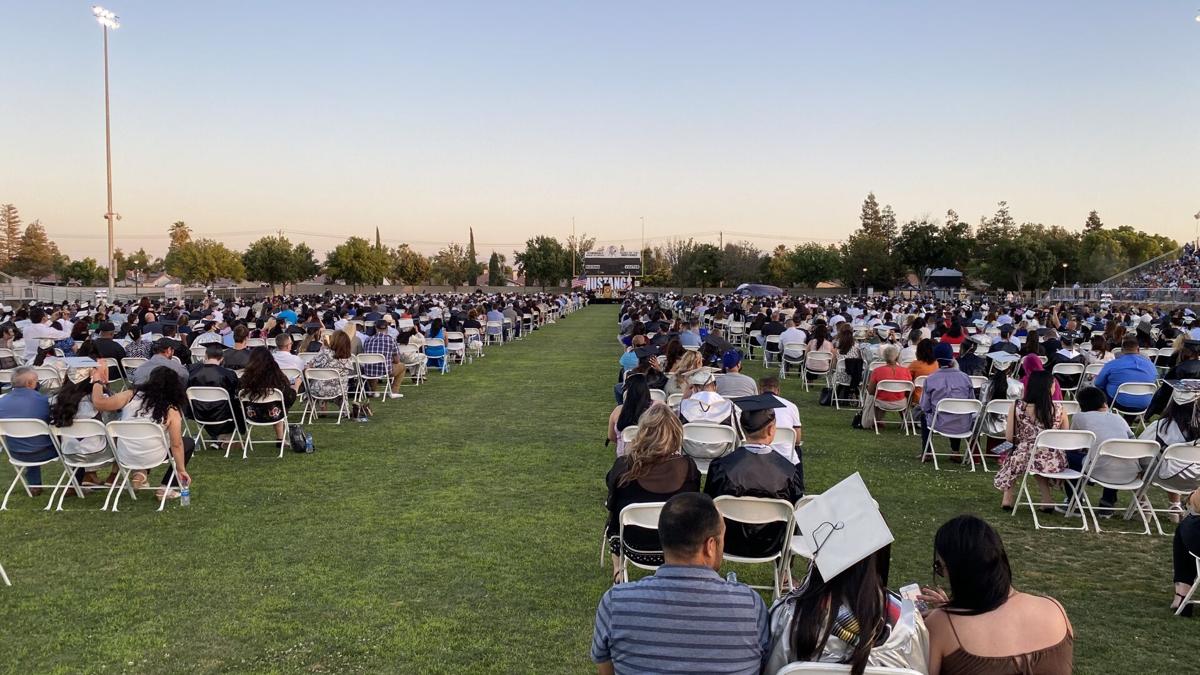 The Kern High School District kicked off graduation week Monday evening with commencement ceremonies at Stockdale and Mira Monte high schools. Over the course of this week, the district will hold ceremonies for its other 16 comprehensive high schools in addition to its continuation schools.

"Tonight's graduates have faced certain significant challenges in the past four years, especially the past two years," KHSD Superintendent Bryon Schaefer said at Stockdale's ceremony. "They've overcome them all by virtue of their presence here tonight. They are ready for challenges that await them in the future."

After a year when so many senior social events never happened, commencement's light and breezy weather felt like a moment of grace for the Mustang graduates, who were dressed in gowns of black and silver.

Graduate Jeffrey Wood, like most seniors in KHSD, didn't return to in-person learning when campus reopened. So coming back on campus and seeing everyone for graduation felt "surreal" to him. But it was a good to see his fellow seniors, those people he had grown up with, on the verge of adulthood.

"It feels good to be able to celebrate," he said.

Wood missed out on the social aspect of school. He said a lot of his classmates struggled with the mental health issues caused by isolation. His mom, Dionne Wood, said it was a feat for them to overcome what they did to graduate.

"Getting to have this," she said, as she gestured to the graduation ceremony. "It's this sigh of relief."

Graduation is always a moment to celebrate the achievements of high school seniors but those achievements feel especially hard-fought after more than a year and a half spent in distance learning. Especially for students who Alexis Winn, who said school wasn't particularly easy for her before COVID.

"I am stoked," Winn said. "This year was ridiculously hard."

"This group of seniors has had the most difficult circumstances that I have witnessed in education and they have all persevered and will continue to meet the challenges of what lies ahead," Stockdale High School Principal Odin told the crowd.

He praised the class of 600 graduates gathered at Mustang Field. At some point, 400 of them had earned honor roll. Twenty-two of them were First in Class students, which meant they had earned a 4.5 GPA, the highest possible. And four students were National Merit Scholarship finalists, representing half of those who had qualified for the program in the county.

Commencement was a time for celebration, but also jokes. Student body leader Shanon Lee gave the address on behalf of students with a sentence that wouldn't have made sense in 2019.

"Since my camera is always off in Zoom, you probably don't know who I am," she said.

Lee told the senior class that because they had such a disjointed senior year, they should be commended.