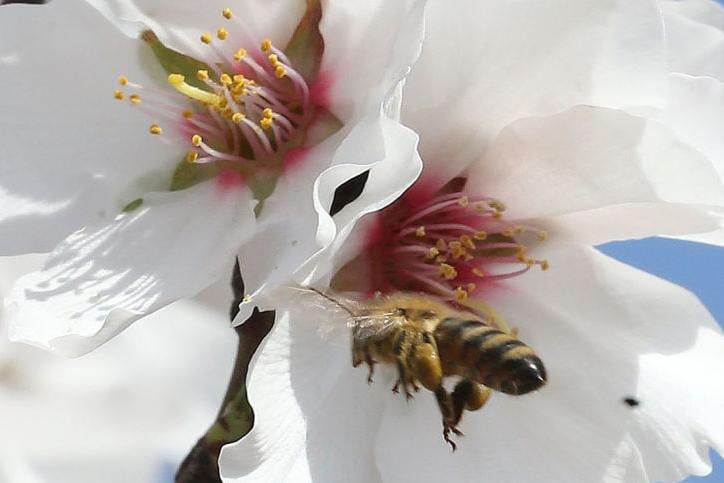 A honey bee works an almond orchard off Snow Road. 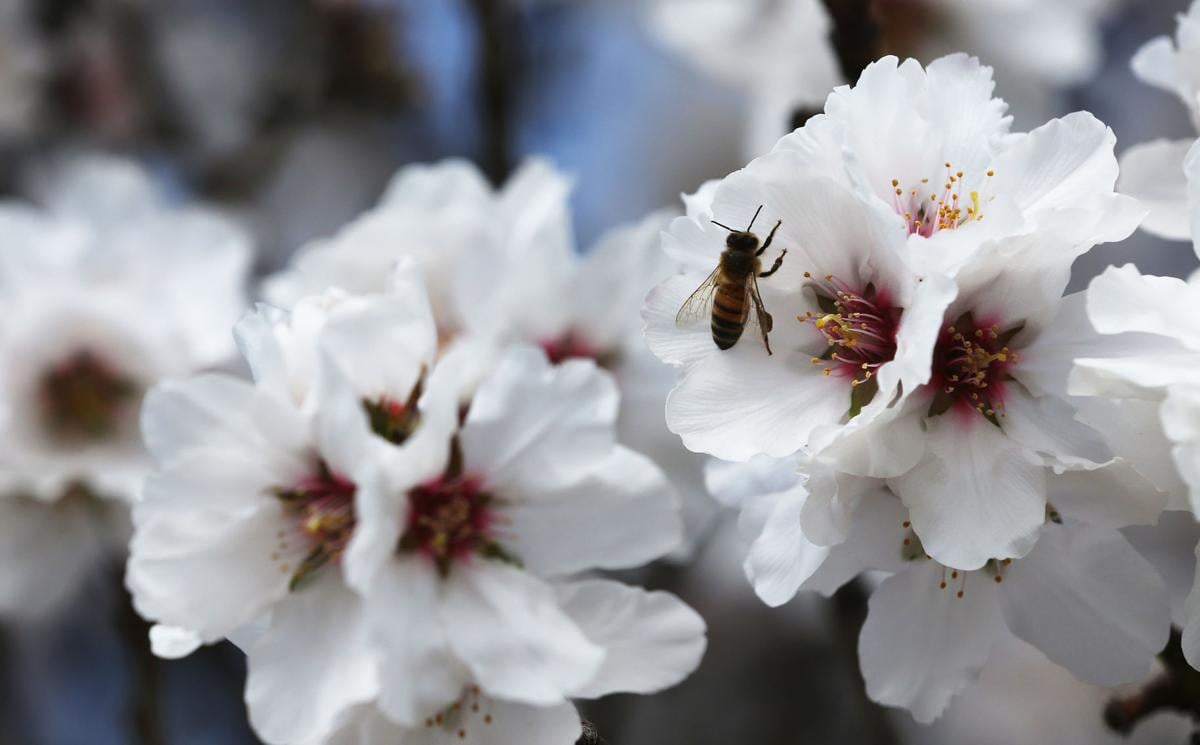 A honey bee works an almond field off Snow Road.

A honey bee works an almond orchard off Snow Road.

A honey bee works an almond field off Snow Road.

In an effort to better protect bees, state regulators are looking at new restrictions on the use of certain pesticides that have been valuable in helping protect California's citrus industry from a potentially devastating bacterial disease.

The California Department of Pesticide Regulation is taking comments through Oct. 11 on proposed new regulations affecting applications of a class of pesticides called neonicotinoids, or "neonics." They include chemicals by the names of clothianidin, dinotefuran, imidacloprid and thiamethoxam.

Neonics are commonly applied as a systemic pesticide to many crops. They are of particular importance to citrus growers trying to ward off Asian citrus psyllids, which are tiny gnat-like insects that can harbor an incurable citrus disease called Huanglongbing.

The proposed regulations wouldn't ban neonics outright but would limit when, where and in what quantities they could be used. Details of the proposed changes are available online at https://www.cdpr.ca.gov/docs/registration/reevaluation/chemicals/proposed_regulation_text.pdf.

Neonics have for years been considered a potential risk to honeybees that are key to Kern County's annual almond bloom, which draws almost 2 billion colonies from across the country. The concern is amplified by large bee die-offs in recent years, though some in the beekeeping business say the deaths may result from many other factors, including drought, mites and a shortage of mite treatments.

Shafter beekeeper and bee broker Mike Mulligan said neonics are, unfortunately, very effective pesticides. He said varroa mites are a much bigger concern for him, though other beekeepers might rank neonics as their bigger threat.

A study released in July 2018 by the state pesticides department and the California Environmental Protection Agency determined neonics threaten the health of bees, though it found the risk level depends on the circumstances of the chemicals' application.

“DPR is concerned about the potential ecological impacts to pollinators from pesticide exposure and we recognize the vital role that honeybees play for California agriculture," Val Dolcini, the agency's director, said by email Monday.

After the federal EPA proposed guidelines to protect bees, scientists at DPR pushed for additional mitigation measures to protect pollinators, Dolcini added. He noted the department has convened recent webinars to unveil and discuss the proposed neonic restrictions and that additional discussions with stakeholders lie ahead.

The head of the trade group California Citrus Mutual said the regulations as proposed appear unworkable for his members in that it would render them susceptible to Asian citrus psyllids and Huanglongbing.

"Impacts would be devastating," President and CEO Casey Creamer said. "We can't live with the proposals that are out there right now.”

But he emphasized the Department of Pesticide Regulation has demonstrated a willingness to listen to the industry and work out a sensible plan that responds to applicable science.

Anyone wishing to weigh in on the proposed restrictions may send a comment by email to neonics@cdpr.ca.gov or leave a voicemail message at 916-445-0003.

Editor's note: This story has been revised to state the correct deadline for public comments.

Experimental treatment could save California citrus

farmers just like to dump tons of junk on food and the land........ there are bio controls that they could make work if they had to....... https://www.freshfruitportal.com/news/2020/08/06/how-biocontrol-helps-fight-the-asian-citrus-psyllid/

Just wait to use pesticide after bloom drop,