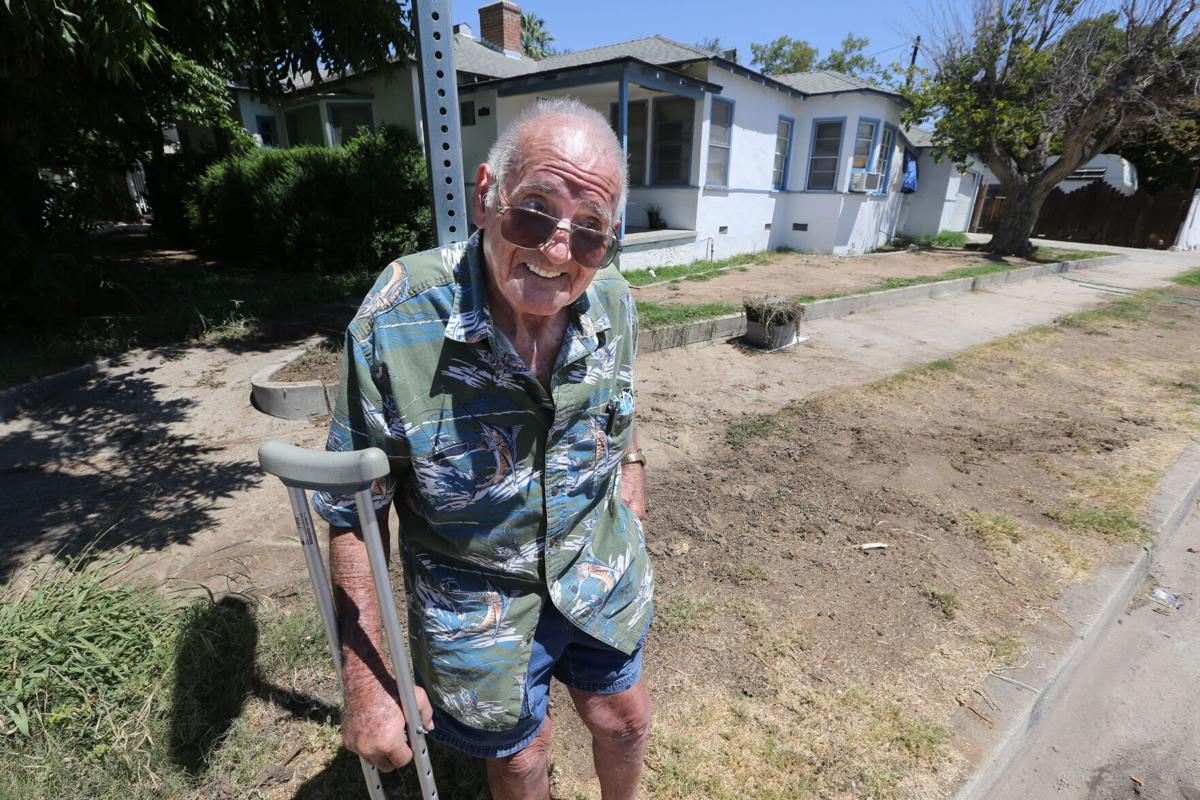 Don Bonnet has owned this home in the 1700 block of Diane Drive for ten years. He's tried for the last five months to remove squatters after his tenant went to prison. California's ban on evictions during the pandemic is making it harder for local landlords to eject squatters. 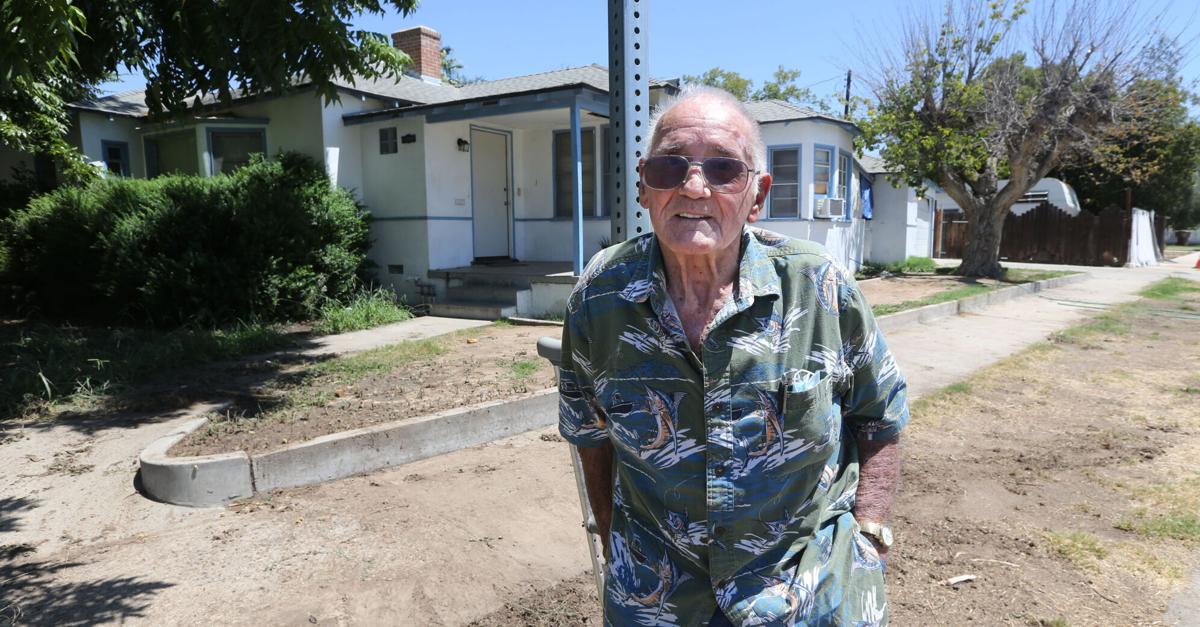 Don Bonnet in front of a home he owns in the 1700 block of Diane Drive. Recent months have seen the home become overtaken by squatters. 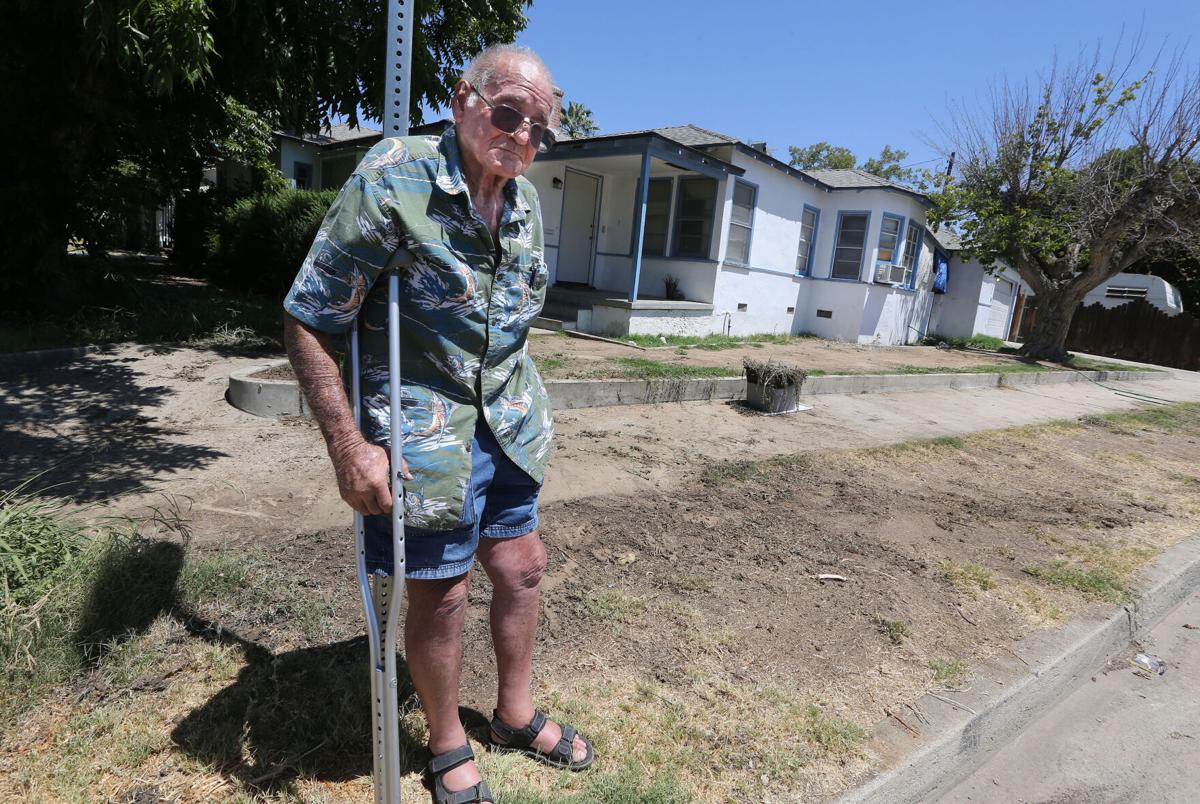 Don Bonnet stands in front of a home he owns in the 1700 block of Diane Drive.

Don Bonnet has owned this home in the 1700 block of Diane Drive for ten years. He's tried for the last five months to remove squatters after his tenant went to prison. California's ban on evictions during the pandemic is making it harder for local landlords to eject squatters.

Don Bonnet in front of a home he owns in the 1700 block of Diane Drive. Recent months have seen the home become overtaken by squatters.

Don Bonnet stands in front of a home he owns in the 1700 block of Diane Drive.

Less than a week passed between Don Bonnet's sudden loss of a tenant at his Oildale rental and his discovery, upon returning from medical treatment on the coast, that people he'd never met had filled the vacancy.

Bonnet called local law enforcement to have the new inhabitants removed from the house on Diane Drive, to no avail. Several months later they're still not paying rent and he's been unable to have them removed because of a moratorium on evictions during the pandemic.

"I don't know how many squatters are over there now," said the 82-year-old owner of five local rental properties.

People in the rental housing business say tenant protections put into place during the COVID-19 crisis are having the unintended effect of protecting trespassers who are able to convince law enforcement they have a right to reside at someone else's property despite not actually paying rent.

While squatting has long been a problem for local landlords, it normally takes a property owner no more than about three months to have trespassers removed. But during California's 4-month-old moratorium on evictions, the first evictions of any kind might not proceed until early next year.

That's especially hard on small-time, independent landlords who rely on income from a few rentals to pay their mortgages.

Property owners and their advocates say the central problem is that law enforcement officers have a tough time distinguishing legitimate tenants from squatters.

"If you say the right things to the wrong police they'll say it's a civil (courts) matter when it's probably not a civil matter at all," Bakersfield real estate professional Frank St. Clair said.

He recently took matters into his own hands after squatters moved their possessions into a place he was managing in a rural area. After they changed the locks and wouldn't leave, St. Clair said he brought a few men with him to forcibly remove them.

The squatters weren't around when St. Clair and his helpers arrived so he and the crew changed the locks and bundled up their belongings for delivery to the nearest dump.

Later that night neighbors called to say the squatters were trying to break back in. St. Clair said law enforcement was called and the alleged intruders were taken into custody on suspicion of trespassing and attempted breaking and entering.

"It really forced us to have to do something that we wouldn't have done in the past," he said.

Whether there are parallels to the situation on Diane Drive was unclear.

During a midmorning Friday visit to Bonnet's property, sounds were heard inside but no one responded to repeated knocks on the door and a reporter loudly announcing a visitor and requesting comment.

The house's air-conditioning was on and there were signs of recent yardwork. The front-door lock had been removed. A neighbor said he had not made contact with the new residents.

Squatting is closely related to Bakersfield's homelessness crisis as well as economic struggles that date back to the Great Recession and have only worsened during the pandemic, said Carlos Baldovinos, executive director at The Mission at Kern County.

The fact is, some people unable to make ends meet are doing what they can to get off the street, he said. While he doesn't condone squatting, and feels bad for landlords stuck in the middle, he also doesn't see the situation being resolved anytime soon.

"It's a tough situation all the way around," he said. "There's no win in this whole thing."

The evictions moratorium was put in place in late March to stop landlords and property managers from removing legitimate tenants who have fallen behind on rent payments because of the economic damage brought on by the pandemic.

Real estate lawyers say a roadblock exists with the court system. They can file paperwork to begin an evictions process but, under an emergency order by the California Judicial Council, courts will not issue a summons required to move the process forward.

While the moratorium is expected to expire Sept. 30, it remains unclear when evictions might eventually be allowed to proceed. Observers say Jan. 1 appears to be the soonest anyone, squatters included, will have to move out.

"The eviction moratorium will not be going away anytime soon, and it does create this void of knowing how to get someone out of your property," said Bakersfield real estate agent Jeanne Radsick, president of the California Association of Realtors.

She said local Realtors have worked together with the Bakersfield Police Department on recommendations for reducing the incidence of squatting. Her advice, based on that cooperation, was that owners of vacant residences post signs that say "No loitering / trespassing" and cite two applicable state penal codes, 602 and 647G.

Bakersfield lawyer Dixon Kummer said one of the main obstacles to ejecting squatters is false documentation. When law enforcement receives a report of unauthorized inhabitants, he said, squatters are often able to avoid detection by presenting bogus rental agreements. He said some are sophisticated enough to include the name of the property owner, which can be obtained by searching public records.

Spokesmen for the Bakersfield Police Department and the Kern County Sheriff's Office said officers and deputies are able to remove squatters when there are clear signs trespassers are on the premises illegally, such as a stolen shopping cart sitting in the yard.

But they said if there's room for doubt — if an inhabitant produces a realistic-looking legal document, for example — then law enforcement officers generally leave it up to civil court proceedings to sort things out.

"Making the wrong call on that could eventually come back to the officers, so it's something you want to make sure you're clear on," BPD Sgt. Robert Pair said.

"Deputies on the street often can't make that decision on the spot," he said.

Kummer said, and St. Clair agreed, that health and safety concerns can sometimes be sufficient grounds for law enforcement to remove squatters.

They said if there's no heat on and the residents are using an incendiary device to keep warm, for example, or if there's no running water, then the situation can be viewed as a violation of public health standards.

"Because of the moratorium issued by the governor (Gavin Newsom) you have to go in and show that squatter is somehow violating public health and or public safety by what they are doing," Kummer said.

This property is in my neighborhood. Trash cans and shopping carts full of trash have been sitting out on the street for weeks. The juvenile delinquent uses a loudspeaker at 5:30am to m.j ake loud and annoying sounds. They have addition tweezers living in a 5th wheel in the yard. It's a shame.

Doesn't the moratorium prrotect those with legitimate rental contracts? It shouldn't be used as a shield for tresspassers.

Anyone know Mr. Bonnet or the address where this house is? I think the community needs to all come together and help this man. I would love to talk with the owner.

There is something strange here! If there is no signed lease agreement ,then the squatters are trespassing and thus the law has to remove them. And then if they are trespassing the owner could claim burgers and shoot them if the law wants to sit on their tails and do nothing.

This sounds like a "training film" for would-be squatters.

For all the people here who love their concept of protect your property rights with guns, I can't understand this article.

It would be shame if the air conditioning, maybe the electric panel, water & sewer lines all had sudden maintenance needs....

If you know they are squatters and not delinquent tenants, turn off the utilities. Health codes will rise from that.

Why is it, illegal activities such as "squatters", illegal immigration, rioting, looting and arsonist have more rights that a law abiding citizen?

You can thank our corrupt judges and lawyers and the ACLU. The best way to change the system is to boycott jury duty. If everyone when you show up for jury duty and tell them how corrupt they are , they will never be able to get a jury trial.. Throw a wrench the system. May every judge haves member of their family die a murderer.

To show how messed up our system is. Google - the Florida Fishing murders. The Judge should be sued by the murder victims families. Can’t believe anyone Judge with any common sense would have allowed the shooter out on bail for a pending case considering his criminal record. May that Judge dies horrible death.😡

Short of that, beginning posting bills for normal rental 'failure to pay' on the doors and gates. Are they afoot . . . ! Any stolen, non-DMV cars nearby . . . ?

real estate professionals should do very well as this pandemic continues .....ruthless instincts..

That man needs some help from 3 or 4 bug bubbas to pay a visit to his squatters.