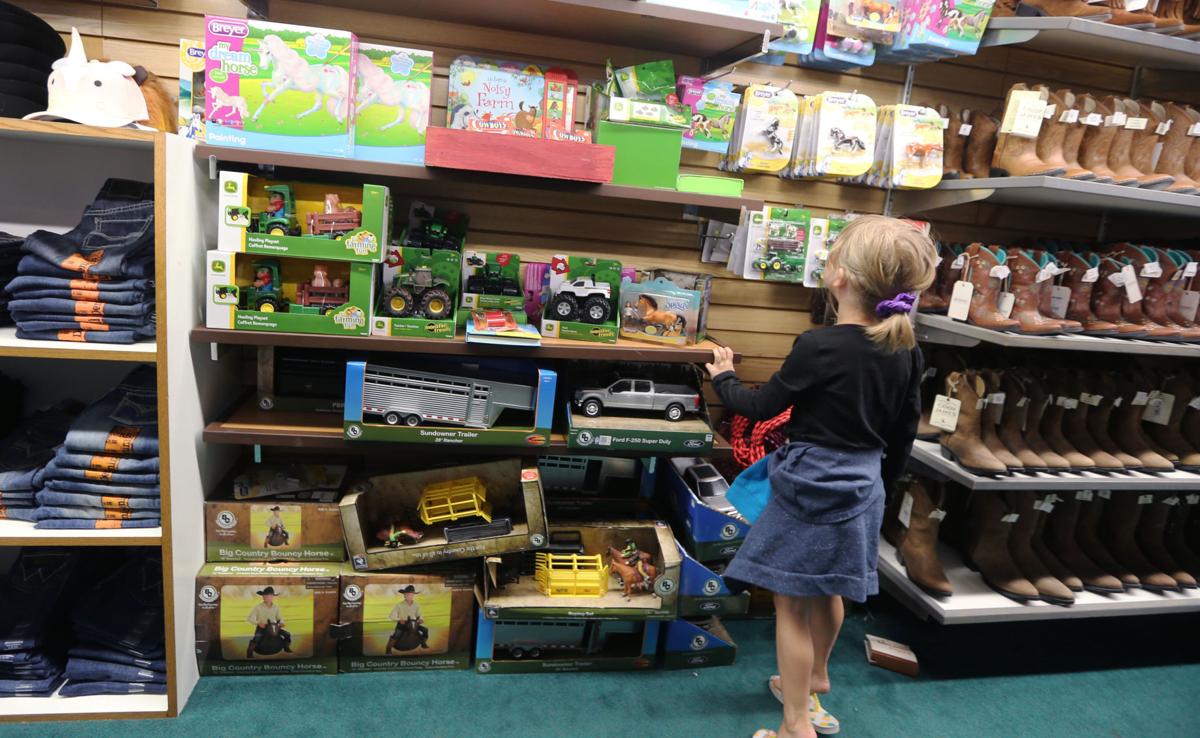 Six-year-old Avery Ebert checks out the toy section at the Boot Barn while her mom shops for socks Monday afternoon. 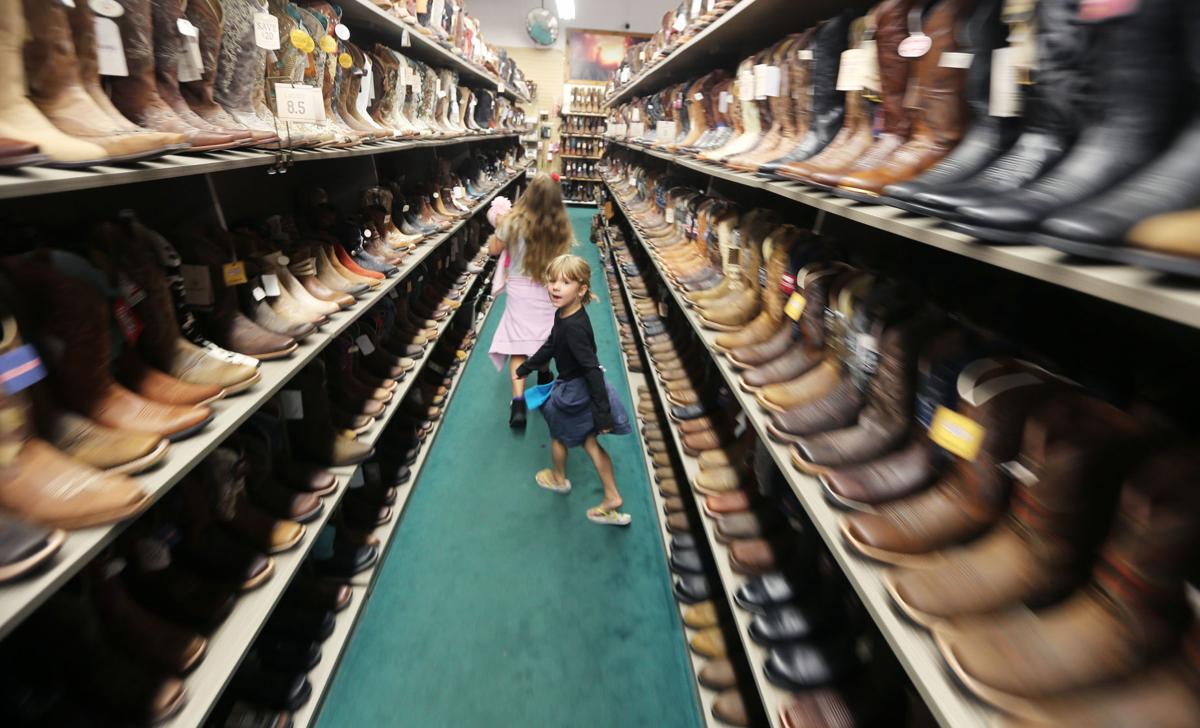 Six-year-old Avery Ebert catches up with her sister Britney, 9, to check out the toy section at the Boot Barn while her mom shops for socks Monday afternoon. 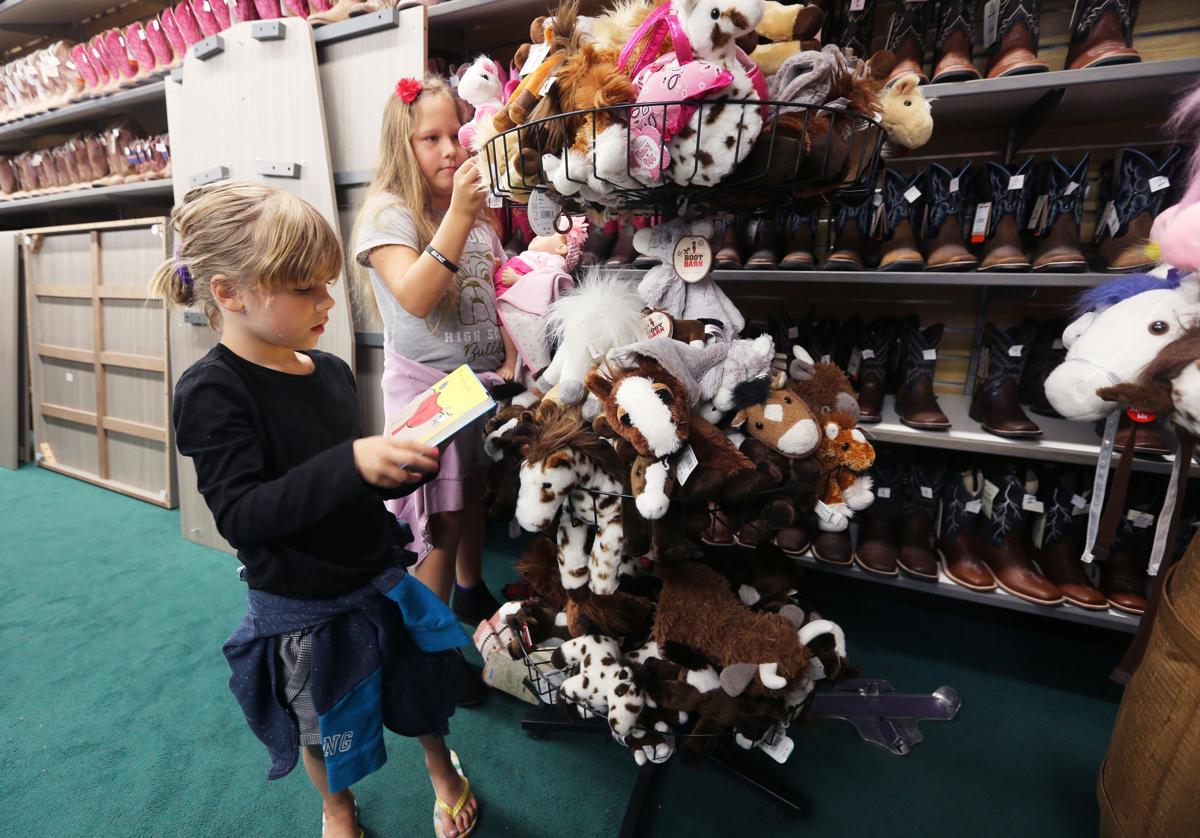 Six-year-old Avery Ebert checks out the toys with her sister Britney, 9, at the Boot Barn while her mom shops for socks Monday afternoon. 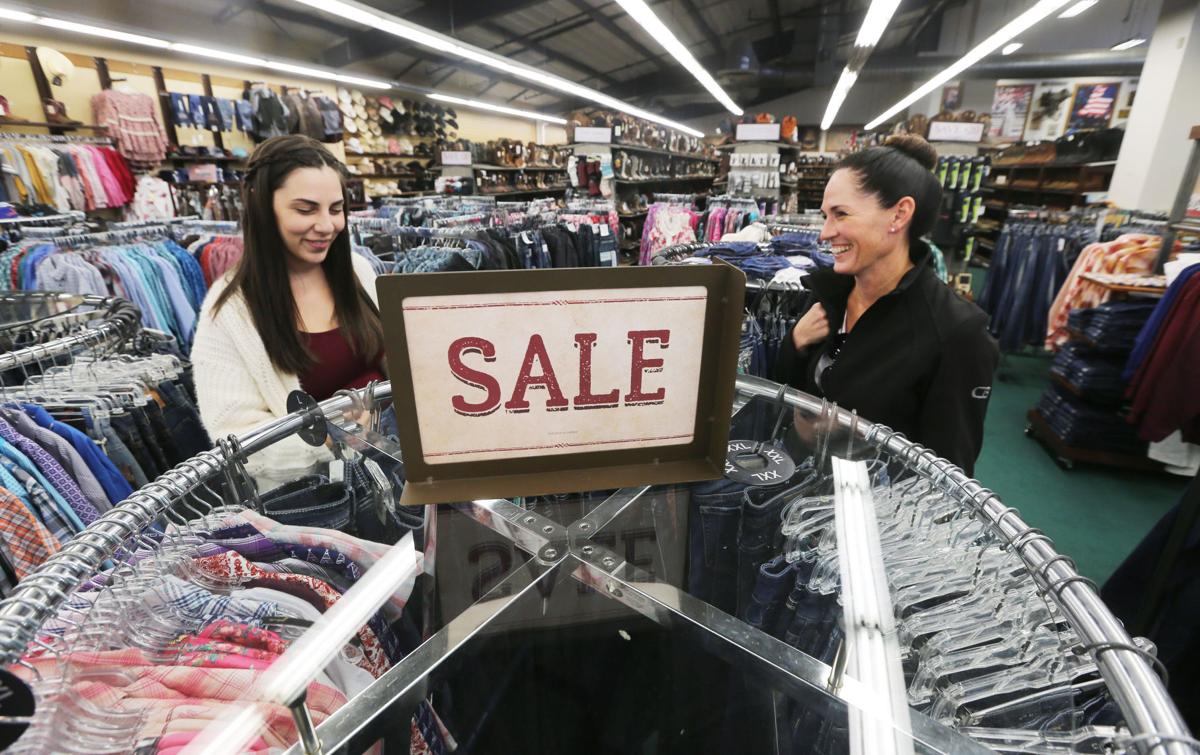 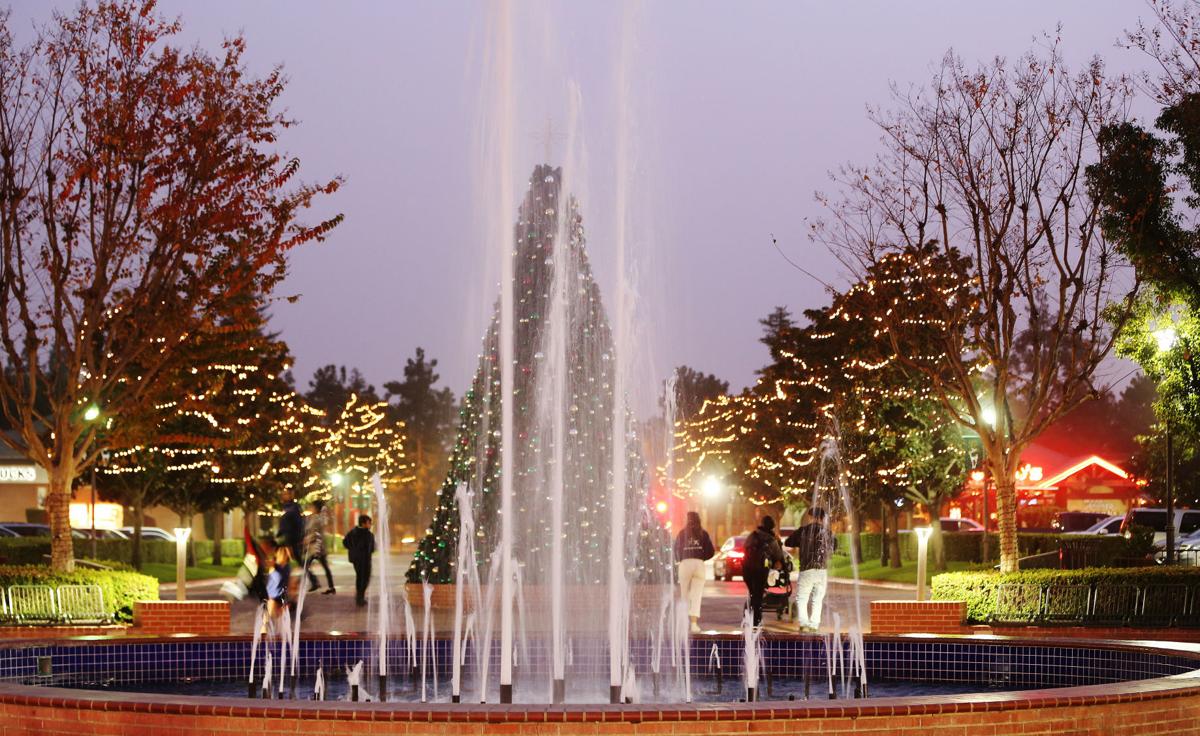 Patrons of The Marketplace pass by the fountain and Christmas decorations Monday evening.

Six-year-old Avery Ebert checks out the toy section at the Boot Barn while her mom shops for socks Monday afternoon.

Six-year-old Avery Ebert catches up with her sister Britney, 9, to check out the toy section at the Boot Barn while her mom shops for socks Monday afternoon.

Six-year-old Avery Ebert checks out the toys with her sister Britney, 9, at the Boot Barn while her mom shops for socks Monday afternoon.

Patrons of The Marketplace pass by the fountain and Christmas decorations Monday evening.

A turning point years in the making may finally arrive this shopping season as recent surveys show more consumers plan to do their shopping online rather than head out to malls and "brick-and-mortar" stores.

Both shares represented a 4 point change from 2017's and 2018's results, the company reported, with online shopping up that much and in-store buying down by the same degree.

The findings are in line with other studies pointing to the same general conclusion — that brick-and-mortar shopping may not be going away entirely but the balance continues to shift as a result of younger people's preference for the convenience of e-commerce.

"The fact that online gift-buying has overtaken in-store purchases this holiday season is a milestone in the online marketplace and speaks to consumer preferences in terms of selection and convenience," Beau Brunson, Consumers' Research policy and regulatory affairs director, said in a news release Monday.

The change comes as no great surprise. Retail forecasters have long predicted e-commerce's rising fortunes, which have profound consequences for local retail development and the fate of local stores.

But on a personal level, the trend is not so clear-cut. Local shoppers are divided, even as individuals, on whether to shop by computer or venture out to their favorite stores.

Sheila Kendig, for instance, said she has quite a lot of shopping to do this holiday season for her grandchildren and great-grandchildren. The Bakersfield retiree noted she's always checking prices, and that sometimes the better deals are in stores.

"I do half and half," she said, meaning she divides her shopping evenly between e-commerce and brick-and-mortar.

Michael Gutcher, though, plans to do his shopping entirely in stores this year. He said he likes to see things in person before making the decision to buy.

"I operate better that way," he said.

Which mode shoppers choose has huge implications for the retail world, which has wrestled mightily with the changes of e-commerce. National clothing and toy-store chains have suffered multiple closures, as has the historical king of retail, Sears, whose former space at Valley Plaza mall remains vacant nearly a year after the company pulled out.

Consumers' Research said competition from online stores like Amazon is probably why stores launch Black Friday sales long beforehand. (Black Friday refers to the day after Thanksgiving, considered the biggest shopping day of the year, when retailers' finances finally get "into the black.")

Results from a survey by global logistics firm DHL suggests retailers are optimistic that figure will increase again this year. It said more than 70 percent of respondents anticipate greater e-commerce sales than last year, when such optimism was a little higher, with 78 percent predicting revenues would surpass 2017 totals.

More than half (54 percent) of Americans worry their deliveries will be stolen, the company found. It said 42 percent of consumers avoid buying certain items because they worry they'll be stolen.

But such worries aren't enough to prompt a wholesale change in online shopping habits. Digital engagement platform Leanplum found in a recent study that 95 percent of U.S. consumers plan to buy half or more of their gifts online this year.

Bakersfield student Martha Olague isn't one of them. She said she has already done some holiday shopping at the mall this year. But, generally, she does about half her shopping online, she said.

The 20-year-old also disclosed another important detail: She plans to spend somewhat less on gifts this year than last — and not because she has less money.

"This year I learned to, like, manage and save," she said.

All Target stores in Bakersfield

Saturday and Sunday: 8 a.m. to midnight

Daily from 6 a.m. to midnight

The madness of Black Friday may have died down since stores started debuting their doorbuster deals on the evening of Thanksgiving Day, but th…