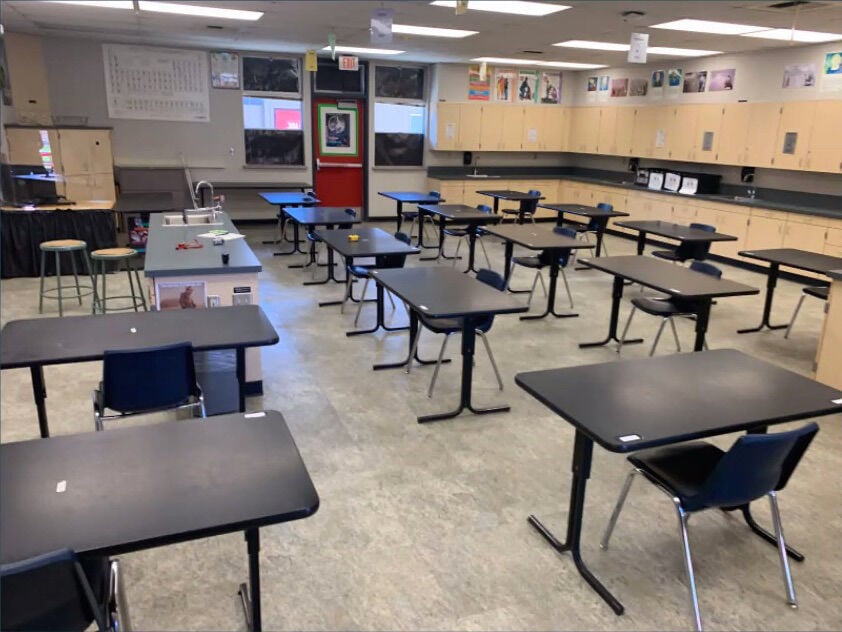 This is what a middle school classroom will look like when it opens up for in-person classes at Rosedale Union School District. 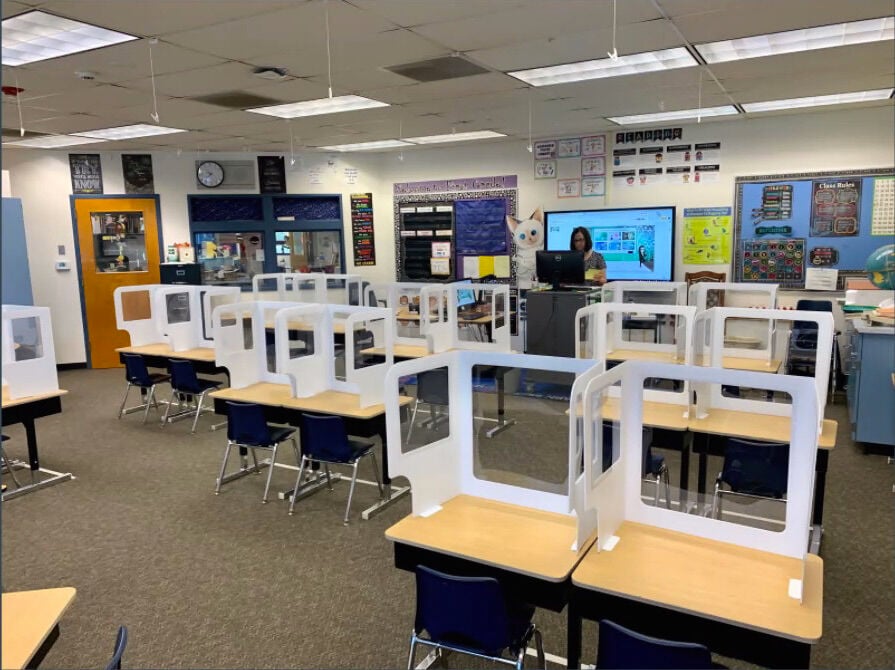 This is what an elementary school classroom will look like when it opens up for in-person classes at Rosedale Union School District. Kathy Metcalf teaches a virtual class while her classroom is prepared for in-person learning. 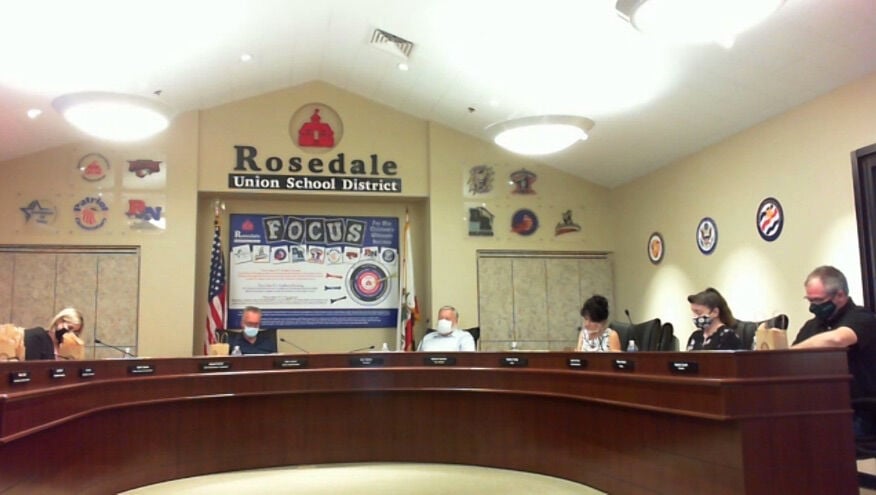 Trustees at the Rosedale Union School District voted to give the superintendent authority to open for in-person learning on Tuesday.

This is what a middle school classroom will look like when it opens up for in-person classes at Rosedale Union School District.

This is what an elementary school classroom will look like when it opens up for in-person classes at Rosedale Union School District. Kathy Metcalf teaches a virtual class while her classroom is prepared for in-person learning.

Trustees at the Rosedale Union School District voted to give the superintendent authority to open for in-person learning on Tuesday.

Kern County remains in the Purple Tier, which is the most restricted because of its COVID-19 rates, but once it moves down to the less restricted Red Tier, schools will be able to open for in-person learning. Schools that open in the Red Tier will be allowed to stay open, even if they drop back down to the Purple Tier. That gave Lemon’s proposal to the board a sense of urgency.

“We want to be ready, throwing our flag down on the ground saying that we’re open,” Lemon told trustees at a special meeting.

The district has special education students coming back Oct. 12 and they're preparing classrooms for students now, so they could begin bringing back students soon. Lemon also said they're considering a waiver for grades K-2 in the meantime.

Lemon presented a plan to trustees who were eager to see students back in schools. After some discussion, they ultimately voted to give her and her staff leverage to handle the rollout as they saw appropriate.

Board president Gary Moore had concerns about whether teachers might feel taxed teaching students in a classroom setting and at home at the same time, especially if some students remained at home in distance learning. He said the district has already lost teachers who weren’t happy with the strain of distance learning.

“I don’t know if I agree with distance learning for those who want it when we’re in the business of educating students,” he said.

Lemon said the district had a duty to continue teaching students at home who might, for instance, be at home quarantined.

She said that it will be difficult to know exactly what the return-to-school plan will look like until they’ve reached out to all their families. The district may have some teachers focus on distance learning who want to, some teachers may continue to juggle all the students in their class and the district might consider hiring new teachers just to do distance learning, she said.

She emphasized she didn't want to push teachers into anything beyond their capabilities, but said some teachers have told her they do want to keep reaching out to students whether they're at home or school.

In her presentation, Lemon suggested a gradual phase-in of students to get them gradually used to their classrooms which look different — new habits that include temperature checks and mask-wearing, new schedules and new procedures for coming on campus. She proposed starting with the youngest grades and gradually introducing new grades all the way up through junior high.

She showed off what the new classrooms would look like. Desks have been spaced six feet apart where possible or there are desk carrels or shields. Third through sixth grade students would be using desk shields that would remain in place at their desk. She suggested that the district consider asking seventh and eighth graders to wear shields in addition to masks since bringing desk shields from class to class would not be feasible.

Lemon discussed whether to consider a model where students came in on rotating days or half-days. Elementary teachers overwhelmingly voted for a half-days and middle school teachers narrowly wanted rotating days, but pointed out that putting the two on different schedules could cause problems.

Either way students in each class would be broken up into two cohorts. In the lower grades, these groups would have 12-14 students. And in grades 4-8, they would have 14-16 students.

Edison School District, a two-school district on the eastern edge of Bakersfield, has been granted a waiver to open by the county’s public hea…