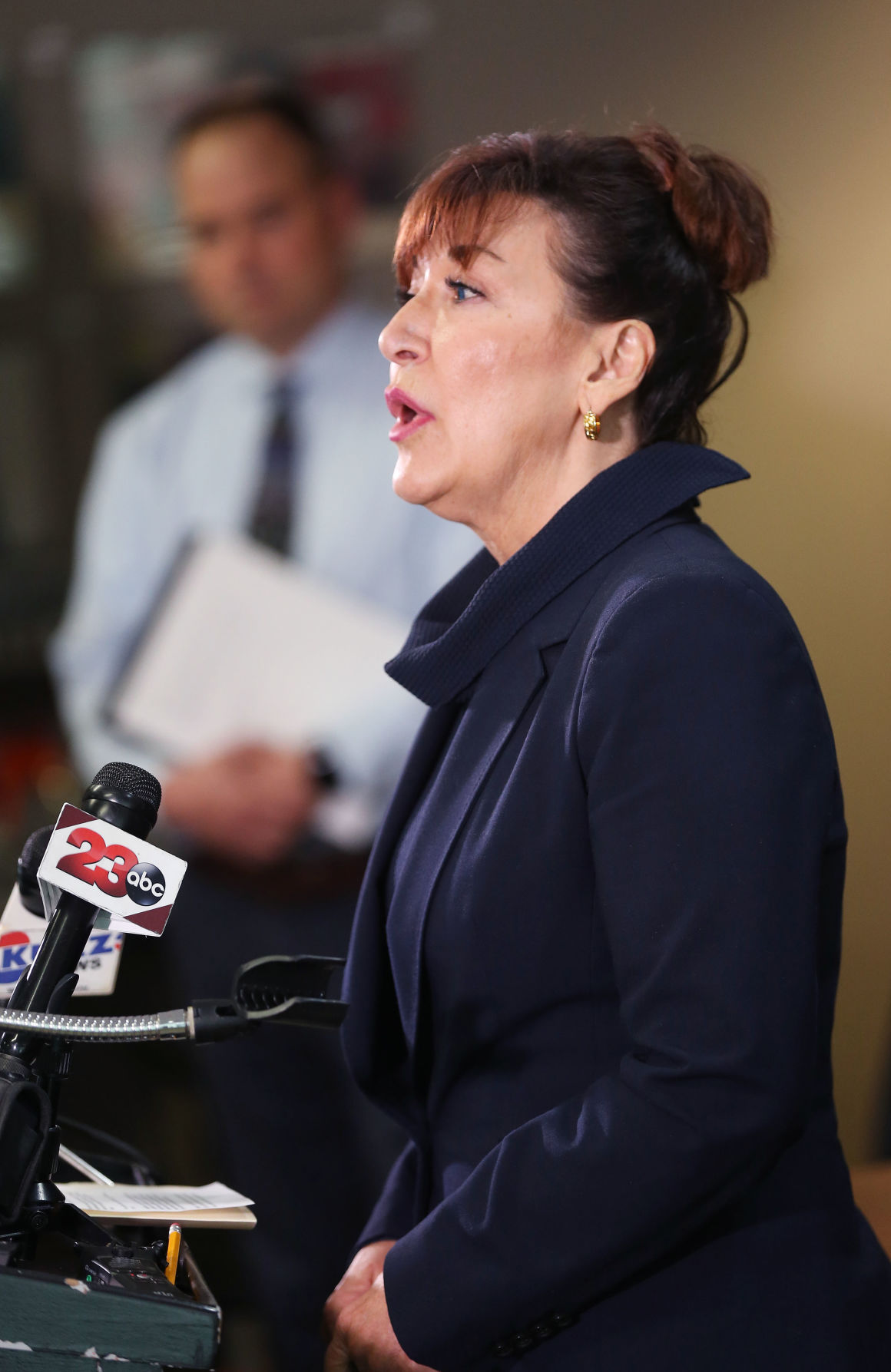 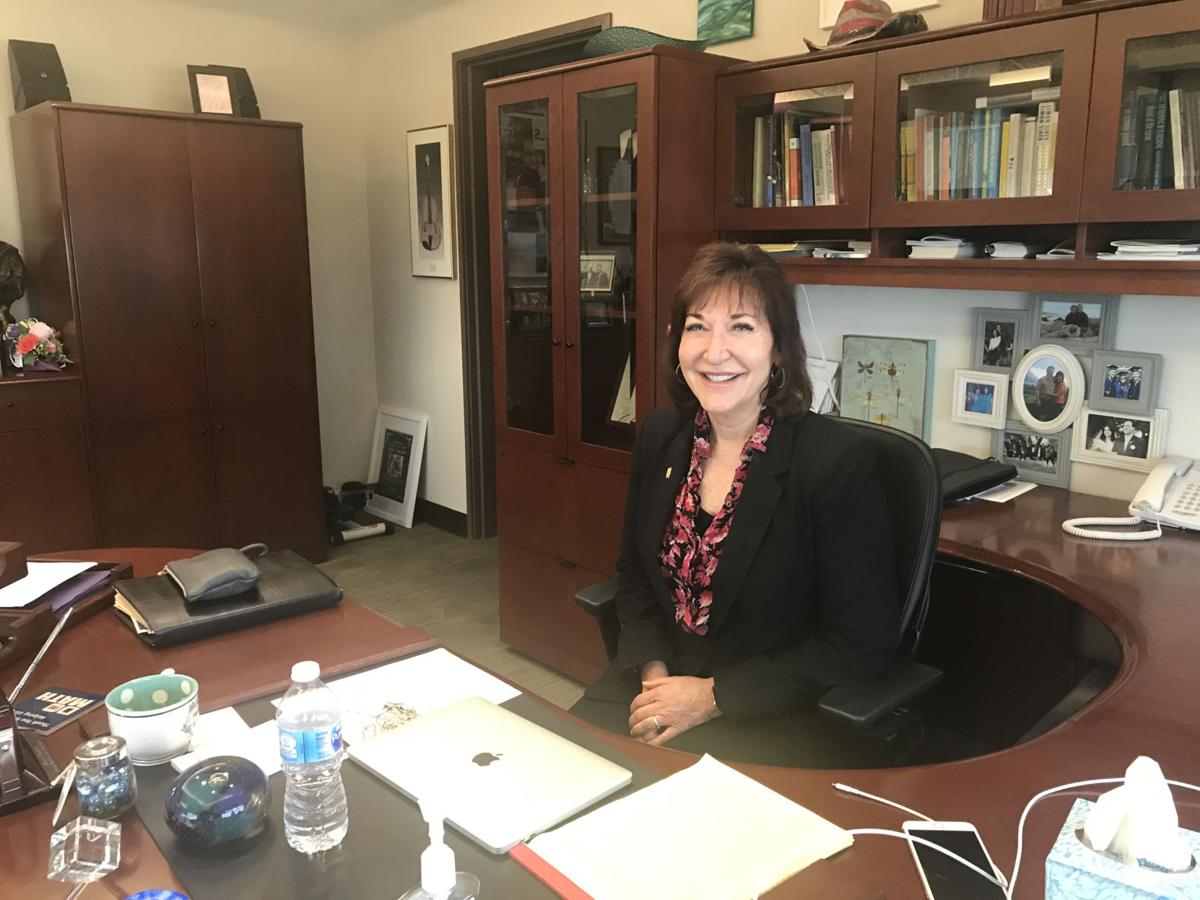 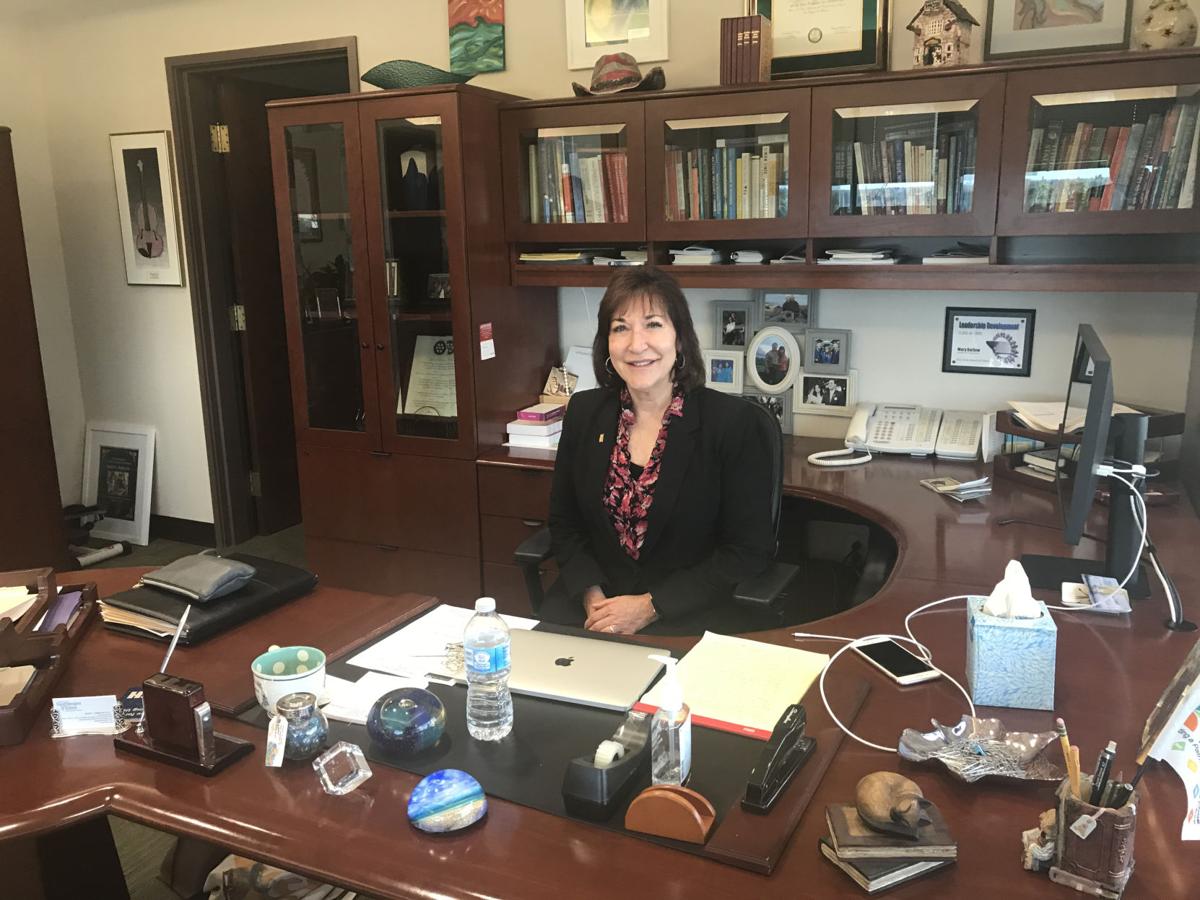 Until a month or so ago, Mary Barlow could’ve said she’d seen all this before — the poverty, the uncertainty, the disconnectedness. She’d lived it as a child and she’d witnessed it as a grade-school teacher trying to understand how in America a boy can walk to school every day in footwear with as much duct tape as actual shoe.

Then this happened. This science fiction movie. This health crisis of a type we once thoughtlessly, routinely, dismissed as Third World.

A great equalizer has descended upon us, and now we struggle with the most basic of hierarchical needs: not just our health, not just our food, but our sense of physical and psychological belonging.

Coincidentally, those are some of the same concerns of a 21st-century school superintendent serving a poverty-challenged population. A superintendent like Barlow, for example.

Those priorities have taken on a new urgency now that the COVID-19 pandemic has driven students back into their homes — some of them with the resources and family support structures to continue learning effectively and eating healthily, and some without.

Kern County is one of the nation’s poorest places; a third of its 190,000 K-12 students live below the poverty line. The directive that they transition to online learning, en masse and overnight, carries the kind of daunting urgency that hearkens back to the first moonshot.

Tens of thousands of local students lack devices, such as laptops, to access the coursework teachers in Kern County’s 47 school districts will be uploading for them from now until this crisis abates, whenever that may be. Tens of thousands have no internet connectivity. And a substantially overlapping group have neither the devices nor the connectivity. But how many, and where are they? Barlow's team has been working furiously to find out.

Which is something Barlow wanted to know anyway. In a very real sense, this health, economic and logistical emergency is furthering that goal.

Fortunately, Barlow has benefited from what she calls unprecedented collaboration and resource sharing among the county's nearly four dozen districts. They all worked well together before, but now this.

“This is just accelerating something that would happen naturally, in my mind,” Barlow said last week from the fifth floor of her eerily empty 17th Street building in downtown Bakersfield. “There is an opportunity here for us to look at what distance learning looks like. ... And so we are just accelerating that (challenge), pushing the envelope at warp speed, because we absolutely need to keep educating our children.”

There’s no way to accurately extrapolate from the number of Kern County children in poverty — perhaps 60,000 — precisely how many lack the tools, broadly defined, to bridge this health crisis from a safe distance, but Barlow’s team, led by technology task force captain Anthony Davis, has spent the past few weeks, and the past seven days in particular, looking for those children and equipment to serve them.

“We’ve had folks on different floors (of KCSOS headquarters), over the weekend, coming together from across (school) districts and across our own County Office of Education, working 12 and 14 hours a day to figure this out,” Barlow said. “Then taking their laptops home with them and doing additional research. Reaching across the country to connect with vendors ... to deliver this (package of resources) to the kids of Kern County.”

That has meant, among many other needs, ordering 5,000 Chromebook laptops through Costco and 2,000 AT&T “mi-fi” internet hotspot connections, at a cost of many hundreds of thousands of dollars. Another great cost: Sleep, as in not enough.

“We are working on now finding philanthropists who will help us pay for these, but in the meantime we're paying for it just to expedite this thing and get it going,” Barlow said.

They’re getting there. Thirty-six of the county’s 47 school districts have reported their equipment needs to the KCSOS.

This, in an environment where virtually every school district in America — in the world, most likely — is hot in the pursuit of some of the same resources.

In addition to the mobile hotspot distribution, the KCSOS will make use of wired buses, which would park in different neighborhoods long enough for students to download and upload homework assignments each week. The Kern High School District has 15 such buses, and the KCSOS six — and it is looking to outfit seven more.

In addition, the county of Kern has several hotspot devices mounted in mobile carts that can be deployed in various locations around the county, perhaps in parks or other drive-through areas.

A face-to-face experience for teachers and students is one of the objectives, and Barlow thinks the KCSOS can pull it off by creating virtual classrooms — each using an on-screen matrix that shows the face of every student.

“You know how important it is for those kiddos to see their teacher or their colleagues — their peers, their other friends, in their classroom?” she said. “Can you imagine seeing everybody's face up on the screen after you've been away from your class for a long time?”

Barlow is as concerned for the high achievers, who as a group will almost surely find their way out of this, no matter how desperate things get, as she is for the most destitute. But it is the latter group with whom she most closely identifies.

Barlow, the eldest daughter of a paranoid schizophrenic but loving father and a mother who was at times hard-pressed to keep it all together, grew up in poverty herself. The family of four moved often, all across the country, and made do with what they had.

Some attach descriptors to themselves that reflect ethnicity or race. Barlow, Italian-Irish with traces of assorted “other,” prefers this: “Resourceful.”

“We had times where we had a roof over our head and food on the table and, for me and my three sisters, it was great,” said Barlow, 57. “And there were times when it was whatever we had on our backs. We’d jump into the vehicle ... and we’d move.”

That sort of raising was an education unto itself.

“I would be the one who answered the phone when the bill collectors would call. I know what ‘repossession’ means. I definitely know how to pawn things. I'm very familiar with how to stand in the commodity foods line and get those big ol’ blocks of cheese — I still love them today. I was the oldest — I could make dinner with masa harina, make my own tortillas, use that free commodities cheese and peanut butter, and get you through a week without any problem.”

She saw much of the same sort of poverty in the Kern River Valley, where she taught grade school for five years.

“I was an account executive with Pacific Bell down in Southern California and then we moved to Kernville. ... When we arrived, I looked around and said, “Well, I don't think I'm going to be working in the telecommunications field any longer.’ So I went back to school (at Cal State Bakersfield) and became a teacher.

“I noticed that children were coming to school wearing just T-shirts during the winter, coming to school with their shoes duct-taped together so the soles would stay attached. They hadn’t eaten — their last meal had been the day before, at school. I was observing great need in my ... third-grade classroom.”

Seeing that need prompted her to write a successful Healthy Start grant proposal, and a third career was born — education administrator. She earned her master's and Ph.D. at the University of La Verne, and off she went.

In 2017 she succeeded Christine Lizardi Frazier as county schools superintendent and set herself to the task of continuing Frazier’s work bringing Kern County’s poverty-compromised population into the mainstream. She oversees, in some fashion, 278 schools and 80 sites throughout Kern County that provide support for specific at-risk and special-circumstance student populations, as well as preschools and Valley Oaks charter school.

She thought she had seen every possible challenge — not just outrageous poverty but also bullying, in-home abuse, sex, drugs, violence and general dysfunction.

“We have this immediate crisis, which will hopefully be shorter rather than longer in terms of when we emerge from it,” Barlow said. “Ultimately, we will be better than we were when we started — absolutely we will.

“We will be better at knowing how to use technology for instruction, even if we're uncomfortable with it (now). How we work, how we interact with one another, how we provide social supports and how we provide consult for all the support services that normally would be delivered at the school site. We will be better when this is over.”

Two weeks into the crisis, the county schools office has made great strides. But there’s more work to be done. Much, much more.

Barlow, thanks to a willing and able team, intends to get there. She can sleep later.

Robert Price is a digital editor and broadcast reporter for KGET-TV. His column appears here on Sundays; the views expressed are his own. Reach him at robertprice@kget.com or via Twitter: @stubblebuzz.

Being away from school and navigating distance learning has been tough for many students, especially those who don't have internet connectivit…

Some folks are not appreciative of the situation. I'll confess right now to a public school education but I do also know that as an educator she knows

"what-of-she -speaks". If, in fact, we as a nation are going to be on hiatus for 2 months, she is doing what she can to maintain a level of learning for all of the kids.

Parents should be working hard to help their kids practice the discipline it takes to focus on studies while all the while, they want to appreciate the fine, sunny weather. Our best bet is to support this effort being made with an emphasis on getting the computers back.

How can someone like you with a third grade education cast aspersions on a person's doctoral degree. When you obtain you doctorate, come back and compare your academic experience.

really!!!.... lets just take one step at a time...shouldn't we be making sure things calm done....before there is any more talk about mobile Wi-Fi... Mary seems be suffering from Betsy DeVos Detachment Syndrome