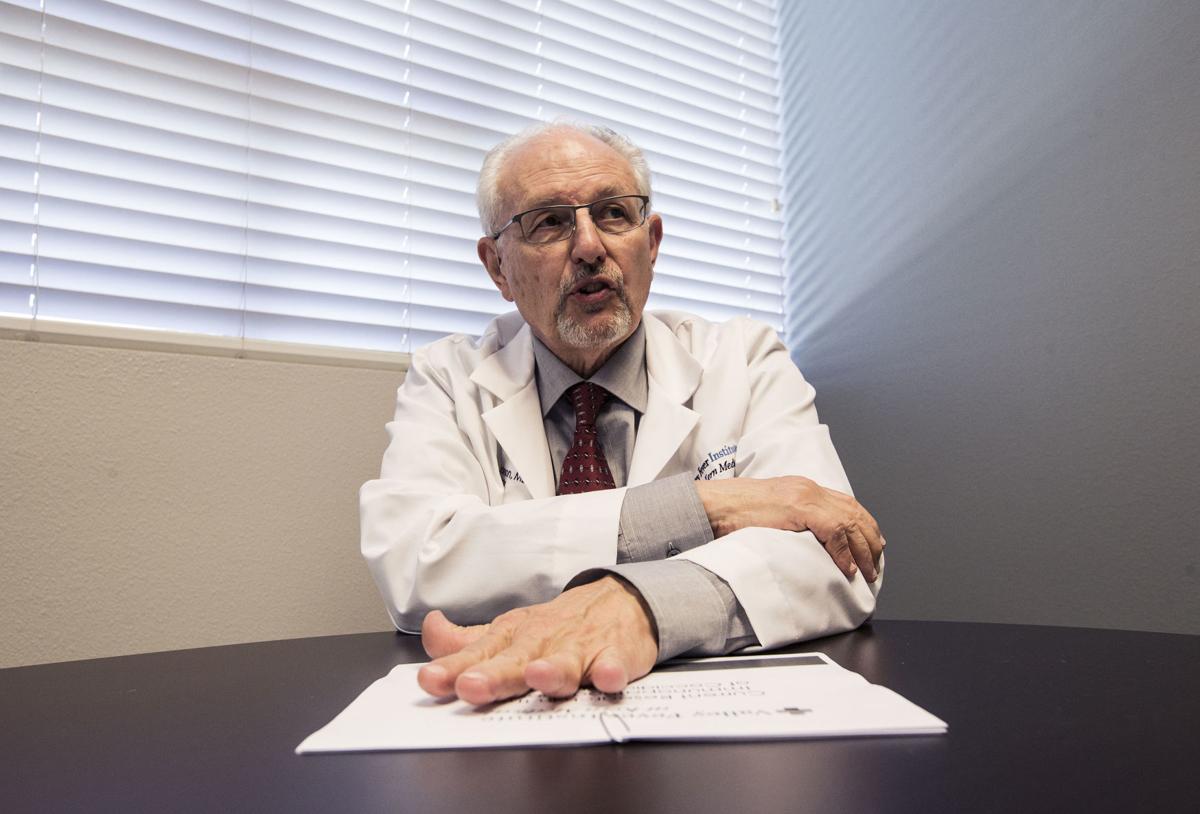 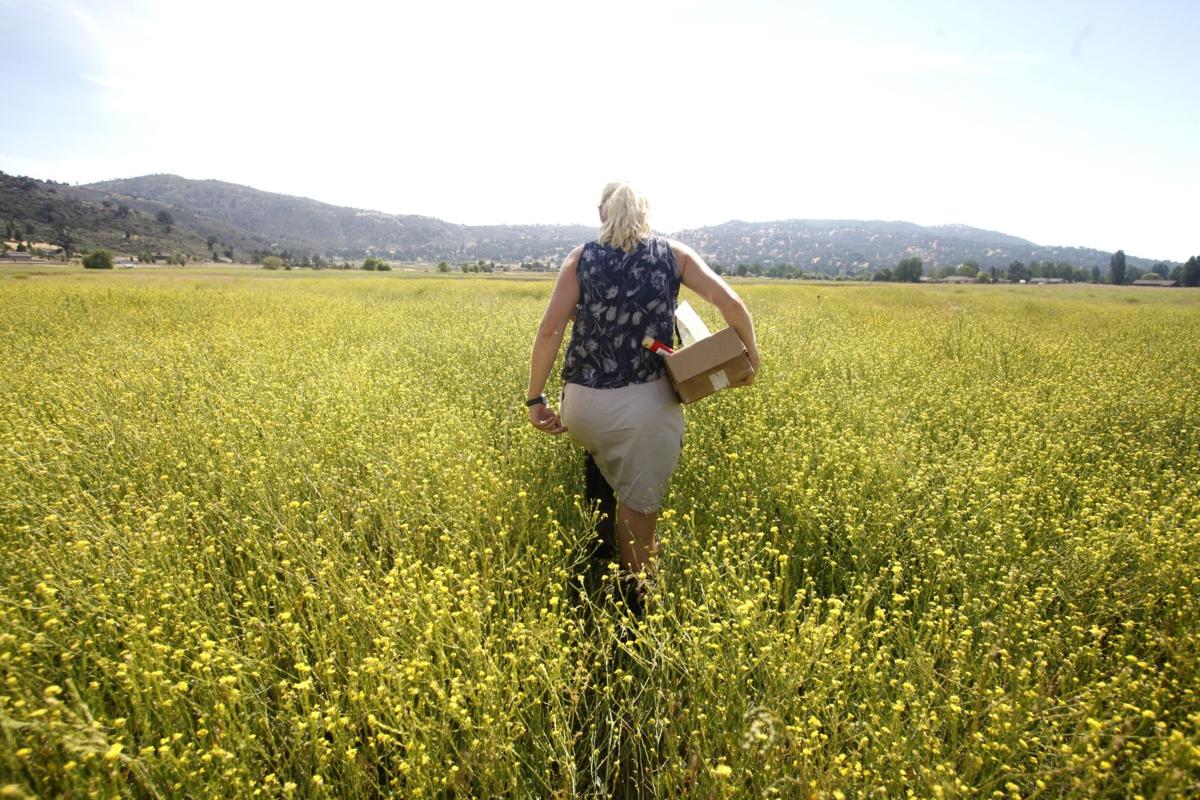 In this file photo, Cal State Bakersfield microbiologist Antje Lauer wades through mustard plants in Bear Valley Springs to get to the third and last site of the day where she will collect a soil sample. 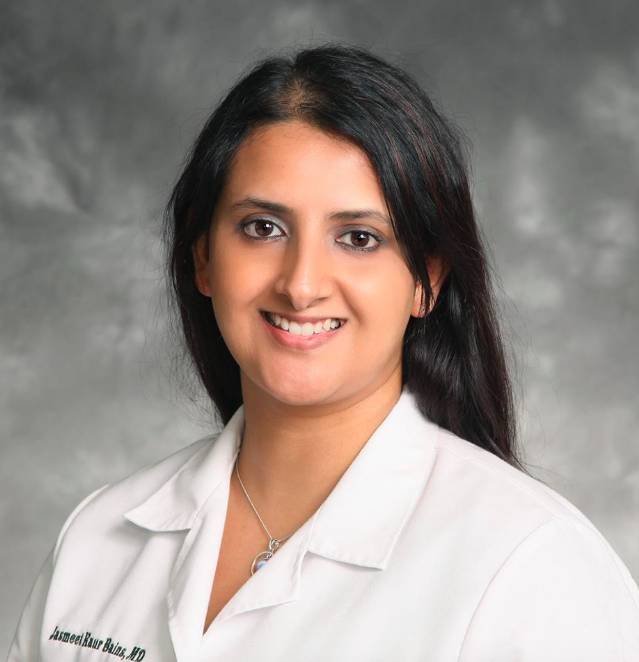 In this file photo, Cal State Bakersfield microbiologist Antje Lauer wades through mustard plants in Bear Valley Springs to get to the third and last site of the day where she will collect a soil sample.

Anyone who spent time near Ridgecrest during July's earthquakes and is experiencing flu-like symptoms — cough, fever, even rash and extreme fatigue — might want to get tested for valley fever.

There's room for doubt, but local researchers have sounded an alarm about the possibility that soil disturbed during a quake-induced landslide in eastern Kern released disease-carrying spores — and that this may have created a toxic dust cloud of concern for residents and first responders.

Such a thing was unheard of until 1994's Northridge earthquake. But a study published in the Journal of the American Medical Association in March of 1997 concluded the location and timing of a valley fever outbreak near Northridge in the two months after the quake "strongly suggest" the cause was dust clouds generated by the earthquake.

That finding was enough for local researchers Dr. Jasmeet Bains and Antje Lauer. After the recent quakes in eastern Kern, they went to the areas of Ridgecrest and nearby Trona to gather soil samples that could be tested for coccidioidomycosis, the scientific name for valley fever.

One of the 14 soil samples they collected tested positive for the fungus. Plus, a hospital nurse Bains and Lauer met there told them a dust cloud had lingered over the area for several days after the quake, and yet "first responders did not wear any dust mask for protection against inhaling the pathogen."

"I would say that everybody who was exposed to the dust cloud after the earthquake could have likely been exposed to some arthroconidia (dormant form of the pathogen, like spores) and should be considering valley fever when coming down with fever, unproductive cough or other strange illnesses, such as extensive joint pain or headaches," Lauer, an assistant professor of biology at Cal State Bakersfield, wrote in an email.

To be clear, no evidence of such an outbreak has come to the attention of Kern County public health officials.

It's still too early to say with much certainty, but epidemiologist Kimberly Hernandez, assistant division director of health services at the county Public Health Services Department, said no information has come forward to support the assertion that there was a spore-carrying dust cloud near enough to civilization to sicken people.

"We don't have any data at the Public Health Department showing outbreak of valley fever cases in the Ridgecrest area," she said.

Hernandez nevertheless welcomed the attention on valley fever, noting that reports of the disease tend to increase at this time of year. She added that it's possible people were exposed after July's series of earthquakes but that they either have no symptoms or the signs haven't become severe enough for people to suspect they have been infected.

It can take weeks before symptoms appear in someone infected by valley fever spores.

Valley fever is believed to cause minimal or no symptoms in about 60 percent of people infected with it. The other 40 percent can have a range of symptoms, with as much as 5 percent developing a chronic infection that can affect brain tissue, joints and bone. It can be fatal but is treatable.

Dr. Royce Johnson, medical director of the Valley Fever Institute at Kern Medical, said he and his staff are monitoring the situation to see if the reported dust cloud does bring about an increase in cases. He noted spores raised in the air have been known to travel as much as 75 miles.

But he added that there's not much that can be done to prevent them now, saying "if those cases occur, they're going to occur."

Bains, a Taft physician with Omni Family Health, said in an email she joined Lauer in conducting research in eastern Kern out of concern for valley fever patients. She urged people who suspect they may have contracted the disease to get tested as soon as possible.

"This is even more important for people at increased risk of contracting valley fever, which comprises our population with disabilities, pregnant women, the very old and the very young, immunocompromised patients, in addition to people of African, Filipino or Asian Pacific Islander descent," she wrote.