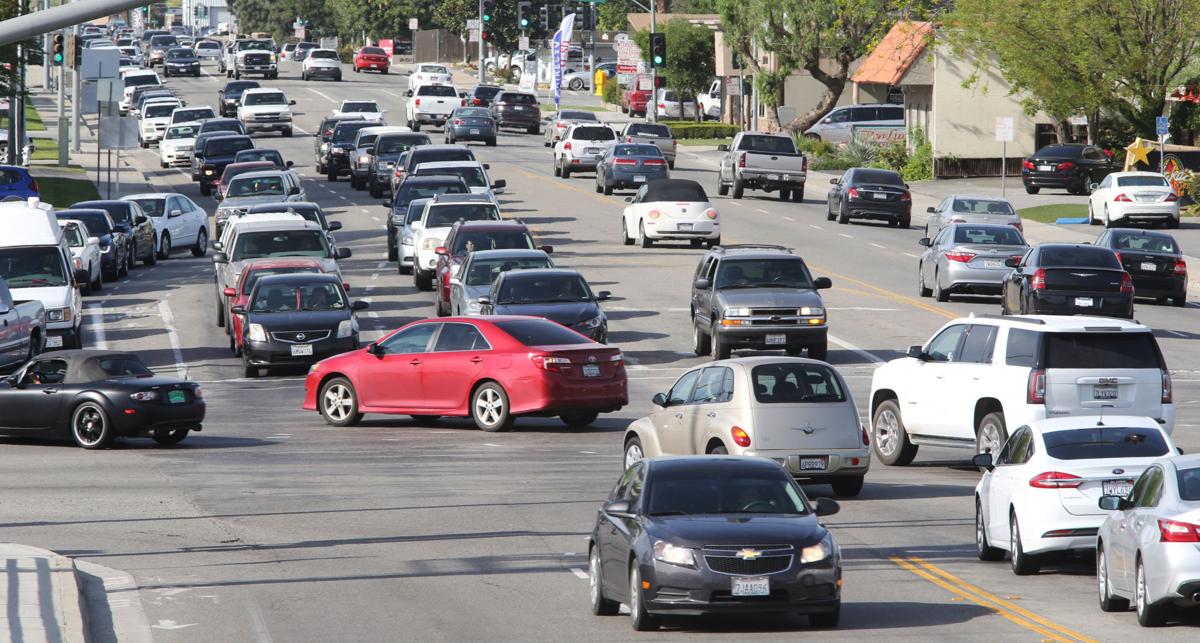 Looking north from the Oak Street overpass across Truxtun Avenue, commuters jam all lanes as they head home for the day.

This plan provided by the city shows the work area for the Truxtun Avenue widening project, expected to start next week. The project area runs from Empire Avenue to Elm Street.

Looking north from the Oak Street overpass across Truxtun Avenue, commuters jam all lanes as they head home for the day.

This plan provided by the city shows the work area for the Truxtun Avenue widening project, expected to start next week. The project area runs from Empire Avenue to Elm Street.

West Bakersfield residents heading into and out of downtown by way of Truxtun Avenue could soon be facing more delays than usual.

But it will be worth it, eventually.

A $6.9 million project to widen Truxtun from four lanes to six between Empire Drive and Elm Street is set to start within the next week or so; a groundbreaking ceremony takes place Friday at Jastro Park. Full or partial lane closures are expected as part of the project.

“There are going to be some delays and inconveniences during construction,” Assistant City Manager Chris Huot said. “It will be dependent on what area the crews are in, but there will be signage and people doing traffic control.”

Huot said two lanes in each direction will be kept open throughout the duration of the project, which is being handled by Granite Construction. Crews will start on the western limits of the project first, Huot said. That part will include work on a retaining wall on the overcrossing bridge at Highway 99.

Huot said the city will work with businesses and organizations along Truxtun to make sure people can get in and out.

“We want to minimize impacts as much as possible,” he said.

City Councilman Andrae Gonzales said he believes commuters will be willing to accept the inconveniences that will come with the project.

“I think most people understand the necessity for these projects,” he said. “I think the widening of Truxtun is worthwhile. In the long run, it’s in the best interest for our community.”

Huot said most of the work on the project is set to be done during the day. To accommodate the extra lanes, workers will install a median island, according to the city.

Huot said the main goal of the project is to reduce congestion at the Oak Street and Truxtun Avenue intersection. Some turn lanes at the intersection and elsewhere within the project limits will be worked on and signal times for northbound and southbound Oak Street traffic will be extended to allow more vehicles to cross or turn onto Truxtun.

The Oak/Truxtun intersection sees heavy traffic at peak times. According to the Kern Council of Governments, the Oak/Truxtun area has experienced an annual average daily traffic count of 45,122 vehicles this year, with a volume growth of 5 percent compared to 2015 data.

“It’s very frustrating for commuters trying to get to work in the morning when they see Truxtun backed up at Oak,” he said. “I know a lot of folks who try to avoid the intersection as best as they can.”

Huot himself is familiar with the backup that occurs daily at the intersection.

“I think the project is very much needed,” he said. “Hopefully once it’s completed, it will make driving in that area a little easier and more efficient.”