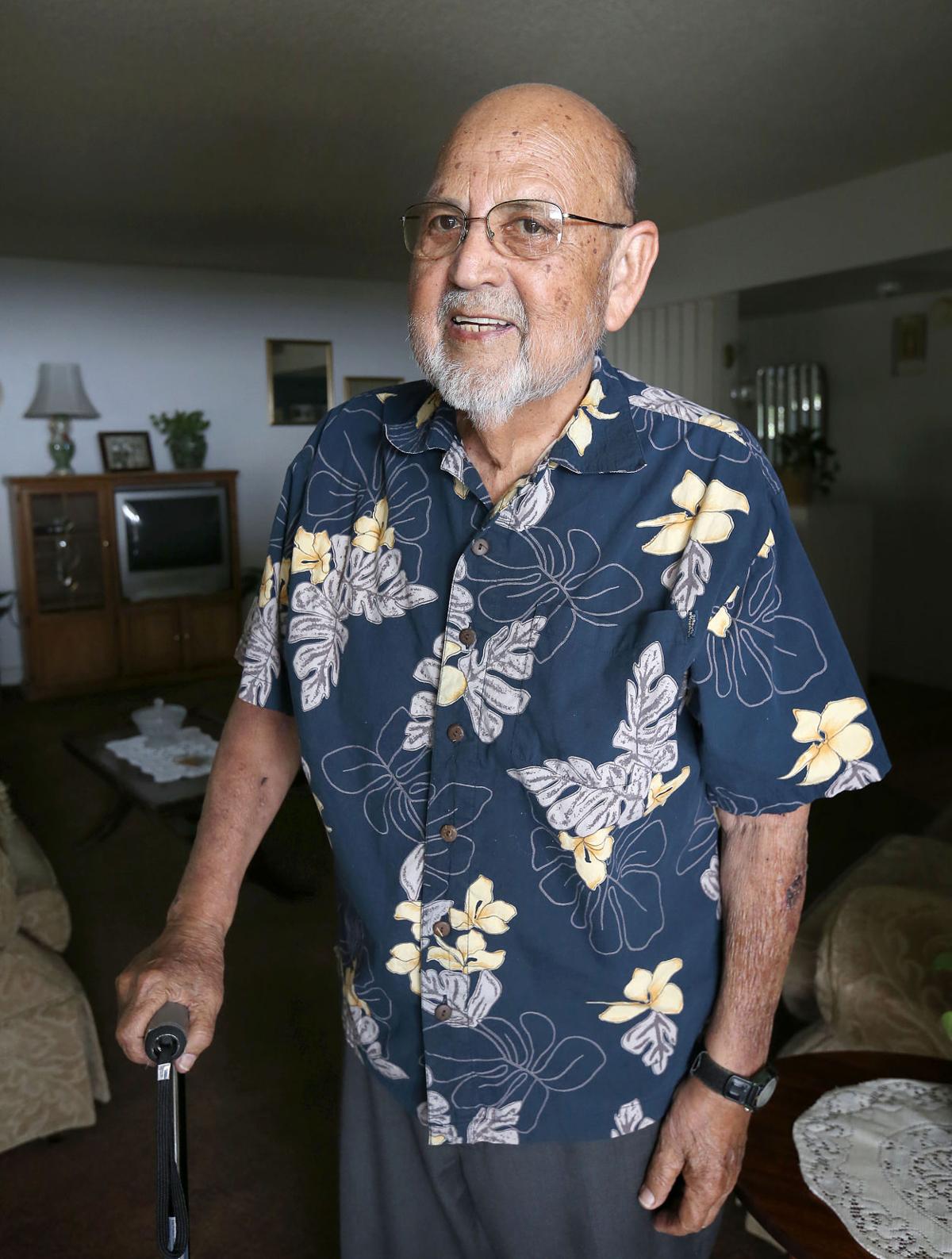 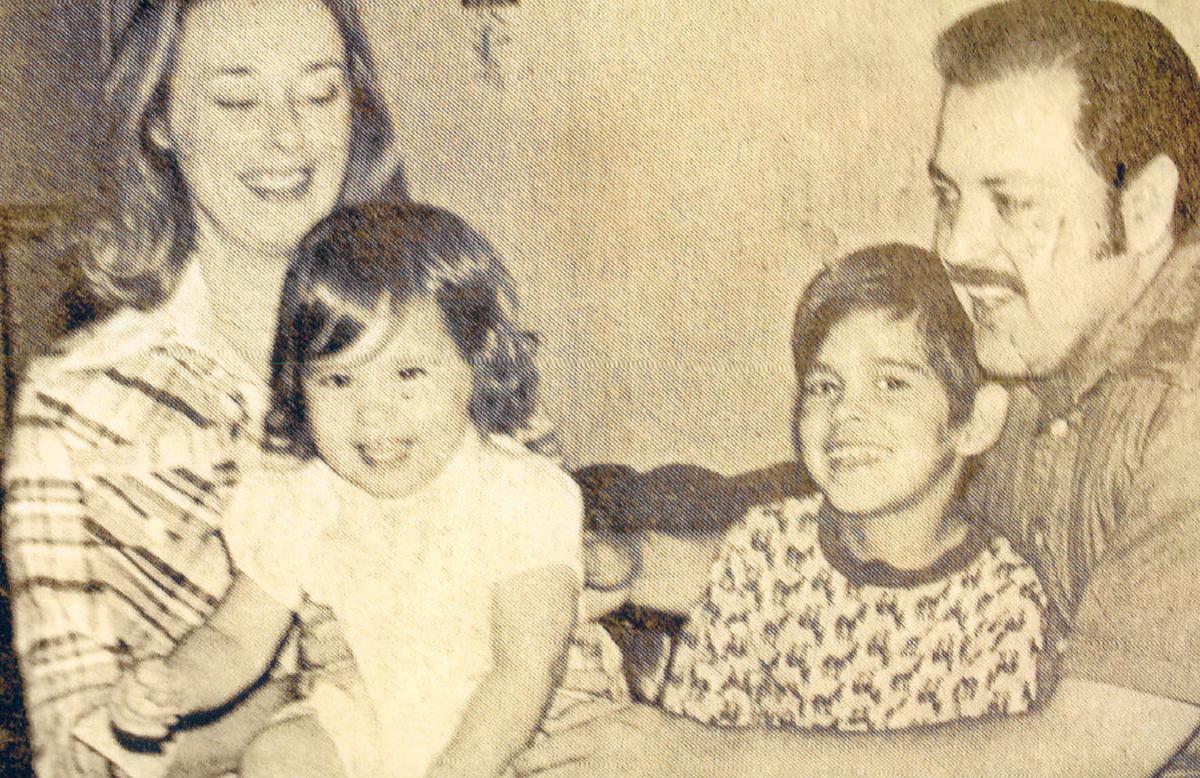 Ray Gonzales with his wife, Judy, and kids Paul and Emily. 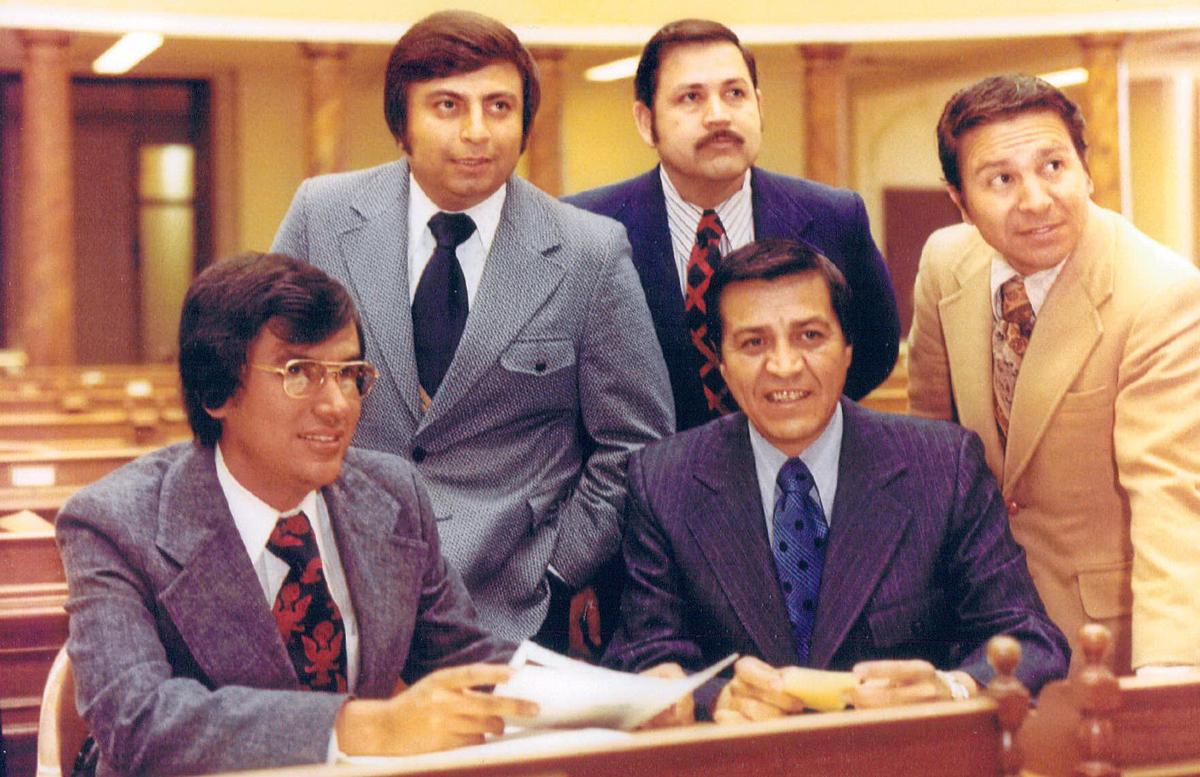 Ray Gonzales with the Chicano Caucus. 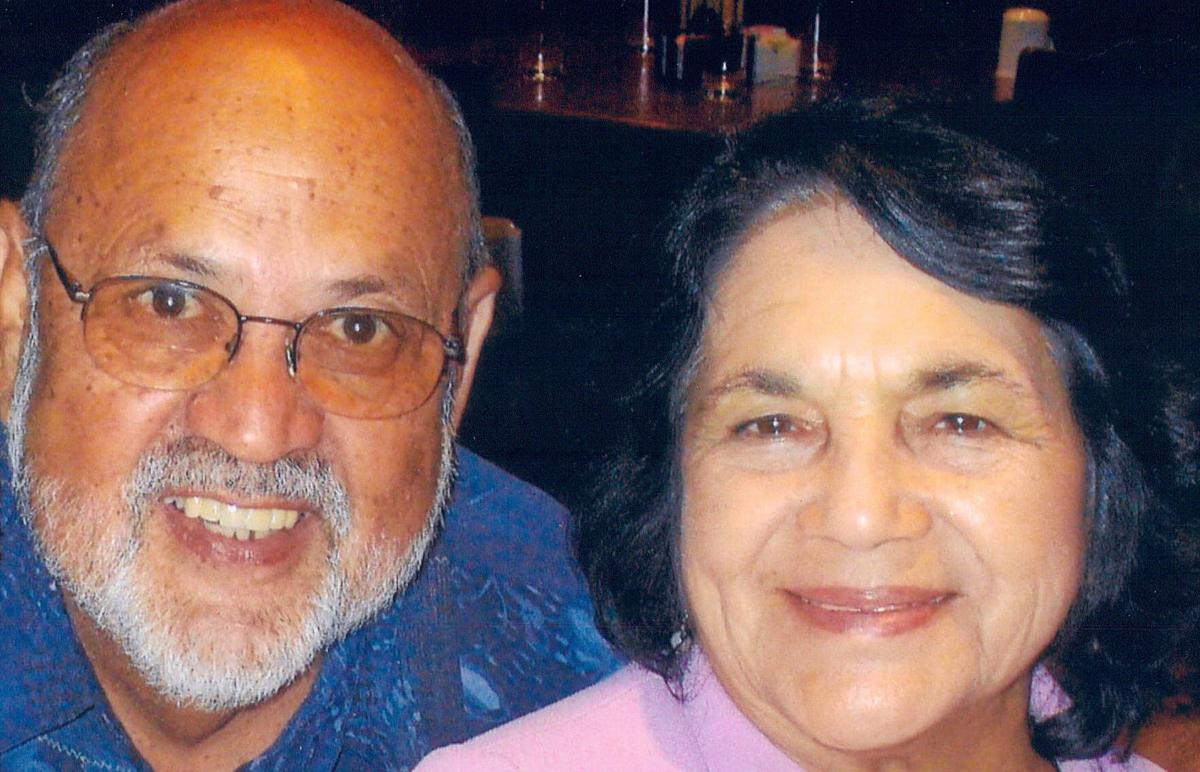 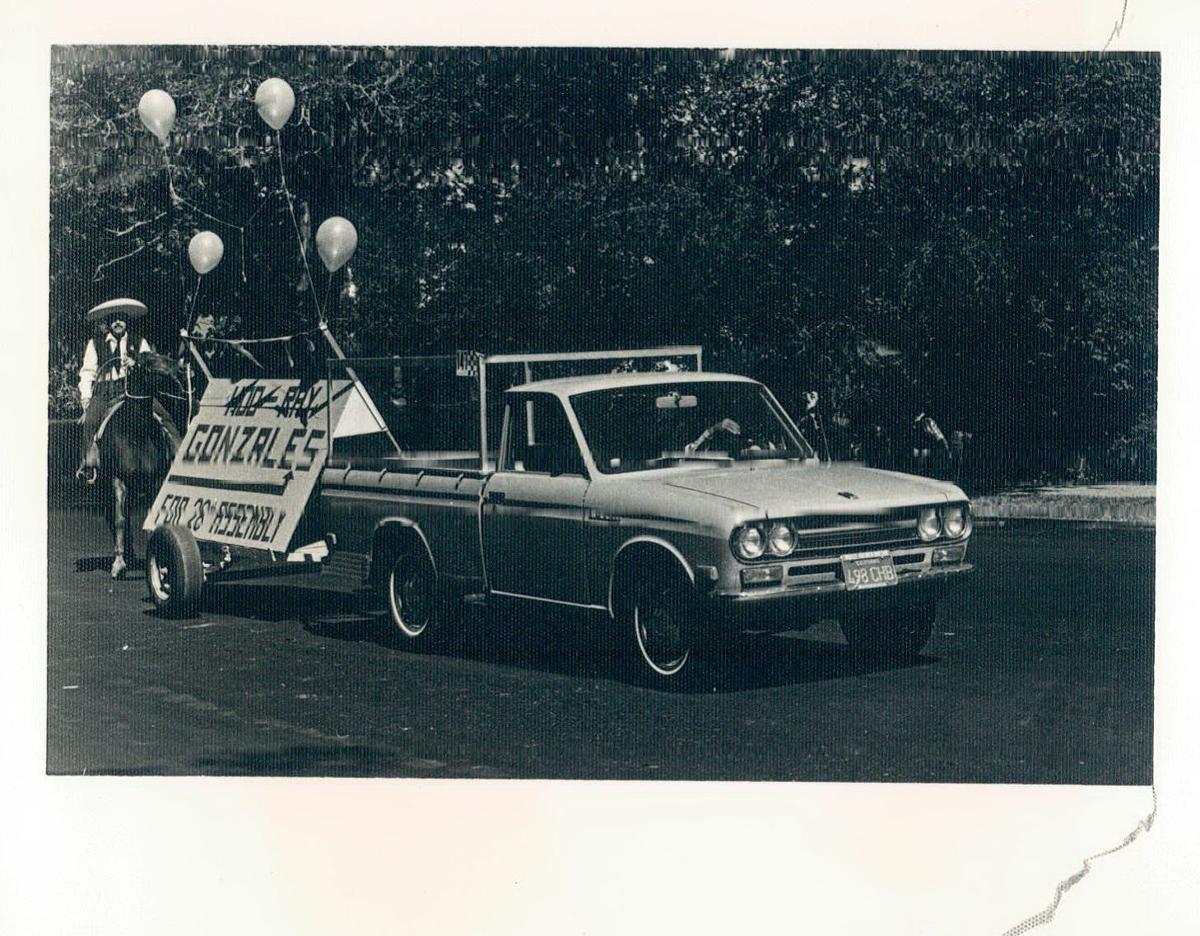 An image from Ray Gonzales' campaign in 1972. 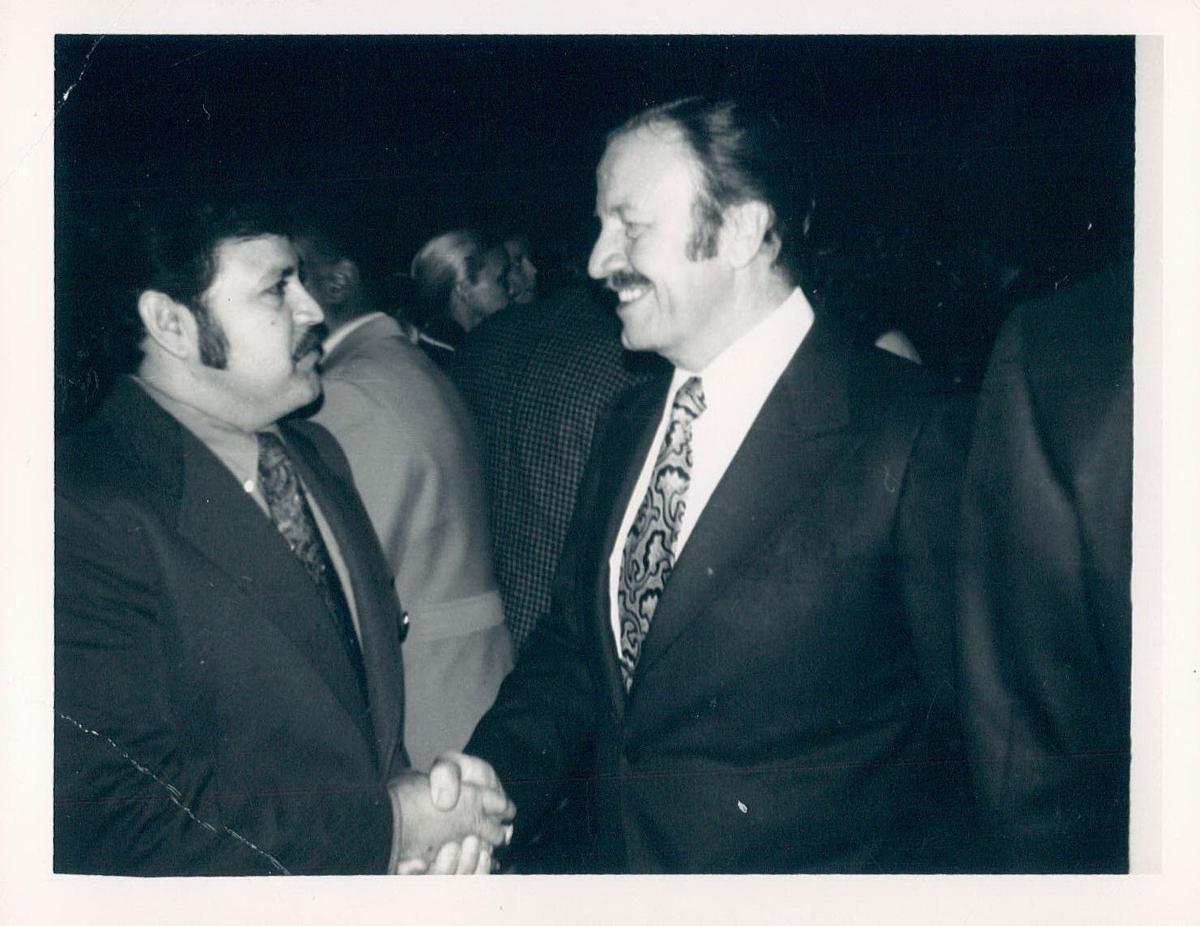 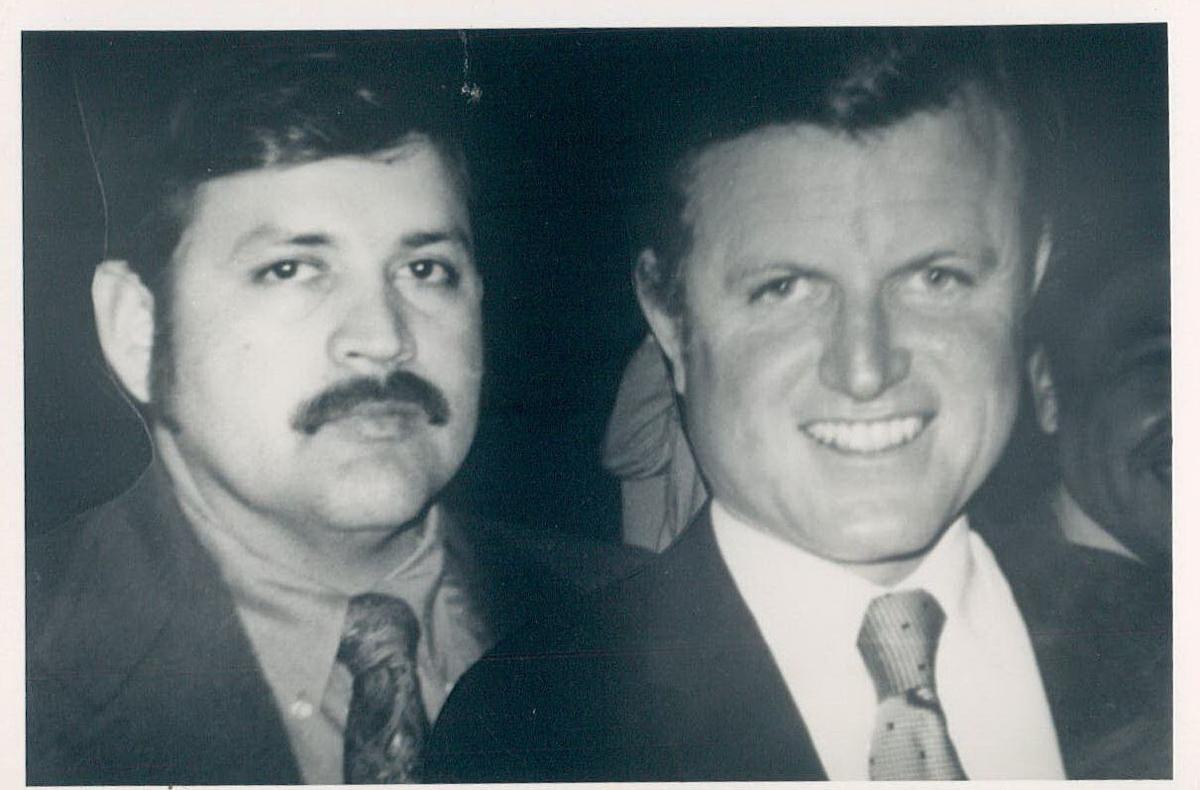 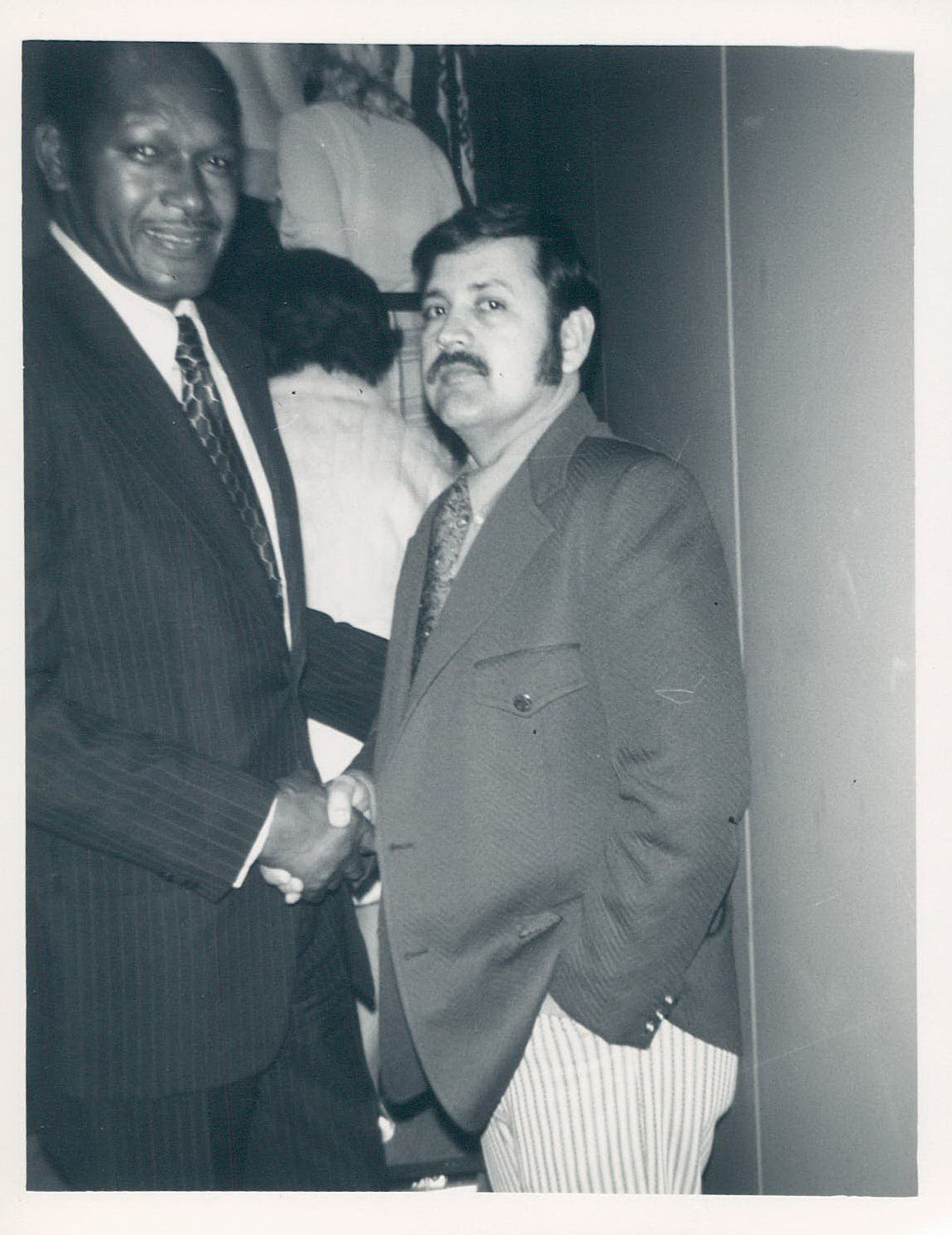 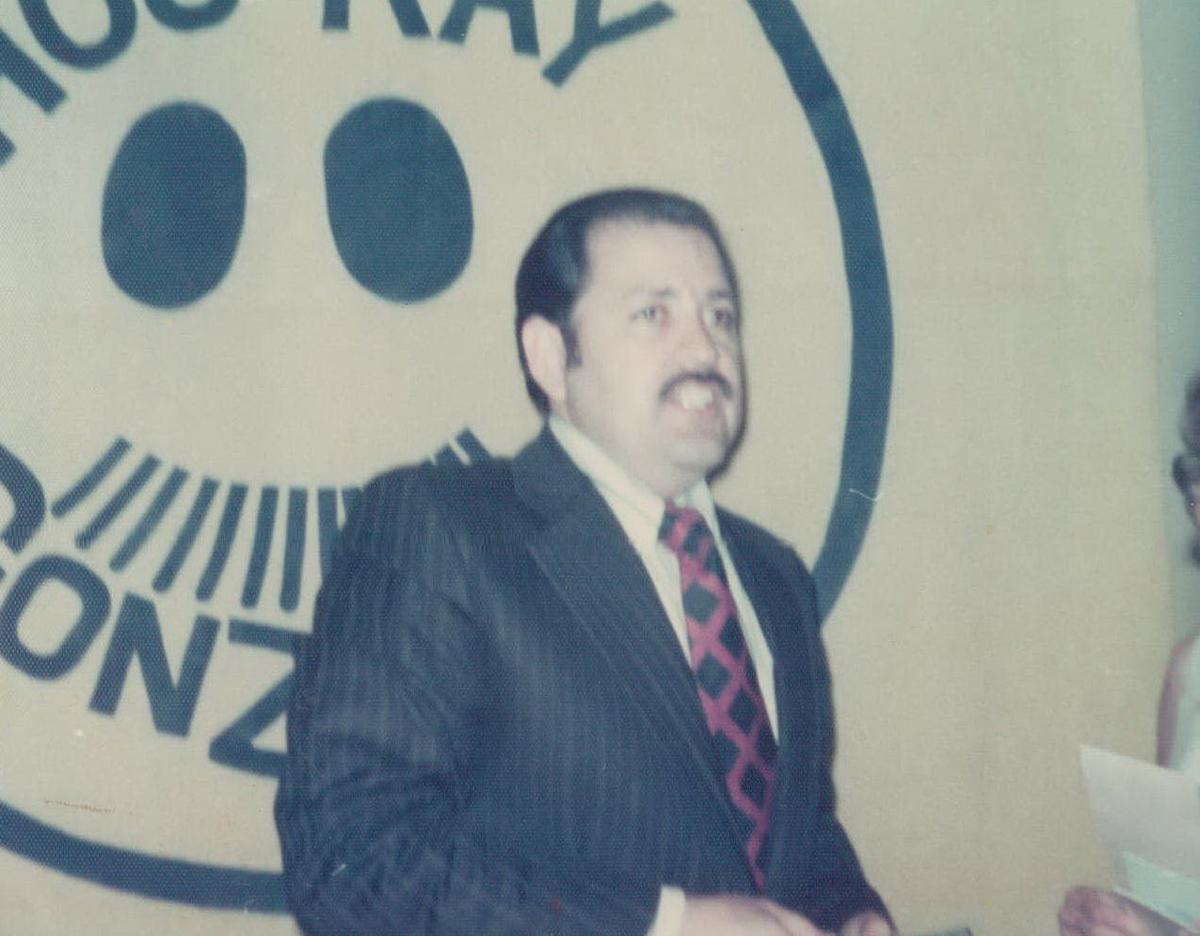 Ray Gonzales with his wife, Judy, and kids Paul and Emily.

Ray Gonzales with the Chicano Caucus.

An image from Ray Gonzales' campaign in 1972.

A Bakersfield College professor who won an underdog campaign against a strong Republican incumbent in 1972 to become Kern County’s first Chicano state assemblyman, Gonzales was best known as a political maverick who refused to go along with the status quo, always voted his conscience and never bowed to special interests.

Gonzales — who many say helped blaze the trail for a new era of Latino representation in Kern County — died Wednesday night at his brother's home in Oceanside after battling kidney failure for several years, according to his sister and daughter. He had taken himself off dialysis last week. He was 80.

Gonzales transcends any one title. He was a founding member of the Latino civil rights movement, a U.S. diplomat who served in Latin America, a coalition builder, a political science professor who held a doctorate in Latin American studies, a school board trustee, an educational adviser to Gov. Jerry Brown and appointee to the Public Employee Relations Board.

But he gave up every one of those positions to come back to his hometown. The challenge of the work called him back. He played an integral role in persuading county supervisors to redraw district lines in the early 1990s to create a Latino-majority district.

“He was in the front seat, but also behind the scenes on a lot of issues, pushing other people and telling them to get out there,” Martinez said, noting how Gonzales would build coalitions across ethnic divides to challenge Kern County’s Republican establishment politics. “The demographics were changing, but the power structure was not. ‘You need to deal with that,’ (Gonzales) would say.”

Gonzales could have led the childhood of any Mexican immigrant in Kern. The son of a railroad man, he grew up in a modest home in east Bakersfield near Eureka and Baker streets and worked as a field hand picking grapes, plums and peaches (his least favorite — they made him itch).

“If you lived in the hood, you worked in the fields. It’s just what you did in the summer,” Gonzales told The Californian during a lengthy interview in 2017.

Later, he studied for the priesthood at a seminary in Michigan and joined the U.S. Marine Corps before earning his master’s degree. He was teaching at a Bay Area private school when recruiters from Bakersfield College wooed him back to his hometown in 1965, he said.

He was one of Bakersfield College’s first Chicano professors, said BC political science professor Oliver Rosales, who specializes in civil rights history and has written about Gonzales’ political history locally.

It was at BC where Gonzales met and befriended Bill Thomas, a colleague who supported his 1972 run against Kent Stacey, a three-term Republican incumbent assemblyman.

Gonzales ran a scrappy campaign that eschewed donations from large business and lobbyists, and instead focused on door-knocking and grassroots support. He was an underdog candidate running for a post in a Republican stronghold. Fewer than 8 percent of voters in his district were registered Democrats.

But Gonzales ran on a campaign that stressed a fair tax structure, meeting the changing needs of education, reaching full employment, ensuring the survival of the family farm, ending pollution and getting farmworkers the same benefits as industrial workers.

Mobilizing support from Mexican-Americans, African-Americans and liberal white allies, Gonzales pulled a major upset, squeaking past Stacey by about 3,000 votes.

Rosales described Gonzales’ political approach as “complex” and “ahead of its time.”

The Californian described the win as “the only bright spot in an otherwise dark day” for the local Democratic Party. Gonzales was the only Democratic victor in Kern County.

Assemblyman Rudy Salas, D-Bakersfield, said it was Gonzales’ victory in 1972 that paved the way for future Latino legislators, himself included.

“Ray is a trailblazer, not only as a Latino assemblyman, but as an advocate in our community,” Salas said. “Ray was always saying to be true to the community and to do what is right for the valley.”

That’s the way Gonzales conducted himself in the Assembly.

Gonzales gained a reputation as a political maverick before he ever stepped foot in the statehouse, he said.

“They knew my story before I even got up there. My reputation had been established,” Gonzales said, gesturing toward press he’d received highlighting the quirkiness of a “liberal Mexican from Bakersfield” trying to knock off a three-term incumbent Republican.

Gonzales pushed for greater transparency among proceedings that had often been shrouded from the public’s view, refused to support legislation propped up by the United Farm Workers of America, despite political pressure, and eschewed gifts from lobbyists.

“My desk was filled with checks from lobbyists. People said, ‘What are you going to do with those?’” Gonzales recalled. “I sent them back.”

He famously returned a $600 check to a lobbyist with a note attached reading: “No thank you.”

“I’d never say no to a meeting, but you don’t need to take me to lunch, or Tahoe, or Acapulco, which is what they did,” Gonzales said of lobbyists. “I made a glass house for myself. I can’t get caught violating my own rules, so I never did.”

He later authored an anti-lobbyist bill that was a precursor for the formation of the Fair Political Practices Commission, which oversees campaign finances and ensures transparency in government. The legislation died, he said, because the Legislature wouldn’t support it. It wasn’t until it was introduced by voter initiative that the FPPC was formed.

Despite its influence, Gonzales was stuck in a precarious position when it came to the UFW, which was in the throes of the Delano grape boycott. If he voted for a farm labor bill UFW officials favored, he would have to answer to wealthy farmers in his district who were opposed to it during the next election.

He couldn’t in good conscience vote for the bill, however, which he said was flawed. His relationship with farm labor was fractured.

“The majority of Chicano farm laborers are not impressed with your operation,” Gonzales wrote to UFW leader Cesar Chavez in 1974. “Contrary to the belief of some of your volunteers, I am concerned about the destiny of farmworkers in this country. I worked in the Delano grape fields before most of them had ever heard of the place. The growers, blinded by their own greed, bigotry, and disgust for your movement ... will never trust a Chicano.”

His political career, however impactful, was short-lived.

By 1974, Gonzales had lost much of his student and farm labor base, and he had gained an opponent — his old colleague and friend, Bill Thomas, who unseated Gonzales and became Kern County’s most successful politician, spending 33 years in elected office, much of it as chairman of the powerful congressional House Ways and Means Committee.

“Bill Thomas, my pal, my friend — he lured me into a trap and then ran against me,” Gonzales said, suspecting that Thomas encouraged his initial campaign in 1972 so that it could pave a way to an easier win against a minority representative.

He took advantage of a vote Gonzales made to outlaw the death penalty, playing upon Kern County’s “law and order” voters.

“The guy’s got smarts. No question about that. I’ll never fault him for his brains,” Gonzales said. “Just his soul.”

After his political career, Gonzales took a job as a U.S. diplomat serving “some of the toughest areas” in Guatemala and El Salvador, he said.

He caught wind that he was placed on the hit list of a right-wing death squad and began carrying a what he described as a “.25-caliber ladies Derringer” pistol. When military leaders found out, they ordered him a 9 mm Smith and Wesson pistol, he said.

“Foreign service officers don’t generally carry a weapon, but when the right wing put me on a death squad list, they said you can carry a gun,” Gonzales said.

Martinez said Gonzales told him at the time he thought he was being set up by the U.S. government and “they were trying to get him killed.”

He returned to take a job teaching political science at Cal State Monterey Bay in the 1990s before deciding to return to Kern County to take up what is perhaps one of his most impactful endeavors — redistricting the county Board of Supervisors areas to create Latino representation.

Gonzales learned of a U.S. Supreme Court decision setting a precedent for communities of interest to be established in voting areas, including those for Latinos, Martinez said.

“He said, ‘I’m coming back to Kern County. There’s lots of things going on there,’” Martinez recalled. “I think he gave up a lot personally to come back.”

He became the catalyst for change, Martinez said, organizing community members across unrepresented areas and holding meetings in the background pressuring county supervisors to redraw lines to comply with the U.S. Voting Rights Act.

Eventually, they prevailed. The county redrew its areas to create a 5th District area with a Latino community of interest. Pete Parra was the first to represent that new seat.

What made Gonzales such a successful organizer, Martinez said, was that he didn’t divide minority communities — he brought them together.

“I built coalitions with the black community. Some of the closest supporters we had were black churches,” Gonzales said. “I never wanted to be the leader of a Latino group, because that would right away put you in opposition to other Latino groups. I always wanted to work in integrated multiracial groups.”

Even years past traditional retirement age, Gonzales insisted on continuing to work for the community. He applied for a vacant seat as a trustee with the Bakersfield City School District Board of Education and became an elected representative again for the first time since his 1974 Assembly loss.

“I’ve never been one to stand on the sidelines,” Gonzales said.

Despite his vast experience and menagerie of public and private sector positions, he counted his time at BCSD among the most rewarding of his lifetime.

“There’s nothing more fundamental in American democracy than the public school system,” Gonzales said. “In the colonial days, communities got together, taxed themselves, hired a teacher, got a schoolroom and began an education system. They were willing to tax themselves for that. It’s fundamental to our process.”

Despite his age, he retained a fiery spirit. While on the school board, he introduced motions for trustee term limits, pressured district officials to create more sanitary drinking fountains in schools and was a stalwart defender of public transparency, demanding that dollar amounts be attached to consent calendar agenda items trustees voted on.

It wasn’t until his health began declining in 2017 that Gonzales resigned his position. In a resignation letter to the board he wrote: “While the spirit is willing, the flesh is weak.”

LEONEL MARTÍNEZ: Gonzales acted 'when he believed something needed to change'

As a kid growing up in Lamont in the 1970s, almost all the adult Latinos I knew were farm wo…