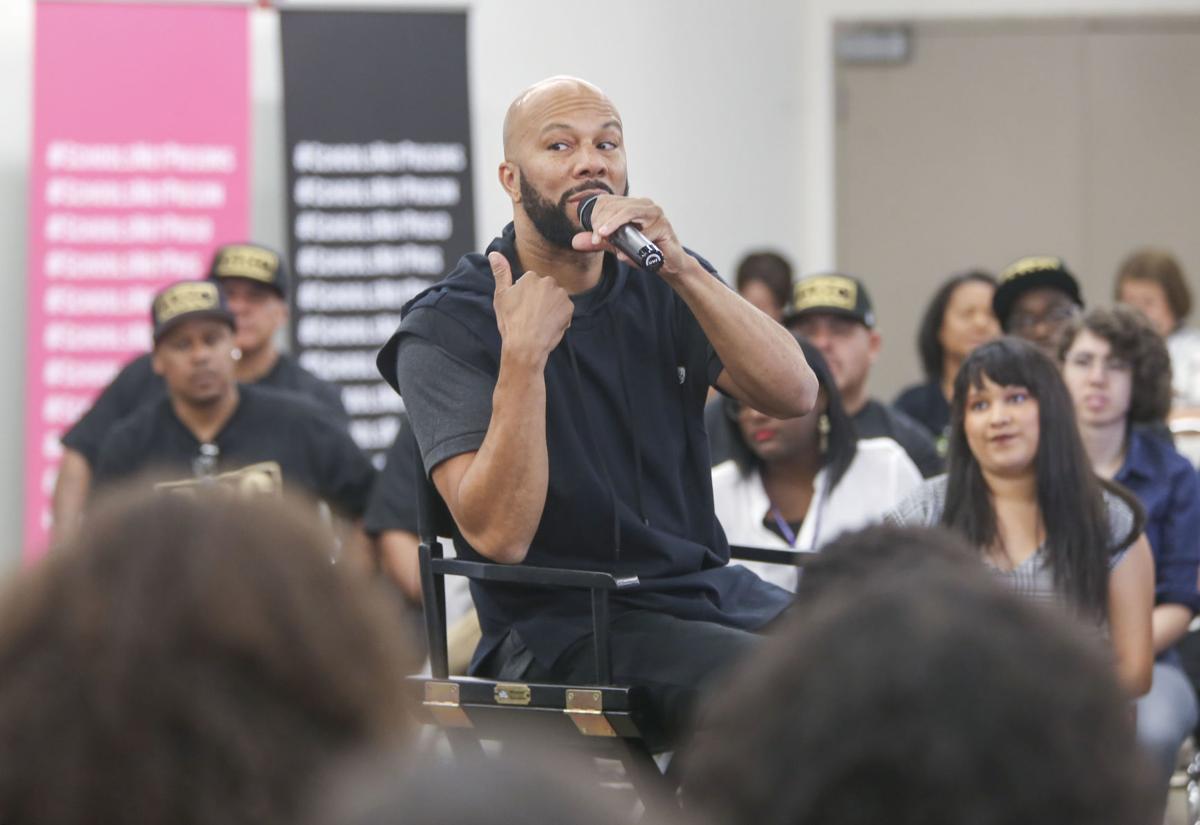 Actor and music artist Common speaks at a youth town hall at the Bakersfield Museum of Art in Bakersfield Wednesday. 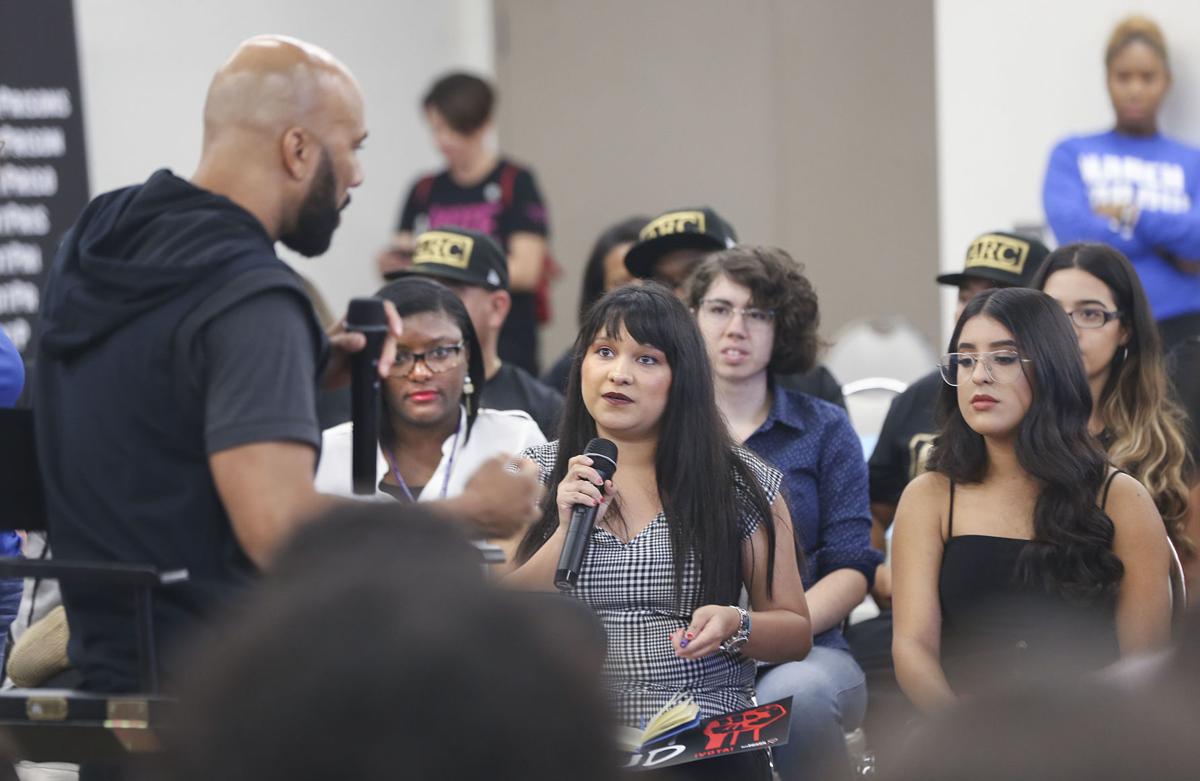 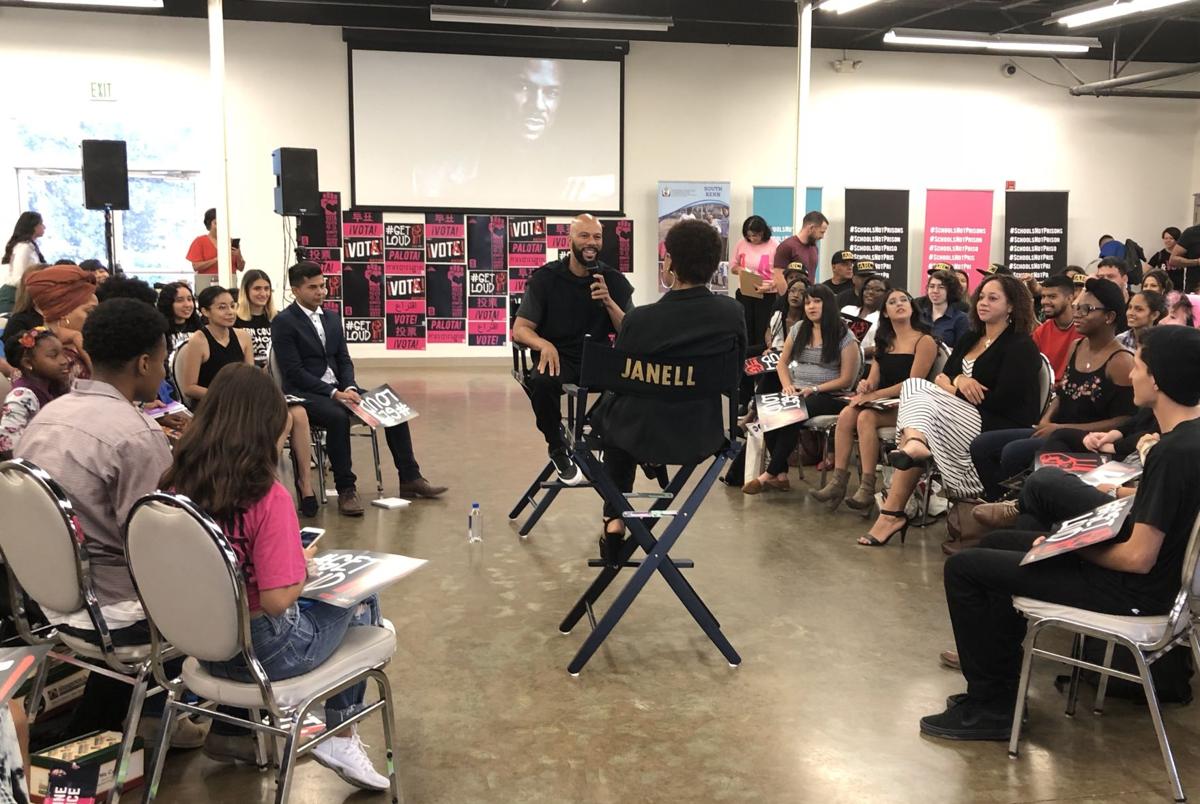 Rapper, actor Common speaks to moderator Janell Core during a youth town hall on Wednesday at the Bakersfield Museum of Art. 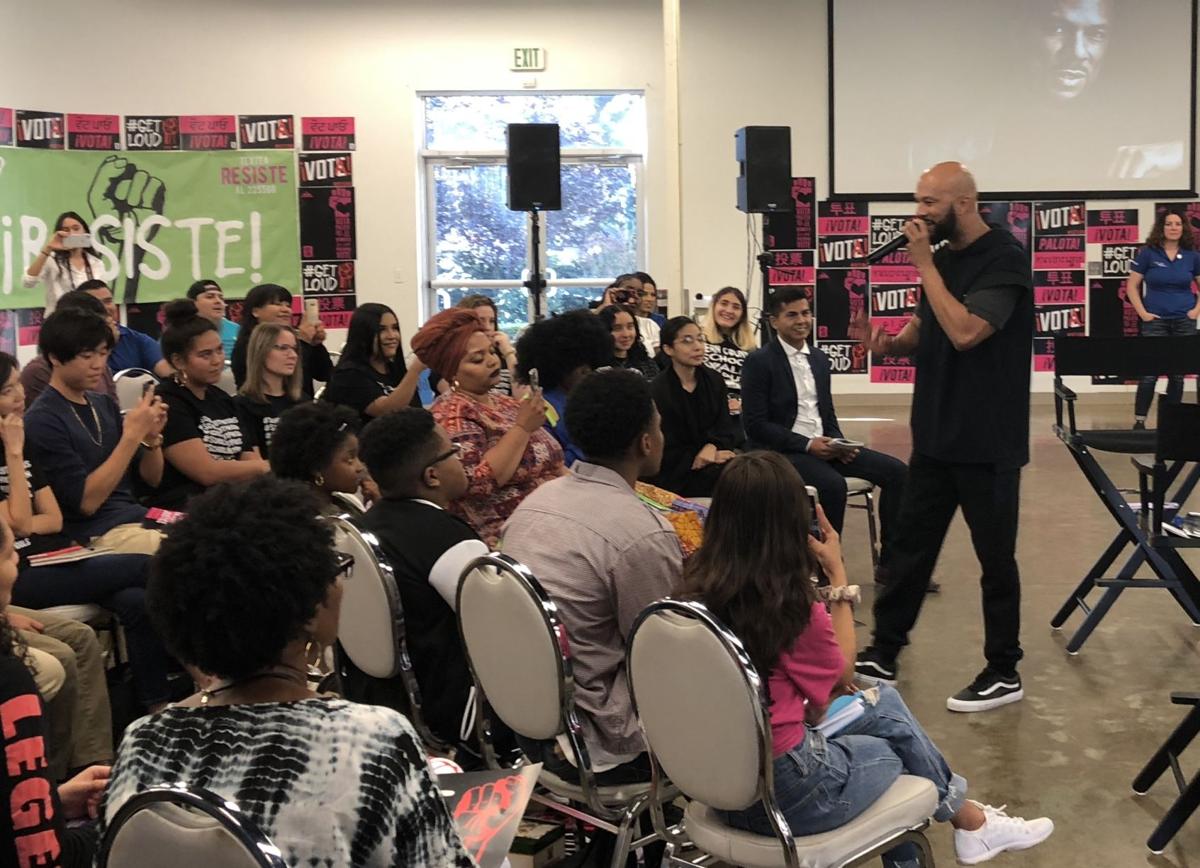 Rapper, actor Common raps for local students at a youth town hall on Wednesday at the Bakersfield Museum of Arts. 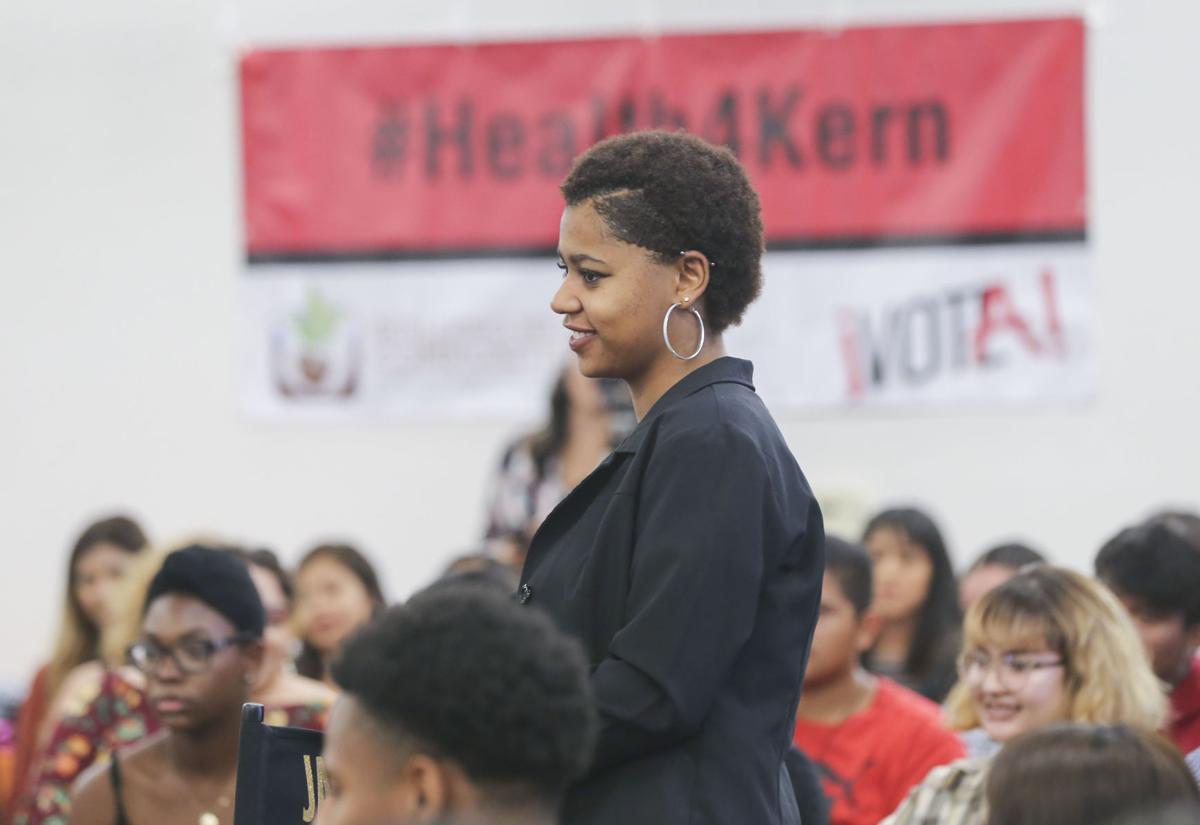 Actor and music artist Common speaks at a youth town hall at the Bakersfield Museum of Art in Bakersfield Wednesday.

Rapper, actor Common speaks to moderator Janell Core during a youth town hall on Wednesday at the Bakersfield Museum of Art.

Rapper, actor Common raps for local students at a youth town hall on Wednesday at the Bakersfield Museum of Arts.

It’s not every day that youths in Kern County get to meet a celebrity in person, but Wednesday was one of those days.

Rapper, actor and activist Common visited Bakersfield to talk to a group of youths from across the county about issues that impact them, such as racism and discrimination, as well as how things such as prison reform and civic engagement can lead to a better future.

The town hall, hosted by the Bakersfield Museum of Art, was one of several that Common will be participating in across the state as part of the Imagine Justice Hope & Redemption Tour, which primarily advocates for criminal justice reform.

The tour is a partnership between The California Endowment, Building Healthy Communities-Kern and the Anti-Recidivism Coalition.

One of the things Common focused on was the struggle among young people in learning to be comfortable with who they are.

“I faced struggles as a young black man,” he said. “One of the things I learned was not being afraid to go outside of the box and be who I am, and be confident in that. I started gaining the self-love to be like ‘It doesn’t matter what people say about me.’ I just have to love who I am and be who I am.”

One of the most poignant moments during the event was when a 7-year-old African-American girl asked a very complex question.

“My name is Layla, and how do we stop racism?” she asked.

Common appeared to be briefly taken aback by the question as he considered his response.

The rapper also advocated that youths become more engaged when it comes to politics and voting.

“I used to think my vote didn’t matter for a while, but then I saw things in front of me that tangibly got changed because of voting,” he said. “All of the craziness we see going on in the world, one of the steps we can take to change that is voting. Voting is one of the greatest things that a young person could do to create a better future.”

Common said young people need to use their instincts in determining which politicians actually support their views and concerns and those who are just pretending to get a vote.

“Some of these politicians, you can see right through ‘em. You can tell a lot by the way they talk and what they say,” he said. “Find the politicians that you feel have integrity, have morals and ethics.”

Common said being engaged in the political process is not easy but is important to build a better future.

“It takes work. You have to show up and know what you’re doing,” he said. “It’s time for us to show up.”

One of the students who attended the event was Foothill High junior Kiannah Lora. She said she likes that the event gives youths like herself a forum to ask questions about issues they are concerned about.

“It’s really good to have something like this, especially in Bakersfield where it’s really conservative and people don’t really see what‘s going on in our community or choose not to,” she said.

Arvin High student Luisa Garcia said she felt the town hall was a good learning experience for her.

“It was very helpful. It opened my mind a lot,” she said. “I have some friends who have problems with (racism and discrimination) and now I know how to advise them, what to say to them when they’re feeling down, how to inspire them to keep on going.”

Garcia said she was excited to meet a celebrity — a first time experience for her — but also felt that what Common had to say was meaningful.

“I learned you shouldn’t be afraid to be yourself, that your color doesn’t define who you are and that you should speak up and you shouldn’t let people bring you down,” she said.

“Find politicians that you feel have integrity, have morals and ethics.” That’s simple, vote conservative because the left is anti-integrity, immoral and by all means unethical.

Oh, god. How your comment is even approaching your legitimate thought process is astounding. Neither political party is perfect because it's not made up of perfect people. But, there are people on both sides attempting to do good work to make America better.

When did we stop being able to politely disagree? Stop buying into the idea that one side is right and the other is wrong. If you do that, you're nothing better than a Donald Trump Lemming.

Truth hurts doesn’t it ? Donald Trump has nothing to do with my comment, but I see you suffer from Trump Derangement Syndrome.

Trump Derangement Syndrome is pretty much what we're all suffering with right now. Donald Trump IS the Republican party. And you're dying a slow death. 2020 can't come fast enough.

a perfect example of delusional thinking and projection. indoctrination grabbed you by the privates! conservative gives the illusion one is moral, ethical.....yes just an illusion. being fake self righteous people

You’re the perfect example of my comment. Thank you!!!!