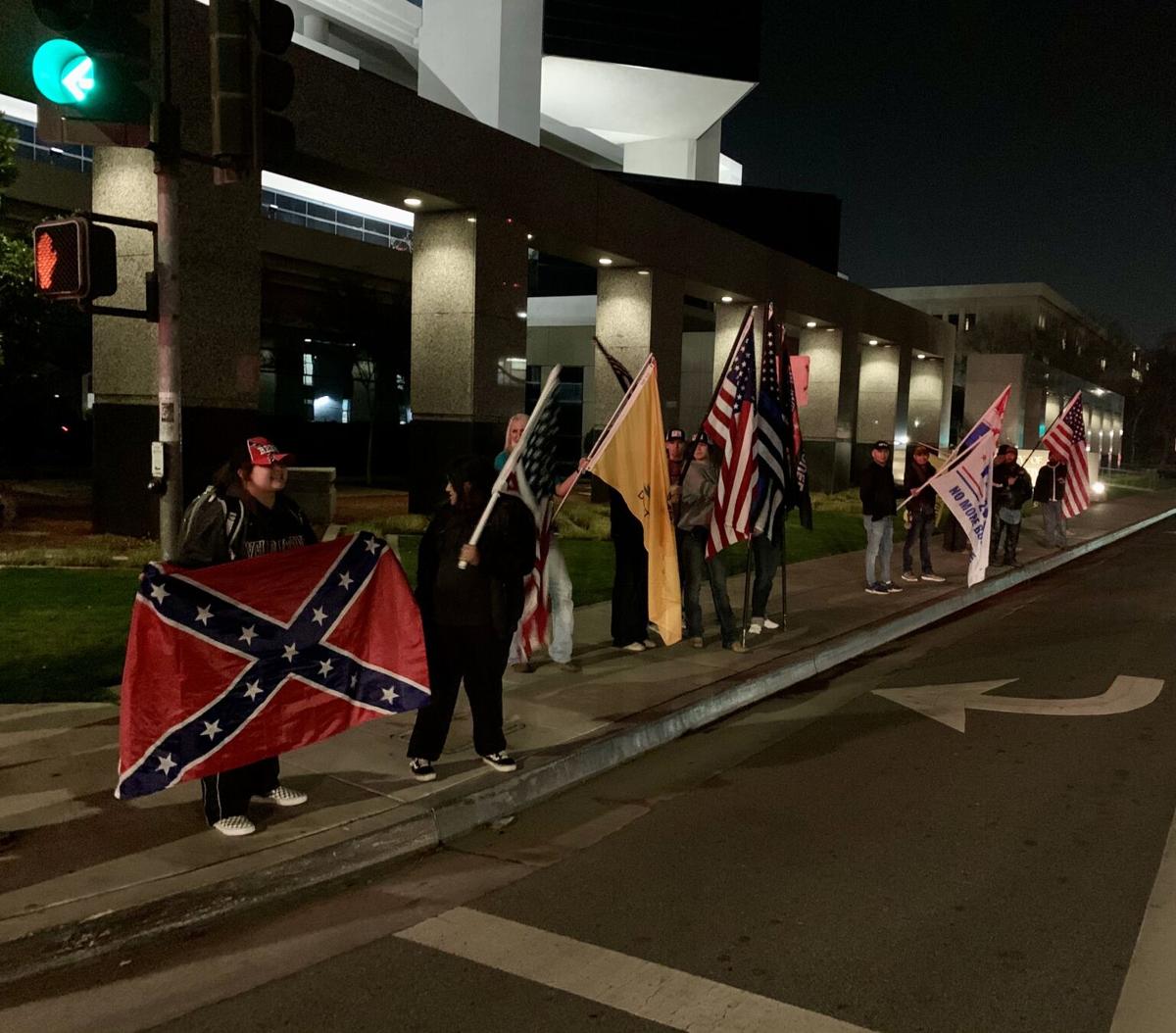 One woman waves a Confederate flag as Pro-Trump supporters demonstrate in front of the County of Kern Administrative Building on Wednesday evening. 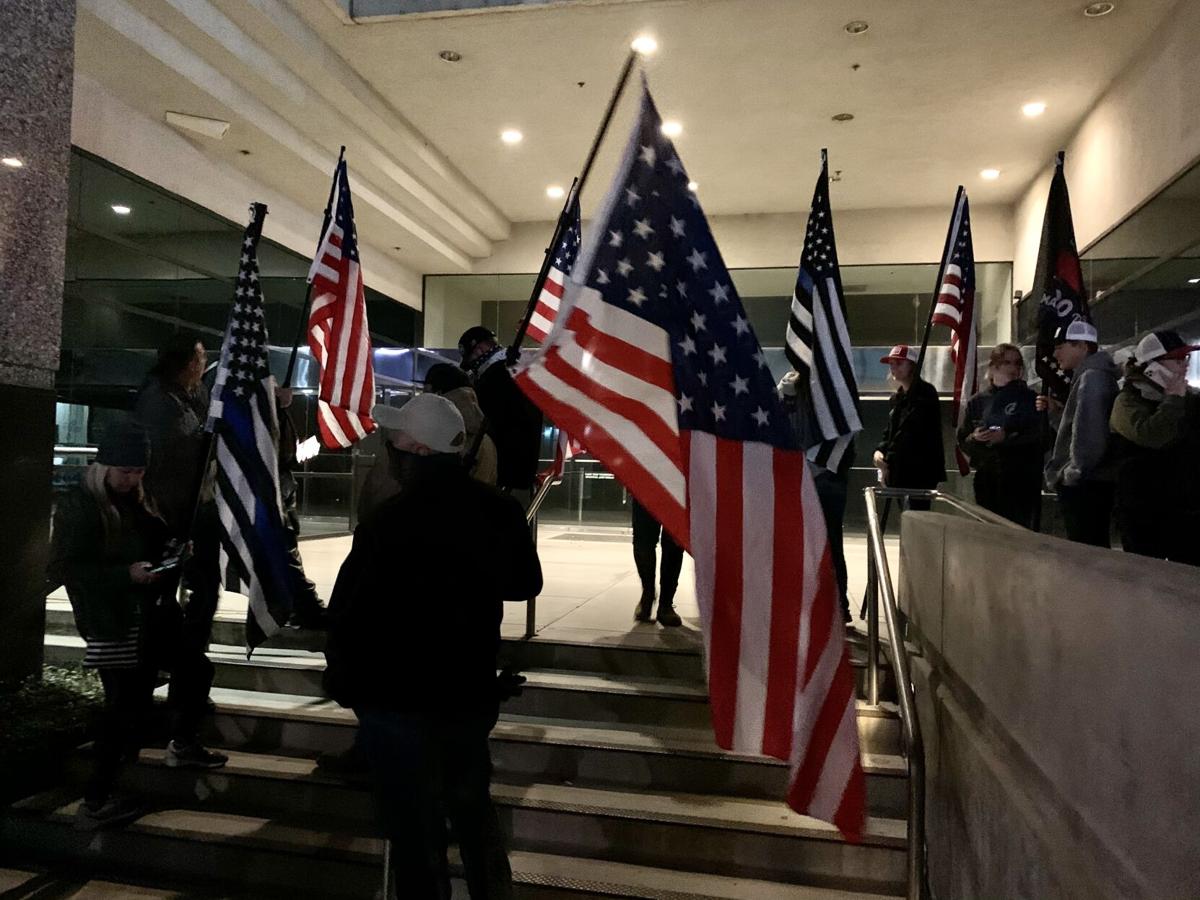 Pro-Trump supporters gather in front of the County of Kern Administrative Building on Wednesday evening.

One woman waves a Confederate flag as Pro-Trump supporters demonstrate in front of the County of Kern Administrative Building on Wednesday evening.

Pro-Trump supporters gather in front of the County of Kern Administrative Building on Wednesday evening.

Their actions echoed numerous protests that took place across the country in response to a Washington, D.C., rally that got out of hand when demonstrators stormed the U.S. Capitol in a violent attempt to stop the tabulation of Electoral College votes, the last formal step needed to put Biden in power.

In Bakersfield, the protest remained peaceful as of The Californian’s print deadline, with some protesters making it a point to tell a reporter covering their actions they intended to do no harm.

“(We’re) just showing support for America,” said demonstrator Christian Baltazar. “This isn’t necessarily about Trump. This is about preserving the integrity of our elections.”

Baltazar and other protesters said they did not necessarily support the violence in the nation’s capitol, but some repeated the conspiracy theory that members of the leftist protest movement Antifa had disguised themselves as Trump supporters in order to sow discord in Washington. So far no evidence has arisen to support such claims.

In Bakersfield, demonstrators claimed that President Donald Trump was the true winner of the 2020 election, although both local elections officials and state governments have certified results, and mainstream media sources have failed to dig up any corroborating evidence.

“The election was stolen and we’re not happy about it,” demonstrator Star Sanders insisted. “Joe Biden is not our president.”

She joined the protesters, who she said were from “all over” Bakersfield, starting at around 6:30 p.m. at the County of Kern Administrative Center on Truxtun Avenue. Consisting mostly of flag waving and chatting, some participants posed for selfies in front of the building and briefly demonstrated on Truxtun Avenue itself.

American flags flew alongside Trump flags. There were also flags with the “thin blue line” to represent police officers and a “don’t tread on me” flag. One demonstrator even proudly held the Confederate flag.

“Unfortunately the veil is lifted and there’s no putting the cat in the bag,” Baltazar said. He later reflected on the group’s presence in Bakersfield. “Not only are we in the Capitol, we’re everywhere.”