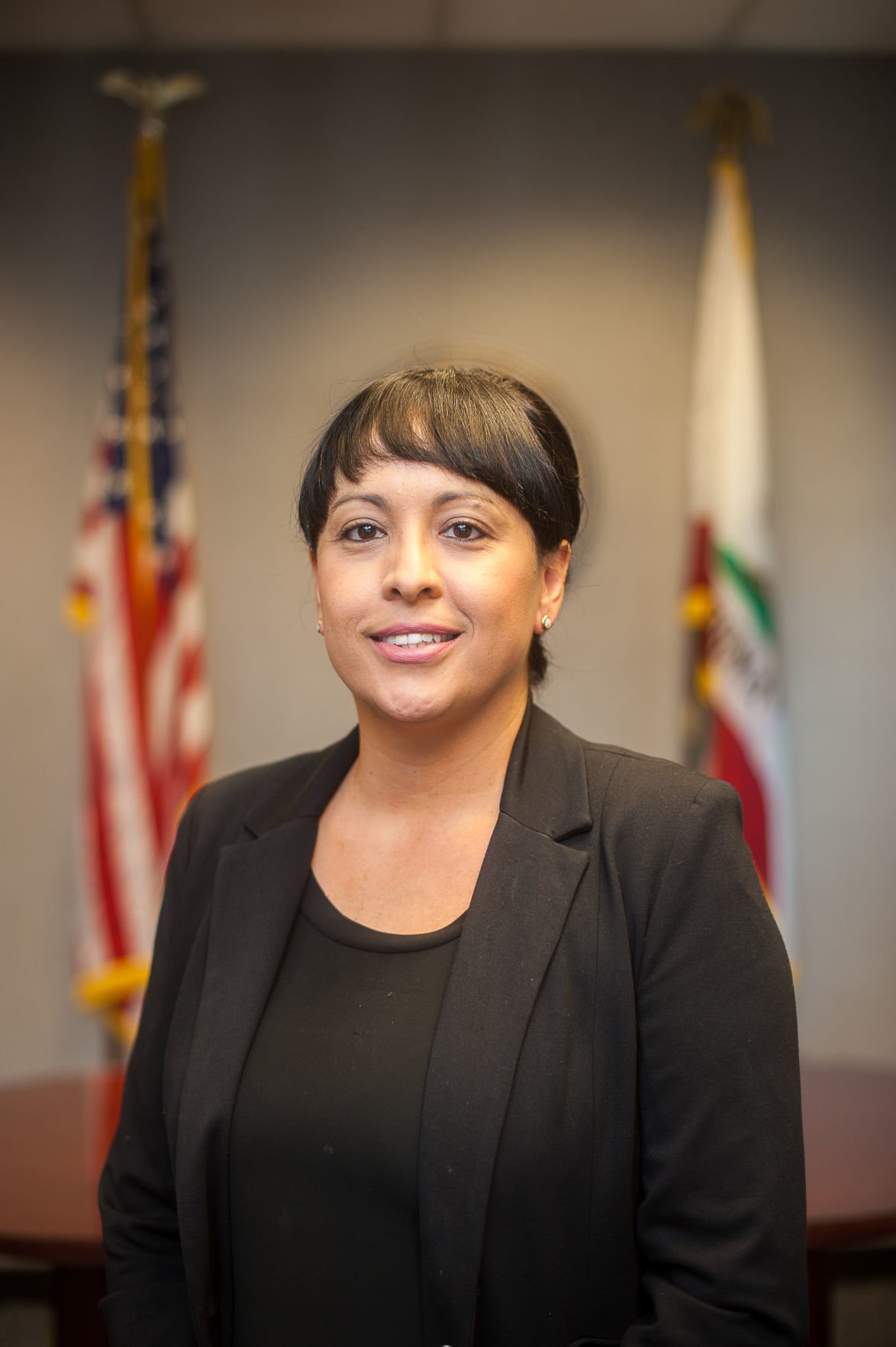 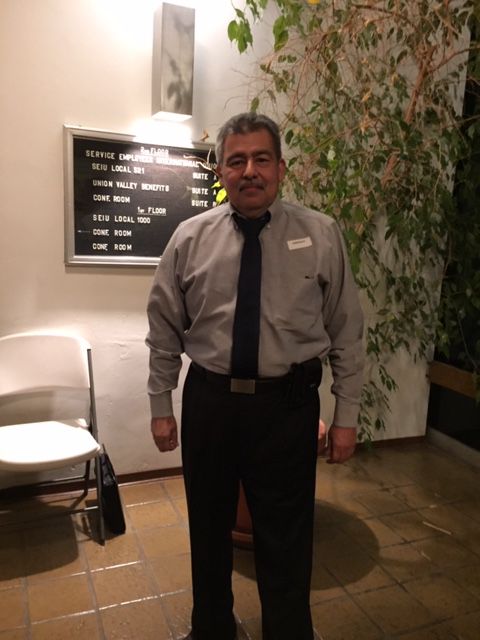 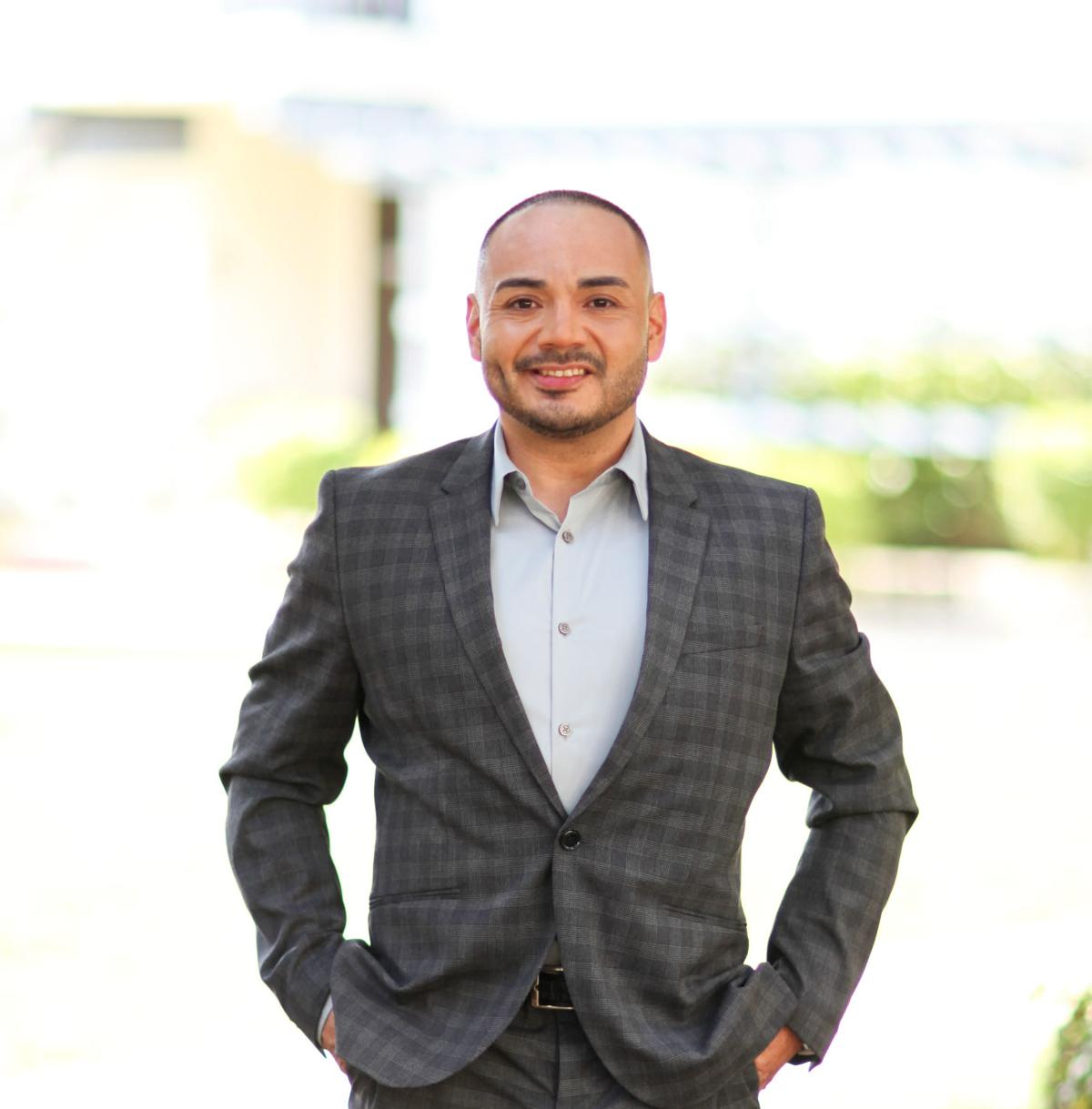 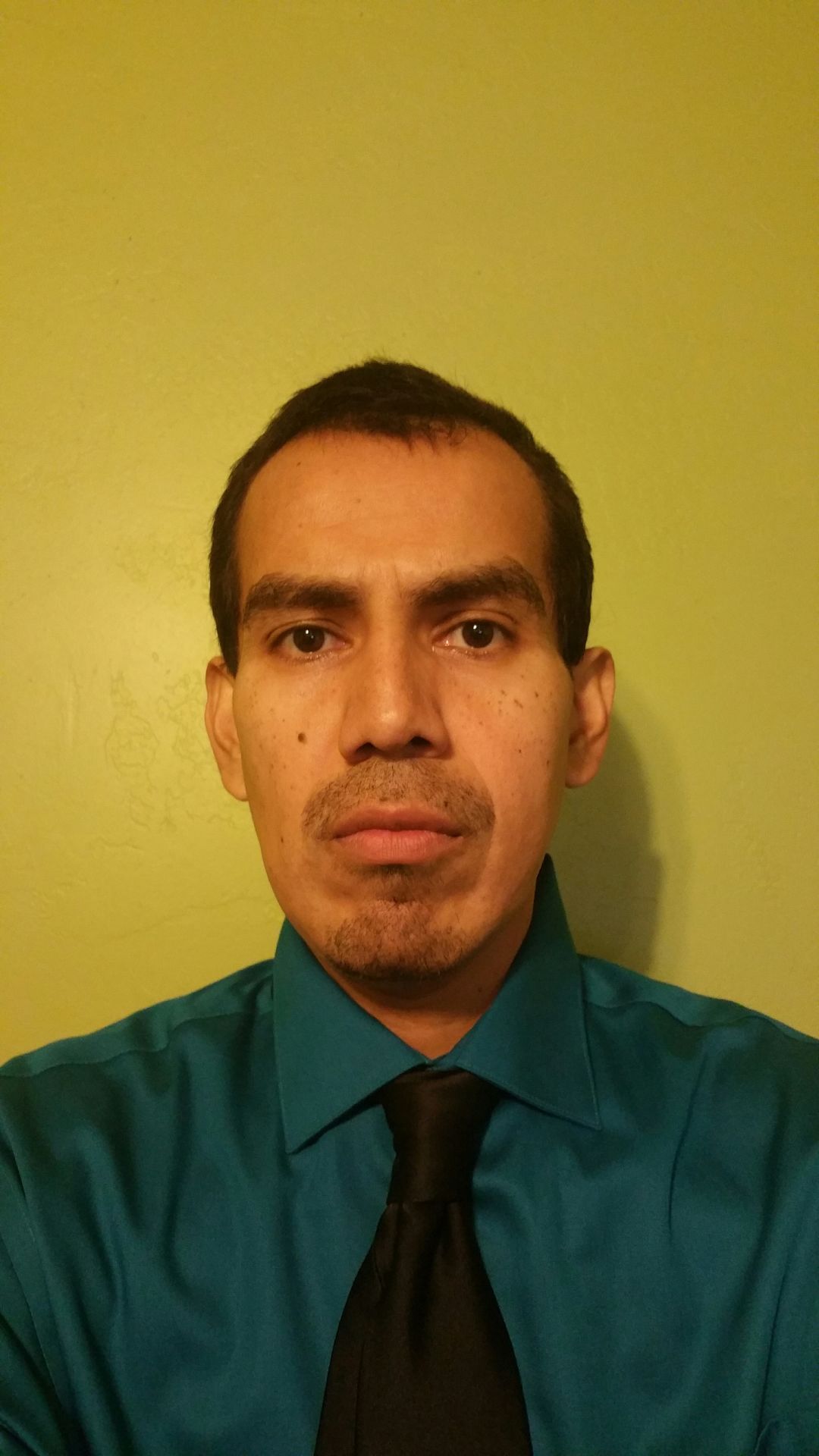 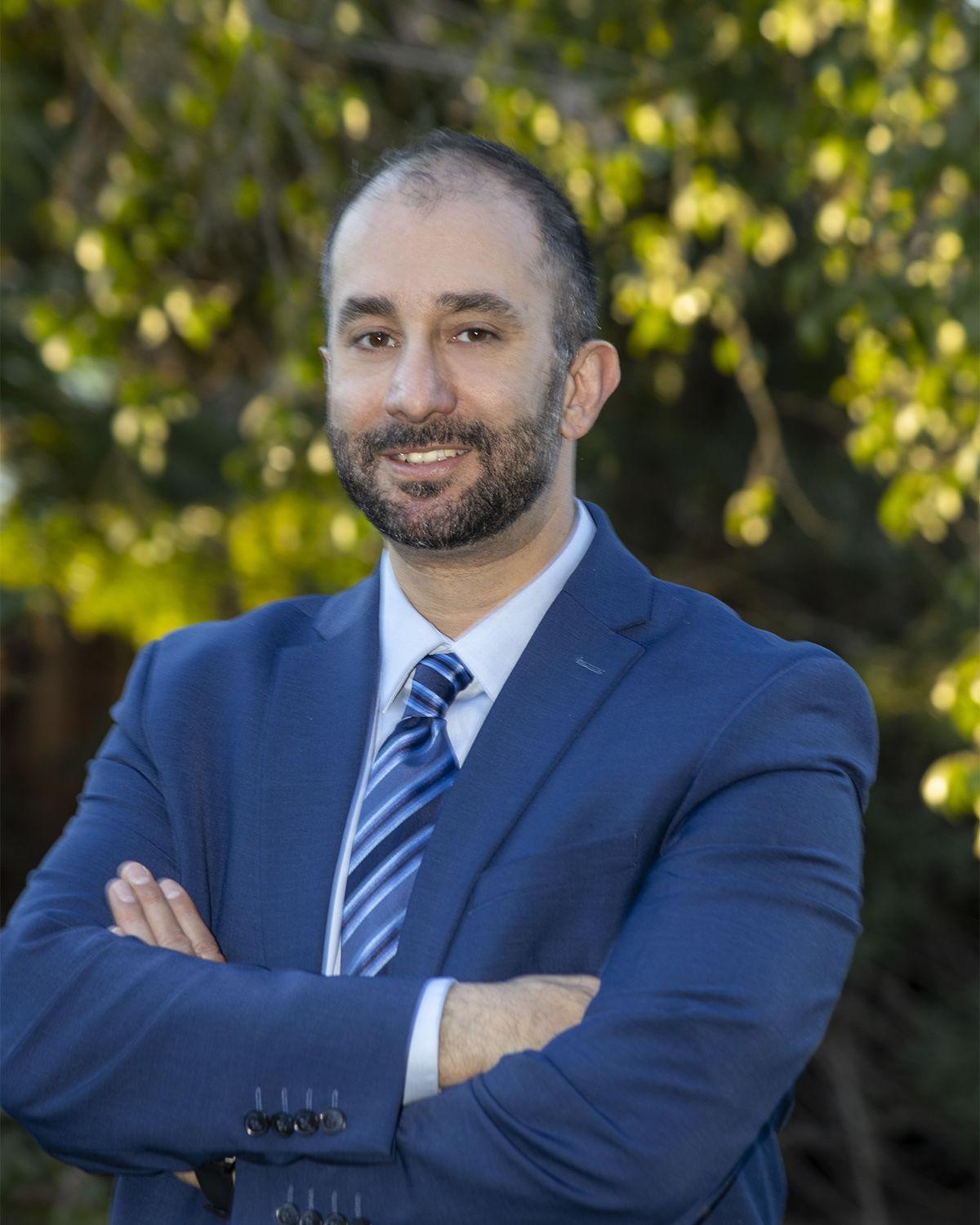 David Abbasi has pleaded no contest to a misdemeanor charge of carrying a concealed gun in public.

David Abbasi has pleaded no contest to a misdemeanor charge of carrying a concealed gun in public.

Political challengers licked their lips after Leticia Perez admitted to conflict of interest violations related to the marijuana industry earlier this year, but the Fifth District supervisor has made it clear she will not be unseated without a fight.

As the newly-minted chairwoman of the board, Perez is positioning herself as a woman who can get things done, both at the state and local level.

Four candidates have stepped forward as alternatives to Perez. All say the Fifth District is in poor condition, implicitly blaming Perez for what they say is inaction to address public safety and infrastructure issues, while Perez defends her record.

Ben Valdez Jr., 35, is making criticisms of Perez a central part of his campaign.

“We see our supervisor when it’s election time,” he said. “I feel like most constituents that I’ve talked with feel like we’re tired with the bad leadership. We don’t think that anybody is above the law.”

Valdez is a realtor for Miramar International, and said he was born and raised in Bakersfield. He received a philosophy degree from Cal State Bakersfield and does volunteer work with local nonprofits.

He said he hopes to restore the integrity to the Fifth District if elected. He decided to run, he said, because he asked himself if the district was in better shape than it was eight years ago, when Perez first took office.

In the end, he decided he needed to put his hat in the ring to change the leadership at the Board of Supervisors.

“The fifth district has many issues. To limit it to one is almost impossible,” he said. “It’s about standing up and saying that our district is no longer for sale. We want a leader that can actually be present to lead.”

Ronnie Cruz, 57, said his main reason for running was public safety. The high number of homicides in the Fifth District have gone on for long enough, according to the candidate.

“I want people to walk in the fifth district like they walk in Seven Oaks, to feel that safe,” he said.

He added that he was involved with a gang violence reduction program in Los Angeles in the 1980s, and would work to bring a similar program to Bakersfield. Perez, he said, did not hold the sheriff’s office accountable for reducing the homicides in the Fifth District.

Cruz is a local sales account manager at El Popular, the only all-Spanish newspaper in Kern County. He used to travel the country while working in the railroad industry, and hopes to bring the lessons he learned to his district.

He brought up Perez’s recent deal with the Kern County District Attorney’s Office, in which she admitted her husband accepted $30,000 from marijuana interests and she participated in a marijuana vote.

“When you take a plea deal, you’re guilty,” he said. “If you’re really truly innocent, you would have fought it. And I’m not like that. I have honor and integrity.”

Perez, 43, said she can’t imagine her deal with the DA will not impact her chances at reelection. Although she is still bound by the gag order related to the case, she said she views it as her duty to put her qualifications before voters once again.

“It is the best job I’ve ever had. It’s the favorite job I’ve ever had. I don’t think I’m this good at anything else. So if it is time for me to move on I will do so, but it won’t be without putting up a hell of a fight,” she said. “I am grateful for the opportunity to move forward, and I’m looking forward to a new chapter with my district, and with my county. I think everybody is looking forward to moving on.”

She said she would prioritize infrastructure improvements in the area around the new Dr. Martin Luther King, Jr. Elementary School, along with job development programs along the lines of the Arvin High School dual enrollment program she helped launch.

She is confident she can deliver results to the Fifth District and beyond, saying her office has always been responsive to her constituents.

“There isn’t anybody who can challenge me in producing outcomes,” she said.

Recently, she has defended Kern County’s oil industry. With the state seemingly on the verge of cutting back the state’s oil production, Perez has positioned herself as someone who can work out a compromise with state officials.

Perez has served on the board since 2013.

Former friend of Perez, David Abbasi, entered the race hoping to eliminate the corruption he says he sees at the Board of Supervisors.

“When I saw local jobs being lost or given to outside interests and after seeing corruption in local government, I decided to run for supervisor,” he said. “We need to bring ethics to local government and restore power to the people.”

Former medical marijuana dispensary owner Abbasi, 41, was one of the people involved in the DA’s investigation against Perez. He paid Perez’s husband, Fernando Jara, $5,000 in 2017 for Jara to work as a consultant.

He is a local political coordinator and has been involved in running petitions nationwide. His efforts to advocate for local medical marijuana initiatives has been widely noted.

He said he had a long list of priorities to tackle if elected.

“We need to create new jobs, new industry, new development for people to be able to have opportunities,” he said. “We do not have enough opportunity here in Bakersfield.”

He discounted the Bakersfield Police Department’s confiscation of his firearms, which is the source of an ongoing court case, calling it political retaliation to ruin his reputation.

Echoing common themes heard throughout the race, Ricardo Herrera, 41, sees a myriad of issues in the Fifth District. But he sees the issues going back for decades.

“There’s a laundry list of issues that we feel haven’t been addressed by the current people that serve us,” he said. “In my case, there’s so many things going wrong with the way the county itself has been operated the last 30 years.”

He said he opposed the $3 million tax rebate supervisors have proposed giving Amazon for opening up a fulfillment center just outside Bakersfield, claiming the money could have been better spent on workers salaries and local libraries.

If elected, he said he would review the salaries of county employees, including large overtime payments to firefighters, and would seek to introduce term limits to supervisors.

“This is getting out of hand,” he said of the county’s budget. “So I would just go over the $2 billion a year budget and make sure the Fifth District gets it’s fair portion of funds.”

will the Democrat without a lot of baggage please raise their right hand so I can vote for them........thank you

Yeah, because you'd never think to vote for someone without a "D" next to their name, would you?