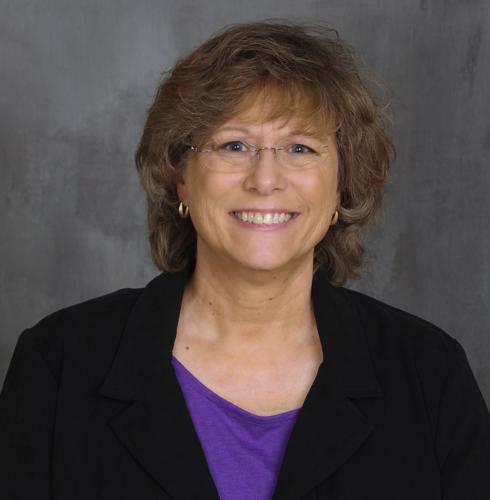 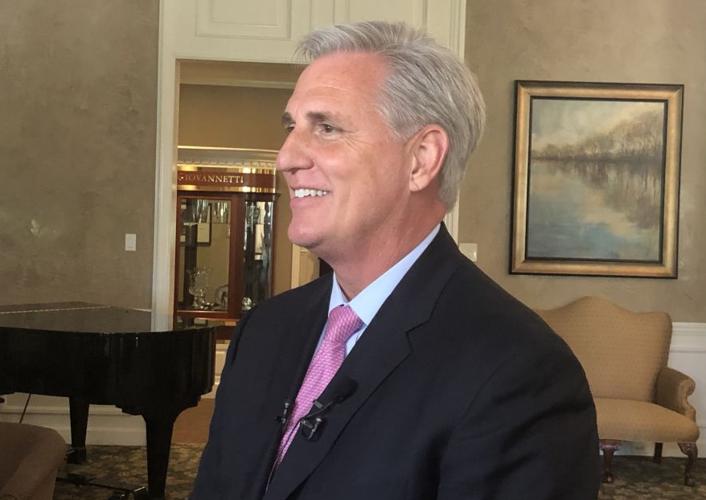 A political newcomer is squaring off against one of Kern County's most seasoned politicians in a congressional primary seen as little more than a warmup for November's general election.

In California's "jungle primary" system, the two top vote-getters will proceed to the general election. This means that unless a write-in candidate steps up, Democratic contender Kim Mangone will face incumbent Rep. Kevin McCarthy, R-Bakersfield, on March 3 and again Nov. 3.

McCarthy, the House minority leader and a close ally of President Donald Trump, has held California's 23rd Congressional District seat since 2007. He enjoys strong name recognition in a district where Republicans have 40 percent of voter registrations to Democrats' 29 percent.

He said the primary seems a little irrelevant, given that both candidates are virtually assured to move on to the November ballot. To him, the election is more about supporting Republican congressional candidates elsewhere as his party attempts to regain control of the House.

But he admits he doesn't know how well Mangone will do.

"There should be a big Democratic turnout," he said, "but I feel confident in my ability to win votes from all parties based upon my work for the district, my willingness to work with all sides and the successes we've been having."

Mangone, who has never held political office, sees the primary differently. A U.S. Air Force veteran and former systems engineer living in Quartz Hill, she hopes to demonstrate her ability to organize an effective campaign and "let people know that, yes, I'm out here."

She presented herself as a candidate who not only has a proven ability to identify problems and come up with solutions, but also a person who, having earned a college degree as a single parent, has "walked in a lot of people's shoes."

"What I bring to the district is not only my experience but involvement in every day living," she said.

The two candidates have different approaches to campaigning. While McCarthy enjoys an advantage as the incumbent and offered no substantial criticism of Mangone, his opponent has come out swinging.

McCarthy touts his close relationship with the president as beneficial to the district. It has led to progress on international trade agreements, he said, and brought in federal money and helped focus attention on the need for more water infrastructure in California.

He saved his criticism for the Democratic House majority, which he said has squandered its advantage by concentrating on impeachment.

"They have offered or issued more subpoenas than they created laws," he said.

Mangone, meanwhile, accused McCarthy of failing to support the district's Latinos and his constituents' access to health care. She said that although voters benefit when their congressional delegates work with the White House, McCarthy is "blindly following the president and I object to that."

A priority of hers, she said, will be job training. She noted that companies developing renewable energy in Kern have done so using labor from outside the state.

"Why aren't we training our people, our unemployed people?" she asked. "We should be training people."

The county's Democratic Party did not respond to a request for comment. But Clayton Campbell, an executive committee member of Kern's Republican Central Committee, said he doesn't see March's primary as significant at all and that the outcome of November's general election is all but secured.

He agreed Democratic voter turnout might be strong but that it depends on who wins the Democratic presidential nomination. He added that Republican voters are "very motivated right now."

"Kevin McCarthy will likely get reelected and he's going to be speaker of the House," Campbell said.

To qualify as a write-in, candidates must submit proper forms to the county registrar of voters and either pay a $1,740 fee or turn in a petition with 2,000 signatures. Anyone gathering fewer signatures than that can get a discount on the fee.

The 23rd District extends across parts of Kern, Los Angeles and Tulare counties. It covers most of Bakersfield and portions of the northwest Mojave Desert, the Tehachapi Mountains, the southern Sierra Nevada and Lancaster.

ELECTION 2020: The term 'safe district' may be an understatement for Fong in the 34th District

As an assemblyman in the 34th District, Vince Fong has plenty of tasks to accomplish this year.