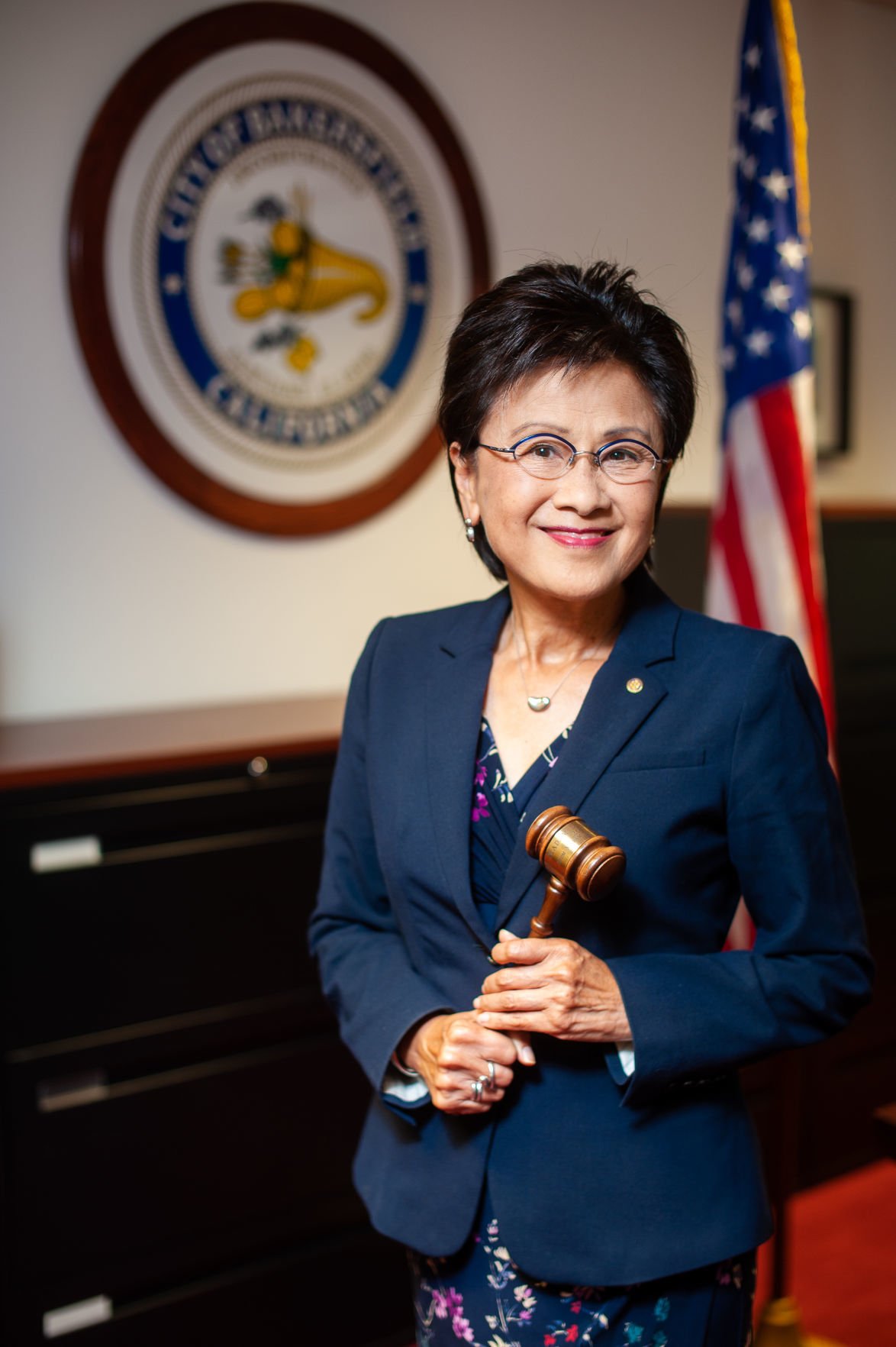 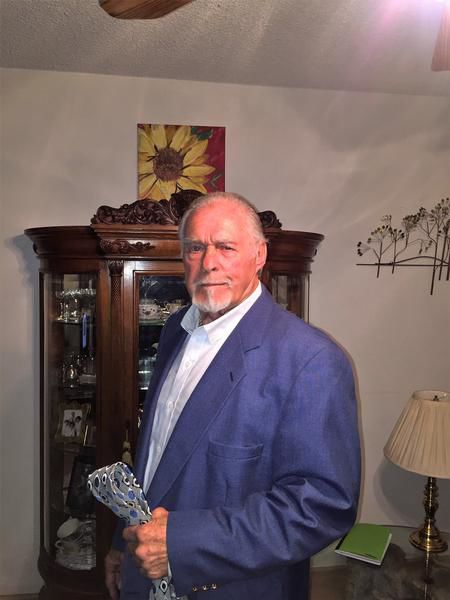 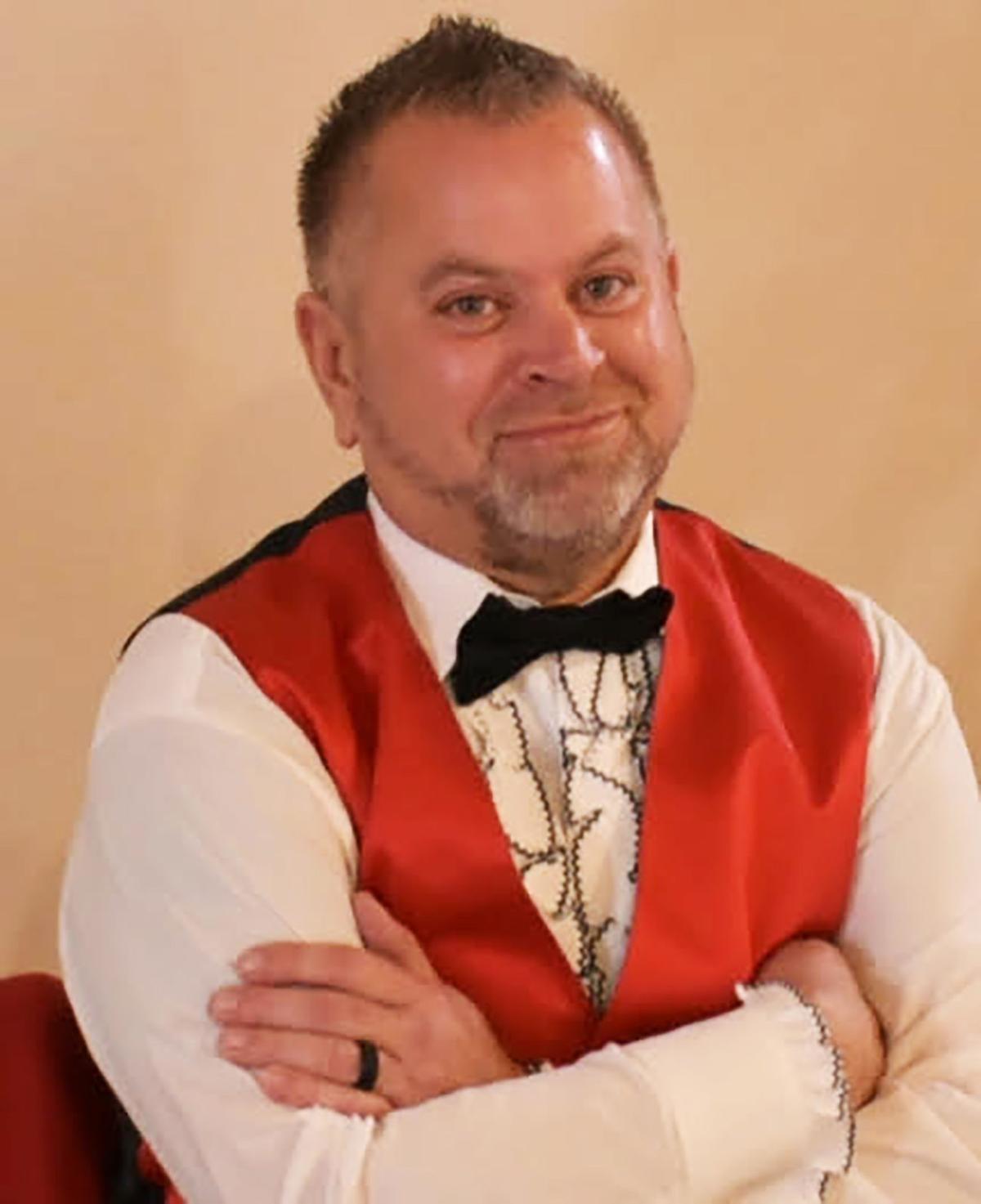 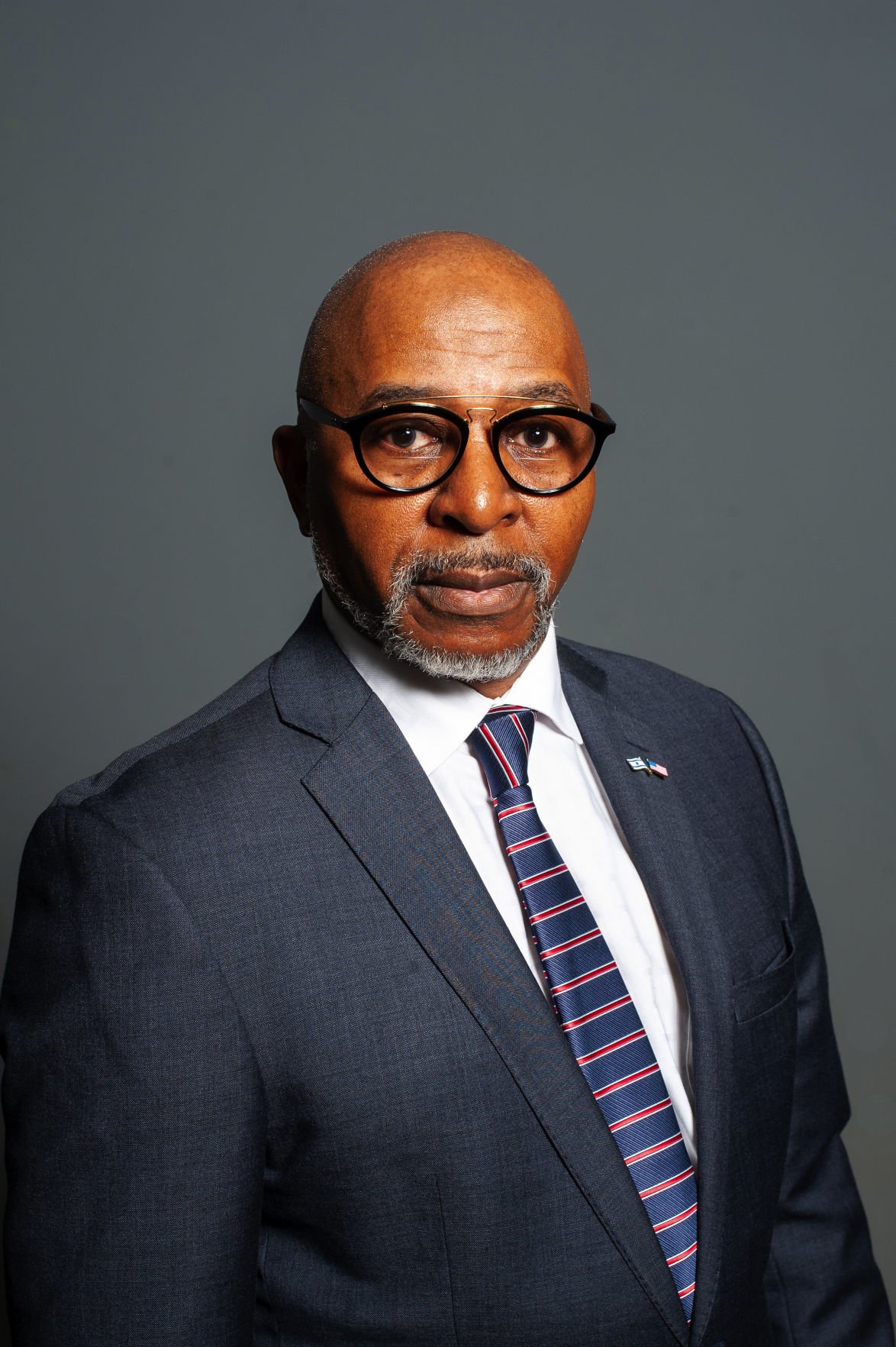 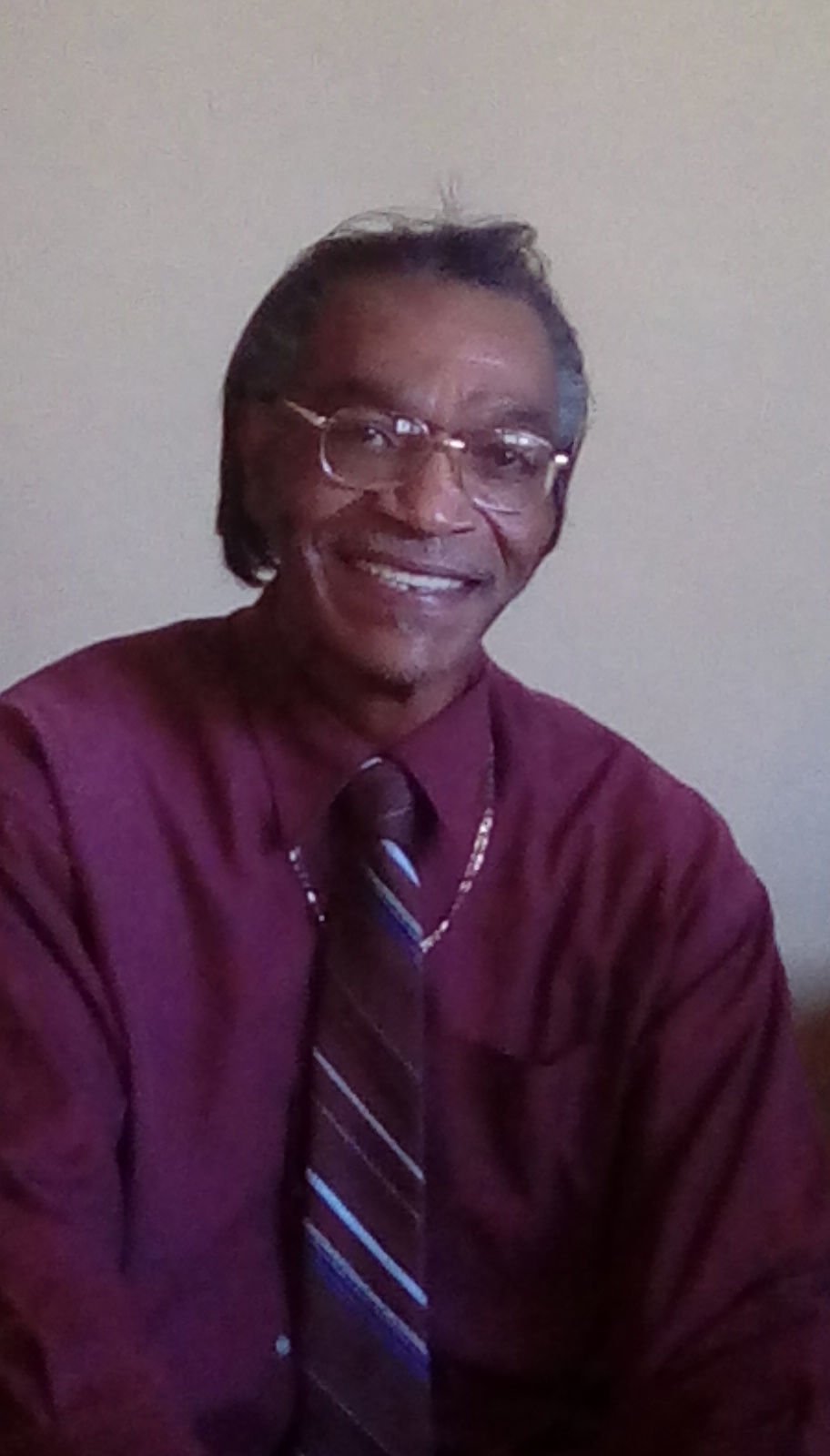 As mayor's races go in Bakersfield, it will be hard to ever top the 2016 election, when 25 candidates vied for the largely ceremonial position of promoting the city, attending events, cutting ribbons, shaking hands and, in rare instances, casting a tiebreaking vote on matters before the City Council.

This time around, the field features five candidates: the 2016 winner and incumbent, Karen Goh; two men who have run previously for the seat, Gregory Tatum, a pastor, and Joseph Caporali, a filmmaker; and two write-in candidates, Joey Harrington and Mark Hudson, both small-business men. (Write-in candidates do not appear on the ballot but gain votes if their names are written in the blank space provided.)

In 2016, Goh eventually won in a runoff election against former homebuilder Kyle Carter, with 53 percent of the vote and by a margin of more than 6,000 votes. The mayor's race is won outright on March 3 by any candidate who gets 50 percent of the vote plus one additional vote. If no candidates does, the top two vote-getters square off in the general election.

Goh, 64, grew up in Bakersfield and went on to have a career with a Fortune 500 publishing company in New York City before returning home to work for Garden Pathways nonprofit. She remains president and CEO of Garden Pathways and also had a stint as a county supervisor.

In the three years since she was elected mayor, the Bakersfield High graduate who went on to study at University of Southern California estimates she's presided over about 1,000 ceremonies as part of her public duties. But it's the stuff beyond the job description she relishes — like tackling homelessness. It's an issue she describes as complex and one that no single person can solve. Though nothing in the mayor's job description requires it, she spends time working to bring people together and create teams to tackle the issue.

"We need to address the needs of our communities to help our community thrive. I just take that to heart," she said. "So there’s no real limitation there. I continue to have these meetings and work. If I leave the office at 2 a.m. so be it. What I choose to do above (the mayor's basic duties) is who I am and I can use my influence to work together with so many others."

She wants to continue as mayor, she said, to help meet the challenges of a growing city and because she believes "with more hard work, our streets and neighborhoods will thrive."

With no challengers who come close to the level of name recognition of 2016 opponent Carter or matching her experience in government, business and the nonprofit world, it seems unlikely she will be unseated. But that has not deterred several city residents who look around their community and feel they could do better.

All four of Goh's challengers mentioned homelessness as an issue that prompted them to run with varying solutions to solve the problem.

Tatum, 60, a pastor for Change Community Church and former Army veteran, said he wants to assemble a taskforce dedicated to studying and solving the homeless problem. He would also study ways to prevent homelessness by locating the people who are "a paycheck away or a day care bill away" from homelessness, he said.

Married for 42 years, Tatum said he's "more family-oriented than Goh" and his previous work in east Bakersfield and places like Compton have given him an advantage in helping youth and working to improve areas that struggle with gang and drug problems. He hopes to particularly focus on reducing the rate of sexually transmitted diseases among young people and providing them opportunities to learn coding, gaming and space exploration as a counterweight to the traditional agriculture and oil jobs in the community.

Joseph Caporali, 88, says he is "strong as a bull," and is running to give the people a voice. In an interview with The Californian, he talked about wanting to help the homeless but offered few ways to do it.

He joked that he would need current mayor Goh's help if he took over her position.

Caporali said he would be in the community every day working for the people if elected, not "out at some country club playing golf."

Write-in candidate Hudson, who said he's owned various janitorial businesses, car washes and window-cleaning services, also spoke of the people, specifically giving the vote back to them. He said he will put issues that come before the city to a vote of the people, but didn't elaborate on how he would do that.

The 62-year-old said he's running for the position because he doesn't feel Goh has made an impact.

"I don't see the change that's occurred under her as mayor," he said.

Hudson spoke against sanctuary cities, even though Bakersfield is not one, saying that it leads to people living in fear and not able to reach their true potential. And on the topic of homelessness, he said he would build detox and rehabilitation centers instead of a homeless shelter, which he called an "idea from the heart."

"Instead of helping them get on their feet, you’re giving them a one-night help, a bed-and-breakfast situation," he said of homeless shelters.

“Tough love, that’s what I’m bringing to Bakersfield," he said.

Asked why he's running for mayor, Harrington, a father of six and a small-business owner, also cited homelessness.

"I just see things getting worse and worse and as a small-business owner I’m dealing with a lot of homeless people," he said. "Every time I do business, I hear customers say they’re scared to come up here because the homeless are out here, actually being kind of rude and sometimes violent."

Harrington, 49, said he operates several businesses under Express Enterprise but did not want to say what they were. He also cited a desire to improve schools — though that is not within the purview of city government — and improve the business climate. He said he would also promote more police involvement in the community.

The mayor's position pays $24,000 a year and comes with an approximately $8,000 car allowance and the option to receive city benefits.

Major issues facing the city: homelessnes, STDs among youth, new career opportunities focused on Science other than oil and agriculture

Previous public office: Unsuccessful runs for mayor in 2008 and 2012

ELECTION 2020: Salas and Cotta to face off in March primary, but is it just a dress rehearsal for November?