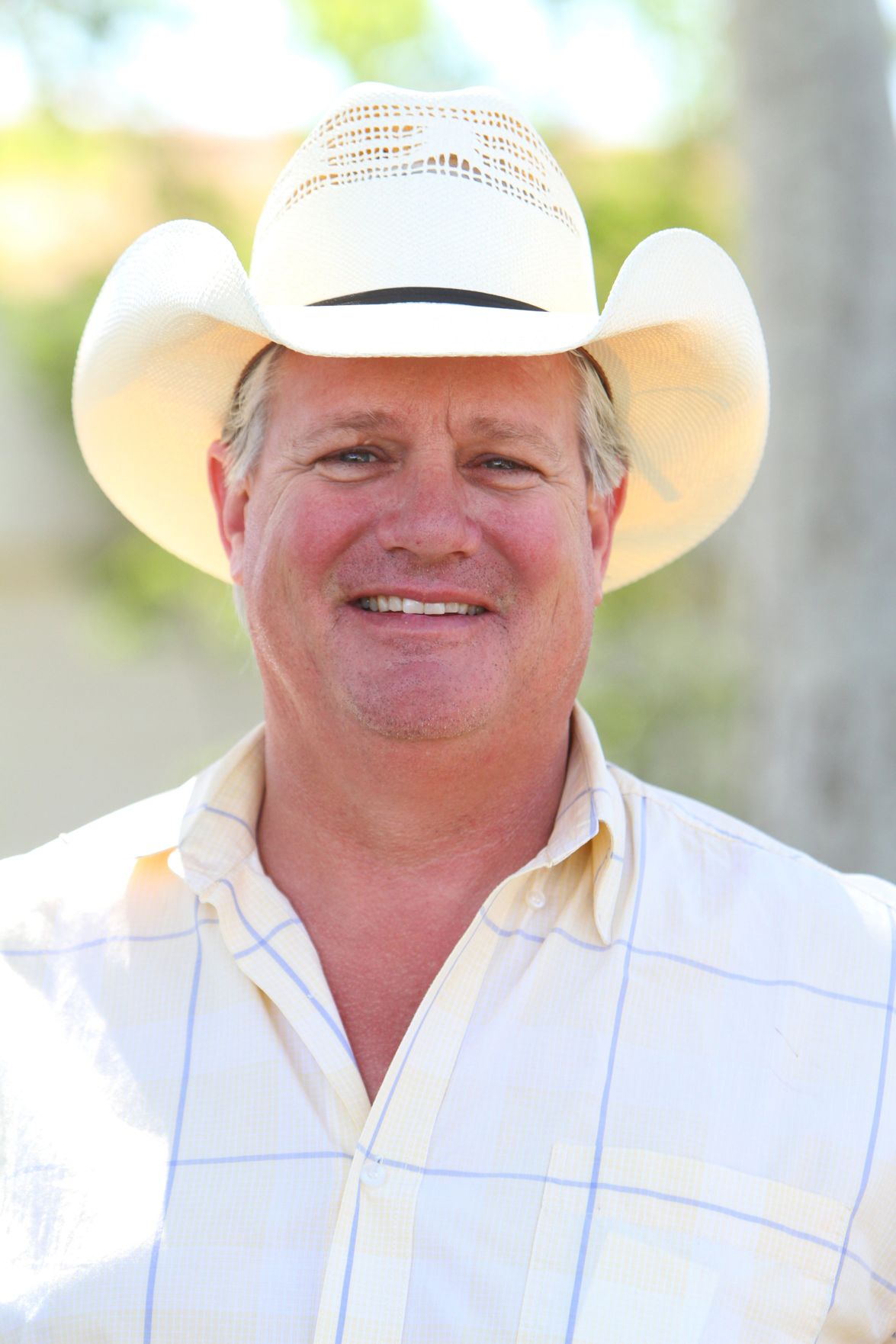 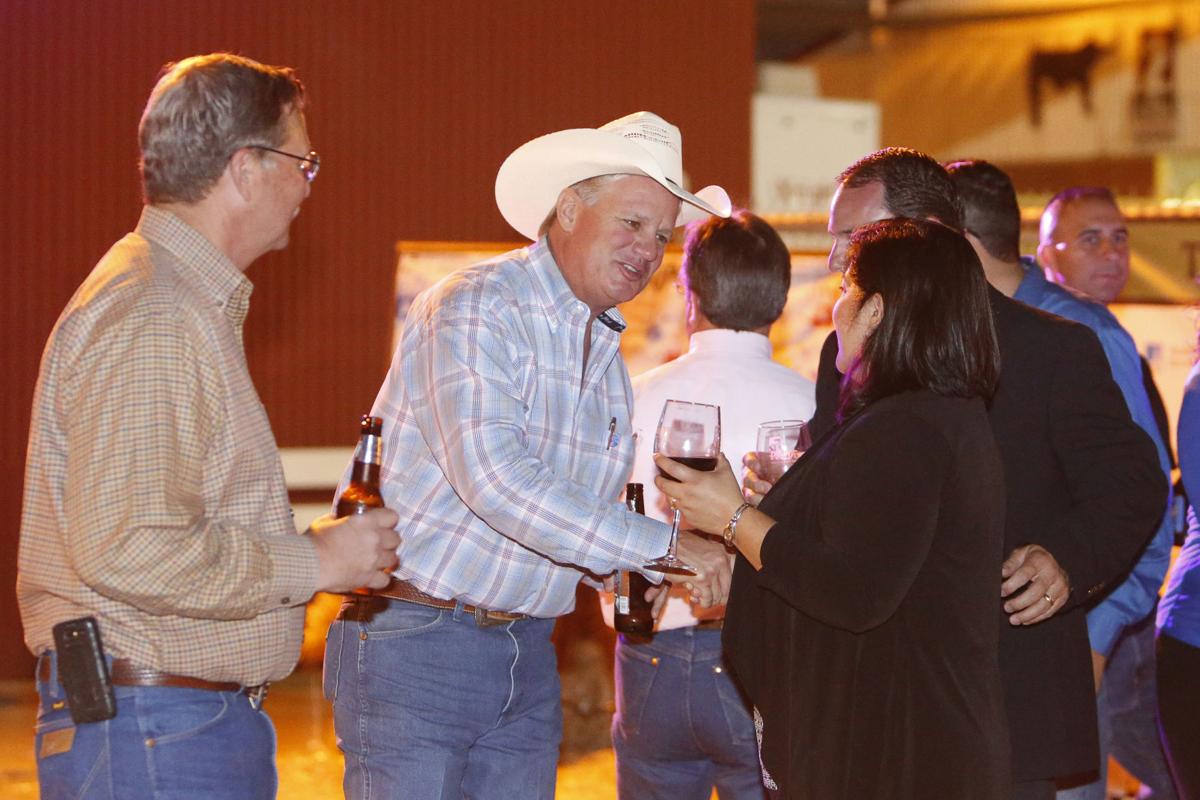 Andy Vidak meets with some of the guests at the Kern County Farm Bureau's Bounty of Kern County event.

Andy Vidak meets with some of the guests at the Kern County Farm Bureau's Bounty of Kern County event.

Andy Vidak spent Wednesday and Thursday at his ranch in Orosi, where he has 20 acres of lemons. He cleared his head from the stress of election night — and a shocking, 3,000-vote deficit — by working on fixing a water trough that services some cattle of his father's.

"It's amazing what getting back here after focusing on an election can do for you," he said. "You look at things with fresh eyes."

He said he was surprised by Tuesday's results, which have Sanger City Councilwoman Melissa Hurtado with a 4 percentage-point lead, but he believes the numbers could still change in his favor.

In Kings County alone, the whole of which is in his 14th State Senate District, some 7,900 vote-by-mail ballots are still to be tallied — and that doesn't include 1,600 provisional ballots. In Kern County, 53,000 mail-in votes are still uncounted, as well as 15,000 provisionals, although a relatively small portion of the district flares south into this county. Same in Fresno County, where 76,000 mail-in ballots are uncounted, as well as 24,000 provisionals.

If it does go Hurtado's way, Vidak said, "It's been an honor and we've done a bunch of great things, but if Melissa is indeed elected I wish her all the best. It's a great district.

"I did enjoy the job," Vidak said. "I was excited every Monday to go up (to Sacramento) and represent this district and speak for my constituents."

If the vote holds and Hurtado wins the seat, however, Vidak said, he's not going away.

Hurtado was not available for comment for the second straight day. A spokesman said she has scheduled a media availability for Friday in Fresno.

Hurtado had 42,671 votes and 51.9 percent of the vote as of Thursday evening; Vidak, a Kings County grower, has 39,543 votes, or 48.1 percent of the vote. Those updated numbers from Thursday brought Vidak 200 votes closer to Hurtado than he was the day before.

That's a 3.8 percent lead, but in terms of raw numbers, just 3,128 votes. Vidak would need to win about 5,700 of those 7,900 Kings County votes in order to take back the lead, but that assumes all accepted provisional ballots and the relevant mail-in ballot results in Kern, Fresno and Tulare counties are roughly split.  It's impossible to know which ones would apply to the 14th District race, which includes all or part of the four counties.

Vidak was trying not to get too high or too low.

"You take it for what it is," Vidak said. "It's gonna be closer than it is now. The 7,900 (uncounted ballots) in Kings alone will impact the final total. Even Justin Mendes (who is trailing in his 32nd Assembly District race against incumbent Rudy Salas) could be affected."

Vidak expressed no regrets about his campaign.

"We thought we were doing better than the numbers turned out," he said. "We ran a good campaign. We did what we were supposed to do. But it's a 19-point (Democratic registration advantage) district."

He noted that the district he serves now won't be exactly the same district he could potentially seek again. "The whole thing is gonna be redistricted. The census is gonna change things."

Vidak has been through this before, and it's not completely a bad thing.

"I remember after I ran for the (Jim) Costa seat," he said, referring to his failed challenge of the Central Valley Democratic congressman in 2010. "When I came back to my Hanford ranch (afterward) I had fresh eyes. I came back with a different attitude. Maybe it's something you've seen every day for years that suddenly looks different and, you're, 'Why was I doing it that way?'"

The candidates are expecting a fresh batch of counted ballots Friday.