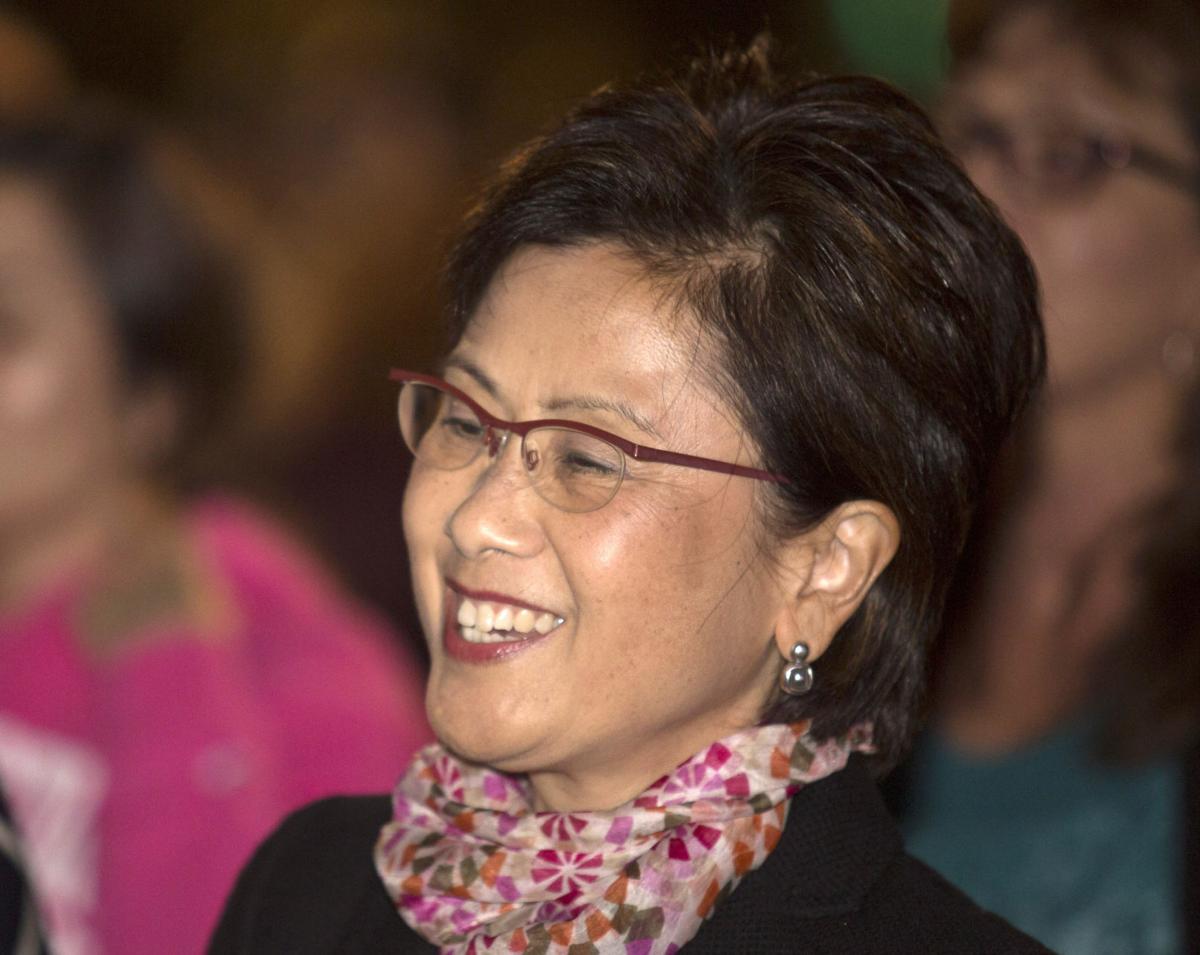 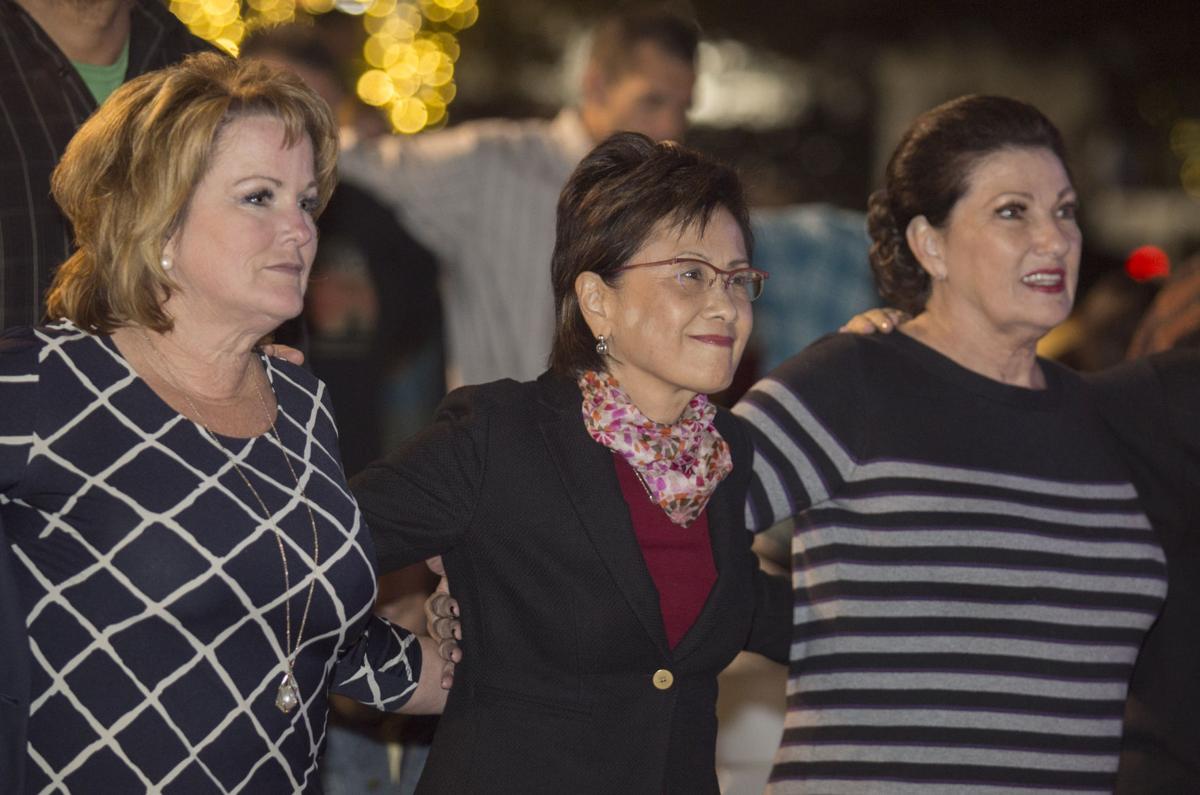 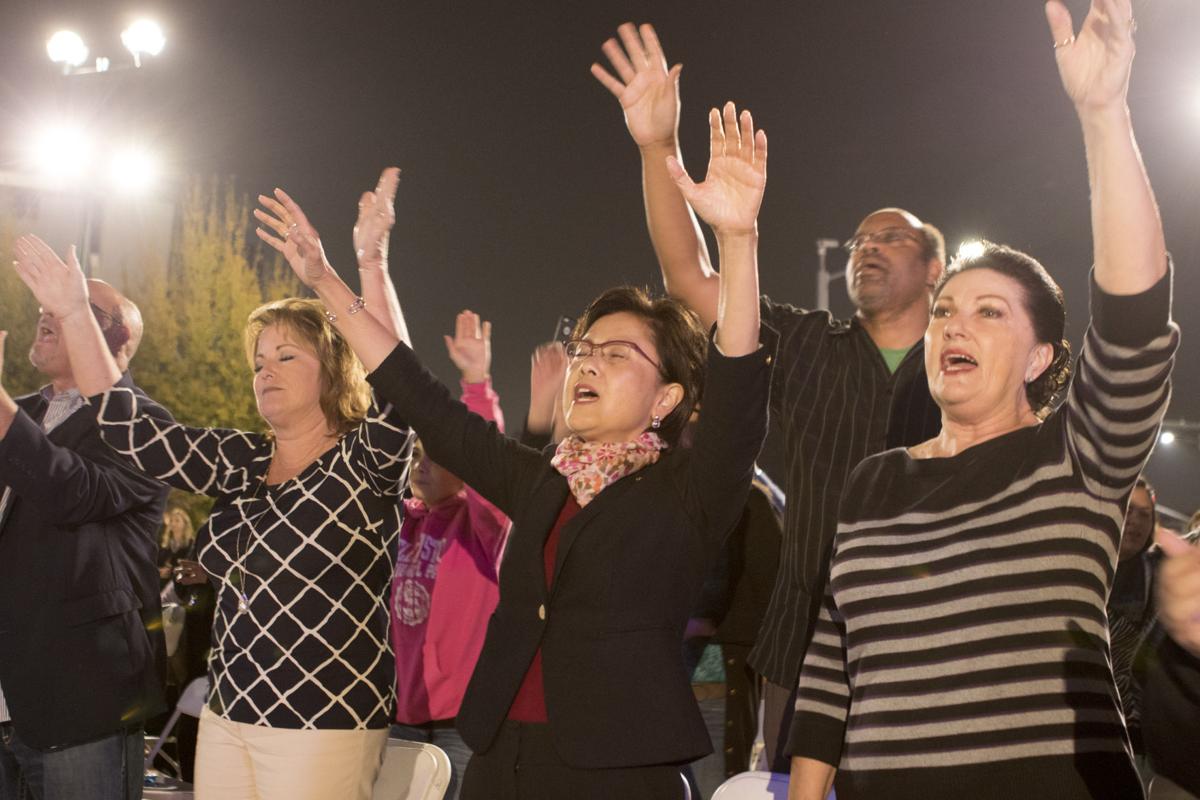 Grove, left, Goh and Goedhart hold up their hands in praise at the rally. 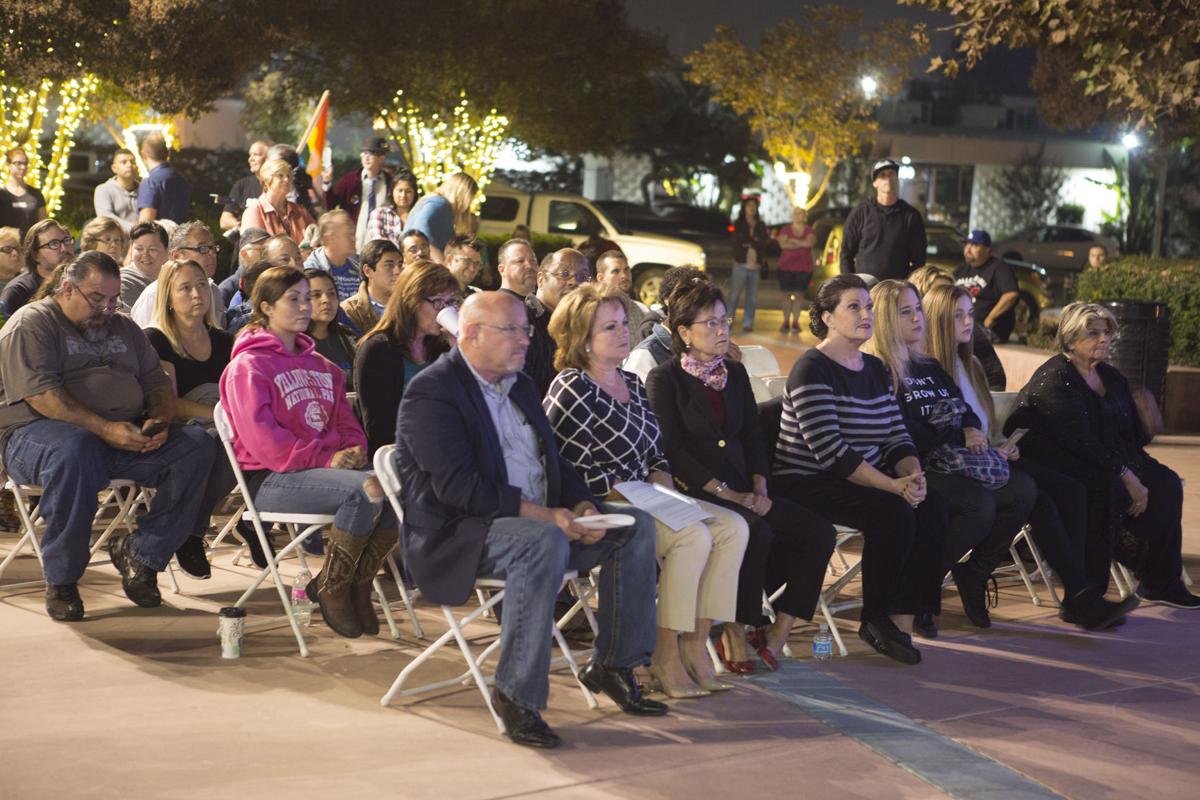 Grove, left, Goh and Goedhart hold up their hands in praise at the rally.

Kern County elections officials released the results of more than 51,000 additional ballots at 6:22 p.m. Monday — more than half the ballots Kern County had yet to count.

The update pushed Goh's growing lead to 5,057 votes over former homebuilder Kyle Carter, increasing her share of the 101,533 valid votes cast in the mayor's race by a whole percentage point, to 52.5 percent.

Goh claimed 56 percent of the 23,775 ballots shared between the two candidates in Monday's tally release.

Kern County elections chief Karen Rhea said Tuesday that 29,971 ballots remained to be counted. Judging from the strong trend in voting for Goh, those will only widen her advantage over Carter.

However, Goh wasn't willing to declare victory Tuesday, saying she wanted to "wait for the elections office to do its work" of counting all the ballots. Rhea said the county probably won't certify the results until around Dec. 2.

"I want to be respectful of the process," Goh said repeatedly.

Carter held a small 169-vote lead over Goh when the results of early vote-by-mail ballots were released just after 9 p.m. on election night.

But that advantage evaporated at around 10:40 p.m. when the first update of poll numbers came in and pushed Goh to a seven-vote lead.

Now it's more than twice that.

To flip the race, Carter would need to win 67.9 percent of the remaining uncounted votes estimated in the city of Bakersfield — a virtual impossibility in this tight neck-and-neck race.

And, practically, that hurdle will be even higher because a substantial number of votes cast in the mayor's race — 4,868 so far — have been "under votes."

But there was a concerted write-in campaign launched by a group of gay, lesbian and transgender advocates dissatisfied by both Carter and Goh's stance on LGBTQ issues.

The Queer the Vote group's goal, as stated on its Facebook page, was "to promote diversity, embrace individuality and advocate for a more accepting community. We will do this by giving voters an alternative choice in the Bakersfield Mayoral election November 8, 2016."

It is uncertain how many of the under votes in the mayor's race were for the Queer the Vote movement. But there weren't enough Tuesday to swing the vote away from Goh.

Maxwell has already said he doesn't see a path to victory.

Gonzales has said he will spend his first days in office working to create a business improvement district downtown; zeroing in on problems caused by the existence of abandoned homes and vacant lots; and figuring out how to zone for marijuana sales given the approval of Proposition 64.

On a related note, the Bakersfield City School District board will now need to replace Gonzales, who has two years left on his term there.

Gonzales will attend his last BCSD meeting Dec. 13. Trustees have the option of calling for a special election to fill the spot, something unlikely because of its cost, or appointing a replacement for the remainder of Gonzales' term.

More than 76,000 uncounted ballots remained to be checked, approved and tallied in Kern County Wednesday.

Election season is officially underway as ballots go out

Announcing the winner of those presidential bobbleheads

The Californian recommends: A guide to California's crowded initiative ballot

How well do you know Hillary Clinton?

How much do you know about the Presidential Election?

How well do you know Donald Trump?