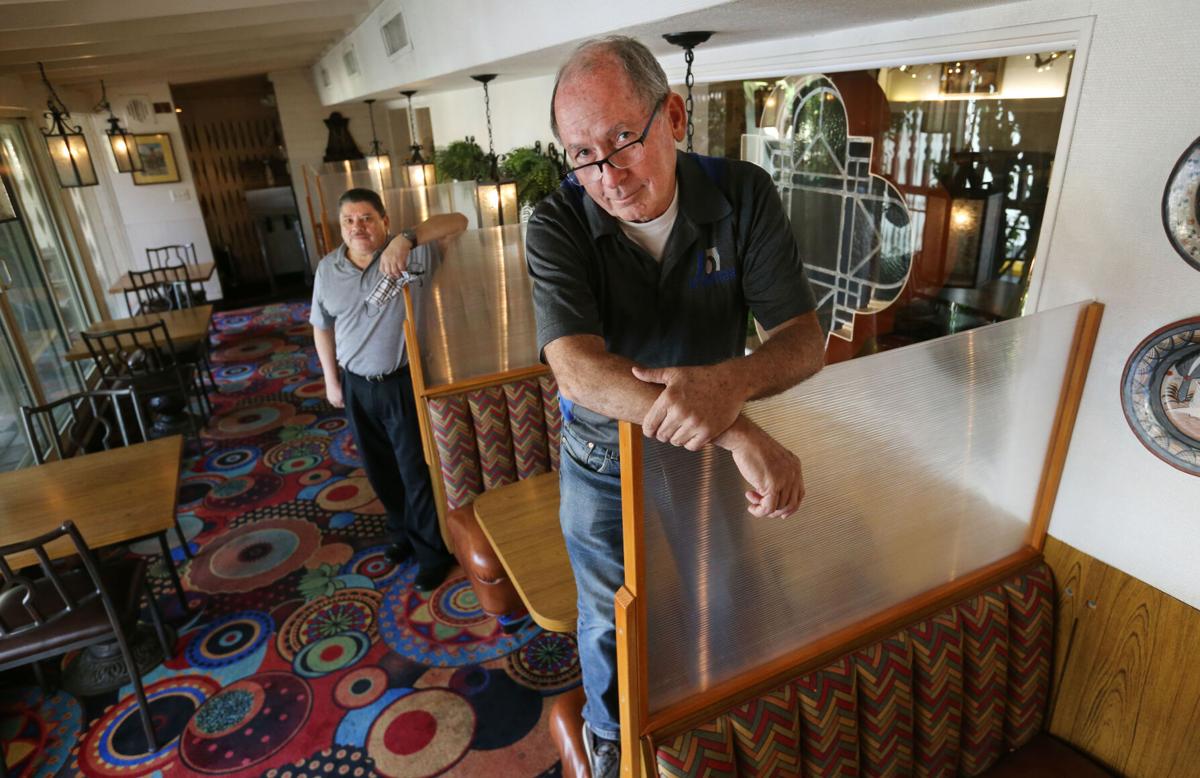 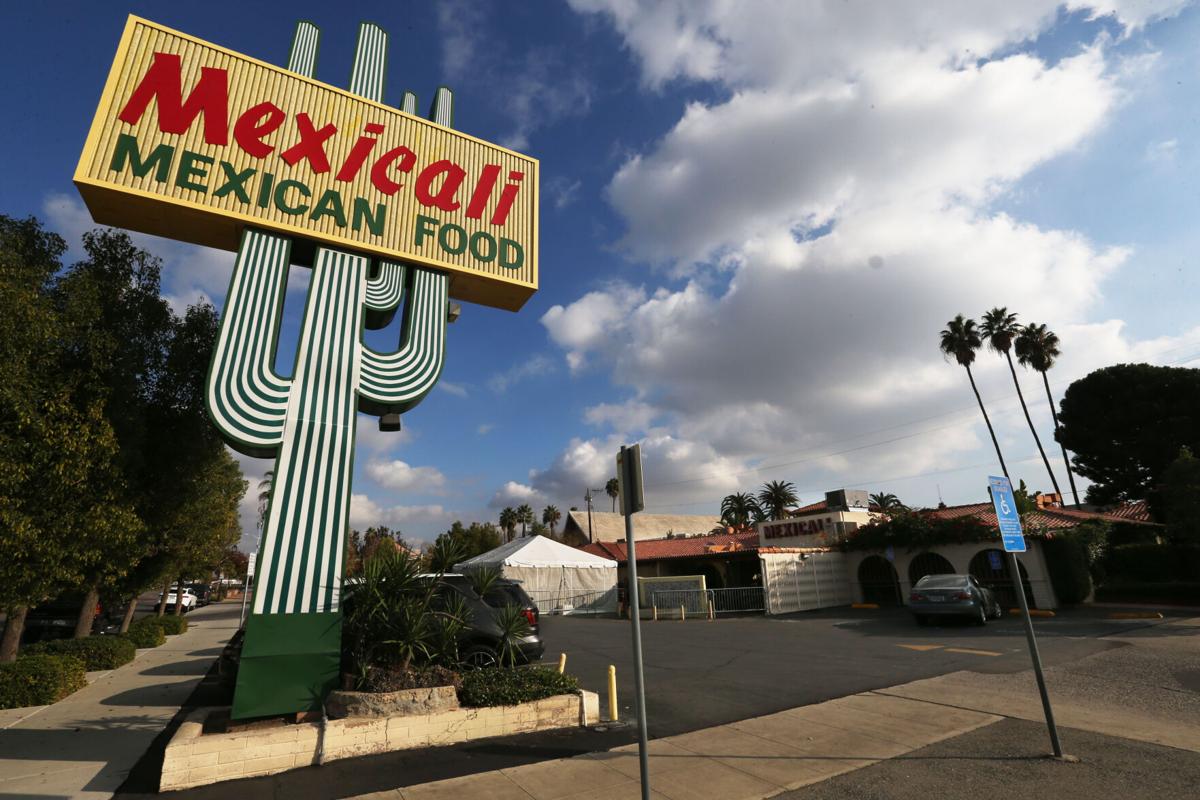 Mexicali on 18th Street has been able to stay open during much of the pandemic because of plastic shields installed inside the restaurant by Bakersfield Plastics.

Mexicali on 18th Street has been able to stay open during much of the pandemic because of plastic shields installed inside the restaurant by Bakersfield Plastics.

Bill Lever can't remember ever getting cheered for making plastic machinery parts, so he was surprised and warmed by the reception he got at a local Costco store early one morning this spring.

The owner of Bakersfield Plastics on Union Avenue had come to install the kind of plexiglass barriers that seem to have gone up everywhere during the pandemic. When store employees whooped upon his arrival, he was struck by the significance of what he was doing.

"You're relieving stress," Lever said. "You're helping people in that way."

Like drive-thru restaurants, makers of face shields and plastic barriers are among a relatively few industries that have done well during the pandemic. Law enforcement agencies, hospitals, banks, restaurants — all have placed urgent orders for plastic protection in recent months.

But local plastics companies say it hasn't exactly been a bonanza. They've suffered big sales declines in other areas of their business, and besides having to cope with a shortage of plastic sheeting worldwide, they've had to come up with custom solutions, often through trial and error.

Even now, Lever said, it's not terribly clear that the final product is the foolproof protection from COVID-19 that some might like to believe. But maybe it's worth it if the equipment makes employees and customers feel comfortable with their surroundings, he said.

Certainly, Mexicali Restaurant has seen a benefit. After Lever's company put in plastic barriers to separate dining booths, Manager Michael Guerra said, the restaurant has been able to make better use of its space and provide a greater level of reassurance to it guests.

"They do feel more comfortable having those up," Guerra said, adding the dividers are "working fine."

Domino Plastics on Gateway Court didn't even work with thick plastic until February. Its specialty for 50 years has been making vinyl protectors, pouches and wallet inserts. That business segment slowed drastically during the early days of the pandemic.

Quite by coincidence, the company bought a machine late last year that allowed it to expand into the use of thick plastics. It got the equipment ready to operate in February, just before the state's pandemic shutdown hit and people suddenly wanted plastic face guards.

Gradually improving its design over time, Domino made 700,000 shields for hospitals around the country, including local medical centers. The company donated some to the Bakersfield Police Department and other response teams.

"Everybody needed it yesterday," he said.

At one point the company's payroll doubled as employees' family members pitched in to work on what became two shifts per day. Since the initial rush died down Domino still employs five more people than it did before the pandemic.

There were learning moments, to be sure. Initially people wanted thin plastic shields for barriers in stores. But that approach, using acrylic for the most part, was too brittle and left dangerously sharp edges when broken.

Domino now deploys a thicker plastic, as well as super-strong polycarbonate, depending on the job. It also works with food-grade plastic for use at schools.

Bakersfield Plastics, the 25-year-old Union Avenue business Lever bought in the early 2000s, had mostly focused on making plastic parts for manufacturers including local food processors. That side of his business dropped off in spring as factories began putting off regular investments and maintenance.

But Lever's four-employee company also has years of experience making and installing sneeze guards for restaurants, and that was enough to win business at grocery stores, which he said was the first in a series of industries that came knocking.

After installing plastic barriers at Costco stores, WinCo Foods stores and an Asian market, Bakersfield Plastics started in at banks and credit unions. Quickly it became apparent, Lever said, that each job required a different design, be it a higher barrier or a narrower one.

Soon doughnut shops were calling and they weren't particular. "Just cover us in plastic," Lever said one of his customers told him.

Later on it was gas stations asking for his attention, then restaurants. All the while, the world was running short on plastic sheeting.

More of the material sold in March than in all of 2019, he said. To get adequate inventory, you had to know people.

"It was very relationship-based in April and May," he said.

Some customers who thought they knew what they wanted had to be convinced otherwise. As Bathe said, acrylic didn't work out as well as customers expected and in many cases it had to be replaced with a sturdier grade of plastic.

Another challenge was making wise use of limited supply. Lever had to discourage "sheet killers" who wanted barriers made with awkward dimensions that threatened to waste his stock of material.

Looking forward to winter, it's likely plastic barriers will become more common even than they are now, Lever said. But he doubts they'll be in demand past summer.

"Is it something to build your business on? Certainly not," Lever said. He added optimistically, "We hope that tomorrow they won't need them."