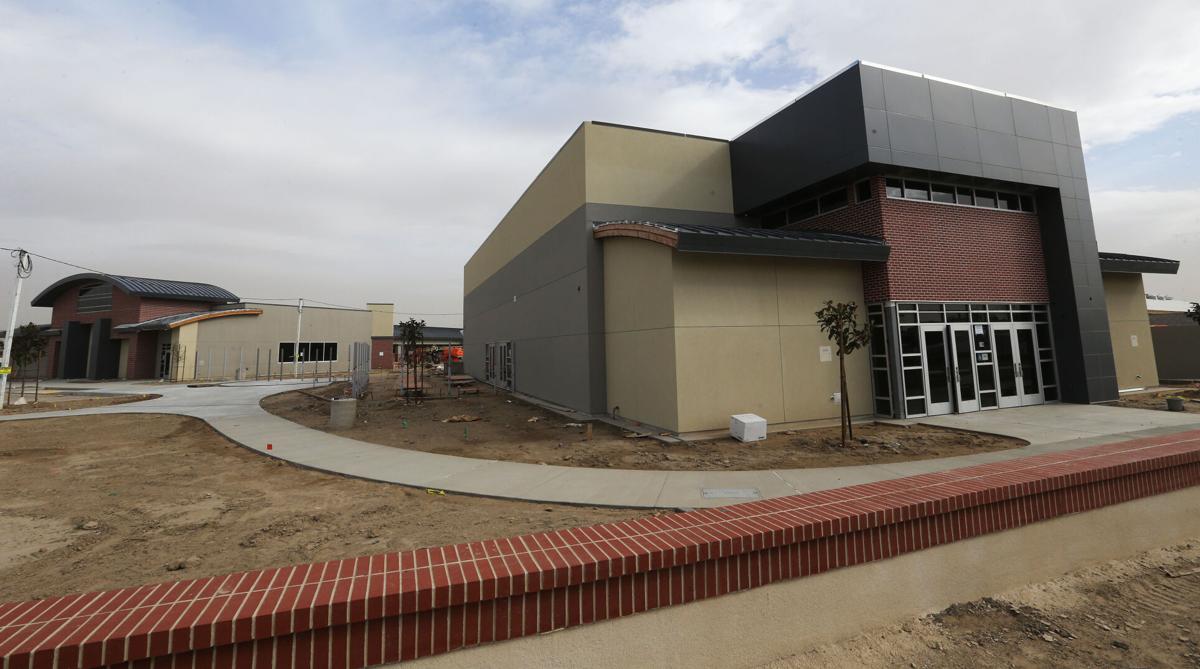 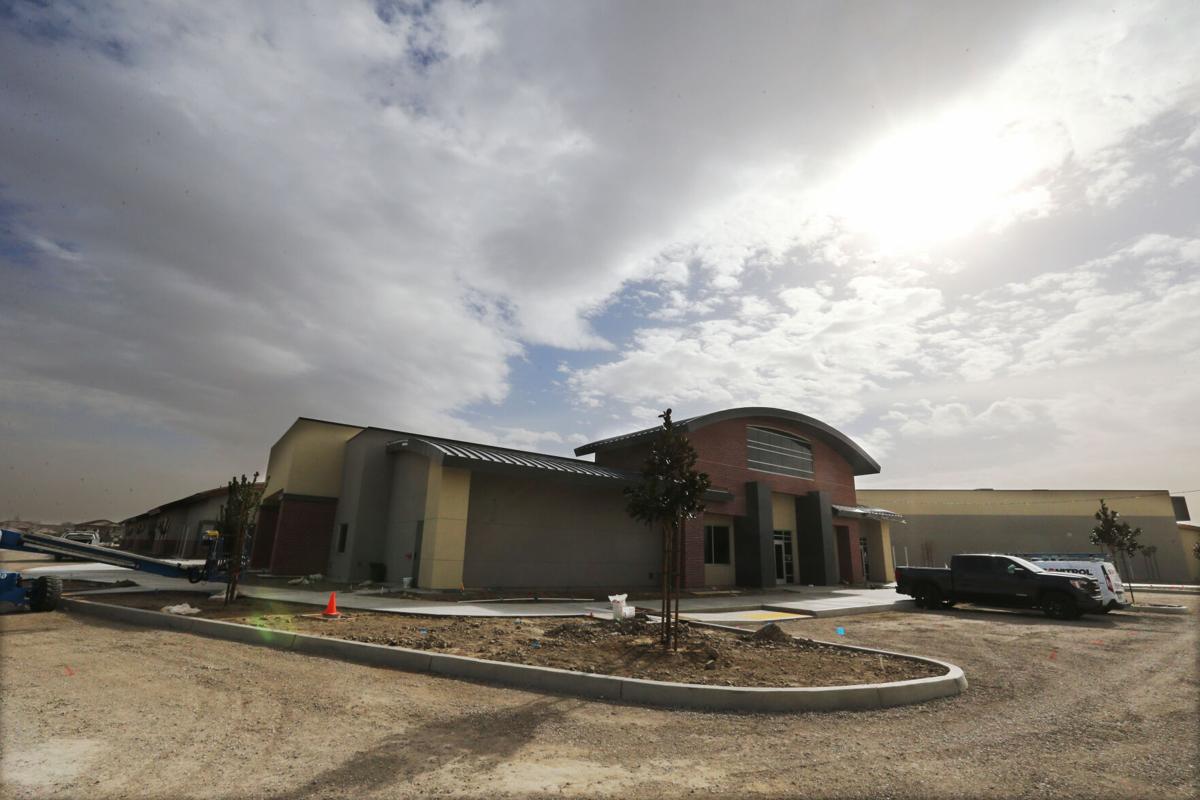 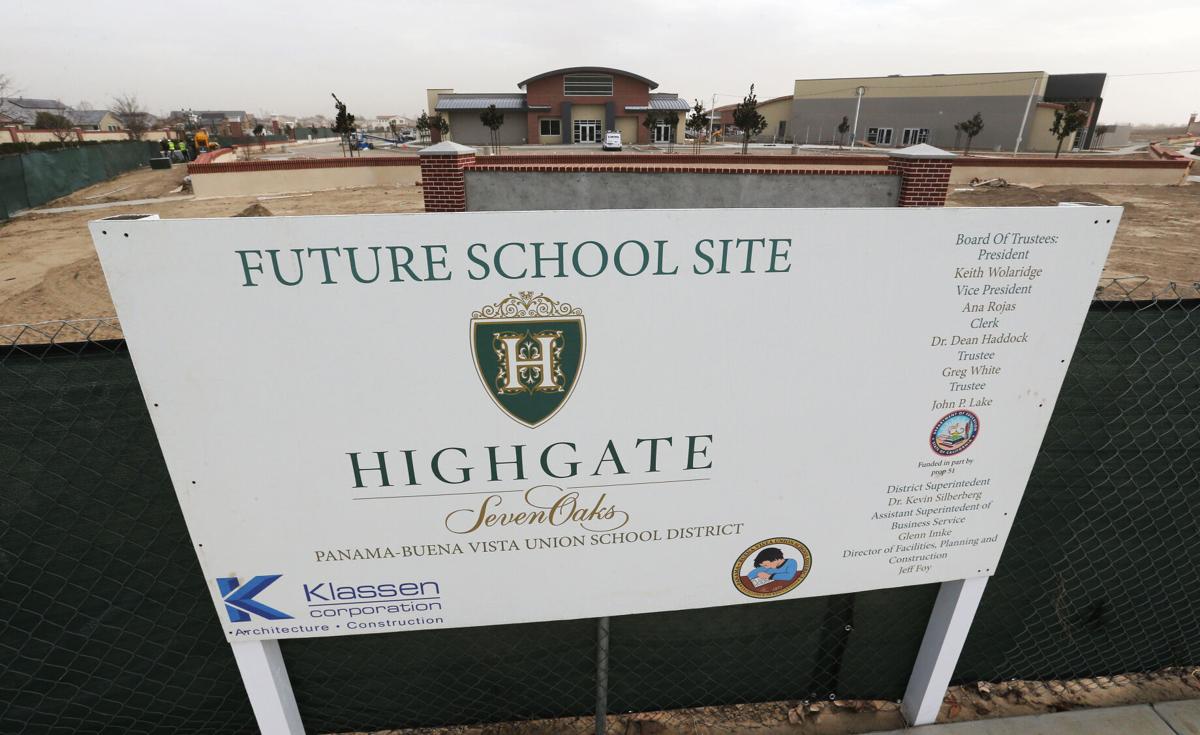 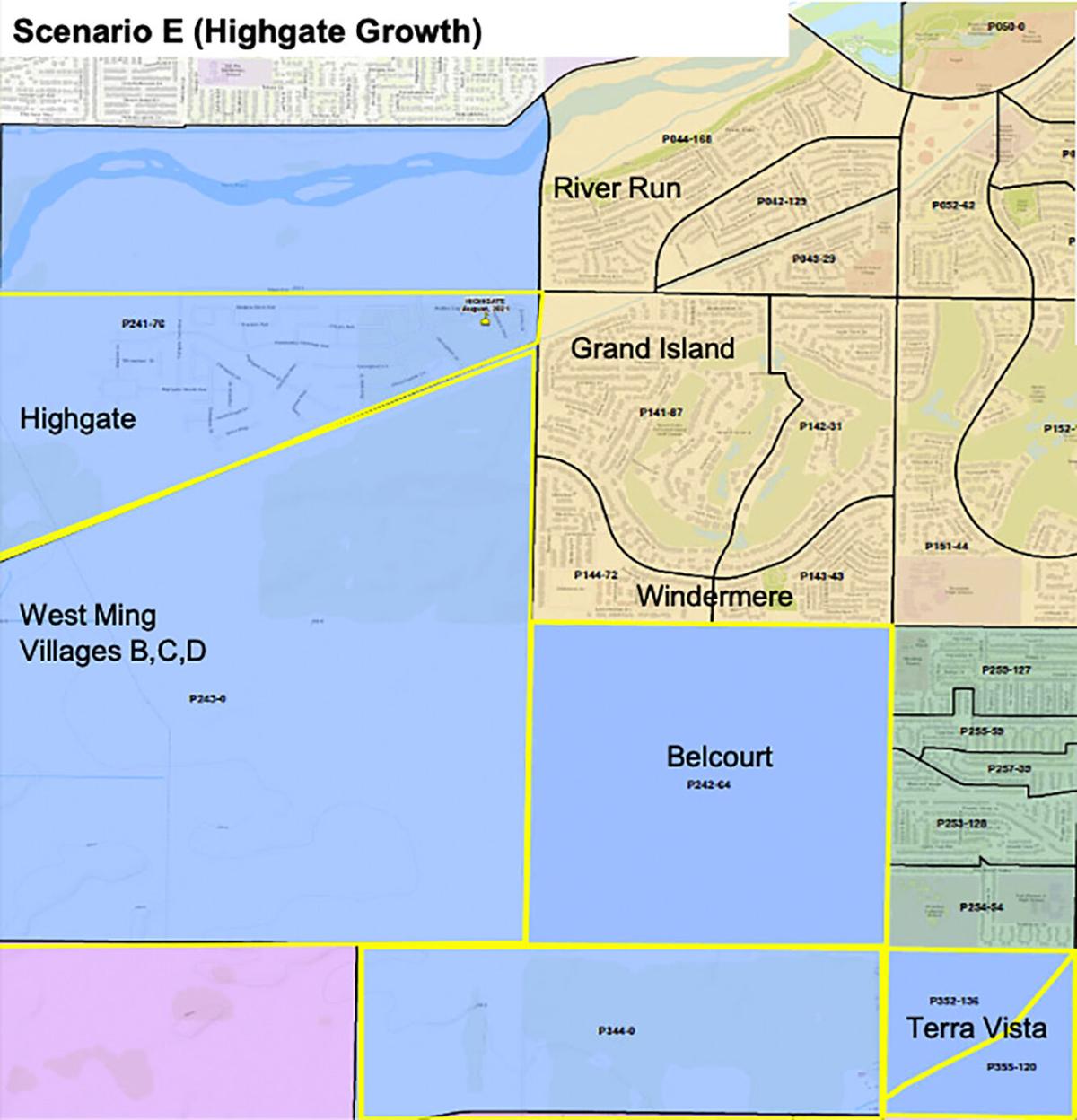 With the opening of a new elementary school, the Panama-Buena Vista Union School District was pushed to approve new school boundary changes on the western edge of Bakersfield. The parts shaded in blue will attend the new Highgate Elementary, tan will attend Reagan and pink will attend Buena Vista. Old River's boundaries in green remain unchanged.

With the opening of a new elementary school, the Panama-Buena Vista Union School District was pushed to approve new school boundary changes on the western edge of Bakersfield. The parts shaded in blue will attend the new Highgate Elementary, tan will attend Reagan and pink will attend Buena Vista. Old River's boundaries in green remain unchanged.

Bakersfield's developers have big plans for the far west neighborhood of West Ming. At its last meeting, the school board of Panama-Buena Vista Union School District approved new boundaries that give its newest school, Highgate Elementary, plenty of room to grow when students arrive from those yet-to-be-built homes.

Last week, the board unanimously approved a staff recommendation for Highgate Elementary's new borders for the school's August opening. Under this plan, the school is projected to open at 61 percent of its capacity with 396 students. The approved borders put to rest questions concerning west side expansion in Bakersfield and where students would be pulled from in order to fill the void created at Highgate.

"We needed to take a quicker look at the pace of residential development that's coming to West Ming," said Glenn Imke, assistant superintendent of business services for the district.

There are 76 students projected to come from the new Highgate development, just west of Allen Road and south of Ming Avenue. But Imke told the board that 5,000 homes of the new development south of Highgate in West Ming are expected over the next 10 to 15 years. In the next five years alone, the district expects 600 new students in Highgate's new boundaries.

At its last board meeting, the board had asked for boundaries that take this into consideration. Other proposals would bring a projected 511 to 659 students onto campus, which would put Highgate at or closer to capacity, but emphasized other factors like proximity to schools.

Students who live in the Belcourt community, which is currently zoned for McAuliffe Elementary, will attend Highgate. Parents at previous meetings spoke in favor of this move. A projected 256 students from Terra Vista will now attend Highgate instead of Buena Vista Elementary.

Several parents at Grand Island had spoken up in favor of remaining at Reagan Elementary since they had already experienced a boundary change from 2014. Their wishes were honored with this map.

"People are so invested in it, and they should be," said Jennifer Irvin, assistant superintendent of educational services.

District staff has been working on boundaries since fall. A set of four proposals were presented to the board Jan. 19 after holding listening posts with families and other stakeholders. After the last board meeting, board members took trips to tour the affected neighborhoods with staff. District administrators came up with two more proposals — including the one approved.

Administrators said redrawing boundaries was crucial to relieve the overcrowding at Reagan and Buena Vista elementary schools, which have borne the brunt of Bakersfield's west side expansion. Trustee Keith Wolaridge asked when they would have to go through the process of drawing boundaries for a new school all over again as a result of more growth.

Imke estimated about five years. By June 2026, Highgate will have 996 students, and it would be a completely full school with portables on campus. He said the district is looking at future school sites all over the place: West Ming, Buena Vista and south of Taft Highway.

"We know we need schools on that side of town," Imke said.

As PBVUSD plans for a new school's boundaries, it must consider Bakersfield's west-side growth