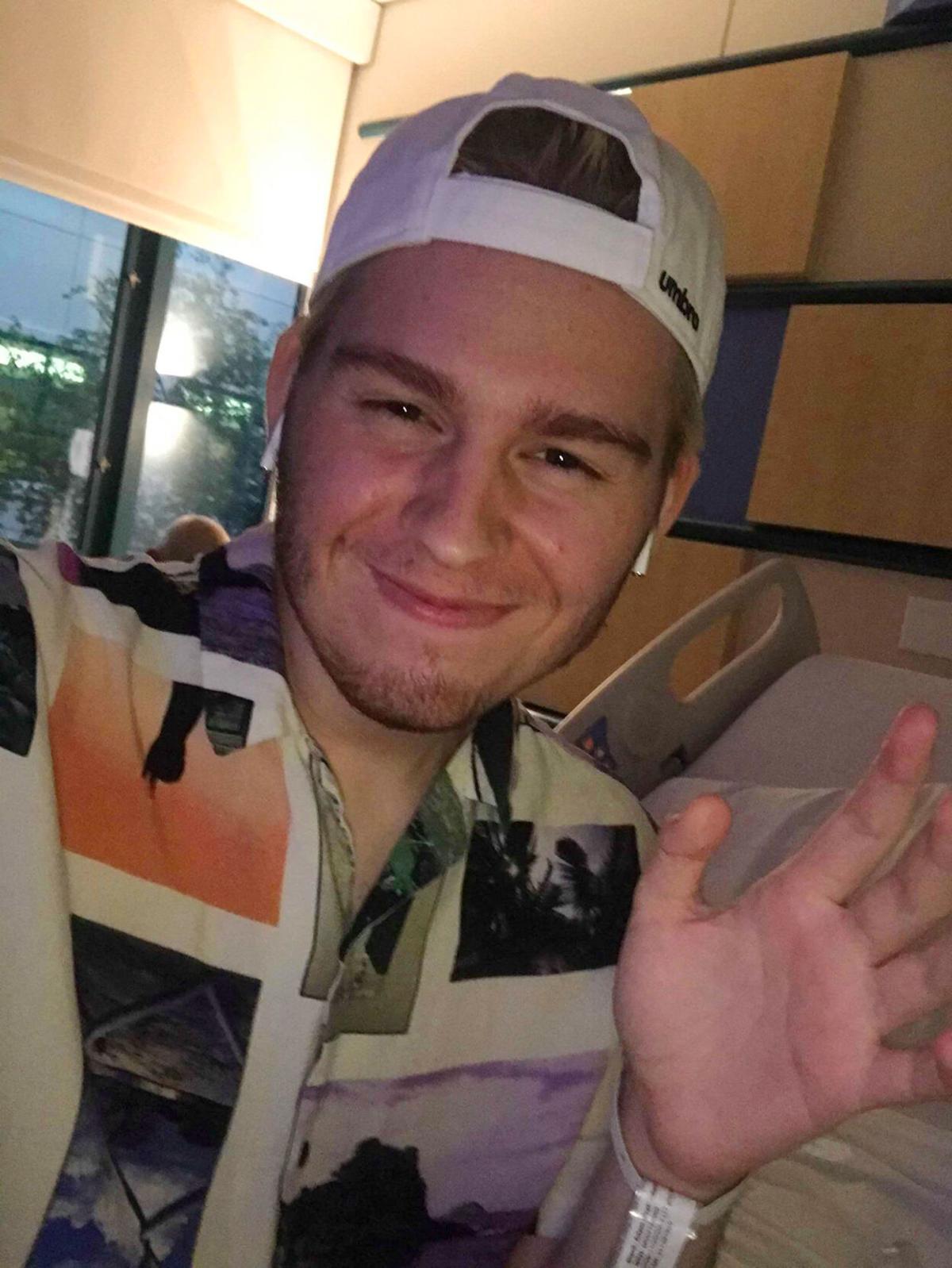 Adam Black in a recent photo. 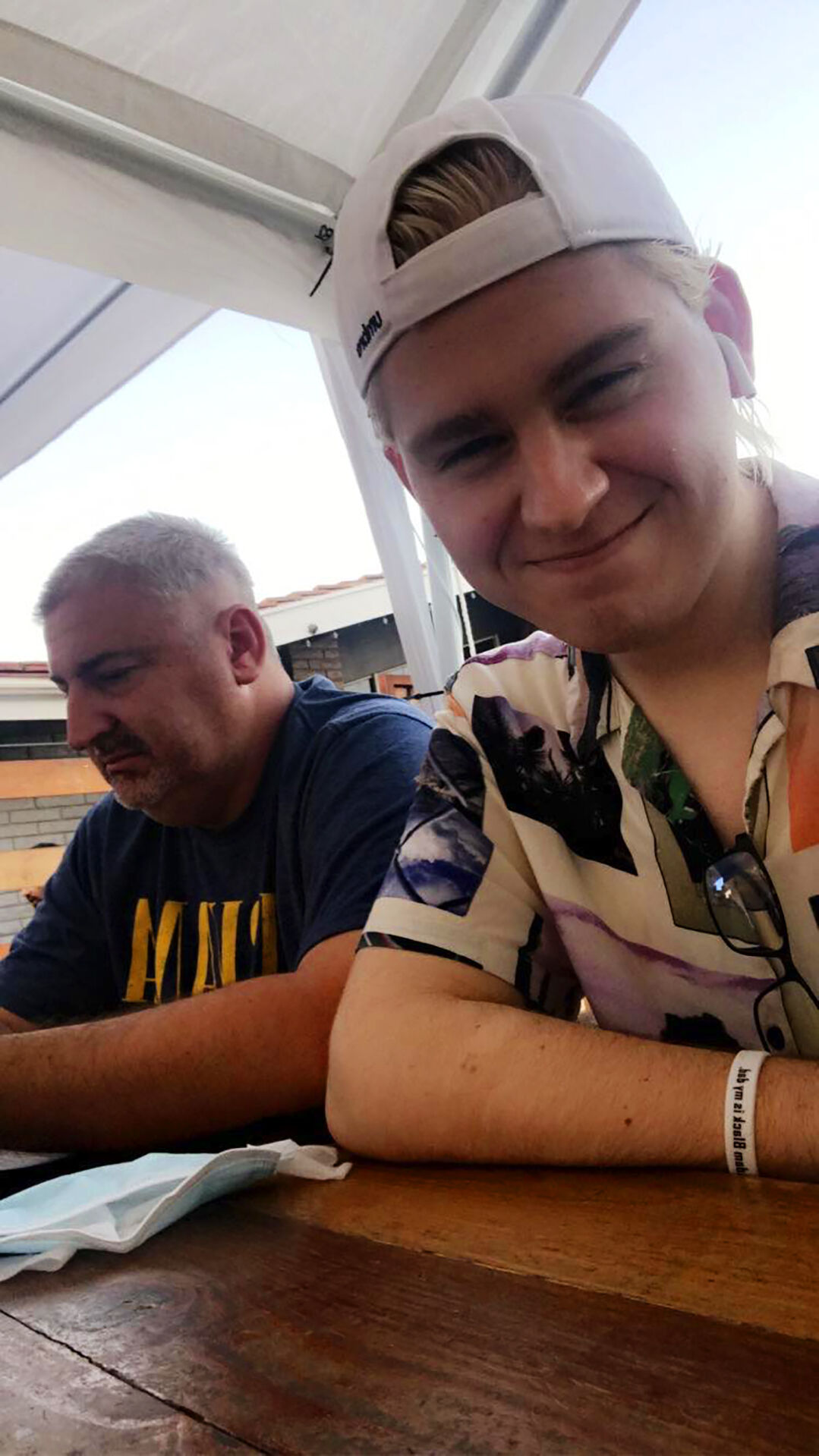 Adam Black, right, and his dad, Douglas Black, in a recent photo. 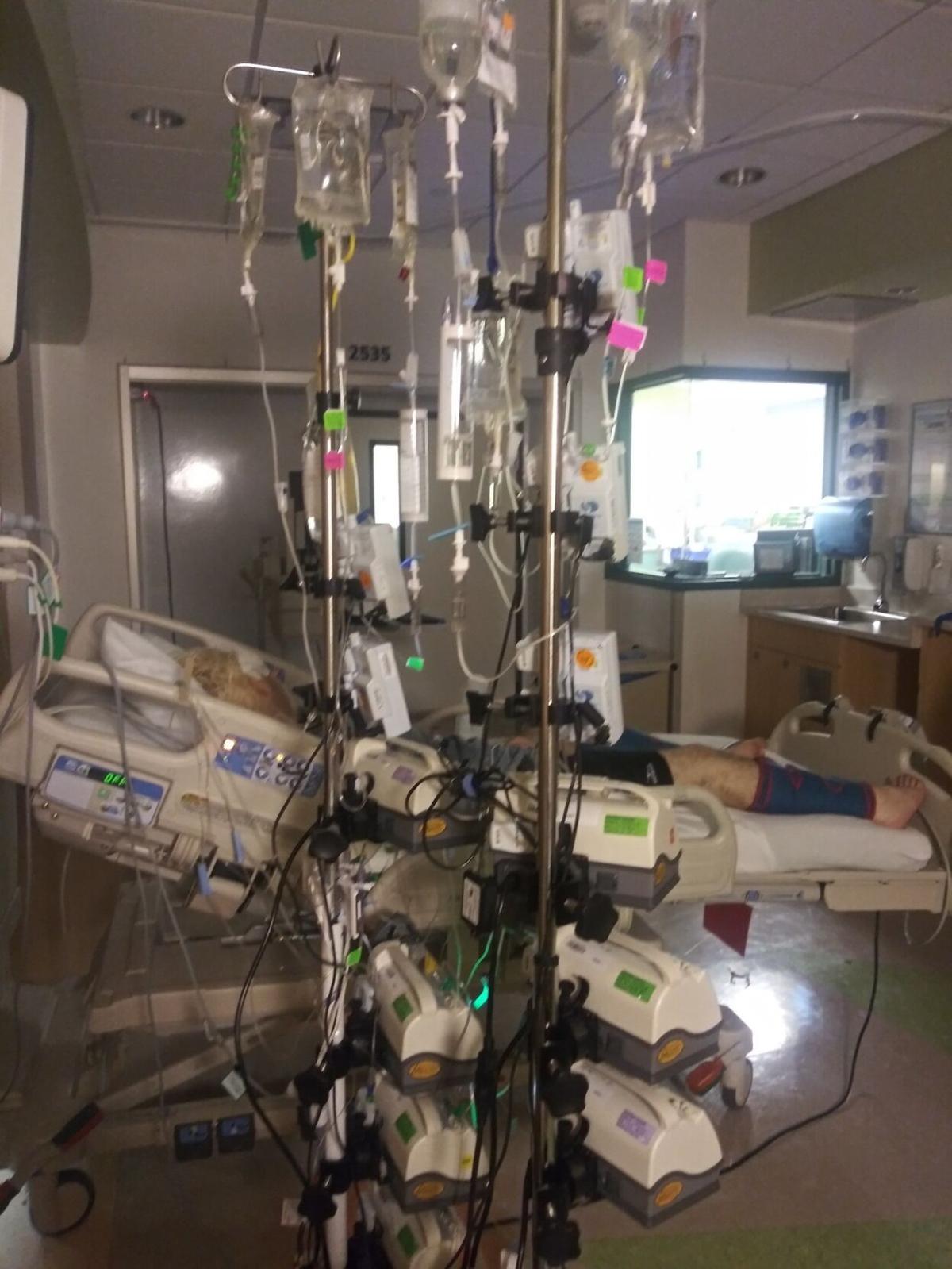 A photo taken by Douglas Black of his son Adam, 17, in an ICU bed early in his admission to Valley Children's Hospital with a rare syndrome in children related to COVID-19. 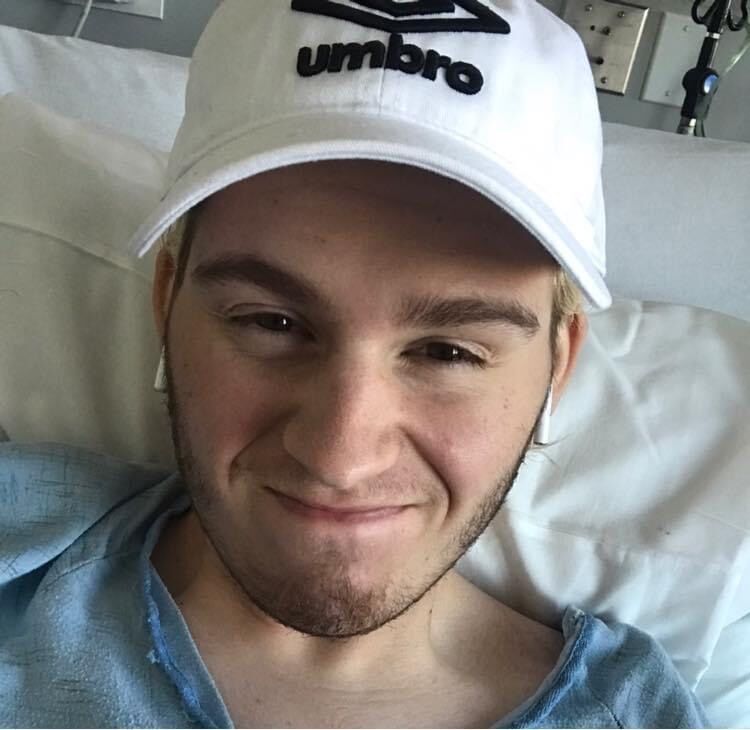 Adam Black, 17, of Bakersfield, in a photo posted to his Facebook page from his ICU bed at Valley Children's Hospital in Madera. He recovered from a harrowing battle with an inflammatory syndrome related to COVID-19.

Adam Black in a recent photo.

Adam Black, right, and his dad, Douglas Black, in a recent photo.

A photo taken by Douglas Black of his son Adam, 17, in an ICU bed early in his admission to Valley Children's Hospital with a rare syndrome in children related to COVID-19.

Adam Black, 17, of Bakersfield, in a photo posted to his Facebook page from his ICU bed at Valley Children's Hospital in Madera. He recovered from a harrowing battle with an inflammatory syndrome related to COVID-19.

Sick and sequestered in the COVID-19 intensive care unit at Valley Children's Hospital in Madera, Adam Black found inspiration in one of the songs from "Hamilton," the Broadway musical his drama class was supposed to see in May before the virus canceled everything.

In "My Shot," a 19-year-old Alexander Hamilton, who has just arrived in New York City and taken an interest in the revolution, sings about his life's ambitions to make a mark in the world and be remembered for it. He sings:

For Black, who is 17 and a theater enthusiast, it became a personal fight song, a reminder of what was at stake as he battled a life-threatening illness.

"I really find that song motivating and the message to me was clear. I had to keep fighting. I couldn't 'throw away my shot,'" Black said Wednesday, a little more than two weeks since he walked out of the Madera hospital to head home to Bakersfield.

Since then, he has spent almost all his time at home, resting and recuperating and preparing to start his senior year on Monday after enduring a life-threatening illness related to COVID-19, which he contracted in mid-June.

"It’s going to be a long road to getting back to 100 percent. But things are looking a lot better," Black said.

After a mild bout of COVID-19, Black developed Multisymptom Inflammatory Syndrome in Children, or MIS-C in early July, which causes severe inflammation to body systems including the heart, lungs, kidneys and other major organs. The illness is rare. As of Wednesday, 39 cases have been reported in California, according to the California Department of Public Health. Nationwide, 10 deaths from MIS-C and 570 confirmed cases were reported to the Centers for Disease Control and Prevention as of Aug. 6, the CDC website says.

In Black's case, the inflammation targeted his heart and blood vessels and the teenager had two serious episodes of arrhythmia, where the heart's electrical system malfunctions. Both times, doctors had to shock his heart in order to get it back into a normal rhythm.

The second time, Black remembers his grandma and he were chatting in his room when doctors came and said they had to shock his heart. They told him they would call his father, who had left to go shower at a nearby hotel. Black recalled he wasn't in any pain and didn't feel anything out of the ordinary.

"It went from me and my grandma just having a nice conversation to all these doctors and nurses being in my tiny little ICU room," Black said. "They told me your dad is on his way but we have to do this."

There were moments of intense pain, however.

Black remembered a feeling he had in the emergency room at Adventist Health Bakersfield right before he was transported to Madera.

"I remember I turned to my dad and said, 'I feel like I'm dying.' I had this weird sense something was really wrong at that point. I knew I wasn’t doing good," he said. He said he spent the hours-long ride to Madera clutching his chest in horrible pain and recalling how the paramedics were scared he may have a heart attack before they got him to Valley Children's.

He still struggles with low blood pressure on some days, Black said. Doctors are confident his blood vessels will relearn how to maintain pressure but it will take time, he said. One upside to having school online is that he wouldn't have been able to attend in-person classes for fear his blood pressure could drop and cause him to faint, he said.

He sometimes wondered how he, of all people, ended up with such a rare syndrome but now says he's just glad he was healthy enough to survive it. And he tries to apply that kind of outlook to his experience overall.

"It hasn’t necessarily changed me as a person but it makes me appreciate life a little more, to try to stay more positive," he said. "Every day in the ICU I would try to stay positive and that’s the only thing that helped me get through it … because there’s positives everywhere. We just don’t look at them all the time."

Adam Black, a 17-year-old Centennial High senior, loves the stage. In his sophomore year, he was nominated for a PEAAK Award for his portrayal…

It says right in the article, he went through a mild case of COVID-19 then developed this horrible syndrome. We need to open our eyes and quit saying every illness is COVID-19. This is an awesome story of a tough and brave kid battling an unfortunate syndrome but let’s not involve COVID-19.

Covid's bad folks.... protect yourselves.........he's just a kid....... "paramedics were scared he may have a heart attack before they got him to Valley Children's."