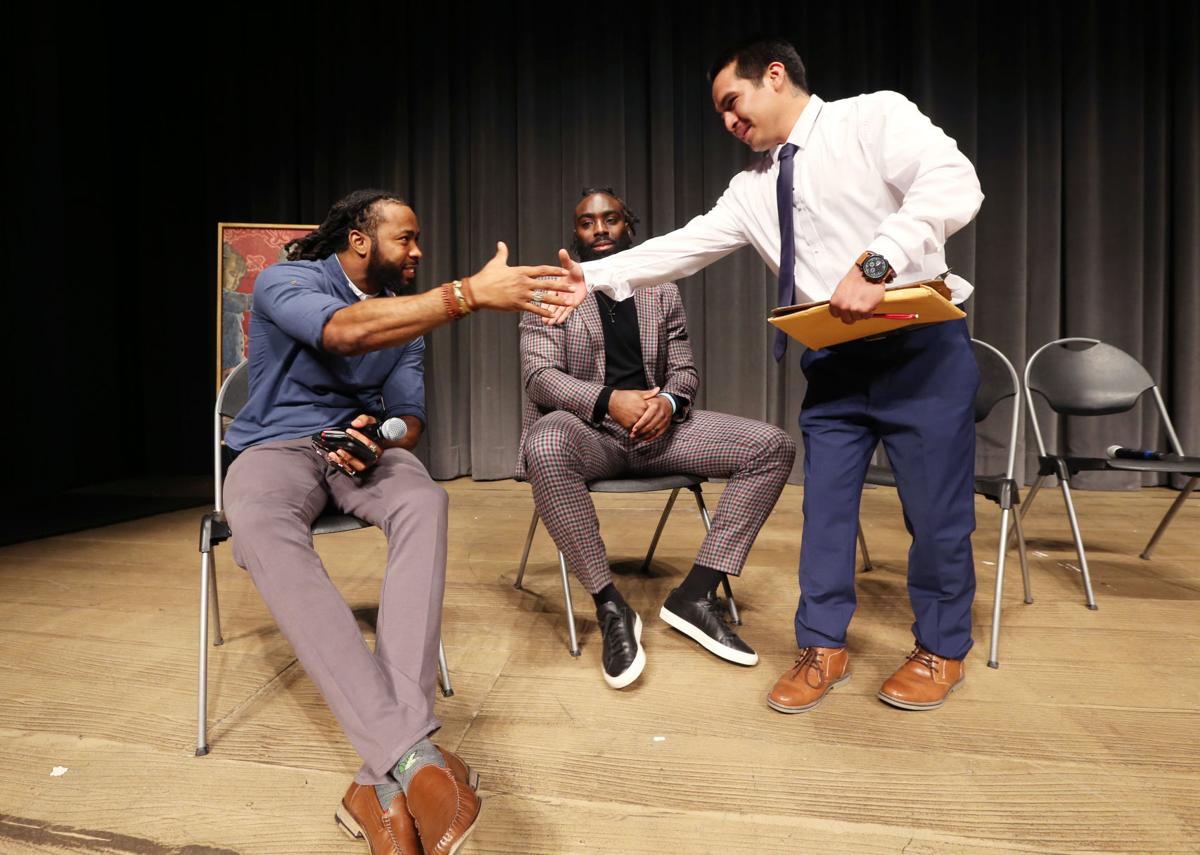 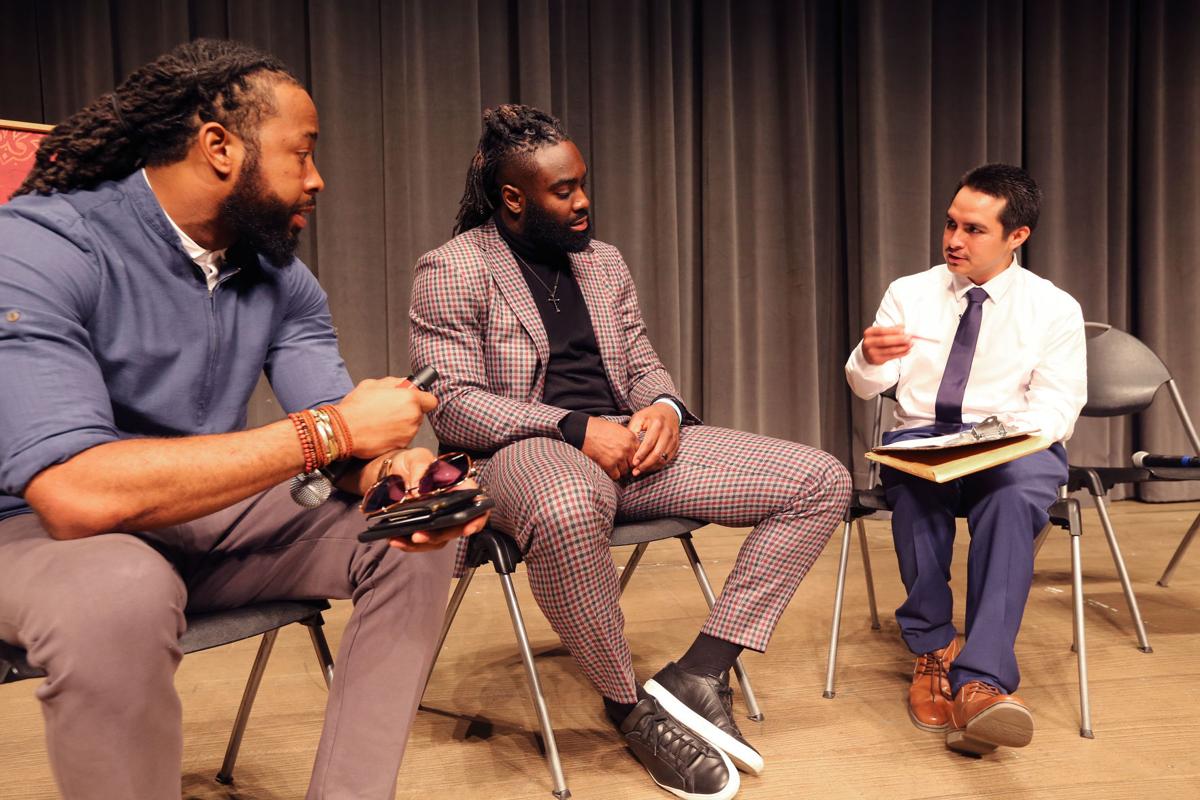 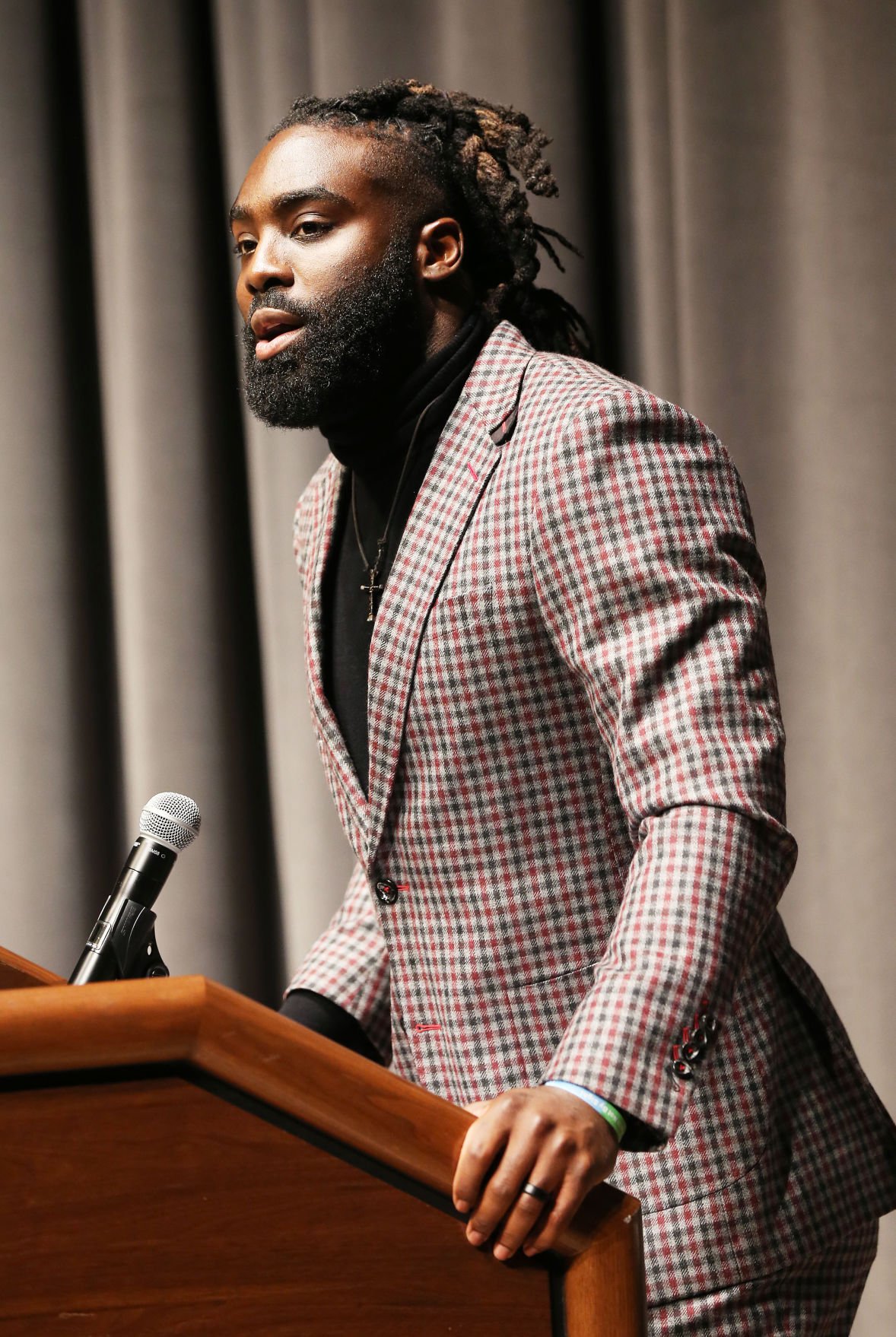 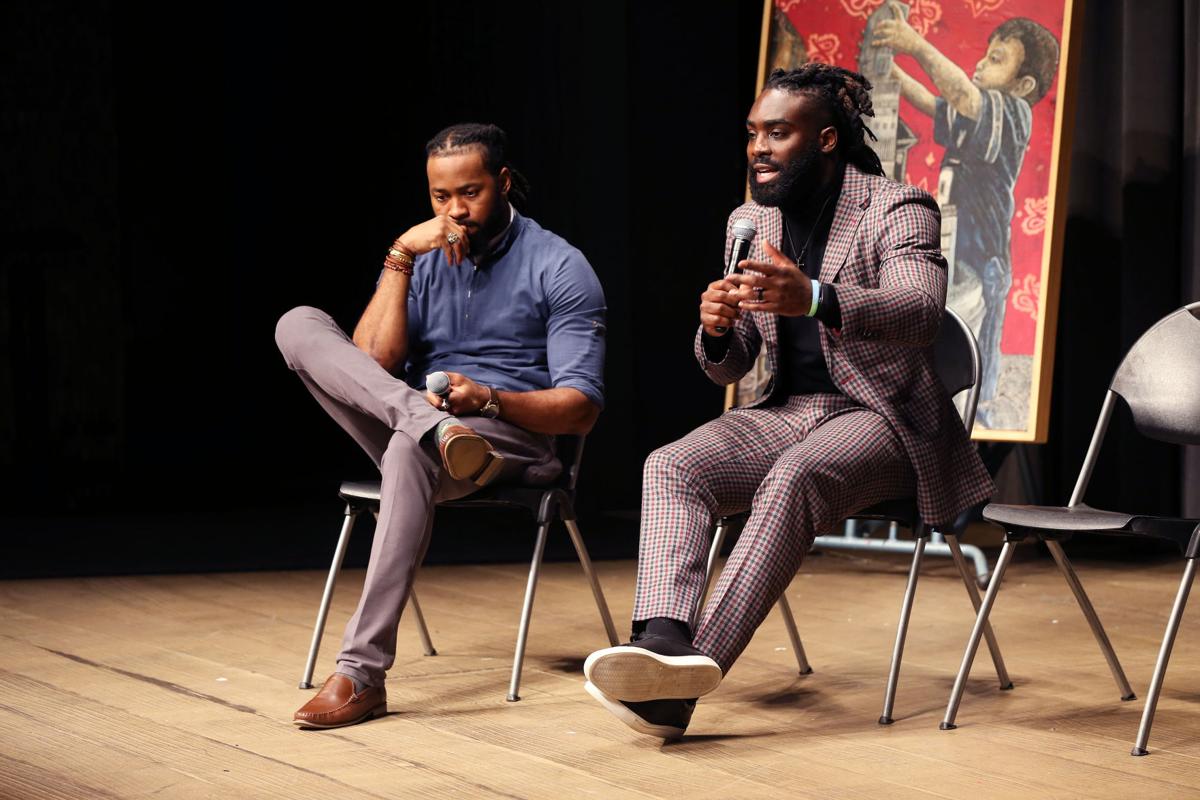 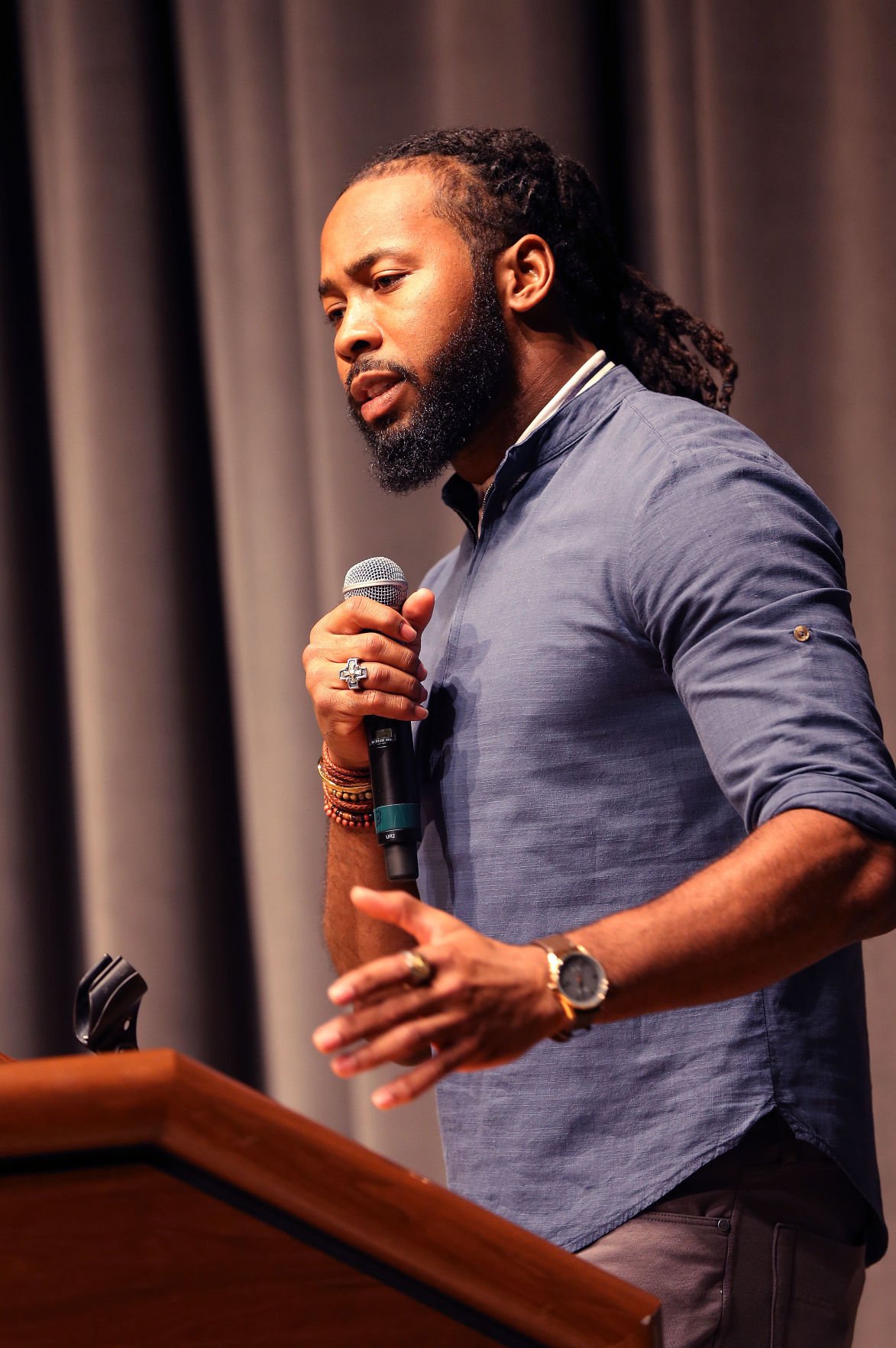 Four months ago, Bakersfield College student Jose Bello was confined inside the Mesa Verde ICE Processing Facility after reading a poem critical of the federal agency. On Tuesday, the student activist welcomed the two NFL players who freed him to the BC stage.

“I can’t even explain in words just how thankful I am to be able to be here today in front of this audience, sharing the stage with such influential people,” Bello told Washington Redskins cornerback Josh Norman and New Orleans Saints linebacker Demario Davis shortly after meeting them for the first time at BC’s Indoor Theater. “I look up to you all.”

Davis and Norman came to Bakersfield to participate in an event organized by Bello called “Dear America, A Social Justice Conversation.” Named after a poem the 22-year-old read to the Kern County Board of Supervisors during a public forum in May, the gathering sought to open a dialogue between BC students about a wide range of social justice issues, including the country’s immigration policy. About 75 people appeared to be in attendance for the morning portion of Tuesday’s event.

It also provided an opportunity for Davis and Norman to speak out in Bakersfield for the first time since they paid Bello’s $50,000 bail to release him from custody as his deportation proceeding makes its way through the court system.

The pair managed to squeeze in the appearance in the midst of the NFL season, highlighting how important the issue is to the athletes, who belong to a nonprofit organization comprised of NFL players called The Players Coalition.

“We play football for a living, but that’s not who we are,” Davis said. “We’re human beings first, and having compassion, speaking out on issues when people are being wronged is important to us.”

“People don’t realize we don’t have that much time on our hands,” he said. “And to be able to come out here and share a little bit of that with Jose and what he’s fighting for means everything to us.”

Since being released, Bello has started advocating for the immigrant community in Bakersfield. He is the president of the BC chapter of Youth Empowering Success, a student organization that serves foster and homeless students, and has spoken at various events.

Norman and Davis described being inspired by Bello’s work, especially when it comes against the backdrop of ICE raids and mass immigrant detentions that have taken place across the country over the last two years.

“No matter what you do, or who you are in this world, you can change the outcome of what you are being plagued with,” Norman said. “And right now (Bello) is being plagued with a lot of things that could hinder him going forward. But he said no. He wanted to go forward and make something of himself. And show the world that he belongs here.”

Bello, who was brought to the U.S. when he was 3 years old, was first arrested by ICE in 2018. Friends and supporters raised the $10,000 necessary to post his bail.

He was arrested a second time a year later. ICE claims a drunken driving charge from January contributed to his arrest; however, Bello’s lawyers say the real motivation was the poem Bello read to county supervisors 36 hours before his incarceration.

Davis said he hoped their actions on Tuesday would help shine a light on the situation.

“We don’t have to save all families, but we can save a family. And if everybody takes that mentality, then all the families will eventually be saved,” he said. “That’s what we want to do, is motivate people to get off the sidelines and get in the game.”

UPDATED: BC student out of ICE custody after two NFL players post his bail

Jose Bello, the Bakersfield College student who was arrested by immigration authorities after reading an anti-ICE poem in May, has been releas…

Rooting on the Hat Trick....

I knew this would chafe Bakersfield. Worth it.