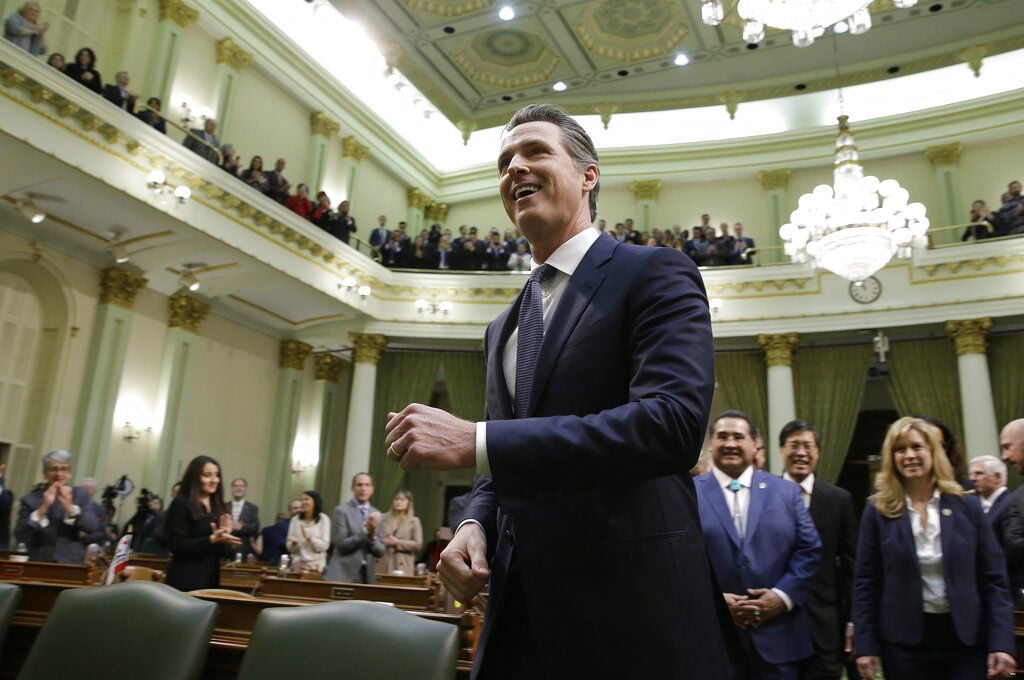 In this file photo, California Gov. Gavin Newsom walks up the center aisle of the Assembly Chambers to deliver his first State of the State address to a joint session of the legislature at the Capitol Tuesday, Feb. 12, 2019, in Sacramento, Calif. 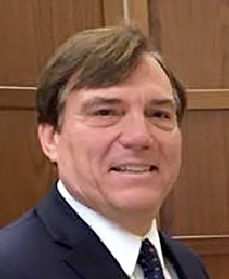 In this file photo, California Gov. Gavin Newsom walks up the center aisle of the Assembly Chambers to deliver his first State of the State address to a joint session of the legislature at the Capitol Tuesday, Feb. 12, 2019, in Sacramento, Calif.

Gov. Gavin Newsom has ordered the firing of California's top oil regulator after environmental activists reported a recent spike in state fracking permits and allegations that senior officials within the Division of Oil, Gas and Geothermal Resources own stock in petroleum companies they oversee.

The letter also instructed Crowfoot to make sure DOGGR officials and contractors "who own any oil or gas stocks" recuse themselves from permitting decisions until they are cleared by a conflict-of-interest review based on new rules being created by the division's parent agency, the Department of Conservation.

O'Leary further ordered Crowfoot to "continue at full pace" his ongoing investigation into claims DOGGR employees own interests in energy companies, "which would constitute actual or apparent conflicts of interest, and take the maximum disciplinary action appropriate under law."

"The governor is taking these actions today because he has learned that since January 2019 well stimulation (fracking) permits have increased without his knowledge," the letter states. "The governor has long held concerns about fracking and its impacts on Californians and our environment, and knows that ultimately California and our global partners will need to transition away from oil and gas extraction."

"In the weeks ahead," she continued, "our office will work with you to find new leadership of DOGGR that share this point of view and can run the division accordingly."

The Western States Petroleum Association, one of California's leading oil trade groups, attributed the surge in fracking permits to the resolution of a bottleneck in the approval process.

"Our industry produces energy under the toughest environmental, health and safety standards in the world," she stated. "As important as oil and gas production is to our state’s energy future and the communities in which we operate, all involved should be held to the highest standards of conduct.”

Another trade group, the California Independent Petroleum Association, issued a statement saying Newsom can appoint the people he deems best for the job. But it also asserted he "should reject the activists who want to end domestic production of oil and simply import more crude from Saudi Arabia. That just hurts the Central Valley and its workers."

Thursday's letter is the latest indication Newsom is taking a more anti-oil stance than his predecessor, former Gov. Jerry Brown.

The oil industry underwent an uncomfortable regulatory overhaul under Brown but was able to stave off calls by environmentalists and coastal lawmakers for a halt to drilling. Earlier this year, the governor earmarked $1.5 million for a study that would look for ways to cut California’s domestic oil supply.

"DOGGR has been constantly attacked, had other agencies assigned to review all their work and has been constantly turned over via political grandstanding," Hathaway wrote. He added that if the dismissal is an indication of how Newsom will work with the state's oil industry, "the energy future of California is in a very dangerous position."

State Sen. Shannon Grove, R-Bakersfield, said in a written statement the governor should have conducted a full investigation before firing Harris.

"(Newsom) is allowing trial lawyers and radical environmentalists to run roughshod over an industry that employs more than 300,000 people in this state and is integral to the Central Valley economy," she stated.

“This is a serious injustice," she continued, "and if it is indicative of how the governor chooses to work with the oil industry, the future of California’s economy is in a very dangerous position.”

"Every governor has the prerogative to choose who they best see fit to lead state agencies," he said. "In my district, working people are just trying to find good paying jobs to support their families. I hope that Governor Newsom listens to the facts and science when making these decisions, not the political pressures of the moment.”

The group also took issue with the agency's longstanding practice of hiring from the ranks of California oil producers. In years past, DOGGR defended the practice as the only way to meet increased staffing requirements while also putting in place employees with a working knowledge of technical oilfield matters.

Additionally, the coalition noted DOGGR approved 2,365 new petroleum well permits and 191 fracking permits between Jan. 1 and June 3. While the total well authorizations were up about 30 percent from a year earlier, the fracking permits more than doubled over the same period in 2018.

Fracking, also known as hydraulic fracturing, is a well-completion technique in which sand, water and a small concentration of sometimes toxic chemicals is pumped underground at high pressure to release oil and gas deposits. Environmentalists contend the practice risks harming groundwater and air quality.

In a news release, one of the coalition's members, Kyle Ferrar, western program coordinator for FracTracker, called for an end to California oil permitting, linking it to global climate change and reports drilling threatens the health of nearby residents.

"Given that Governor Newsom has expressed concerns over climate change and its impact on Californians' health and well-being, he would be wise to use this opportunity to lead his administration in reducing extractive oil and gas activities within the state, rather than continuing to grant permits," Ferrar wrote.

In a clear threat to one of Kern County's economic pillars, California took a tentative first step toward cutting in-state oil and gas product…