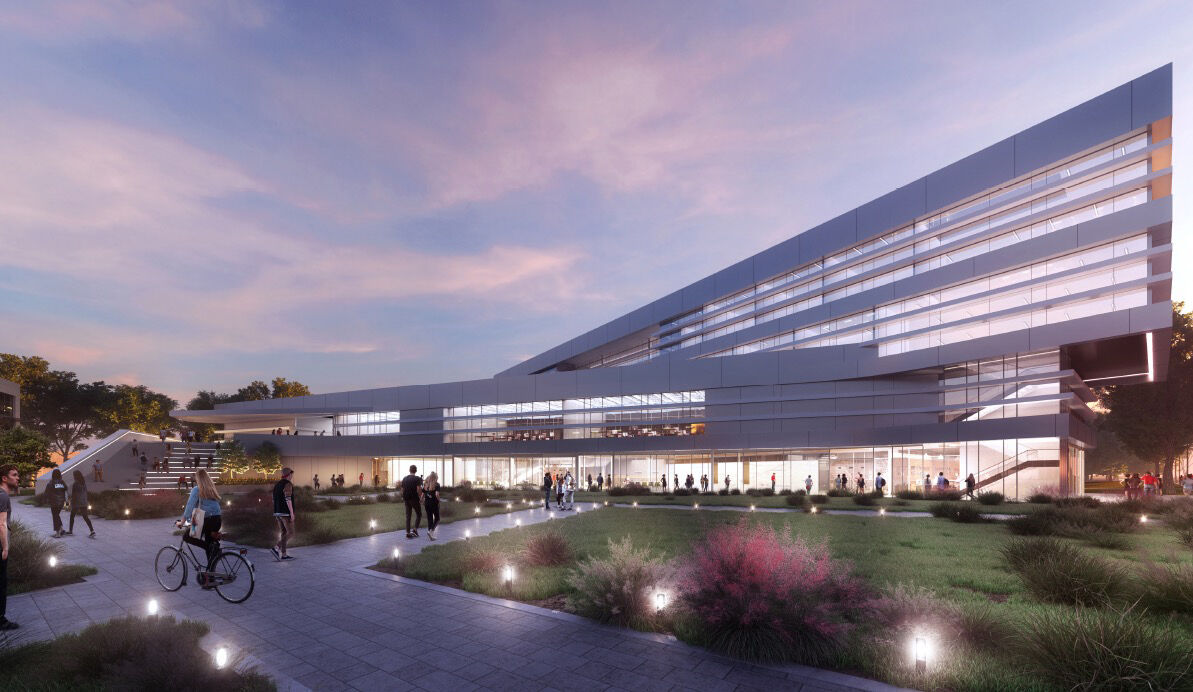 Gov. Gavin Newsom called for a mix of investments Monday to support California's — and specifically Kern's — transition from petroleum to renewable power, including $83 million toward construction of an energy innovation center at Cal State Bakersfield and $215 million to train displaced oil workers and pay them to cap abandoned wells.

Among other spending on climate priorities like transportation, the governor plans to set aside $450 million over three years for helping communities become more resilient. Kern is seen as a leading candidate for such money after Newsom last year highlighted the county's B3K Prosperity economic collaboration.

Other Newsom budget proposals disclosed Monday could affect Kern's climate and economic transition by fueling the county's state-leading green energy portfolio. The governor requested $380 million for long-duration energy storage, such as has been proposed locally.

Plus, the governor asked for $750 million in tax credits over three years for California-based companies "that are working to mitigate climate change" — a potential opportunity for local oil producers already proposing to capture and bury carbon dioxide in Kern oilfields.

Final decisions on the budget are months away and not entirely up to the Newsom administration. The governor's plan starts the formal conversation.

The single largest award proposed locally would help fund construction of a 74,000-square-foot research and development center that's been a goal of CSUB for years now.

"Bakersfield, Kern County is the center of this transition to low carbon, green growth," Newsom said toward the end of his public address on the budget Monday.  He called CSUB a "remarkable CSU" and noted he has visited it during the pandemic.

Noting its alignment with B3K's support for renewable power, University President Lynnette Zelezny said the center will be a hub of excellence in an energy epicenter, serving students in science, technology, engineering, math and entrepreneurship.

There will be 17 lab spaces and dozens of faculty and staff offices, with opportunities for collaboration with local companies. Zelezny said she expects it to lead to internships and well-paying jobs.

"There's no limit to what it could be," she said, adding that if the state money comes through, then the university expects to revisit potential donors that have expressed interest in the project.

"I appreciate the governor sees the vision and trusts us with it," Zelezny said.

To that would be added a one-time commitment of $15 million for training displaced oil workers to cap wells, and $50 million for a fund the governor's office said by email "aims to provide short term supports but also helps gather information and understand other ways to effectively provide support." Other workforce investment proposals in Newsom's budget plan included $60 million over three years to fund low-carbon economic workforce grants.

Reaction was mixed to local aspects of Newsom's climate-transition proposal. Some said the state should do more to support the transition, and come down harder on the oil industry, while others emphasized the value in-state oil production holds in Kern.

An organization that has promoted helping local workers transition away from oil to other industries, the Center on Race, Poverty & the Environment, said it will ask the administration to increase the allotment for replacement wages, health care and training for displaced oil workers "and ensure that communities impacted by the transition also receive funding to replace any fossil fuel tax base and maintain vital public services."

County Chief Administrative Officer Ryan Alsop said by email the money Newsom wants to give CSUB shows the governor understands Kern anchors California energy, adding that the proposed innovation facility will be "a symbol of our county's position as an oil, gas and renewable energy leader."

Alsop alluded to a point of contention between the governor and county officials who condemn Newsom's attacks on Kern-centric oil production. He noted oil jobs pay much better than the county's average employment and that most of Kern's top payers of property tax are petroleum companies.

"Right now, we are fighting to keep these high-paying job opportunities provided by the industry here, as well as the crucial tax revenue used to fund essential quality of life services such as law enforcement and other vital public safety services that our residents expect, and demand," he wrote.

State Sen. Shannon Grove was more critical, saying in a news release the proposed budget would overtax and over-regulate California.

"I am also strongly opposed to the governor’s continued war on the state’s oil and gas industry, which provides good jobs for thousands of families and energy security for all Californians," she stated. "The governor and the majority party must prioritize the immediate needs of Californians, instead of focusing on their utopian Government controlled state."

CEO Ellie Cohen of advocacy group The Climate Center applauded Newsom's proposal to invest a total of $22.5 billion over five years and commended his emphasis on helping the most vulnerable residents. But she said "significantly more" money should be spent on clean, safe, resilient, locally developed energy resources. She also urged the governor to use exec powers to halt all new oil and gas infrastructure permits "and pursue a just transition for impacted workers and communities."

Director Brandon Dawson of Sierra Club California said that although many investments proposed Monday would mitigate the worst impacts of climate change, there also need to be "strong regulatory actions" to address petroleum and other polluting industries.

"The state must hold these industries accountable and ensure they foot the cost of remediation," he said in a news release, "not the taxpayers."

Editor's note: This story has been changed to correct the size of the proposed center at CSUB.

Contained in the state budget Gov. Gavin Newsom proposed this week is a financial olive branch intended to help resolve a conflict between Ker…